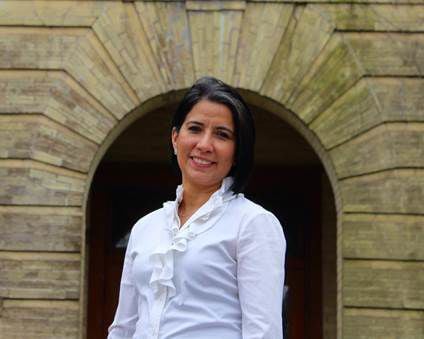 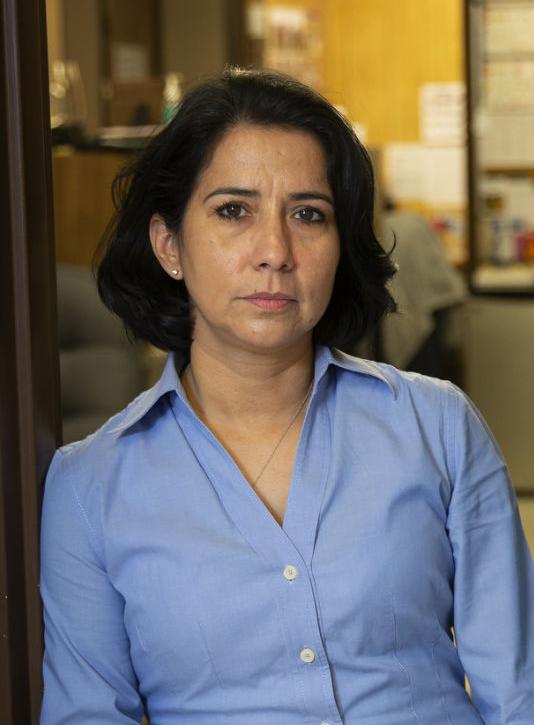 In that time, Rendon-Wasicek has served as a dispatcher, patrol officer, field sergeant, felony detective and cold case investigator, among other duties.

“I like to think of leading from the ground up. I think it’s a great perspective,” she said.

Thursday, Rendon-Wasicek announced her plans to run for the office of Victoria County sheriff in the 2020 election as a Republican candidate. If elected, the 47-year-old Placedo native, Bloomington High School graduate and lifelong county resident would be the first woman to serve as sheriff in Victoria County.

“I try to never forget where I came from,” she said.

So far, no other candidates have announced their intent to seek or raise campaign funds for that office, including Republican four-term incumbent Sheriff T. Michael O’Connor.

Her husband, she said, is serving as her campaign treasurer.

The deadline for filing is Dec. 9.

Born to a stay-at-home mother and father who spent decades in the military, Rendon-Wasicek said her childhood in Placedo was humble, happy and hugely influenced by her family.

“We were poor; I just think we didn’t know it,” she said, adding both parents later worked for Victoria’s school district.

From a young age, Rendon-Wasicek knew she wanted a different kind of future than previous generations of women in her family who filled more traditionally feminine roles.

“I knew I was different when I was about 8 years old,” she said. “I remember my ... grandfather sitting down from coming home from work, and my grandmother went to take his boots off. I was like, ‘I will never be that.’”

It wasn’t that she was rebellious, she said.

Rather, Rendon-Wasicek said she simply has always possessed a driven personality.

“Going to college was never a question,” she said.

“It was the best decision I could have made,” she said.

Years later, she served as an investigator for the Victoria County Sheriff’s Office. Currently, she works as a police detective and plans to continue in that position through campaign season.

Those accomplishments made her not only the first in her family to graduate from college but also the first peace officer.

In the late ‘90s, there were still few women in law enforcement, she said.

“There were comments and things, but it made me just want to prove myself more,” she said. “Although already we were starting to make that transition into a more progressive world, we were still stuck in some of the career paths.”

Rendon-Wasicek said she overcame those challenges associated with being one of the few female officers on the force through “pure grit.”

“The guys knew I was pretty no-nonsense,” she said.

But she also admitted times have since changed for the better.

At a recent vehicle crash where backup was yet to arrive, Rendon-Wasicek, who was directing traffic, recalled seeing two female officers arrive to take over for her.

That sight, she said, filled her with pride.

“They came out of their cars stepping hard into that accident, going, ‘We got this. Let’s do this,’” said a beaming Rendon-Wasicek. “You could just see their confidence.”

And it’s interactions like those, she said, that have reminded her that her decision to enter law enforcement was the right one.

After all, she’s always found opportunities in her day-to-day duties to learn from people, whether Victoria County citizens or her “brothers and sisters in blue.”

Despite the inevitable contact with people at their worst, Rendon-Wasicek said she considered the relationships and conversations as an invaluable benefit to her career and life.

“I’ve had some really positive contacts with people ... That is probably the biggest thing – the interactions,” she said.

While Rendon-Wasicek said she still has an appreciation for those kind of interactions, she admits she’s ready to expand her role in serving her community.

“I have been a servant of this community for so long that I want to continue that,” she said. “It’s just going to be a different position.”