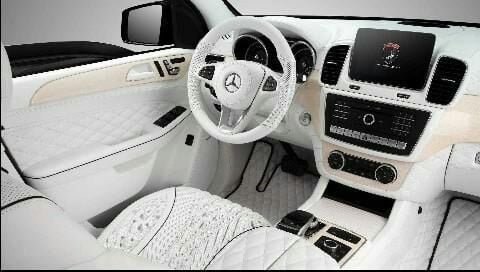 A photo of a 2019 Mercedes-Benz's interior that Betty Anderson was promised from men claiming to represent Publishers Clearing House. 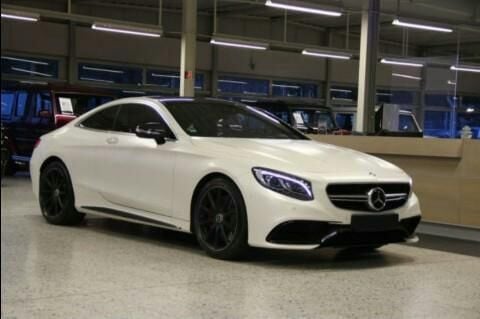 A photo of a 2019 Mercedes-Benz that Betty Anderson was promised from men claiming to represent Publishers Clearing House.

A photo of a 2019 Mercedes-Benz's interior that Betty Anderson was promised from men claiming to represent Publishers Clearing House.

A photo of a 2019 Mercedes-Benz that Betty Anderson was promised from men claiming to represent Publishers Clearing House.

After attempting to rope Betty Anderson into withdrawing thousands of dollars from her bank account, phone scammers kept calling her six, seven or even eight times a day.

“I noticed he had the same last name,” Betty Anderson said. “Very odd.”

To claim the prize of a lifetime, Michael Anderson instructed Betty Anderson to call a man named Tony Miller who would collect the luxury car from a dealership in Corpus Christi and deliver it to her door in Victoria. She was also told to call a bank named TD, for which Michael Anderson could not provide the full name or spelled-out acronym. She was supposed to withdraw a cashier’s check to pay for the taxes on the prize herself.

Betty Anderson then asked the man on the other end of the line where he was calling from. When Michael Anderson said Las Vegas, she hung up.

Over the past year, her late husband David Anderson had done about 80% of the couple’s Christmas gift shopping through Publishers Clearing House to avoid going out to shop — jewelry for the women, knives for the guys and toys for the kids. Her husband then unexpectedly died from a heart attack at MD Anderson hospital in Houston.

Betty Anderson said she believes her husband’s recent shopping with Publishers Clearing House and his death are part of the reason the scammers came for her.

After the scammers called repeatedly without Betty Anderson picking up, they also began to block their numbers while attempting to reach her so that when she received a call, her phone would read No Caller ID.

Other people in Victoria that Betty Anderson knows have been the target of similar phone scams, she said.

Reports of scams like this are reported frequently, said Senior Police Officer David Brogger, spokesman for the Victoria Police Department.

Of all the scams that occur, BBB Regional Director Katie Galan said they are often not reported.

This type of scam affects people 65 years old and older most, according to the BBB, and combined Federal Trade Commission and Internet Crime Complaint Center reports of scams totaled $170.4 million nationwide in 2019.

Brogger also said if someone thinks they might be involved in a scam, they can independently call the business to verify the prize.

“If it sounds too good to be true, then it probably is,” Brogger said.

How to report potential phone scams

Shame on The Victoria Advocate for allowing third-party scams into their newspaper!!! Poor Betty- I did the same thing. I had a Publishers Clearing House envelope rolled up with my Victoria Advocate. I fell for the hype- of everyone winning the dang lottery, plus Publishers Clearing House is a known sweepstake that is "somewhat" reputable. So I said, what the heck. I filled out the same information as Betty in the article and mailed it out. All-of-a-sudden I get FLOODED by spam email, and I get a mysterious call from a man that stated that I had some "winnings" from last year in June that they are holding for me. Of course- I knew right away it was a scam so I tryed to play along to get more info- but he knew right away too. I told him that I never entered the sweepstakes last year, but I did just send one last month. He asked me how long I have had the phone number I was using, I told him many years and then he hung up. The Victoria Advocate should stand up for the community members who buy their newspaper. It was so easy because it came with my "trusted" News Paper. I can only imagine if I was old and didn't have the help to determine what is legitimate or not. Shame on Victoria Advocate for allowing their customers to be dupped. Just Say no to third-party ads to be included in your NewsPaper!!! Culpable, really.

Hi there - Thanks for reaching out and sharing your concerns. I'm so sorry to hear this happened to you. I will pass on your comments to management so they are aware of the situation. Thanks, and all best, Ciara McCarthy, Advocate reporter