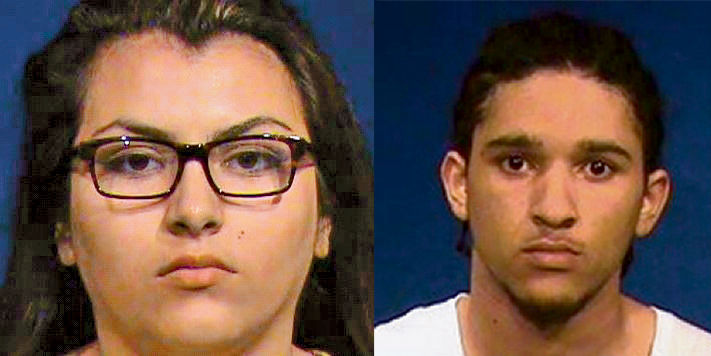 Marissa Nicole Martinez and Braylen Wayne Snell were cleared of all charges on Tuesday. 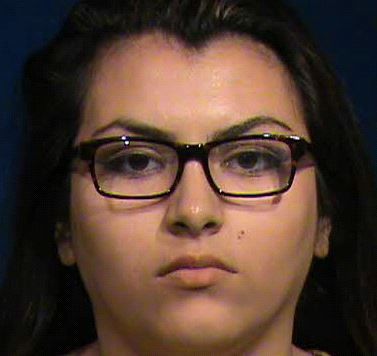 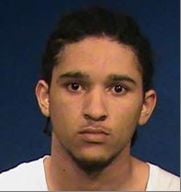 Marissa Nicole Martinez and Braylen Wayne Snell were cleared of all charges on Tuesday.

Two Victoria murder defendants who were accused of assisting a convicted killer will no longer face prosecution after their charges were dismissed Tuesday.

District Judge Eli Garza signed motions to dismiss charges against Marissa Nicole Martinez, 22, and Braylen Wayne Snell, 22, at the request of Eddie Wilkinson, who was appointed to prosecute their cases in February.

“I don’t believe in trying to convict someone of murder when you don’t have the evidence,” Wilkinson said Wednesday.

Jones was sentenced to 30 years in prison after jurors convicted him of murder in October.

Before abandoning the charges, Wilkinson explained his decision and reasoning to Ramirez’s mother, Dederia Bates, 40, of Victoria, as a sign of respect, he said.

Nevertheless, Bates said she was not pleased to see Martinez and Snell free from prosecution.

“I’m not happy about it, but there’s nothing I can do about it,” she said Wednesday.

First-degree felonies can carry a sentence ranging from five to 99 years or life in prison and up to a $10,000 fine.

A district judge appointed Wilkinson to serve as prosecutor in all three cases months before Jones’ trial after Victoria County District Attorney Constance Filley Johnson recused herself from prosecuting them.

Filley Johnson, Wilkinson said, sought that recusal to avoid conflicts of interest because she had defended Martinez before her election.

According to court documents, Martinez was represented by Filley Johnson’s father and former Victoria County district attorney George Filley III, who could not be reached for comment.

Former Victoria County district attorney Stephen Tyler obtained the indictments against Jones, Martinez and Snell before losing the office to Filley Johnson in 2018.

Snell’s attorney, Brent Dornburg, said the indictments against his client and Martinez should never have been sought in the first place.

“Mr. Snell was 100% absolutely not guilty of the offense,” he said.

“He is relieved,” Dornburg said of his client. “You should always be concerned when you have any charges pending.”

During Jones’ trial, witnesses testified that Jones smashed a bottle over Ramirez’s head and then slashed his throat during a struggle after a drug deal went bad outside Ramirez’s home.

Wilkinson said that Jones had sought to obtain drugs from Ramirez by any means possible.

Martinez drove Jones to the home, and Snell was riding with them as a passenger.

“The only real evidence against Marissa was she drove a car that contained Raheem to the location,” Wilkinson said. “You have to show that they helped in killing him.”

What was less clear, he said, was whether Martinez and Snell thought they were participating in a drug buy or a robbery.

While Martinez and Snell may have shared some culpability in Ramirez’s killing, Wilkinson said, prosecution was simply not possible because evidence connecting them to the murder was lacking.

From nearly the beginning of their cases, there were problems in finding and collecting sufficient evidence, he said.

During an interview with Martinez, former Victoria police detective Jason Stover obtained her cellphone password without her attorney present.

“Some officers operated illegally,” he said.

And when Martinez testified against Jones in trial, she did so with an immunity agreement from Wilkinson that prevented him from using any new evidence against her.

Calling Martinez to the stand was a vital part of showing that Jones had gone to Ramirez’s home to obtain the drugs by any means, including violent ones, Wilkinson said.

“I needed someone to testify who was with Mr. Jones,” he said. “A big part of the trial was his intent – what was he going there to do ... There wasn’t a lot of other evidence of what his state of mind was.”

As for Snell, Wilkinson said, there was little evidence connecting him to the murder to begin with.

“Braylen was just a passenger in the car,” he said.

Wilkinson said he waited until Tuesday to seek a dismissal in part because of the difficulty of such a decision and because he thought additional evidence might arise during trial.

“I was going to go through the jury trial, I didn’t know if Raheem Jones would take the witness stand,” he said.

Jones ultimately decided against testifying during his trial, which is his right.

Bates lamented Jones’ decision not to testify, saying she worries she will never get to the bottom of why her son was killed.

“There was so much evidence that was left out that shouldn’t have been left out,” said Ramirez’s mother, who added her family is still grieving the loss of her son.

These days, Bates said she is doing her best to move past his death while caring for her son’s daughter who will be 4 in January.

“We miss him every day all day,” she said.

A Victoria County jury sentenced Raheem Davon Jones to 30 years in prison for the murder of Vonsell Ramirez.

Another reason why LEO should be held to extremely high standards; when they mess up, it's a lot worse than if you or I mess up. If the officer interviewing Martinez hadn't broken the law, then perhaps a grieving parent might have more answers. Hopefully this is why he's listed as a "former officer" in the article.