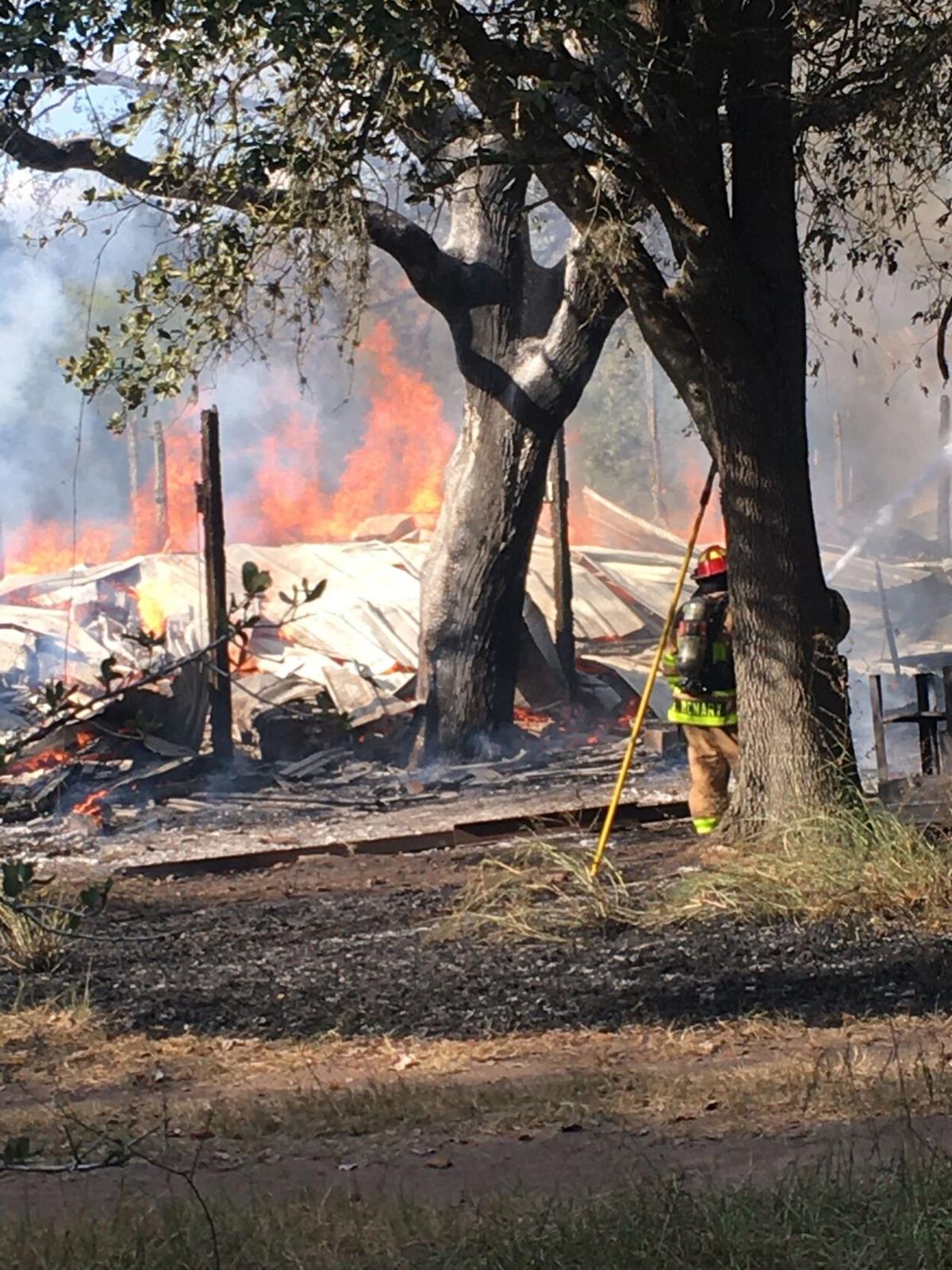 Firefighters were dispatched to a fire at a Victoria County structure Saturday afternoon. 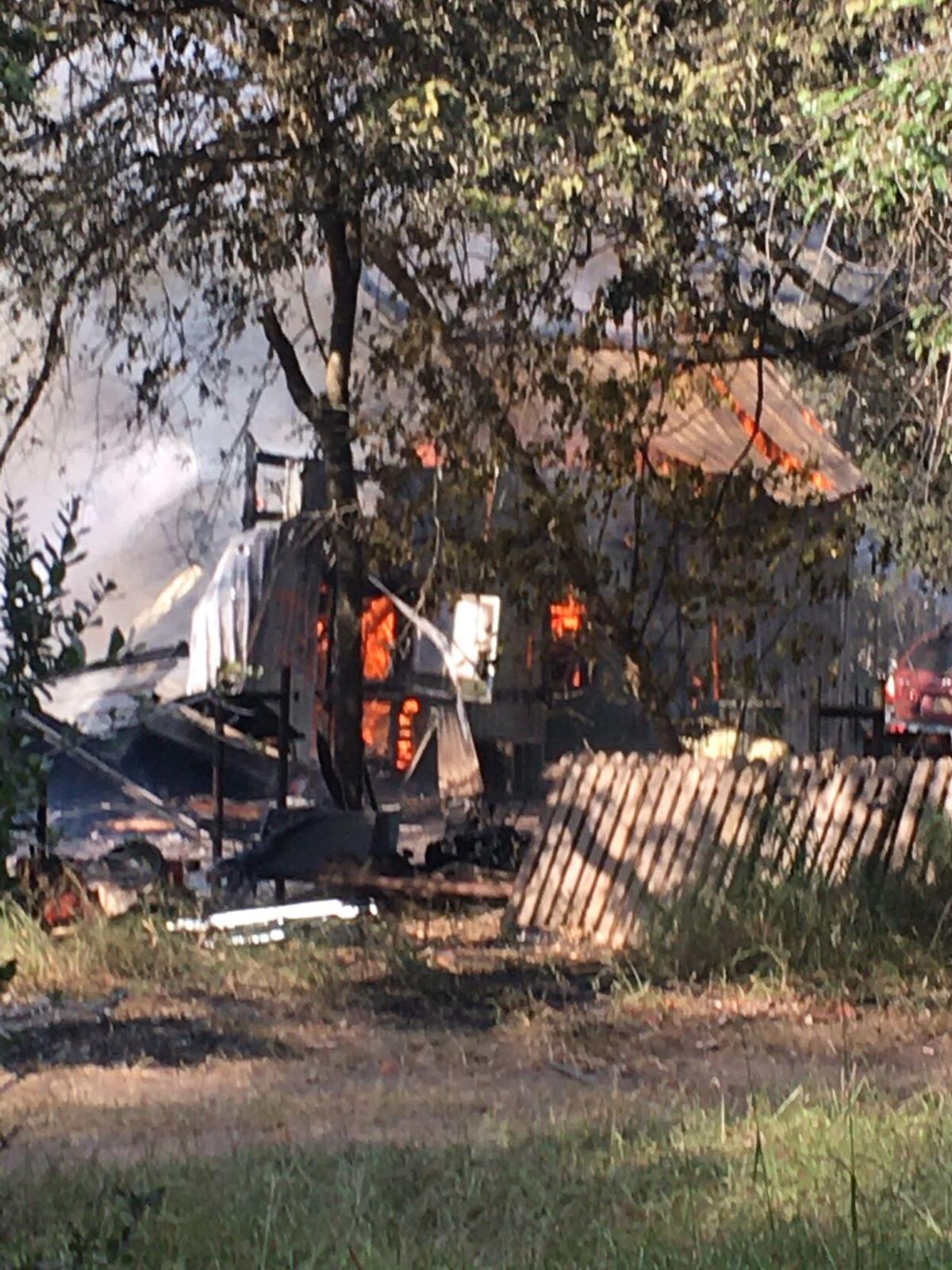 A multiple-story structure was burning in the backyard of a Victoria County house on Saturday afternoon. 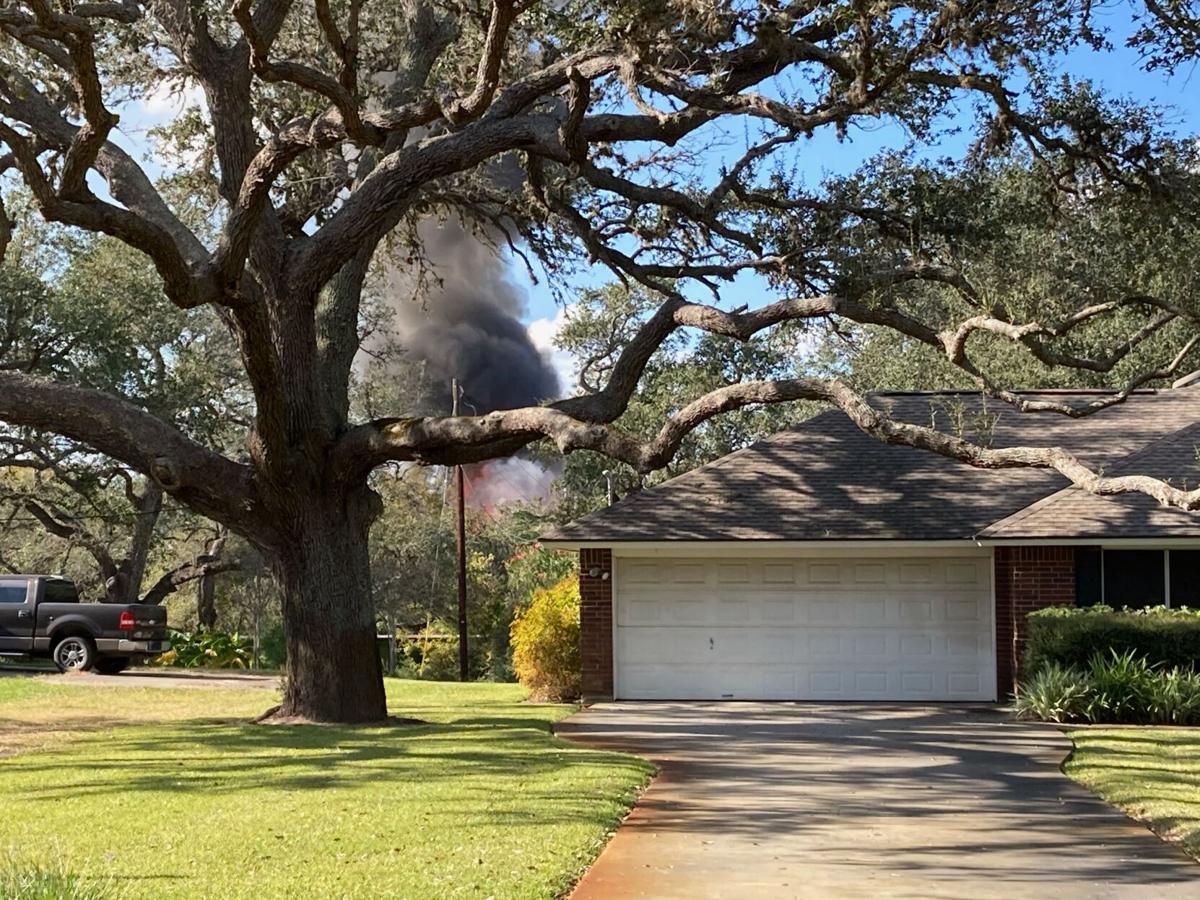 A large plume of smoke emerges from behind a Victoria County home on Saturday afternoon.

Firefighters were dispatched to a fire at a Victoria County structure Saturday afternoon.

A multiple-story structure was burning in the backyard of a Victoria County house on Saturday afternoon.

A large plume of smoke emerges from behind a Victoria County home on Saturday afternoon.

A two-story metal building at 1364 Westpark Ave. in the Mission Valley area was severely damaged by fire Saturday afternoon.

Firefighters from the Victoria Fire Department and several local volunteer departments arrived on scene about 3 p.m.

According to property records, the house is owned by John and Jamelyn Kirkpatrick.

Dark smoke was billowing up from a metal structure set back from the road. Tanker trucks traveled back and forth to the scene as firefighters doused the flames with hoses.

Victoria County fire marshal Richard Castillo said nobody lived inside the building at the time. There were no injuries, Castillo said.

“The whole thing is pretty much collapsed,” said Don Eastham, a bystander at the scene. “It’s totally engulfed, a total loss.”

The cause of the fire was not immediately clear.

[angry]Not crazy about the way the on-line Advocate articles jump around when you are trying to read them. Adds popping up are ok but not good if they make you have to pursue what you are reading.

Hi Steve -- Thanks for your feedback. I'm sorry you're having trouble reading online articles. If you're able, I'd love if you could send me an email regarding the issues you're encountering, so we can pass your feedback on to our digital team to see if it's something we can fix. We use a content management system that's licensed to lots of local news sites, so there's only so much flexibility we have within the system, but would love to hear your concerns in greater detail so we can try and address them. You can email me at cmccarthy@vicad.com. Thanks, and all the best, Ciara McCarthy, Advocate reporter

Has the pandemic affected your ability to pay rent or mortgage?