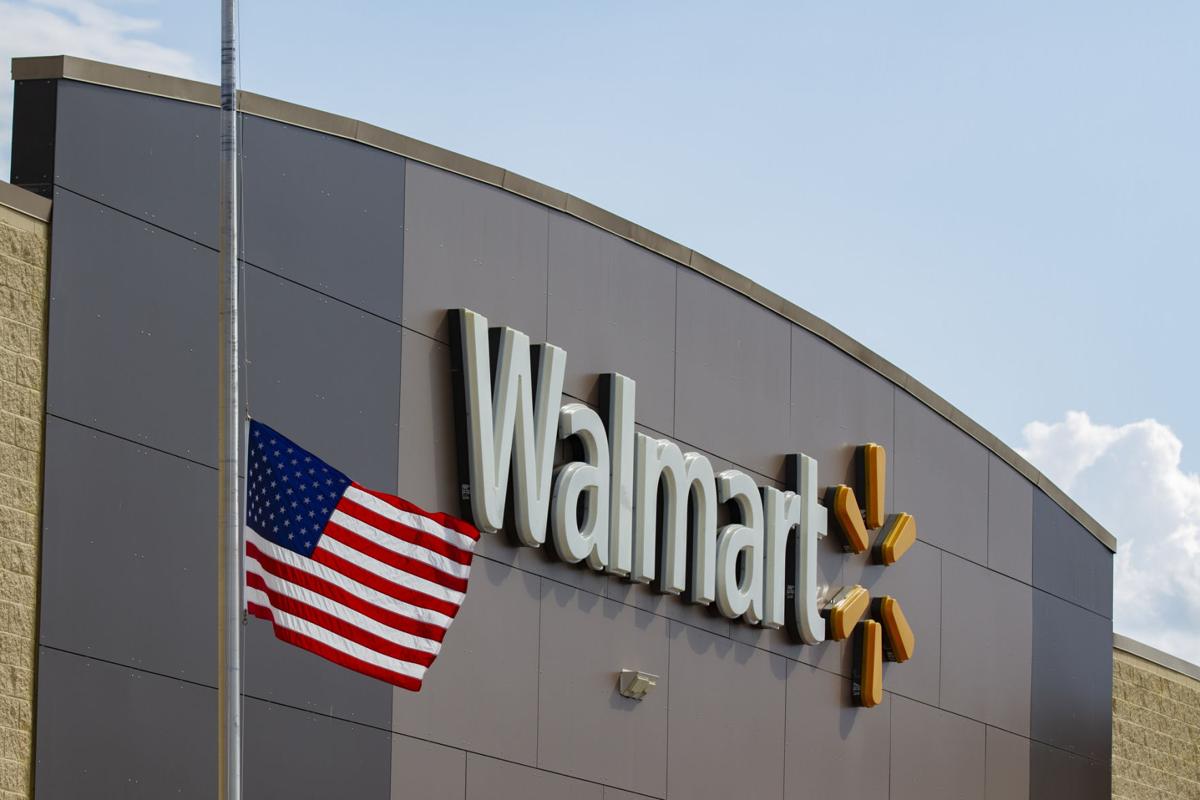 A flag waves at half-staff at the Victoria Walmart on Houston Highway the day after the El Paso shooting. 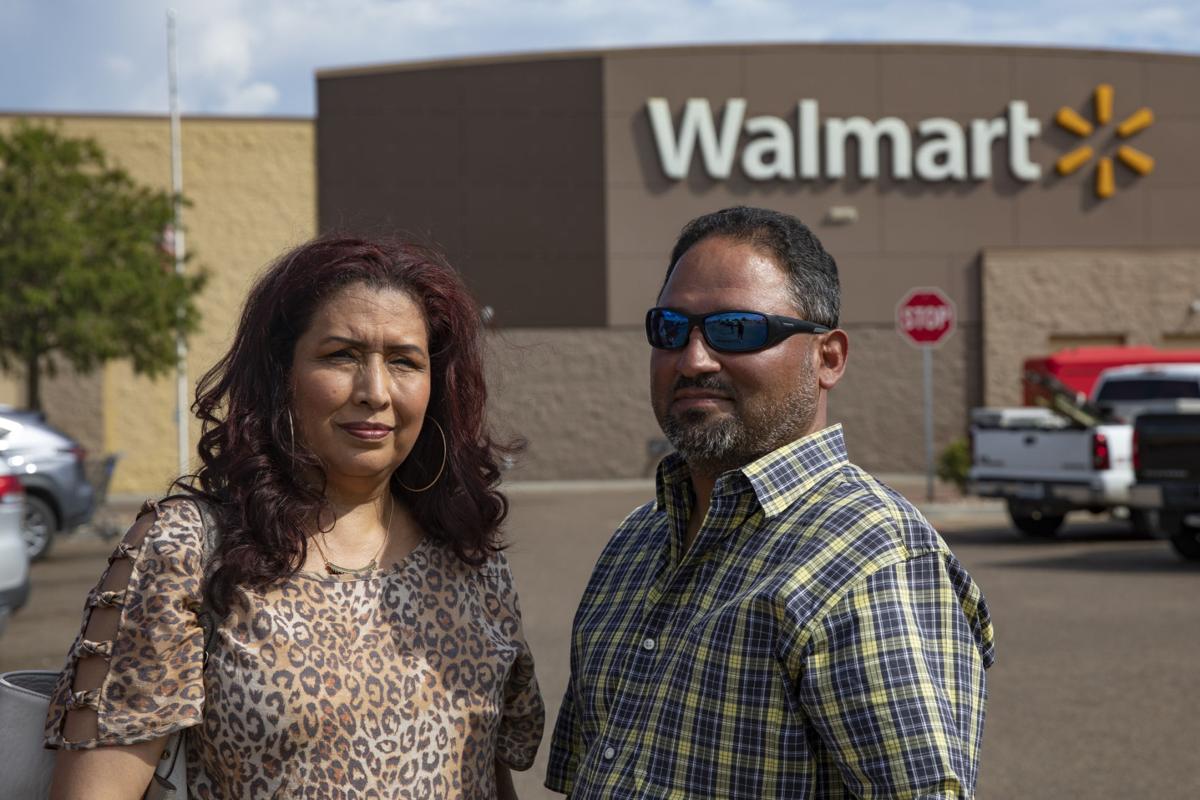 A portrait of Monica and Carlos Bernal after shopping at the Victoria Walmart on Houston Highway the day after the El Paso shooting. Monica was raised in El Paso and has many friends and family currently there.

A flag flew at half-staff Sunday evening at the Walmart on Houston Highway, where Victoria shoppers returned to run their errands the day after a mass shooter killed 20 people and injured 26 at another Walmart in El Paso.

Authorities are investigating the shooting as a possible hate crime. Despite that, Carlos Bernal, who identifies as Mexican-American, said he’s not afraid to do his regular shopping.

“You could be anywhere,” Bernal said in the Walmart parking lot. “You don’t know about this world anymore.”

Bernal’s wife, Monica Contreras Bernal, was born and raised in El Paso. She has lived in Edna for 13 years but has many family members who remain in the West Texas city.

A portrait of Monica and Carlos Bernal after shopping at the Victoria Walmart on Houston Highway the day after the El Paso shooting. Monica wa…

Contreras Bernal knows El Paso to be a safe city and was sad to hear of violence there.

“I’ve been to that mall,” Contreras Bernal said. “It really hurts to hear that happened over there.”

The Walmart was located in the Cielo Vista Mall, near an entry point between the U.S. and Mexico.

“We are in shock over the tragic events at the Cielo Vista Mall in El Paso, where Walmart store No. 2201 and Sam’s Club No. 6502 are located,” Walmart officials said in a statement. “We’re praying for the victims, the community and our associates as well as the first responders who are on the scene. We’re working closely with law enforcement and will update as appropriate.”

The FBI has not publicly released the names or nationalities of the 20 people killed Saturday at the shopping complex in El Paso, but Mexico President Andrés Manuel López Obrador said Sunday that six Mexican citizens were killed in the shooting.

Ebrard said his country plans to take legal action against whoever sold the gun to the man suspected of committing the shooting.

Ebrard has frequently cited the flood of illegal weapons from the U.S. to Mexico as a factor in Mexico’s rising rate of violent crime.

Victoria residents Jessica and Mike Ferrell, who were also shopping at the Walmart on Houston Highway Sunday evening, said guns are needed to help people protect themselves in such situations.

“Concealed carry is a good thing,” Mike Ferrell said. “People can stand up for themselves.”

The suspected gunman, 21-year-old Patrick Wood Crusius, has been booked on capital murder charges, but fear of copycat shootings lingers. Early Sunday morning, a man killed nine people in a shooting in Ohio.

“Monkey-see, monkey-do,” Bernal said. “I hope they don’t come over here and do it too.”

The Associated Press contributed to this report.