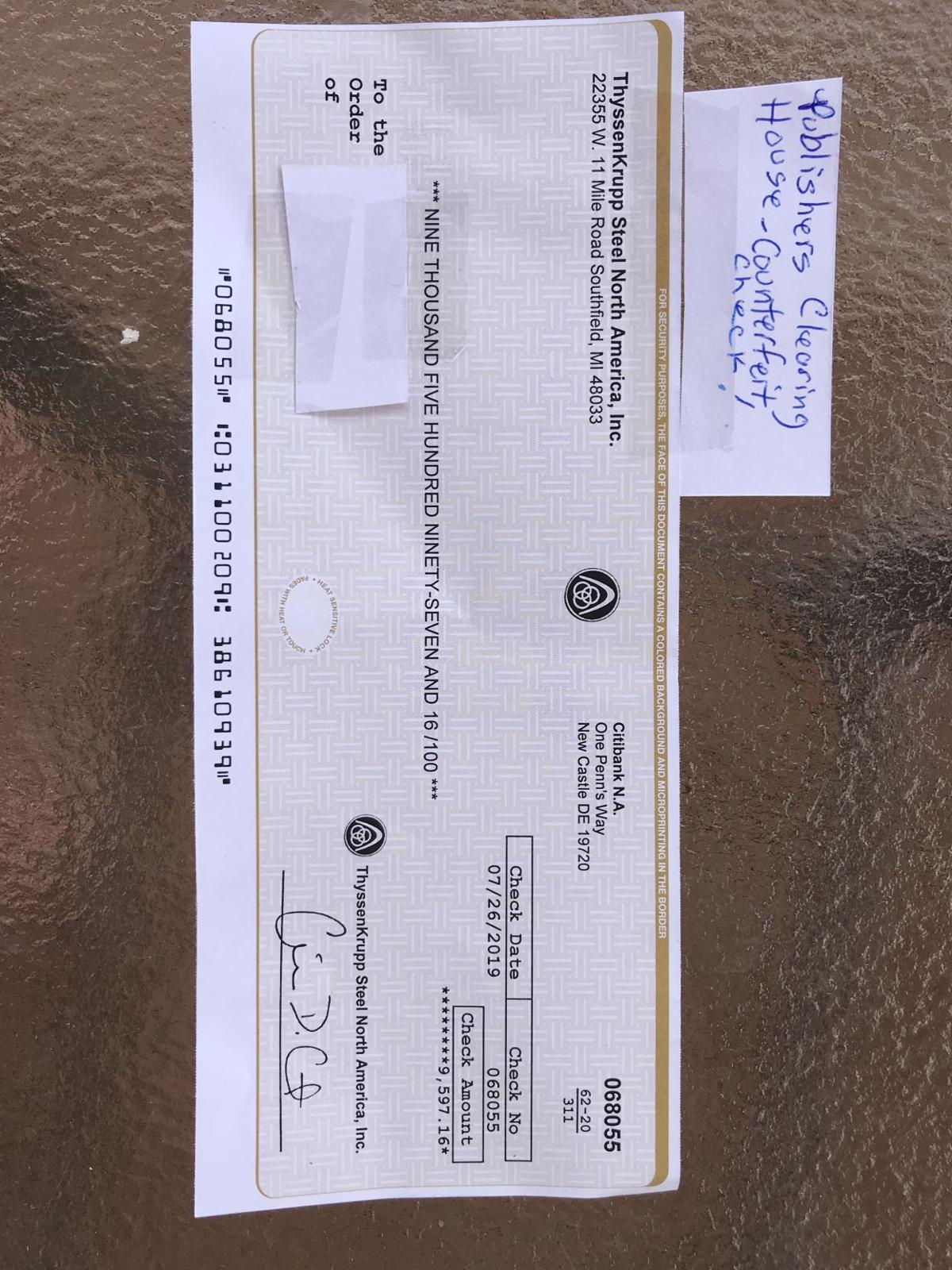 A Victoria woman received a check for almost $10,000 that claimed to be from Publishers Clearing House. 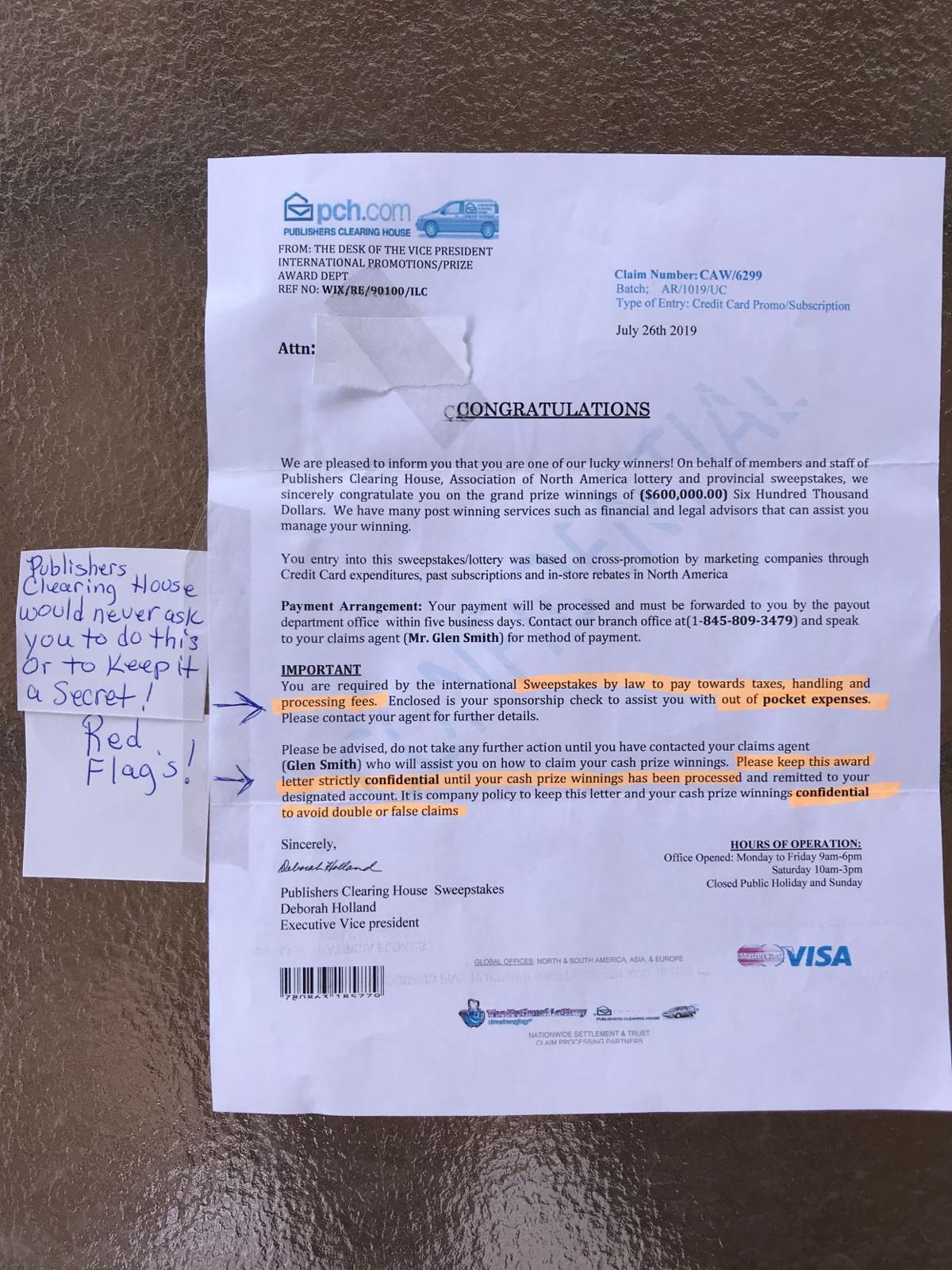 A Victoria woman said she got a letter purported to be from Publishers Clearing House. It was a scam, she said.

A Victoria woman said she received a fraudulent letter telling her she was a Publishers Clearing House winner.

Patricia Flores, a 68-year-old Victoria resident, received and opened the letter Thursday to find what looked like a real check for almost $10,000, she said.

Flores, who has played the Publishers Clearing House sweepstakes for about eight years, said she at first thought the letter was legitimate.

But on closer inspection, she noticed a few differences. The fake letter had no seal or stamp and did not come in certified mail, unlike the sweepstakes’ official communications.

When she called a phone number listed on the fraudulent letter, a man answered and asked her for her personal information, including her name and address.

When she challenged the man, he hung up, she said.

According to Publishers Clearing House, the company notifies winners of major prizes only in person.

And according to the Federal Trade Commission, the company will never ask anyone to pay money to collect a prize.

They also never call ahead to report a win.

Anyone cashing a suspicious check should be wary of the risks, said Ashley Ochoa, a banking officer for Prosperity Bank in Victoria.

Potentially, a person could cash a fraudulent check and then be on the hook for that money if it bounces.

Ochoa said to avoid that, anyone with an unexpected check for a large amount of money should tell bank employees about any suspicions they have.

If you think you’ve won a prize, here are a few things to know:

Elderly are vulnerable to being scammed

My daughter got her first cellphone a few months ago, and her new phone number apparently once belonged to someone who owes money to various e…

Do you agree with Refugio school boards action on fight song?