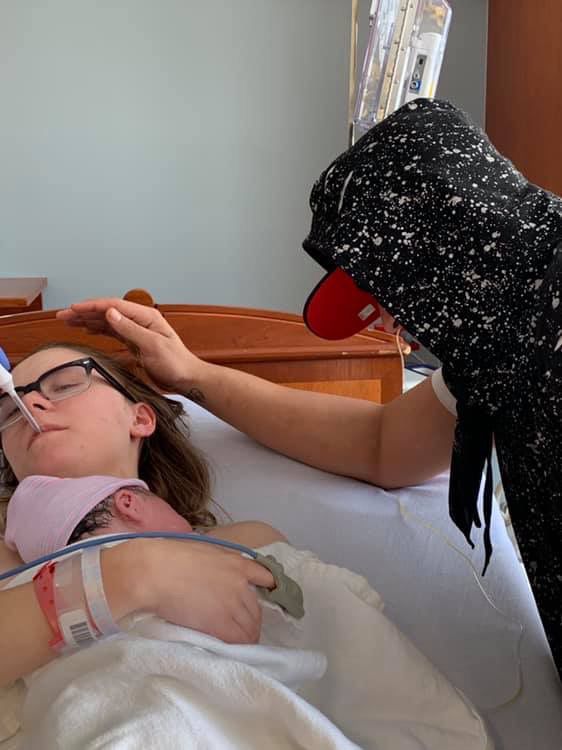 Brianna Bexley holds her son, Zayden, after he was born May 17. 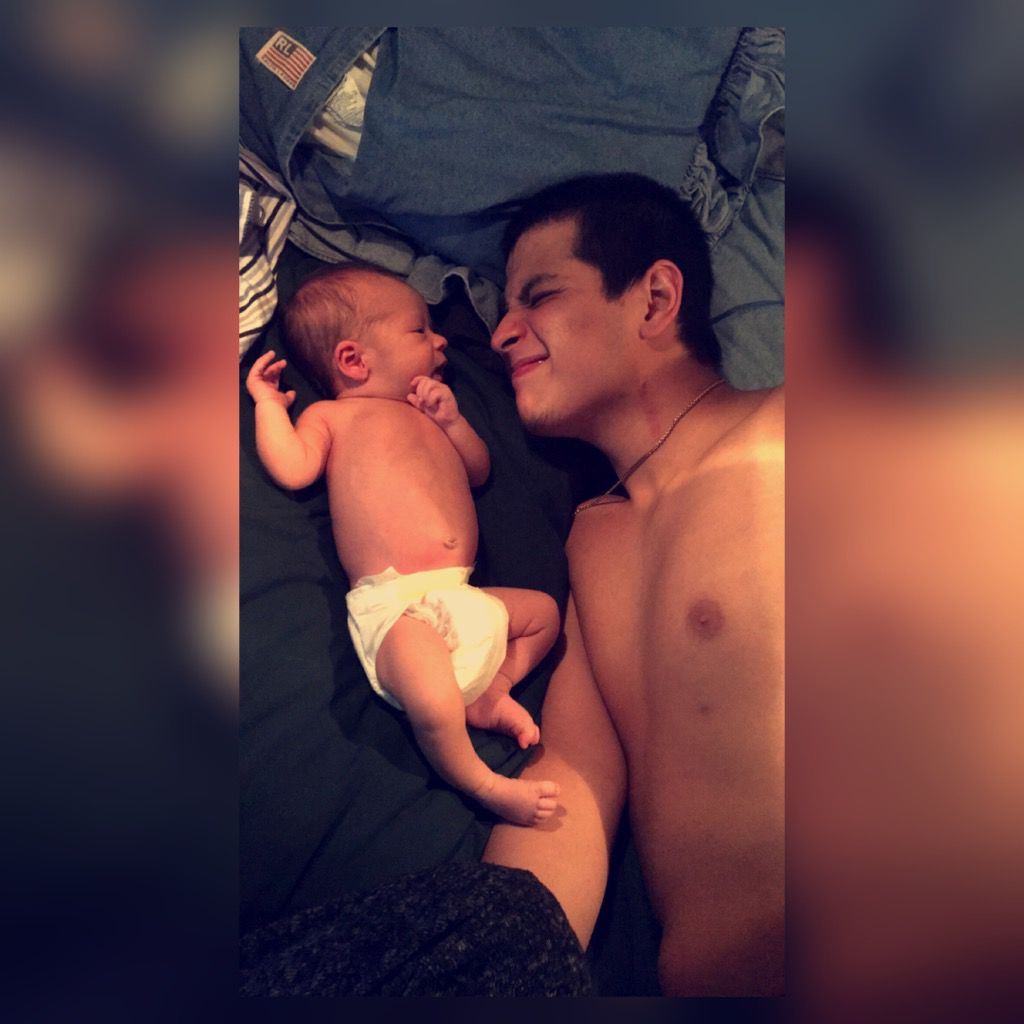 Nathan Cortinas and his son, Zayden Cortinas. Cortinas was killed June 13. He would have turned 21 years old June 17.

Brianna Bexley holds her son, Zayden, after he was born May 17.

Nathan Cortinas and his son, Zayden Cortinas. Cortinas was killed June 13. He would have turned 21 years old June 17.

He was killed in a shooting Thursday night that also left his girlfriend, Brianna Bexley, 18, in critical condition. She is being treated at Brooke Army Medical Center in San Antonio and has a bullet lodged between two vertebrae. Bexley and her doctors are still considering surgery to remove the bullet.

“I’m trying my best to stay positive and everything over the whole situation, but it’s hard,” Bexley said in a text Sunday night.

Alma Bexley, Brianna Bexley’s grandmother, said her granddaughter’s vitals were stable as of Sunday evening but that Brianna still has a tube and a pump to empty her lungs.

The family is mourning the loss of Cortinas, the father of her grandchild, she said. Cortinas and Bexley’s son, Zayden Cortinas, was also in the car with them when the shooting happened. He was unharmed.

“My little grandbaby doesn’t have a daddy anymore,” said Alma Bexley. “It’s just by the grace of God that she (Bexley) didn’t get killed at the same time.”

According to Alma Bexley, Cortinas worked for his grandfather as a fencer.

“He was real respectful young man,” Alma Bexley said. “I know that he loved my granddaughter.”

At the time of the shooting, Alma Bexley said Cortinas and her granddaughter were on their way to Whataburger and had stopped to pick up a friend near the intersection of South Mt. Auburn and West Franklin streets in Goliad. That’s where she said they saw Daniel Mendoza, whom the couple knew.

Mendoza was arrested Friday morning and charged with murder in connection with the attack, according to a news release from the Goliad County Sheriff’s Office.

Mendoza used a small-caliber handgun in the shooting, according the sheriff’s office. He ran on foot from the scene before deputies arrived, but he was arrested outside a Goliad convenience store about 5 a.m. Friday. He is being held in the Goliad County Jail.

Sgt. Donna Starry is investigating the shooting. Investigators think Mendoza began shooting because of an “ongoing dispute between the parties,” according to the news release.

The Goliad County Sheriff’s Office was not available for comment on Sunday.

This story was updated on June 17 to correct the age of Nathan Cortinas.

The shooting occurred between 11:30 p.m. and midnight Thursday.

It took place near the intersection of South Mt. Auburn and West Franklin streets.

Daniel Mendoza, 18, was arrested Friday morning and charged with murder in connection with the attack, according to a news release from the Goliad County Sheriff’s Office.

GOLIAD – A gunman opened fire Thursday on a parked car in Goliad with two adults and an infant inside, leaving the child’s father dead and wou…