A letter went out to parents informing them of Dunseth’s resignation Sept. 16. 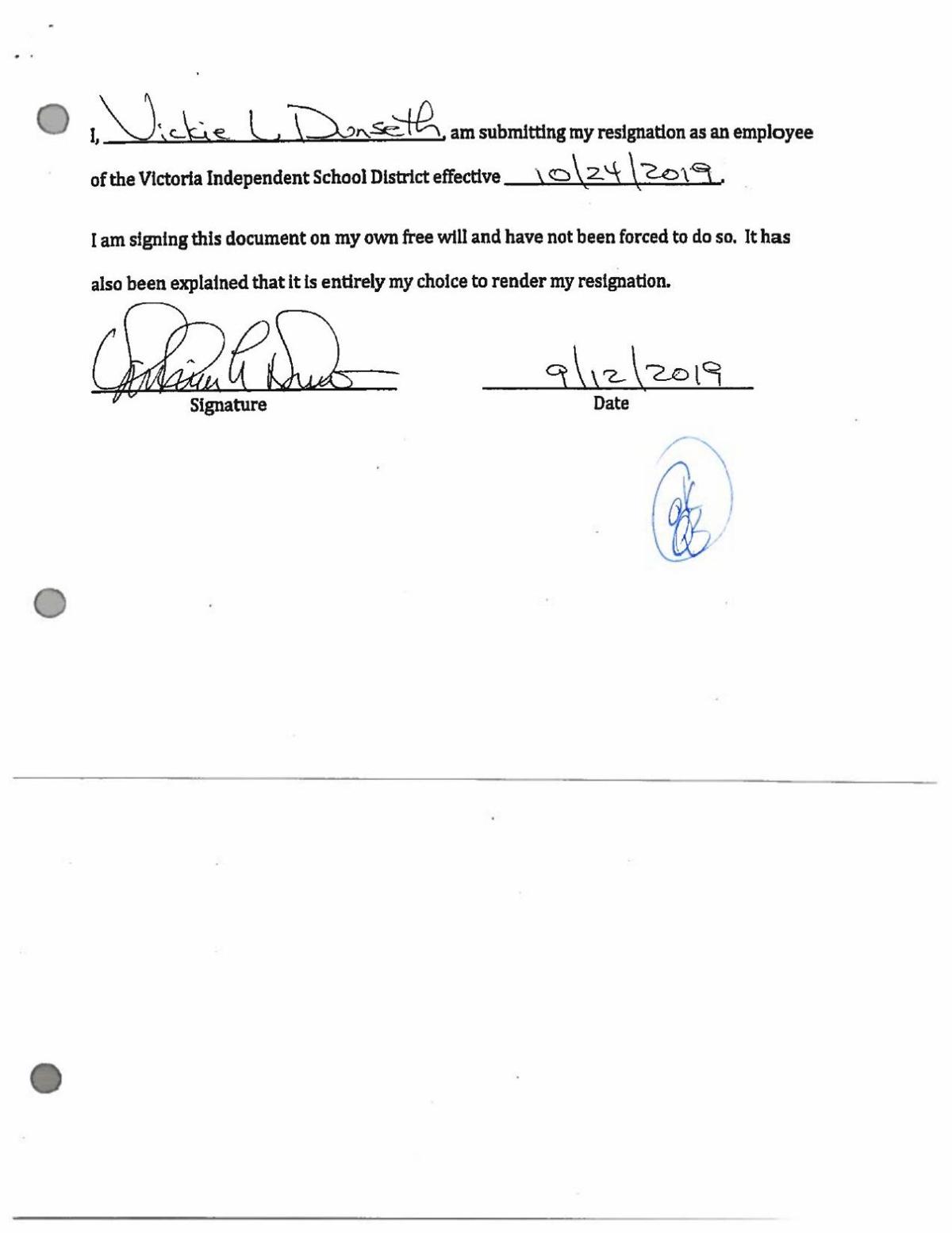 Victoria school district spokeswoman Shawna Currie said Dunseth left for personal reasons and will use personal time up to Oct. 24, which is Dunseth’s official last day.

“Because it’s a personnel issue, all I am at liberty to say is that it was personal reasons,” Currie said Monday afternoon.

O’Connor assistant principal Ericka Barr will be the school’s interim principal until a permanent replacement is hired, Currie said.

Currie said the district is working to get the position filled as soon as possible.

“We want to make sure it’s the right person for that position,” she said.

Dunseth worked for the district since 2009 and became the O’Connor principal in 2014.