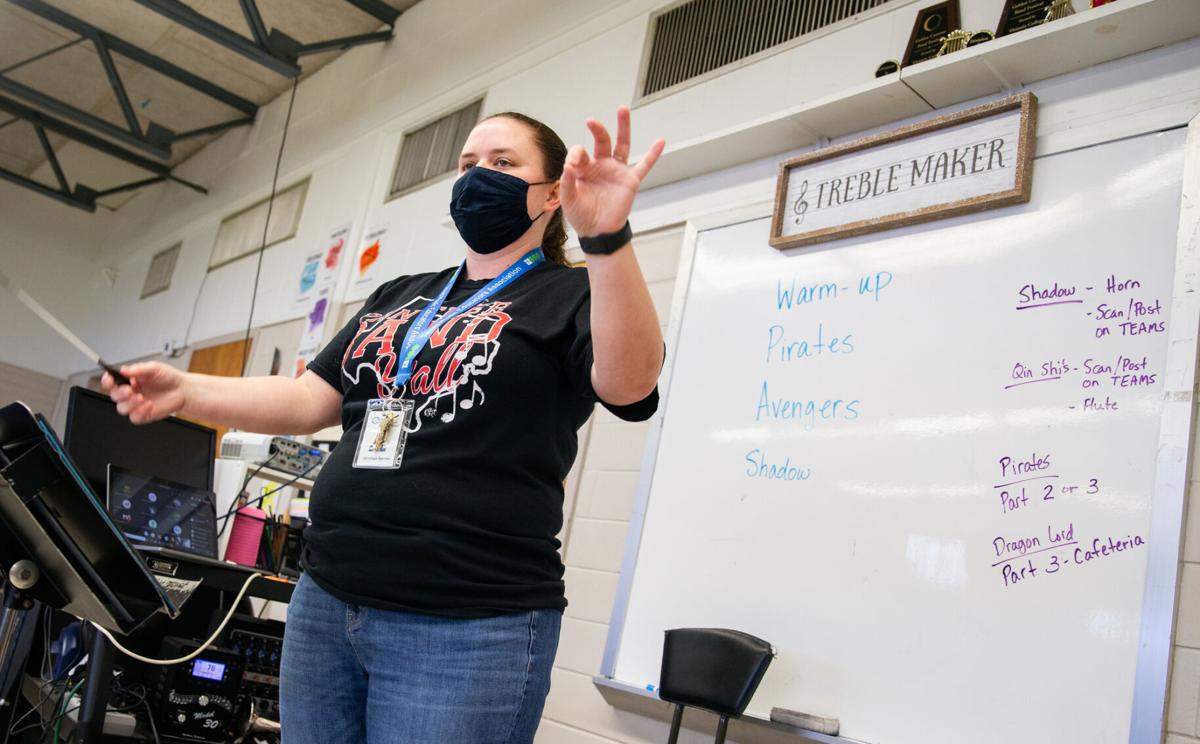 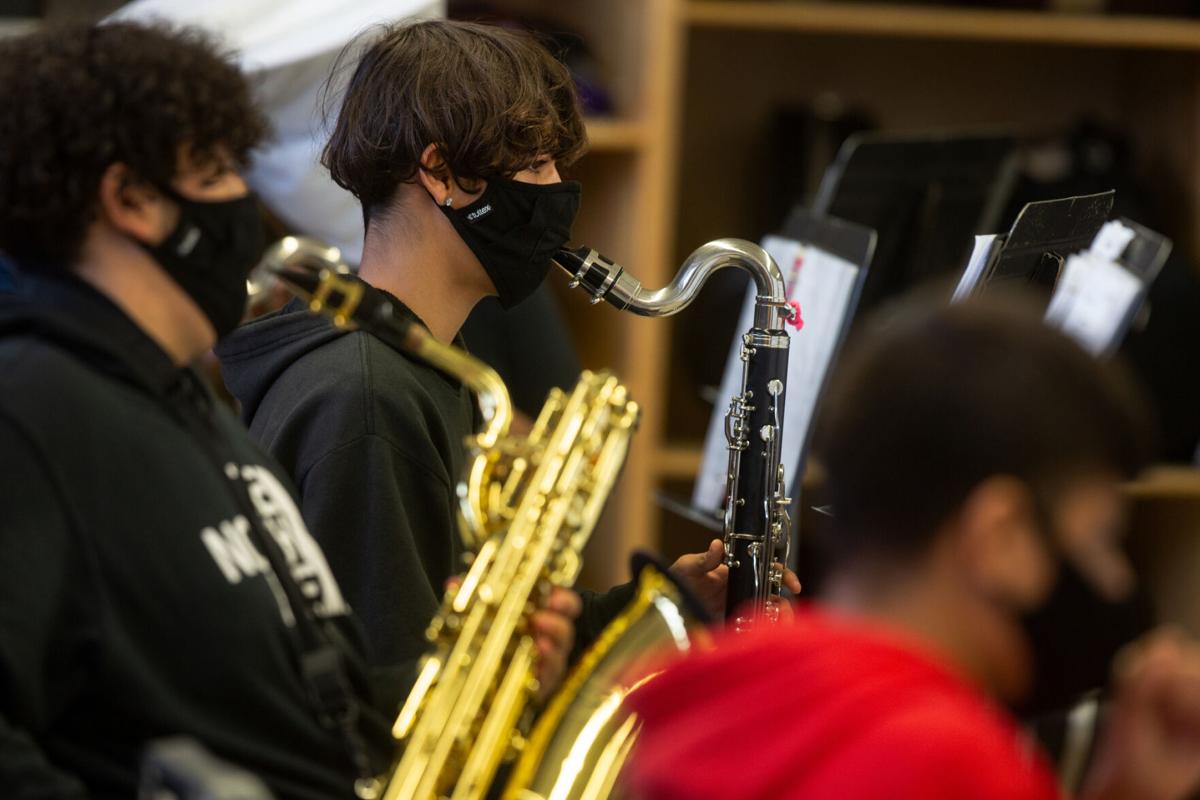 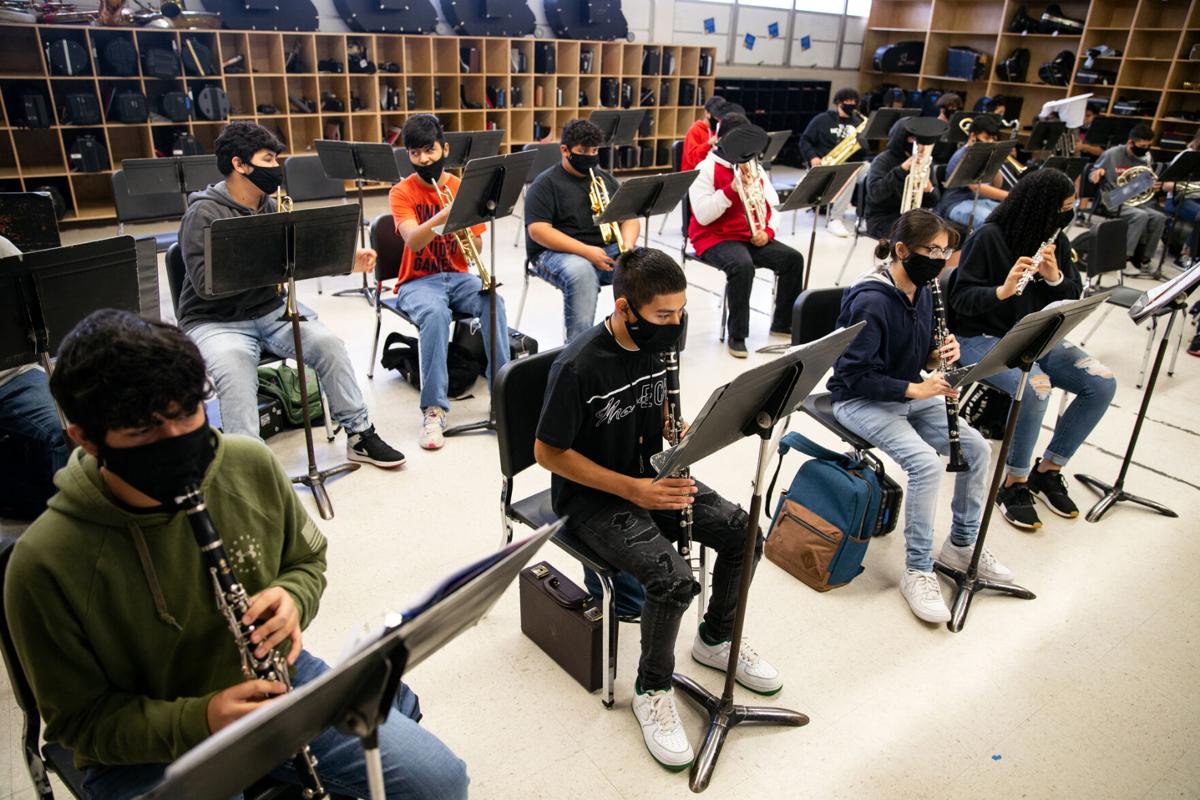 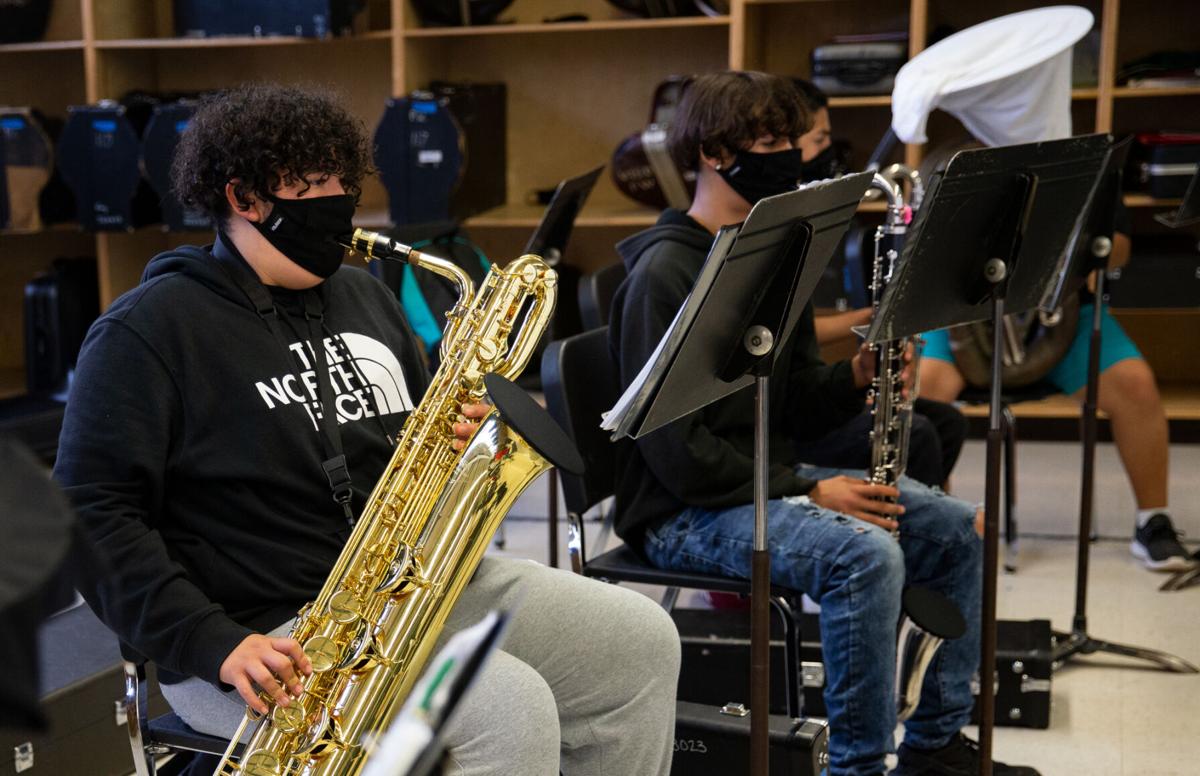 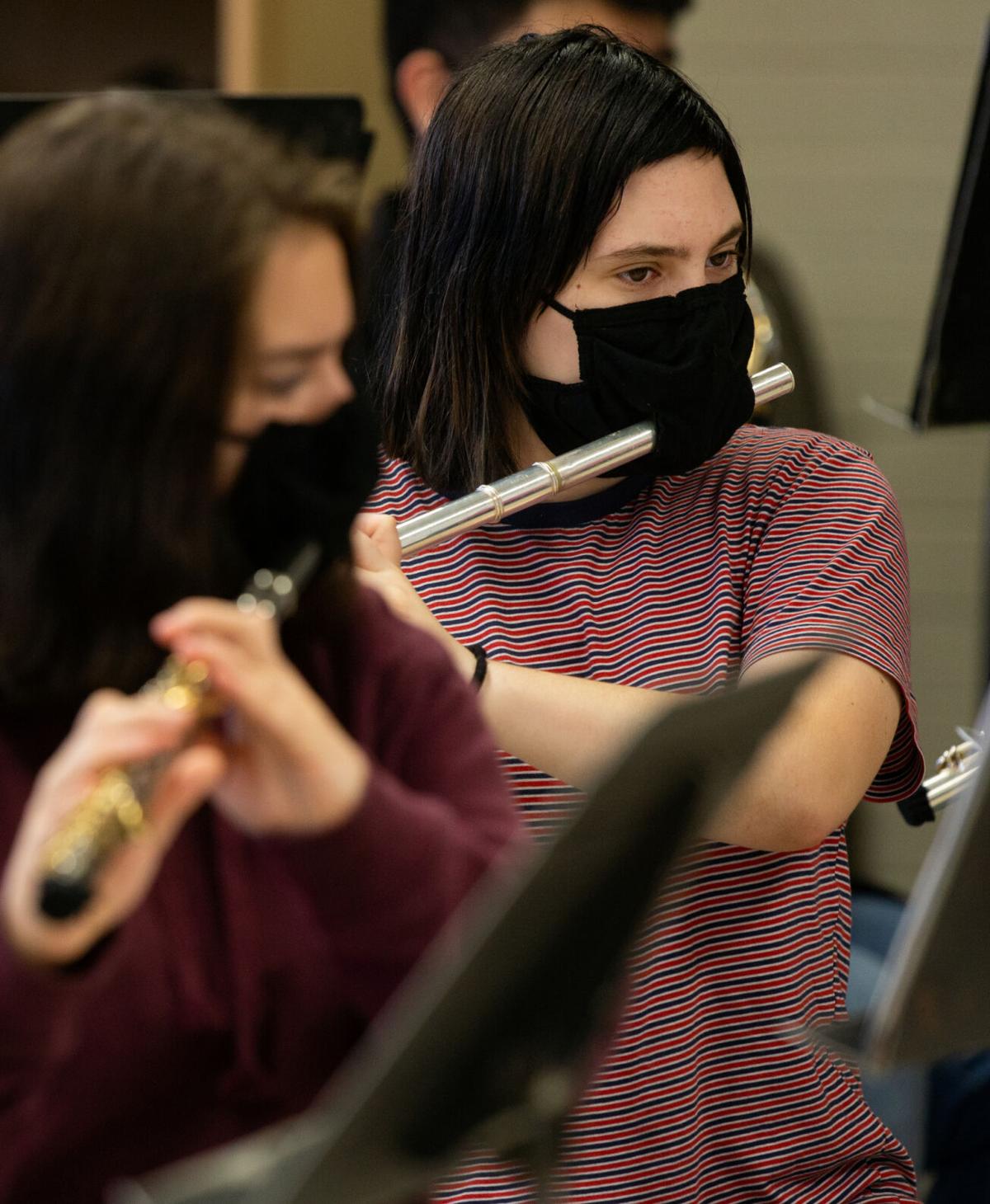 Kadena Light practices the flute with the band at Patti Welder Middle School. 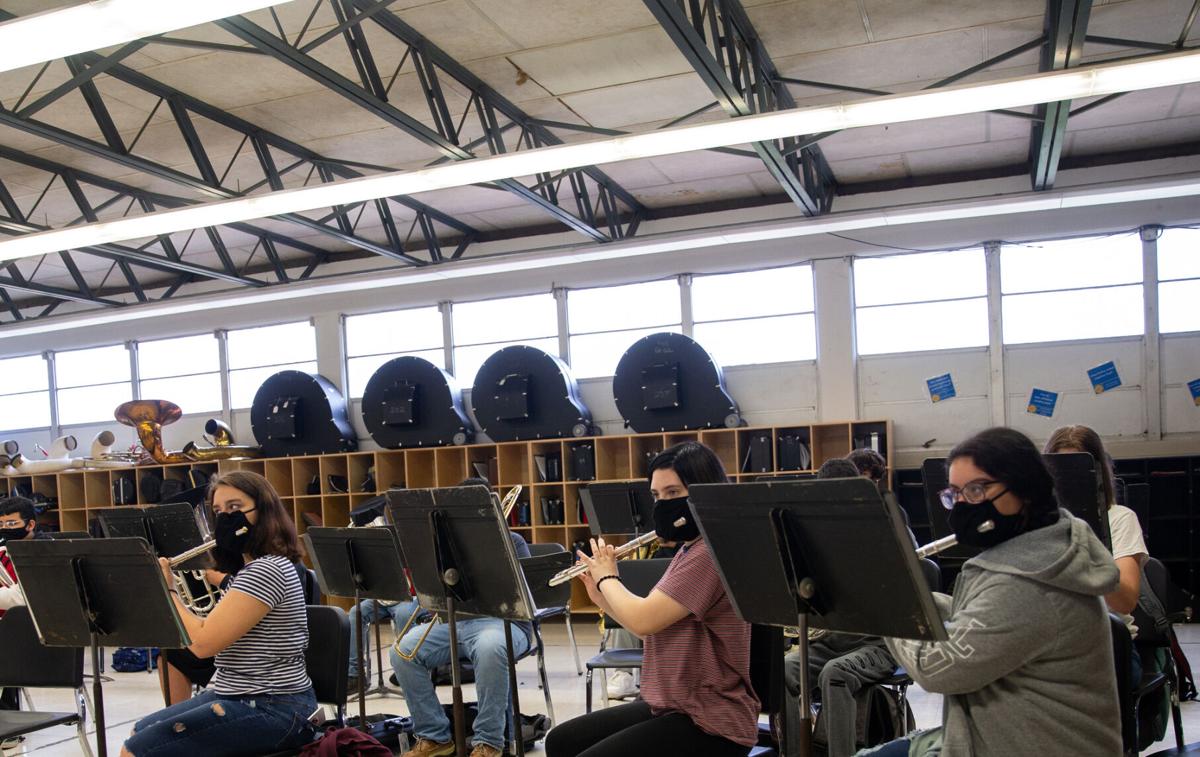 Kadena Light practices the flute with the band at Patti Welder Middle School.

Patti Welder Middle School band students tapped their feet before inhaling a deep breath. With their exhale, the room filled with music.

The students rehearsed their scales and several pieces of music during their Thursday morning band class.

This is the third consecutive year the district received the designation.

To qualify for the designation, Victoria officials answered detailed questions about funding, graduation requirements, music class participation, instruction time, facilities, support for the music programs, and community music-making programs. Responses were then reviewed by The Music Research Institute at the University of Kansas.

“We just have some amazing students and parents and families that support it,” she said. “From the top down, it’s supported and we know it’s important to everybody.”

Gonzalez said the district does a great job allowing students to venture and try multiple extracurriculars like band, sports and choir at the same time.

“We do a really good job of letting kids be involved in many different things,” she said.

Music goes beyond teaching kids how to read and perform music but it also teaches students valuable life skills.

It teaches students how to work as a team and create a product, Gonzalez said. Kids today like to see instant results, but with music it takes time and practice to master an instrument or a piece of music.

During rehearsal Thursday, the students put in practice on several pieces of music including the theme songs to “Pirates of the Caribbean” and the “Avengers.”

The students shuffled through their sheets of music as Gonzalez called out the next piece. She tapped her baton to the music stand at the front of the room.

Remember to get loud there, she said to the brass section during rehearsal.

For eighth grader Reyes Alvarez, 15, this is his third year as part of the band. He plays bass clarinet. He hopes to continue his music education in high school while also playing sports.

Reyes started band when he was in sixth grade because his older brother was in the band, he said.

The music is Reyes’ favorite part of band class, and he enjoys being challenged. The music is either boring and easy or interesting and challenging.