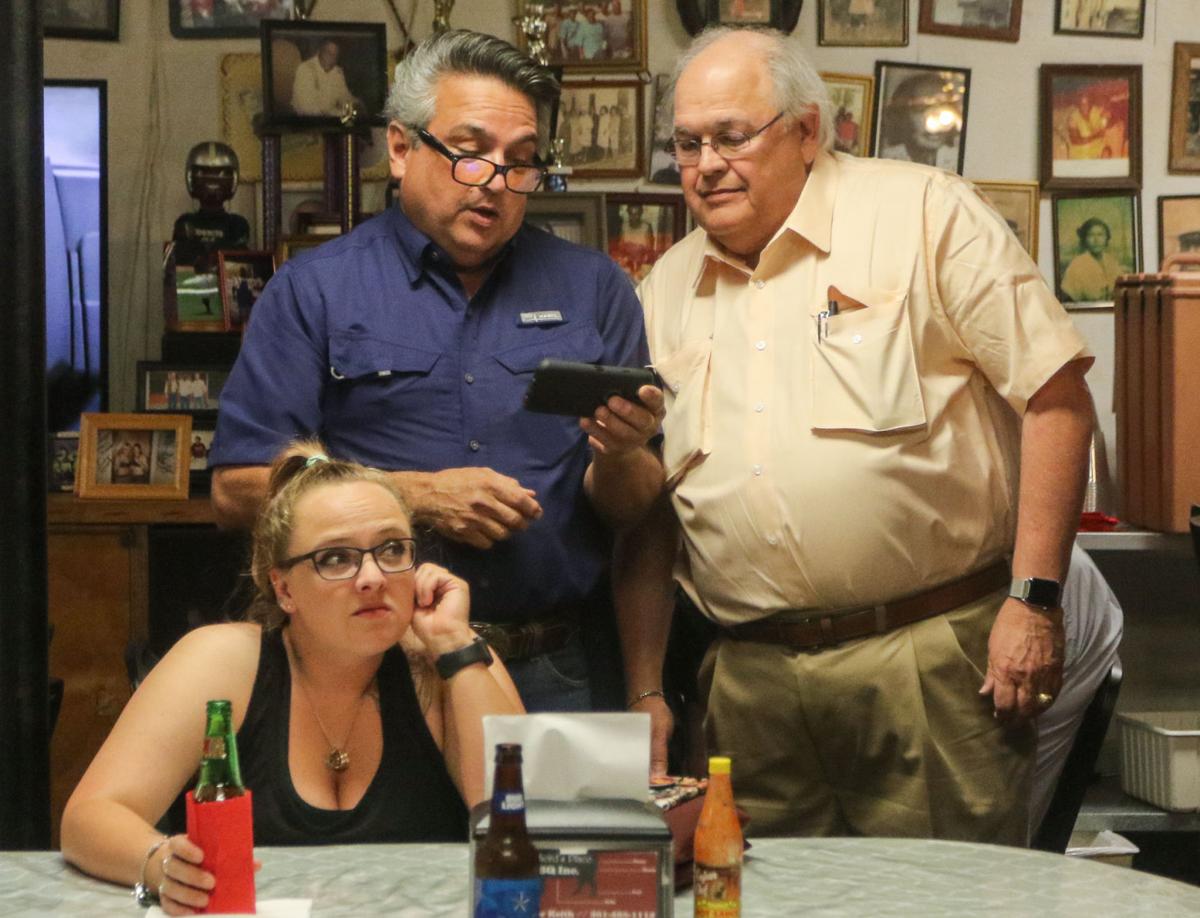 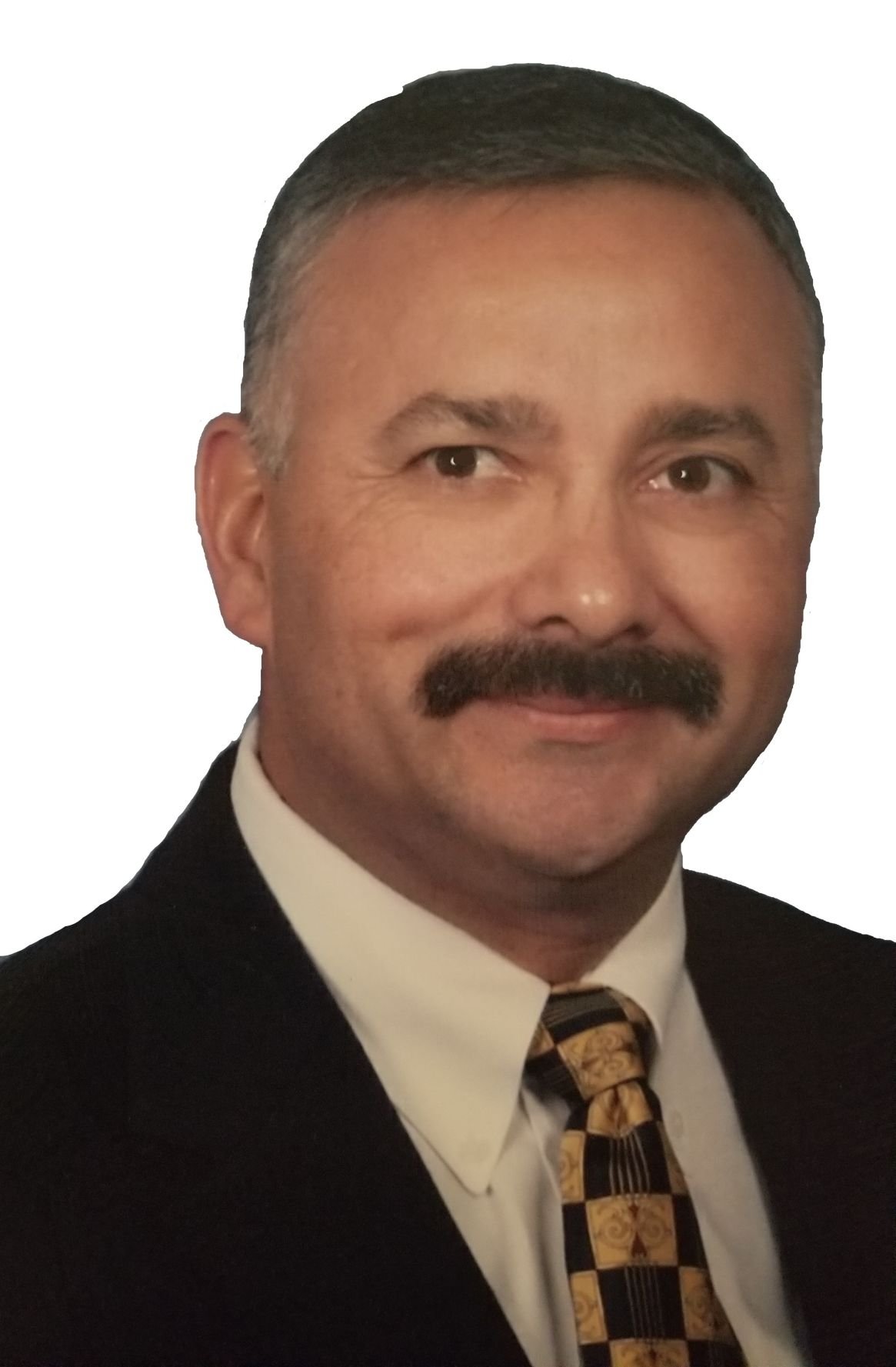 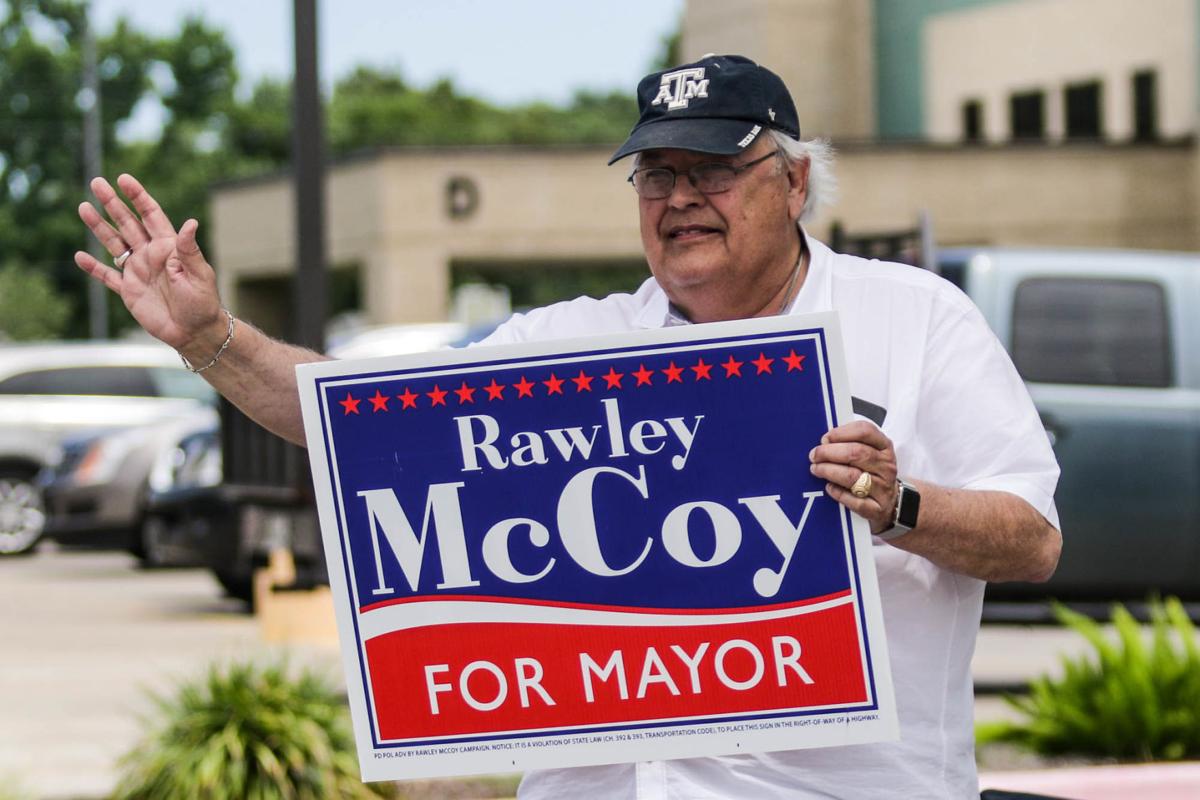 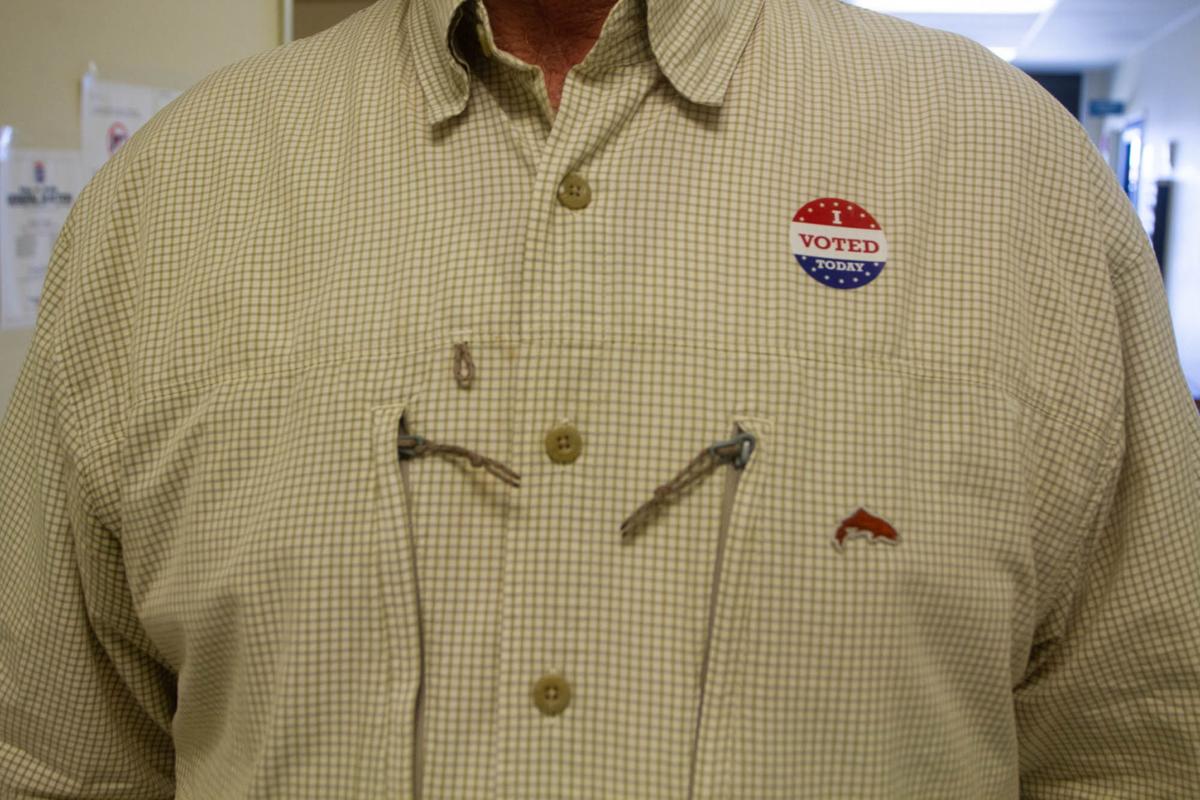 Warren Millberger wears a "I voted" sticker after voting at the polling station at Dodson Public Health Center on Saturday afternoon. 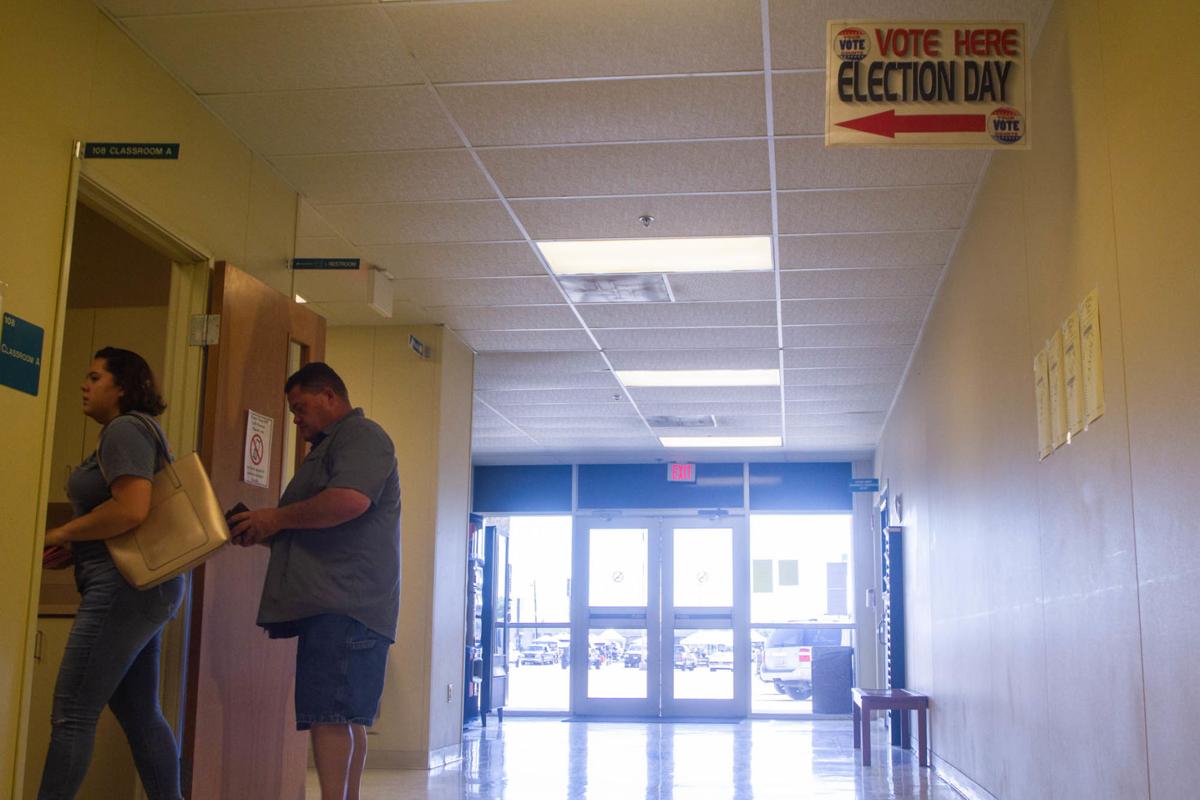 Warren Millberger wears a "I voted" sticker after voting at the polling station at Dodson Public Health Center on Saturday afternoon.

Interesting Election Day for sure.

Many predicted a runoff in a crowded Victoria mayor's race. Didn't happen. Rawley McCoy won the race outright with more than 50 percent of the votes.

Read below for full stories and other information from Election Day.

Here are the unofficial numbers in Victoria County:

Per unofficial results, Rawley McCoy is Victoria’s next mayor pic.twitter.com/Xpt7Du2Uui

We're still waiting on final numbers from Victoria County.  McCoy, Young and Loffgren had commanding leads in the city elections after early voting numbers were released. School Board candidate Mike Mercer also had a commanding lead.

Someone in the mayoral race could make it close enough to force a runoff. We'll see.

ELECTION UPDATE: still waiting for #ElectionDay results. So far, Super District 7 candidate Mike Mercer leads with 66% of votes. Mercer said he’s “happy with the results, but it is still early.”

Make sure you check out our Election Day photo gallery.

In the race for commissioner, place 2 in Austwell, Bonnie Mutschler won with 41 votes over Molly Garcia with 19 votes.

The Jackson County Emergency Services District No. 1 proposition for a tax increase from 3 to 10 cents passed with 79 votes for and 31 against.

Kay Roach won the race for mayor of Woodsboro with 132 votes over George Hernandez with 118 votes.

Karen Watts won the race for alderman, place 1 in Refugio with 107 votes over Rene Reyna with 55 votes.

In the Edna mayoral election, Lance Smiga won with 324 votes over Bernadette Vickery with 19 votes.

For position 2 of Ganado ISD, Nick Strauss is the winner with 291 votes over Pierce Thedford with 198 votes.

For position 1 of Ganado ISD, Brian Peters is the winner with 288 votes over James Hicks with 154 votes and Donnie Tegeler with 48 votes.

DEWITT COUNTY: Final results are in for the Yorktown City Council and Yorktown ISD School Board! See below 🗳 @Vicadvocate pic.twitter.com/1H7kNYMymB

There was a 21.34 percent voter turnout.

Here it is. Unofficial results including early and Election Day ! pic.twitter.com/iwCqG4Qt3F

So the big news: Luis De La Garza just unseated longtime incumbent Randy Boyd. I asked him what he'd like to say to Boyd. He said, "With all my ehart and with total sincerity, I wish him good luck in all his future endevours."

A chat with Luis De La Garza, candidate for district 4 on the port authority board pic.twitter.com/bNQ4SsZo3E

A quick chat with Jasper “Jay” Cuellar, candidate for district 2 on the port authority board pic.twitter.com/ongeileCns

DEWITT COUNTY: Final results are in for the Yorktown City Council and Yorktown ISD School Board! See below 🗳 @Vicadvocate pic.twitter.com/1H7kNYMymB

Lots of votes coming in to election HQ to be counted pic.twitter.com/MVjtTcII7Y

Because there are four men vying to be mayor, most did not expect anyone to get >50% of votes. But McCoy's lead could change once the rest of the results roll in.

McCoy has a surprising lead -- 1,836 votes from those who have voted early or by mail.

Here’s early vote totals for the Calhoun Port race! Looks like Cuellar and De La Garza have the lead. pic.twitter.com/ez5TGPxitO

Victoria Advocate reporters did advance stories ahead of the election, letting readers know the most important information about each race.

Victoria to pick new mayor from among 4 candidates

You can get all election-related news at ElectionCentral.

Editor’s Note: This is a condensed version of a “State of the City” speech Wednesday to the Victoria Chamber of Commerce:

Should cities be able to stop gun shops from locating near churches and schools?