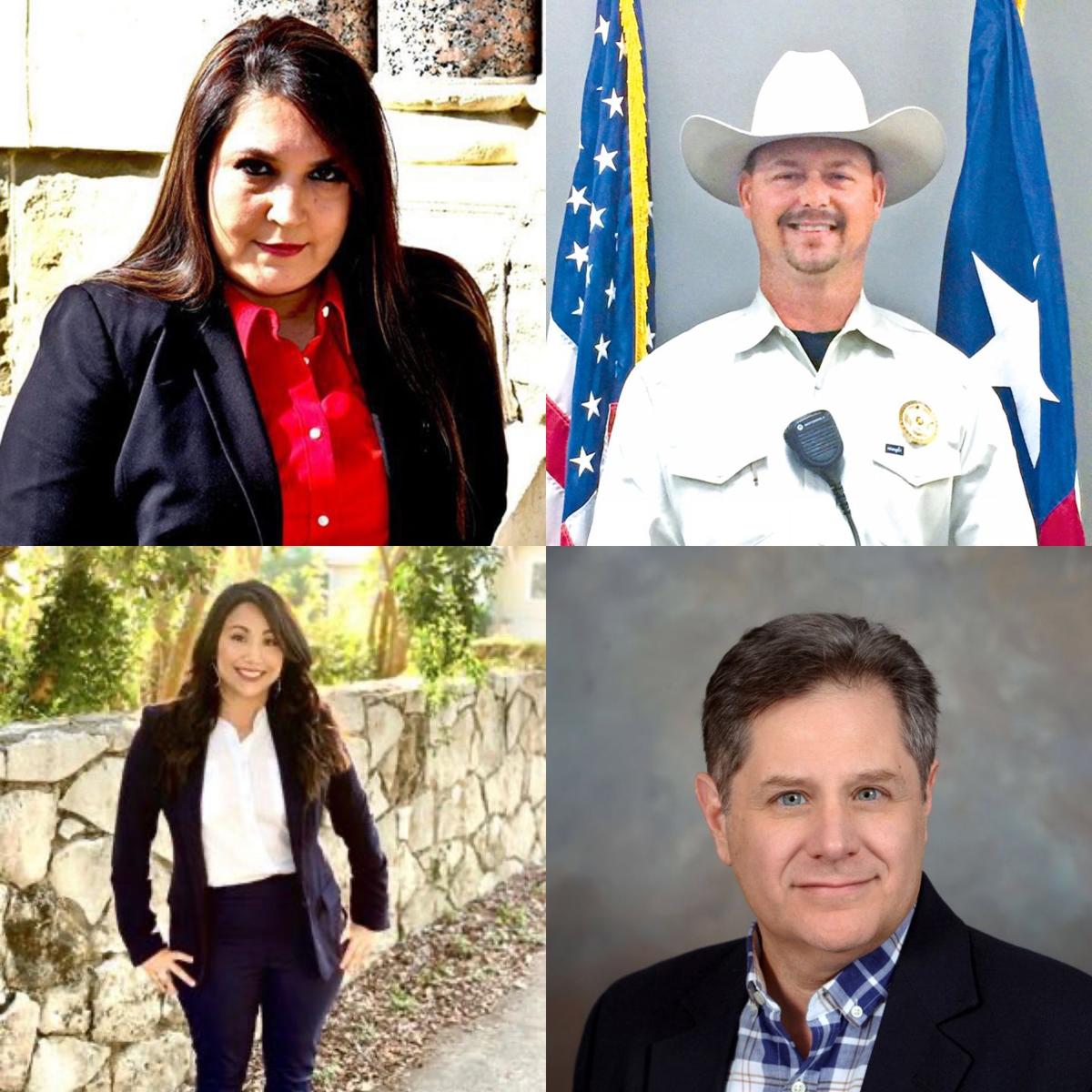 Four Republican candidates seeking the office of Victoria County tax assessor-collector say their individual reputations and visions for the office make them the best candidate for the job.

During the Victoria Advocate’s primary debate Feb. 4, former Victoria City Councilman David Hagan said his nine years of service on the council gave him a reputation of being a “consistent conservative.” He said his plans to cut waste, cut spending and emphasize customer service make him the best candidate.

Ashley Hernandez, who currently works as the assistant chief deputy of the motor vehicle department in the tax office and has worked in the office for 13 years, said her commitment to the office is clear.

Rena Scherer, the county’s longtime tax assessor-collector, is retiring at the end of her term and has endorsed Hernandez for the office. Hernandez said she was honored to be endorsed by Scherer and knows she can maintain the friendly environment of the tax office.

“I know what needs to be implemented. I’ve seen it. I’m there more than I am at home,” she said. “I’ve been dedicated to this place for 13 years. It’s what I know.”

Candidate Gracie Sosa Mendoza, who previously worked in the tax office for seven years and now works as sergeant of criminal investigations for the Calhoun County Sheriff’s Office, said she knows how to be a supervisor and is ready for the challenge of serving the community in this new capacity.

“I want to make the tax office one that when people come in, they’ll be happy to come in,” she said. “We want to treat everybody the same way, big or small.”

Richard Williams, a former Victoria County constable, said he thinks the office is ready for change. As a former constable and a combat veteran, he said he’s had to make executive decisions, lead people into battle and do what is right.

Hagan and Williams both shared similar views about increasing the office’s hours and adding a satellite office on the north side of town to increase accessibility for the community. Hagan said one of the first things he would do in office is start a pilot program that expands hours during the week, adds Saturday hours and adds a satellite office.

Hagan said he’d “make this just like the Chick-fil-A or Southwest Airlines of the tax assessor-collector’s office.”

Williams also focused his priorities on finding ways to make the office accessible to senior citizens and disabled veterans. He said the parking downtown is “atrocious” and a drive-thru satellite office on the north side of town would be a benefit to many county residents.

Mendoza disagreed, saying that she wouldn’t want a satellite office to take away from downtown, and that setup is more common in counties with populations much larger than Victoria’s.

She said when she was at the tax office, Scherer experimented with keeping the office open until 6 p.m., but no one took advantage of it. She did say she would change the hours to at least 8 a.m. to 5 p.m. Currently, the office is open from 8:15 a.m. to 4:45 p.m. weekdays.

Hernandez said the tax office already is very accessible to residents. She said she would look into an arrangement that would allow people to renew registrations at the local H-E-B stores at essentially no cost to the county.

Hagan said he thought he “leads the pack” in regards to his administrative skills that make him the best for the job. He said he has a degree in public administration and the proven leadership skills to run the office well.

Hernandez said that while working in the tax office on a daily basis, she handles the public’s questions and concerns and works to find answers to any problems that arise.

“Customer service is something we strive to always perform,” she said. “I believe we do that efficiently. We are always ready to serve.”

Mendoza said she’s well-prepared for the job because she’s worked with paperwork all her life. She’s used to handling reports and knows how to stick to the facts.

While serving as a constable, Williams said he learned how to lead people and handle administrative skills, including budgets. He said he’s always looking for opportunities to further his education, and is currently about to earn a master peace officer license.

“I want to make this office better than what it is,” he said.

The winner of the primary election will oppose Jane Bernal, the only Democrat running for the office, in November.

Occupation: Assistant chief deputy of the motor vehicle department in the tax office

Family: Married with three children and one grandson

Community involvement: Member of the Faith Academy Advisory Board; served on the Golden Crescent Regional Planning Commission; former member of the Rotary Club

David Hagan, a former Victoria City councilman, wants to be the next Victoria County tax assessor-collector.

Let me get this straight. There's two hispanic women with actual experience in the department (one of whom is already the deputy) going up against two white dudes with zero experience in any of it??

Guess we know who's gonna win.