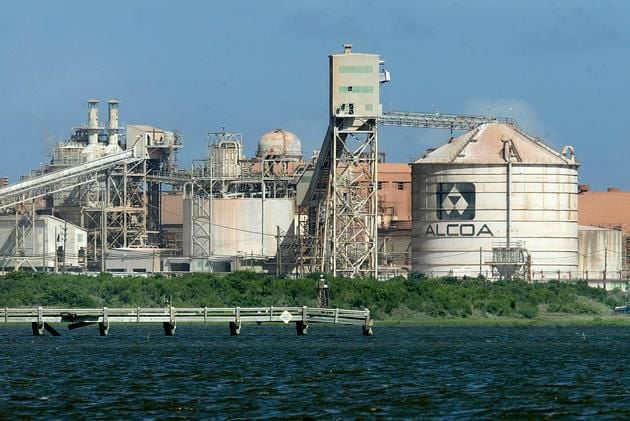 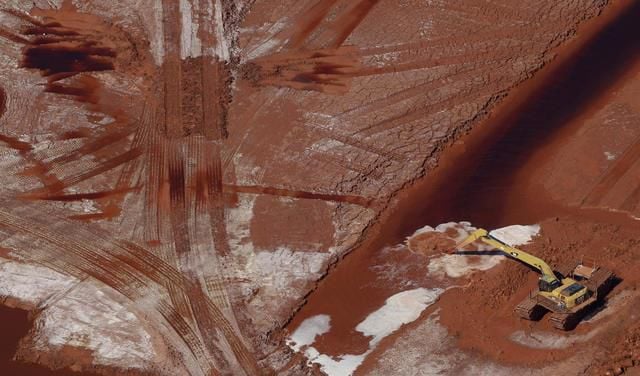 In Point Comfort, some pollution is ongoing — such as Alcoa’s omnipresent red dust — and some is a legacy from the years before environmental regulations.

In Point Comfort, some pollution is ongoing — such as Alcoa’s omnipresent red dust — and some is a legacy from the years before environmental regulations.

An aluminum refinery that helped grow the city of Point Comfort while contaminating the surrounding environment is closing after more than 70 years in operation.

Alcoa Corporation announced Monday that it will permanently close its Point Comfort alumina refinery, which fully curtailed its 2.3 million metric tons of annual alumina capacity in 2016.

The news came as no real surprise to Joel Behrens, 57, of Olivia, who has spent 27 years working at the refinery as a heavy equipment operator.

“We’ve all known it was coming,” he said. “It is all about business and everything, and we haven’t been able to be competitive ... The aluminum market is a global market now, and there are plants that sit right on top of their bauxite, and they’re a whole lot more efficient in converting because they don’t have to bear the cost of bringing their bauxite in.”

In October, Alcoa announced it was conducting a review of its global production capacities to drive lower costs and sustainable profitability. The review includes 4 million metric tons of alumina capacity or about 27% of the company’s total global refining capacity.

“We operate one of the world’s largest alumina refining systems, and we are committed to maintaining our strong first-quartile position,” Alcoa President and Chief Executive Officer Roy Harvey said in a news release. “While this decision is difficult because of the long history of operations in Point Comfort, we must eliminate unprofitable capacity and continue to improve our company for the long term.”

The refinery is part of Alcoa World Alumina and Chemicals, a group of companies owned 60% by Alcoa and 40% by Alumina Limited.

Starting in 2020, Alcoa expects the closure to result in annual net income improvement of about $15 million after-tax and non-controlling interest as well as cash savings of about $10 million for Alcoa when compared to the ongoing cost for curtailment, separate from closure costs, according to the news release.

Hundreds of employees were laid off when Alcoa decided to fully curtail operations in 2016.

“Everybody had a glimmer of hope that it would come back because there were lots of people that we worked with for years that were laid off and everything, but they decided that it wasn’t in the best interest of business to do that,” Behrens said.

Point Comfort’s current employment of about 45 people will be reduced as part of the closure, and any remaining personnel will manage the demolition, decommissioning and remediation activities to prepare the location for potential redevelopment opportunities, according to the company’s news release.

The timeline for closure was not immediately announced nor detailed to employees like Behrens.

“There is still lots of work that’s got to be done out there before they completely close it down,” he said. “Whether they do that with us or they bring a contractor in to do it, that is going to be at the discretion of upper management, so there are still a lot of gray areas. But I felt privileged to have worked out there and still work out there. I’ve raised a family, put kids through college and made a good living out there, and I’ll ride it out there until the end.”

Alcoa was established as an aluminum smelter in 1948, but smelting operations were shut down in 1980 and bauxite refining, which uses bauxite ore to produce alumina, began at the refinery in 1958.

From 1965 to 1981, the refinery discharged wastewater containing inorganic mercury into Lavaca Bay. The contamination was not illegal at the time, as the dangers mercury poses to public health and the environment were not as well known.

No court record shows how much mercury Alcoa discharged, but Dan Morales, then the Texas attorney general, was quoted in the Advocate as saying it was as much as 67 pounds per day in the late 1960s.

The state health department banned fishing for finfish and crabs in about 1 square mile of Lavaca Bay in 1998 because to elevated levels of mercury found in samples, just a few years before the EPA listed the area as a superfund site that requires long-term cleanup.

Cox Bay, a portion of the closed area, was reopened in 2000 because sampling showed that levels of mercury in finfish and crabs had decreased to a level acceptable for human consumption based on state’s risk characterization.

But the latest EPA report, published in 2016, shows that the contamination still remains. The average mercury concentration in red drum there was twice what state health officials consider safe to eat over a sustained period when samples were taken in 2015, and concentration levels were about the same as those detected in 1997.

“Alcoa may be shut down, but I believe there has been environmental harm there, especially given that it seems that the levels in the fish remain the same,” said Diane Wilson, an environmental activist in Calhoun County. “I think the toxic legacy of Alcoa still remains. They may be gone, but the toxic legacy remains, and it concerns me. It really does.”

How the refinery’s closure will affect the required superfund site cleanup was not immediately known.

“Is there going to be closure on those red mud lakes out there?” Wilson said. “It is real interesting in terms of how they are going to do that.”

POINT COMFORT – The Calhoun County Port Authority is one step closer to getting federal approval to widen and deepen the Matagorda Ship Channel.

Will you go to the next downtown Artisan Market?