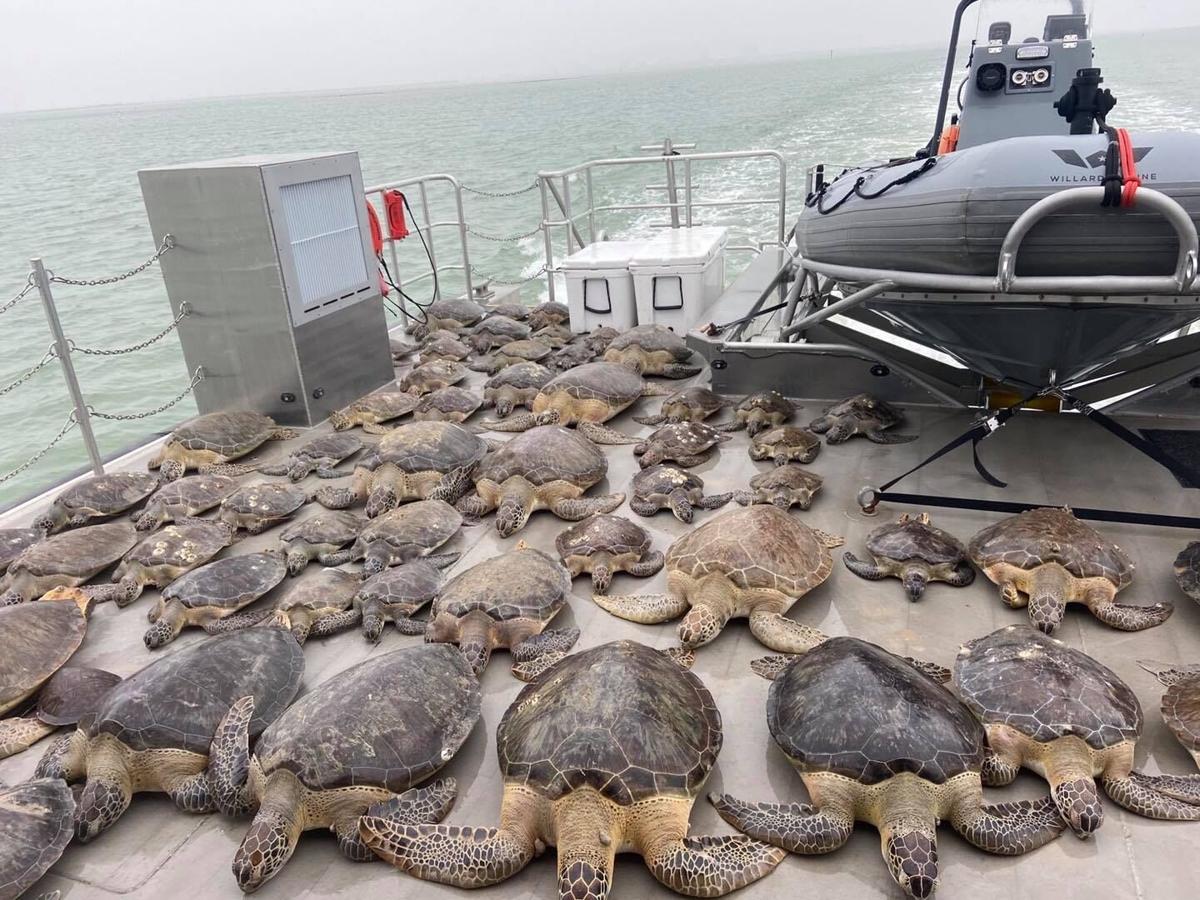 Texas game wardens and the biologists with Texas Parks and Wildlife’s coastal fisheries division rescued 141 cold-stunned sea turtles from the Brownsville Ship Channel and surrounding bays. The turtles were among thousands that have been rescued since Sunday. 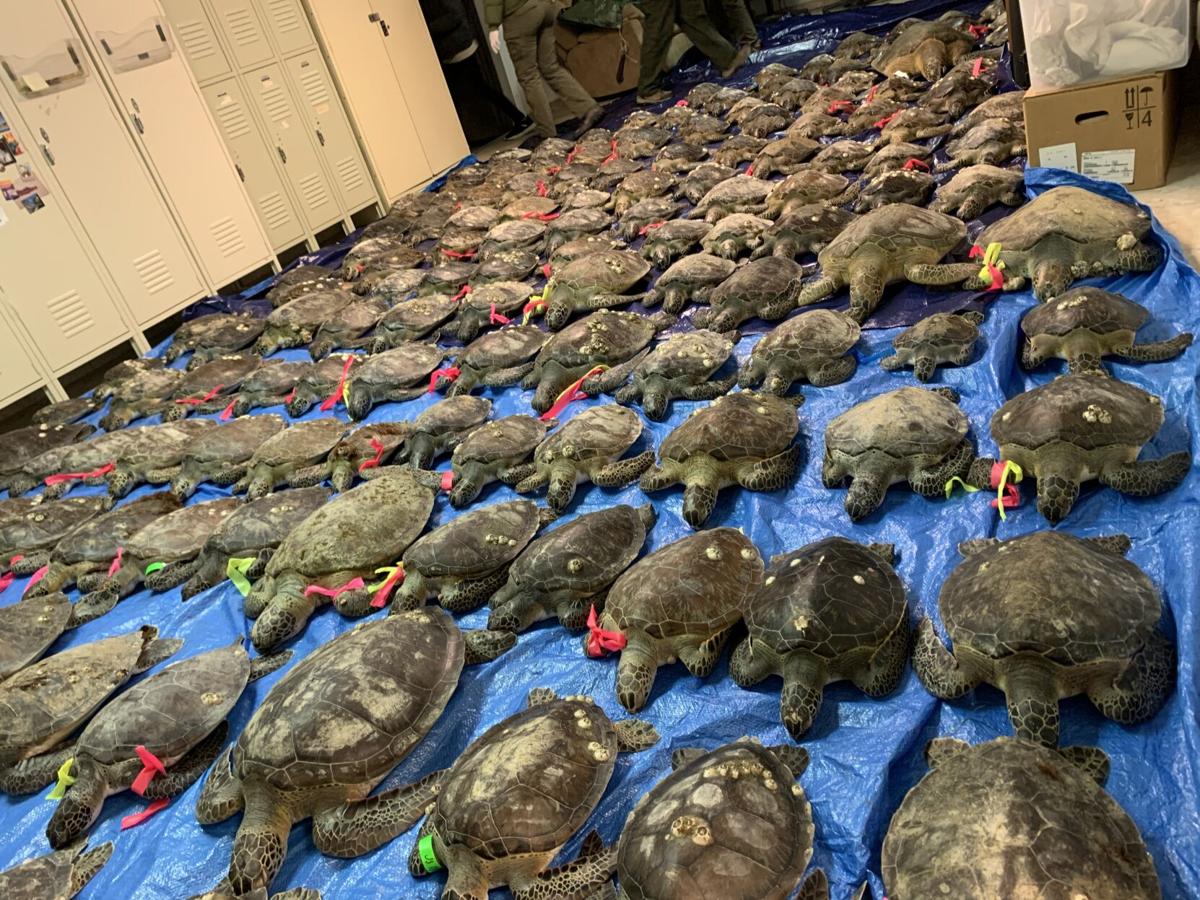 Thousands of sea turtles have been rescued during a winter weather event on the Texas Coast.

Texas game wardens and the biologists with Texas Parks and Wildlife’s coastal fisheries division rescued 141 cold-stunned sea turtles from the Brownsville Ship Channel and surrounding bays. The turtles were among thousands that have been rescued since Sunday.

Thousands of sea turtles have been rescued during a winter weather event on the Texas Coast.

The winter weather that continues to wreak havoc on Texas’s power and water infrastructure has led to the largest cold-stunning event for sea turtles ever recorded in the United States.

As of Thursday, 8,165 sea turtles had been rescued in Texas this winter, including more than 8,000 green turtles that were rescued Sunday through Thursday, according to a preliminary report from Donna Shaver, chief of the Padre Island National Seashore’s division of sea turtle science and recovery.

Hundreds of additional turtles were recovered Friday that have yet to be tallied, Shaver said, but the cold stunning event already exceeds the 4,613 cold-stunned turtles recorded in Florida about five years ago — the largest on record in the U.S. since 1980, when the Sea Turtle Standing and Salvage Network was established.

The toll is also already more than double the 3,702 cold-stunned turtles found in Texas during the winter of 2017-18, which was previously the largest cold stunning event in Texas since the network was established, Shaver said.

Sea turtles are ectothermic, like most reptiles, which means their body temperature changes with the environment around them. When mean water temperatures drop below 50 degrees, sea turtles can find themselves in a form of hypothermia known as cold stunning that makes them lethargic and unable to swim.

Those turtles are prone to boat strikes. If not rescued, algae can start growing on them and active parasites can begin to colonize their shells.

Freezing temperatures and dangerous road conditions limited rescues on Monday and Tuesday, concerning wildlife rescuers because the portion of cold-stunned turtles that are found dead increases the longer that they await rescue.

About 40-50% of the nearly 1,100 turtles that were found Thursday were located alive, according to the preliminary report from Shaver. The vast majority of turtles have been located near Corpus Christi and Padre Island, though nearly 100 were rescued in East Matagorda Bay. Exact numbers found by area and whether they were found alive or dead are not yet available.

Patrols have been incomplete in many inshore areas of the state and turtles continue to be found in areas already patrolled, Shaver said.

Anyone working or recreating in the Texas bays, channels and passes should be vigilant for cold stunned turtles and report any spotted by calling wildlife rescuers at 1-866-TURTLE-5. Further instructions will be provided upon  making a report.

Anglers and coastal residents can report any freeze related fish kills or large numbers of sluggish or cold-stunned fish by contacting Texas Parks and Wildlife Department’s Law Enforcement Communications office at 281-842-8100 or 512-389-4848.