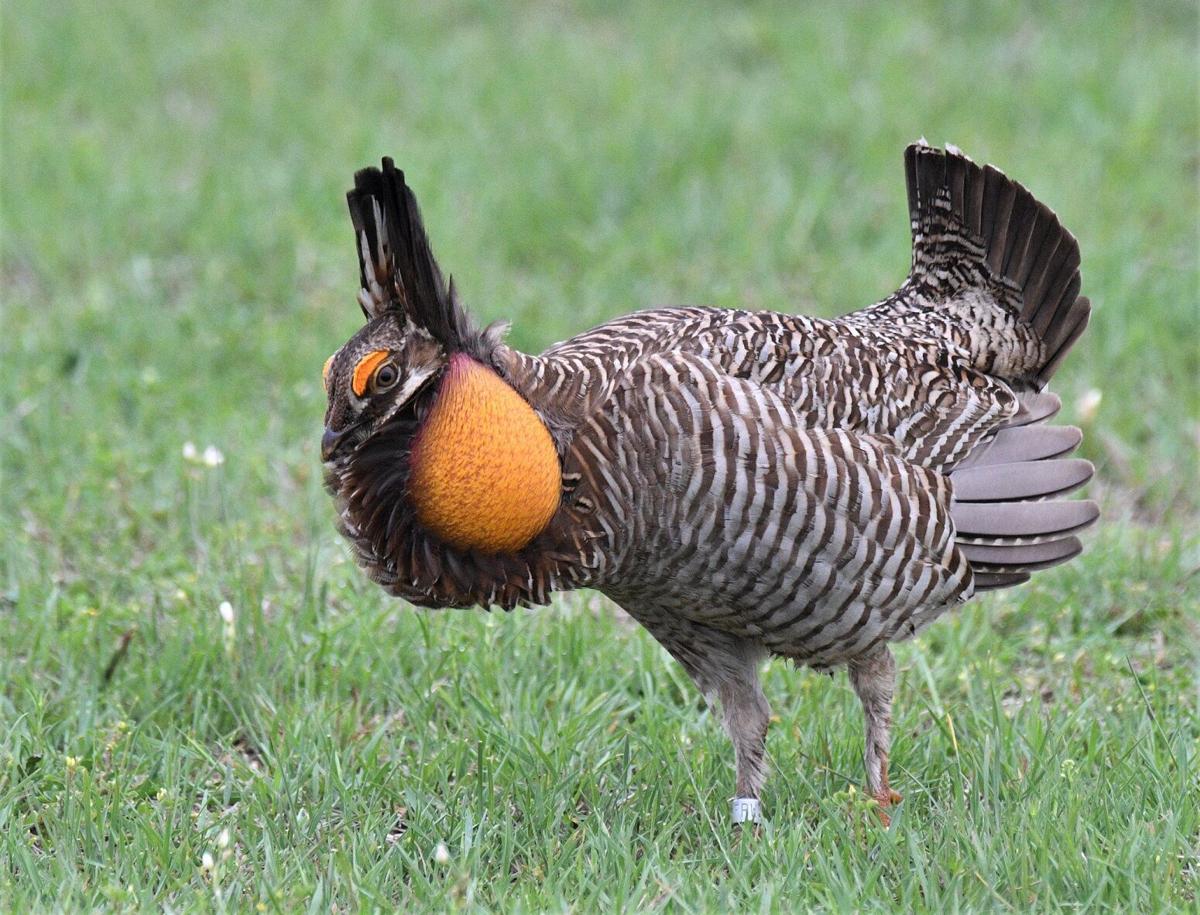 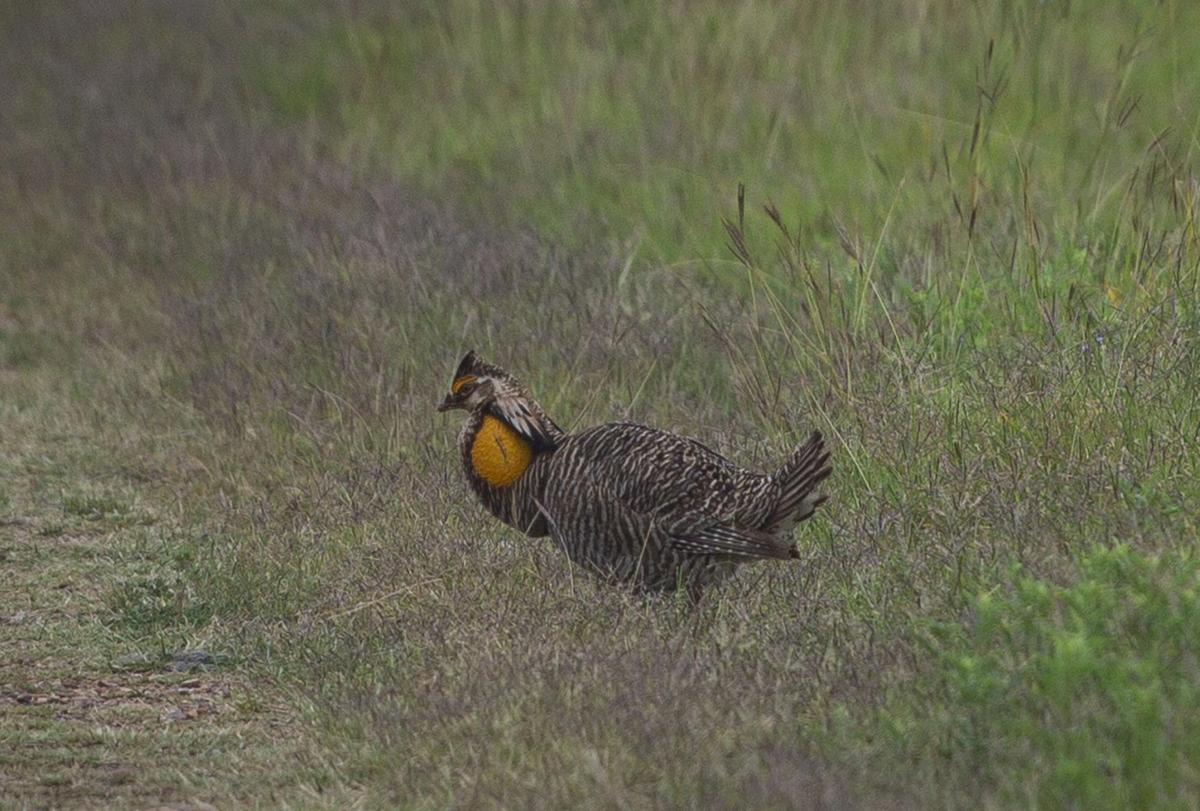 An Attwater’s prairie chicken makes a mating display near a hen’s nest at a ranch in Goliad in 2018.

The U.S. Fish and Wildlife Service and the Nature Conservancy reported Thursday that Texas’ critically endangered Attwater’s prairie chicken population is at an estimated 178 birds — the highest it has been since 1993.

The count demonstrates a comeback from near extinction. During the spring count that followed the devastation of Hurricane Harvey, only 13 males were recorded remaining in the wild, according to the USFWS.

“The remarkable recovery from an all-time population low following Harvey, to a population level not seen in almost 30 years, is a testament to the strength of the recovery program, and to the resiliency of the Attwater’s prairie chicken itself,” John Magera, Attwater Prairie Chicken National Wildlife Refuge manager, said in a news release.

During the 2021 spring count, 89 males were spotted performing breeding displays at the Attwater Prairie Chicken National Wildlife Refuge and on private ranch lands that participate in the Conservancy’s Refugio-Goliad Prairie Project.

“This rebound demonstrates that these birds still possess the potential for the sort of population growth needed to make recovery possible,” Magera said. “It also provides new hope for the conservation partners that are actively engaged in helping this once iconic inhabitant of coastal Texas grasslands regain a foothold on the way to recovery.”

More than 100 years ago, the Attwater’s population was estimated at upwards of a million birds in Louisiana and Texas. Habitat loss caused by invasive woody species, conversion to agriculture and development led the species to disappear entirely from Louisiana by the early 1990s and struggle to survive in Texas by the mid-1900s.

The Attwater’s prarie chicken now only occurs in the wild in two parts of Texas: the Attwater Prairie Chicken National Wildlife Refuge in Colorado County and a private ranch in Goliad County.

As early as 1937, officials with the state parks and wildlife agency closed the hunting season for Attwater’s and hired conservation biologist Valgene Lehmann to conduct a life history study on the species. The species was later included in the first list of federally protected endangered species in 1967.

That same year, the World Wildlife Fund and the Conservancy acquired ranch lands in Colorado County that would eventually become part of a National Wildlife Refuge bearing the bird’s name. In the early 1990’s a captive-breeding program was also started to preserve as much genetic representation as possible from failing populations, and provide source stock for rebuilding wild populations.

Despite these efforts, the species remained perched on the brink of extinction until researchers made a breakthrough.

While populations still remain at risk from fire ants, extreme weather events and other threats, ongoing efforts aim to help the species recover in Texas.

During decades of conservation efforts, the Conservancy has partnered with private landowners for brush removal, fire ant treatments, proscribed burns and promotion of routine grazing, said Kirk Feuerbacher, Coastal Prairies Project Director at the The Nature Conservancy in Texas. All these practices help maintain the coastal grassland habitat that these birds rely on.

“While countless conservation initiatives and partners have been involved in these efforts, the potential for species recovery could never be possible without the engagement and critical support of individual landowners,” Feuerbacher said.

Several organizations are restoring prairie grasslands infested by brush or otherwise made unsuitable for prairie chickens. On the refuge, more than 10,000 acres of native coastal prairie are sustained through prescribed fire, grazing management, brush control and the planting of native prairie seeds.

Additional voluntary habitat restoration occurs on private lands managed under the Safe Harbor Agreement and through the Refugio-Goliad Prairie Project, which is held by the Coastal Grazing Lands Coalition to protect several endangered species found in the area—including the Attwater’s prairie chicken.