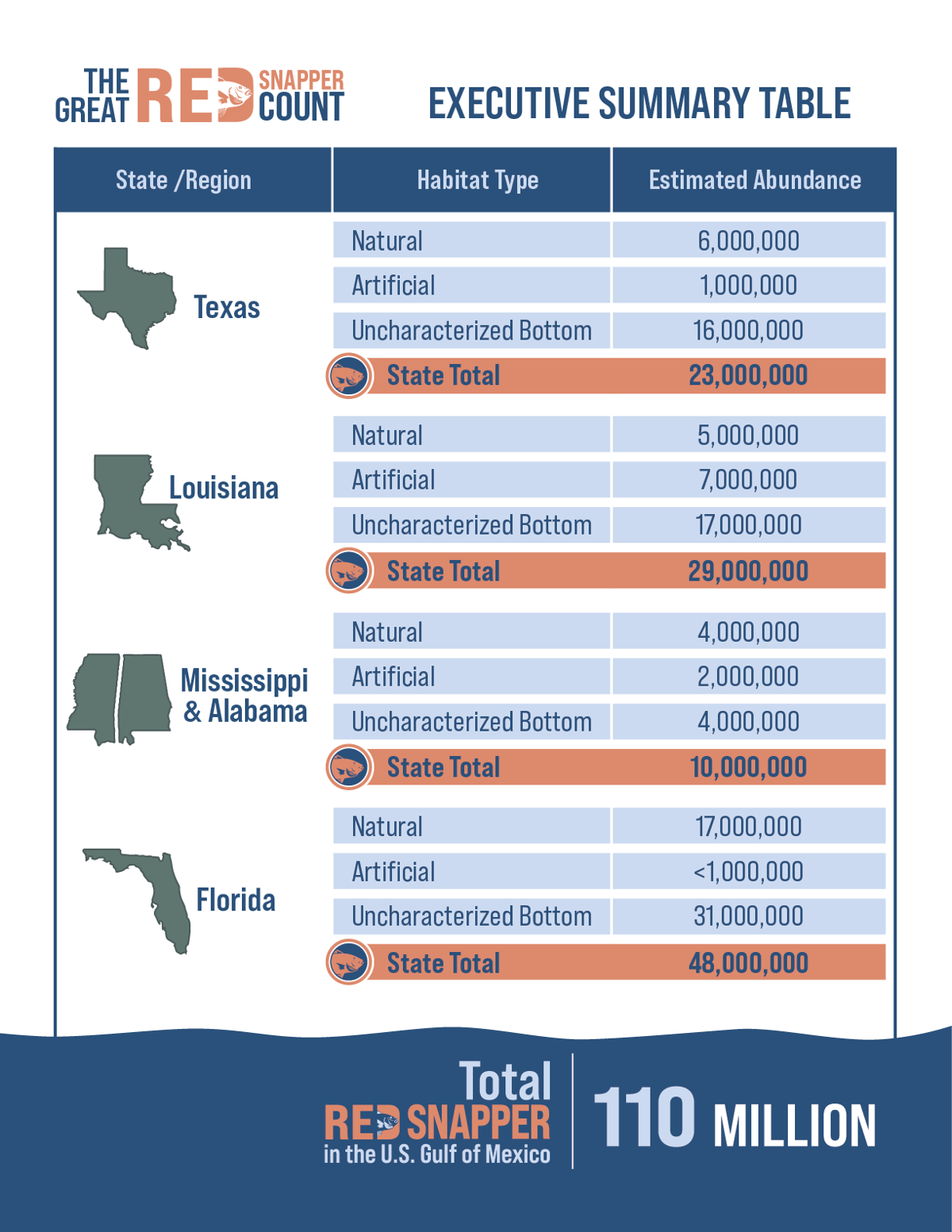 A summary table of the Great Red Snapper Count’s absolute abundance estimate shows that about 60% of the population was found in uncharacterized bottom. 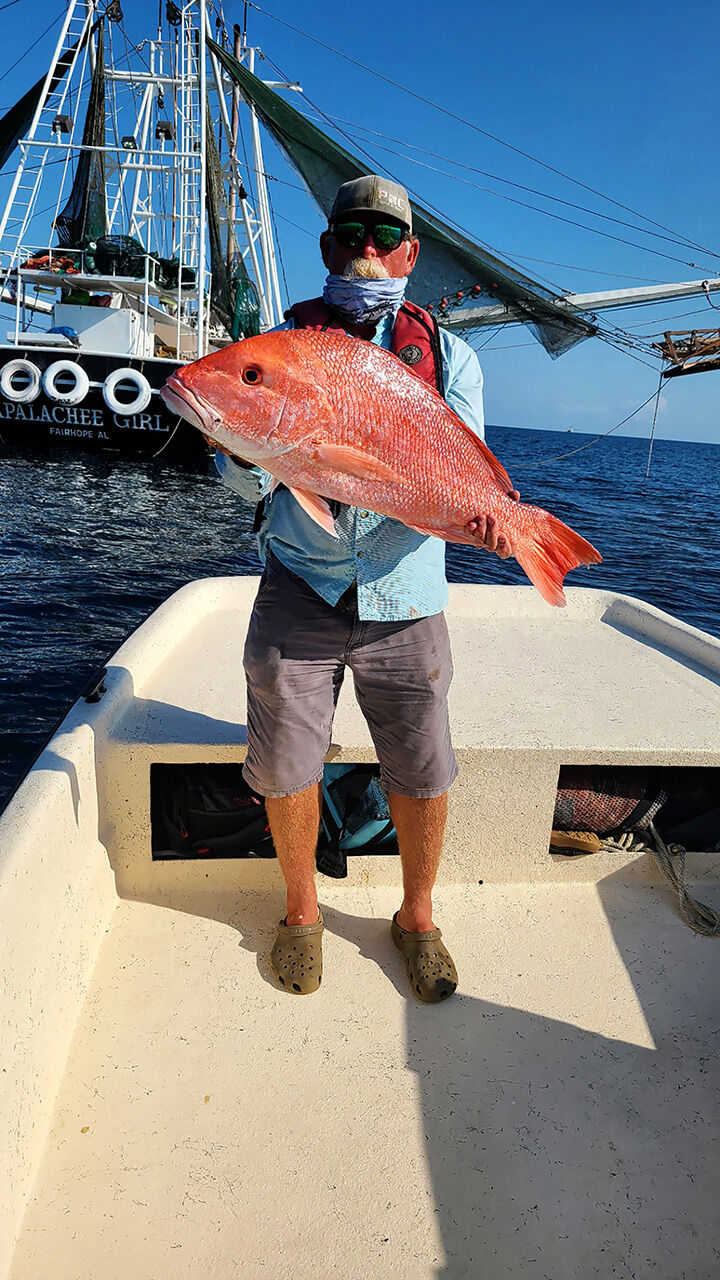 Mark Greiner holds a red snapper caught in the Gulf of Mexico out of Port O’Connor. 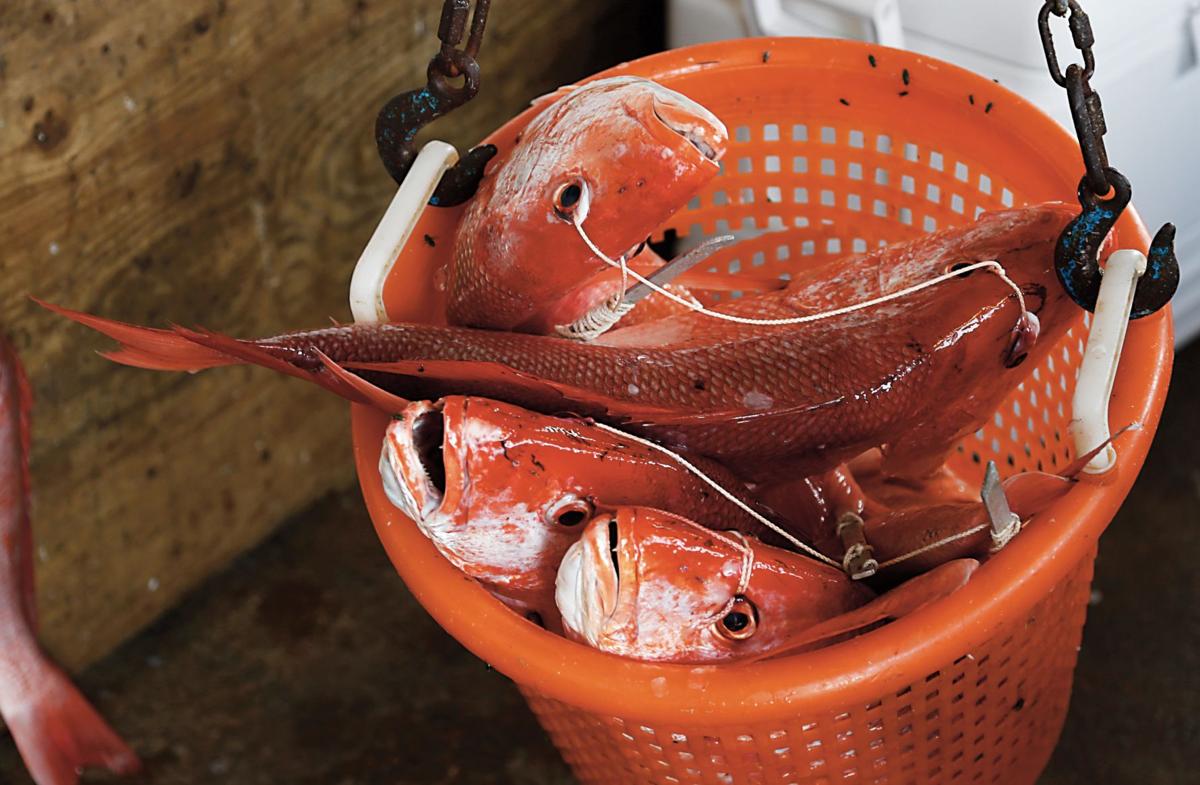 Red snapper sit in a scale basket before being processed at Captain Kelly’s Deep Sea Headquarters on July 2, 2015.

A summary table of the Great Red Snapper Count’s absolute abundance estimate shows that about 60% of the population was found in uncharacterized bottom.

Mark Greiner holds a red snapper caught in the Gulf of Mexico out of Port O’Connor.

Red snapper sit in a scale basket before being processed at Captain Kelly’s Deep Sea Headquarters on July 2, 2015.

The recreational season for one of the Gulf’s most valuable and most regulated fish is coming to a close in federal waters off the Texas coast.

The final day of the red snapper season for federal waters will close one minute after midnight on Thursday — 65 days after the season opened, according to a news release from the Texas Parks and Wildlife Department.

The federal season for charters will end on Tuesday.

“For the fourth year in a row, Texas anglers were able to enjoy more than two months of red snapper fishing in federal waters,” Robin Riechers, director of TPWD’s Coastal Fisheries Division said in a news release. “This demonstrates the ability of TPWD to effectively manage the red snapper fishery by establishing federal season lengths and most importantly being able to keep state waters open year-round.”

Under an agreement with the National Marine Fisheries Services, Texas Parks and Wildlife establishes opening and closing of the red snapper fishery in federal waters that start 9 nautical miles from the shoreline.

The state annually uses data from creel surveys, historical landings and the iSnapper mobile application to calculate the state’s red snapper landings to monitor harvests. In agreement with NOAA Fisheries, the state must close the fishery when its allotted poundage of red snapper is reached for the year.

Management of the red snapper fishery has long been a topic met with bitterness and frustration by recreational anglers.

Starting in 1988, federal estimates showed that the fishery had been overfished since the 1960s. A rebuilding plan for the depleted stock was implemented and has led to some recovery, but the spawning potential of the population is still below the rebuilding target.

In the last two decades, a cycle of shorter federal seasons and greater uncertainty in recreational landing estimates during an era of increasing spawning stock biomass led to increasing distrust in assessment and management of the fishery, according to a study that Congress funded as part of legislation passed in 2017.

The legislation funneled about $10 million into that study, known as The Great Red Snapper Count. It also changed state-water fishery boundary for all states to 9 nautical miles from their coastlines and established an exempted fishing permit program that allowed states limited management of recreational snapper.

Published by the Harte Research Institute for Gulf of Mexico Studies in March, the massive study found that federal waters in the Gulf of Mexico are home to an estimated 110 million red snapper — more than three times previous federal estimates of about 36 million.

That figure includes 23 million along the coast of Texas. The majority of the newly detected fish were not in areas where snapper anglers fish, such as pipelines, natural reefs, oil rigs and artificial reefs but instead in bay bottom habitat that were previously unaccounted for.

The findings received a warm welcome from many recreational anglers and advocacy groups, such as the Coastal Conservation Association, which said the findings “mean that the foundation of everything NOAA thought it knew about red snapper is fundamentally cracked.”

“That is hugely reassuring for anglers who have suspected all along that something wasn’t adding up. The danger now is that NOAA will find a way to take the new fish “discovered” by the GRSC and somehow use them to patch up its broken management system,” the association said in a statement. “For all the disdain heaped upon the recreational angling sector by NOAA for the past 15 years, that would be an unacceptable outcome.”

Results were analyzed and only partially incorporated by the Gulf of Mexico Fishery Management Council’s scientific and statistical committee ahead of the 2021 season, which had little affect on the recommended annual catch. Exactly how the study will be incorporated into future assessment and management of the fishery remains to be seen.

“For the first time, now, we have something new and amazing and that is the absolute estimate. That estimate in itself doesn’t tell us how to manage the fishery … we have to basically combine that information with other information, particularly in order to actually get management advice,” Kai Lorenzen, of the council’s scientific and statistical committee, said during an April council meeting. “In a sense, the big question is not how many fish there are but how many fish you can sustainably take.”

“It is important to recognize there are broader options to making changes that will emerge from this information and we don’t yet know what those are.”

In a news release, Texas Parks and Wildlife said it plans to work with the National Marine Fisheries Service and Gulf of Mexico Fishery Management Council to use the Great Red Snapper Count to better manage and sustain red snapper populations in Texas.

The council will continue ongoing discussions on assessment and management of the fishery at its next meeting at the end of August.

Are you planning on attending the Sept. 25 citywide cleanup in Victoria?