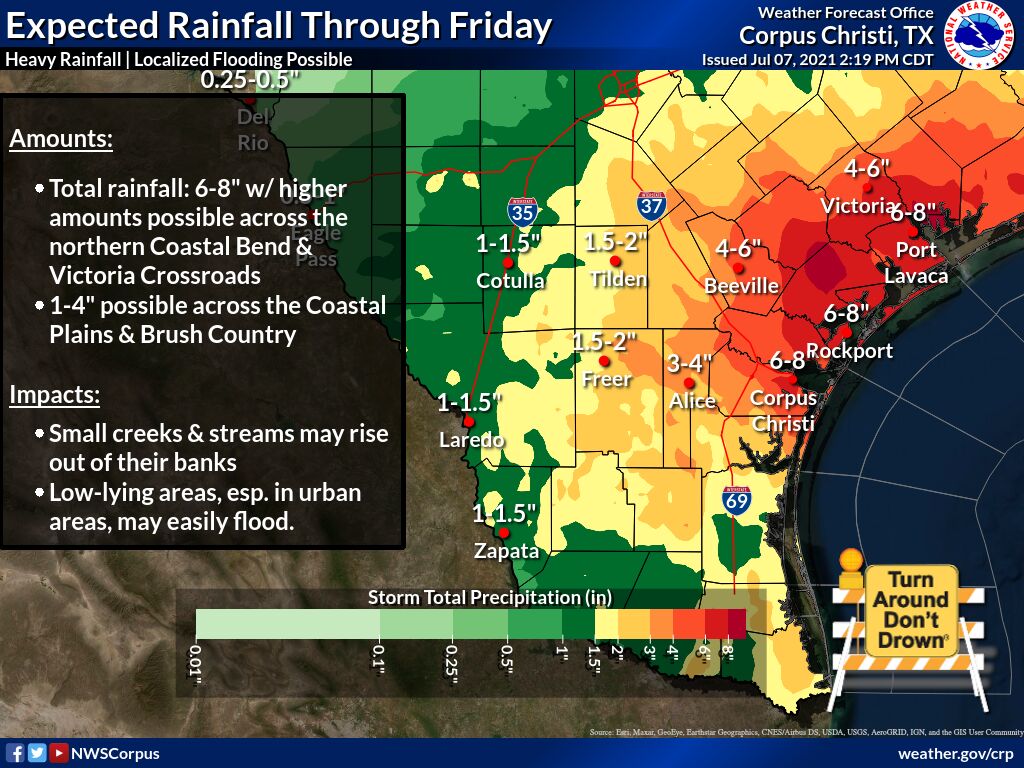 Up to 8 inches of rain are forecast to fall in the Crossroads through Friday. 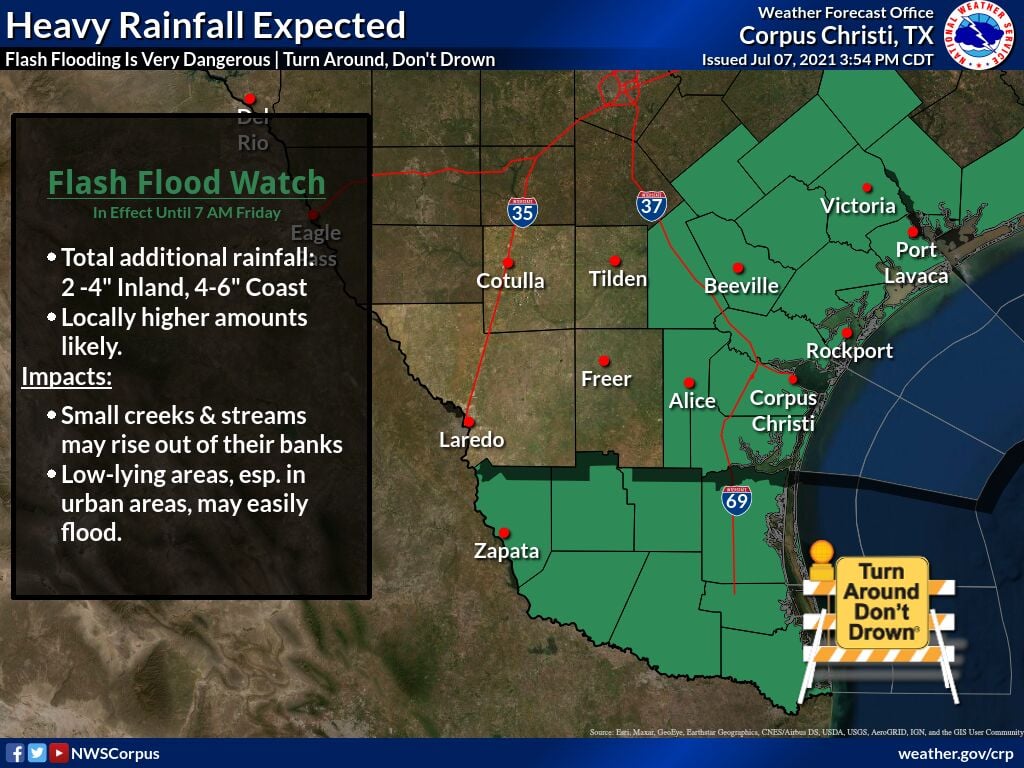 All of the Crossroads is under a flash flood watch until 7 a.m. Friday. Small creeks and streams may rise out of their banks and low-lying areas, especially in urban areas, may easily flood, according to the National Weather Service.

Rain, rain, rain and more rain is forecast for the already saturated Crossroads through Friday, raising concerns of flooding and hazardous driving conditions.

The region’s “wet pattern” will continue with numerous showers and thunderstorms expected through Thursday, according to the National Weather Service. A flash flood watch for all of the Crossroads will remain in effect until 7 a.m. Friday, after which rainfall is expected to decrease.

Because soils across the region are already saturated due to recent rainfall, additional heavy rains can quickly lead to flash flooding.

“People need to monitor the areas they know flood and try to avoid them,” said Calhoun County Emergency Management Coordinator Ladonna Thigpen. “Since everything is saturated, it won’t be absorbed into the soil and instead will run into a ditch or low-lying area. That is what will cause the flooding.”

Old Seadrift Road and the Six Mile bridge on Farm-to-Market Road 1090 in Calhoun County had to be closed early Wednesday due to standing water, as well as portions of roads along Maple Street in Port O’Connor, she said.

More road closures in low-lying areas are expected throughout the region.

Driving through flood waters, which led to two rescues in Lavaca and Victoria counties just last month, is not worth the risk, she said.

“The best thing I can say is to don’t even risk it,” West said. “Because of the uncertainty of the water, things can turn bad quickly.”

Have you ever been to a calf roping competition?