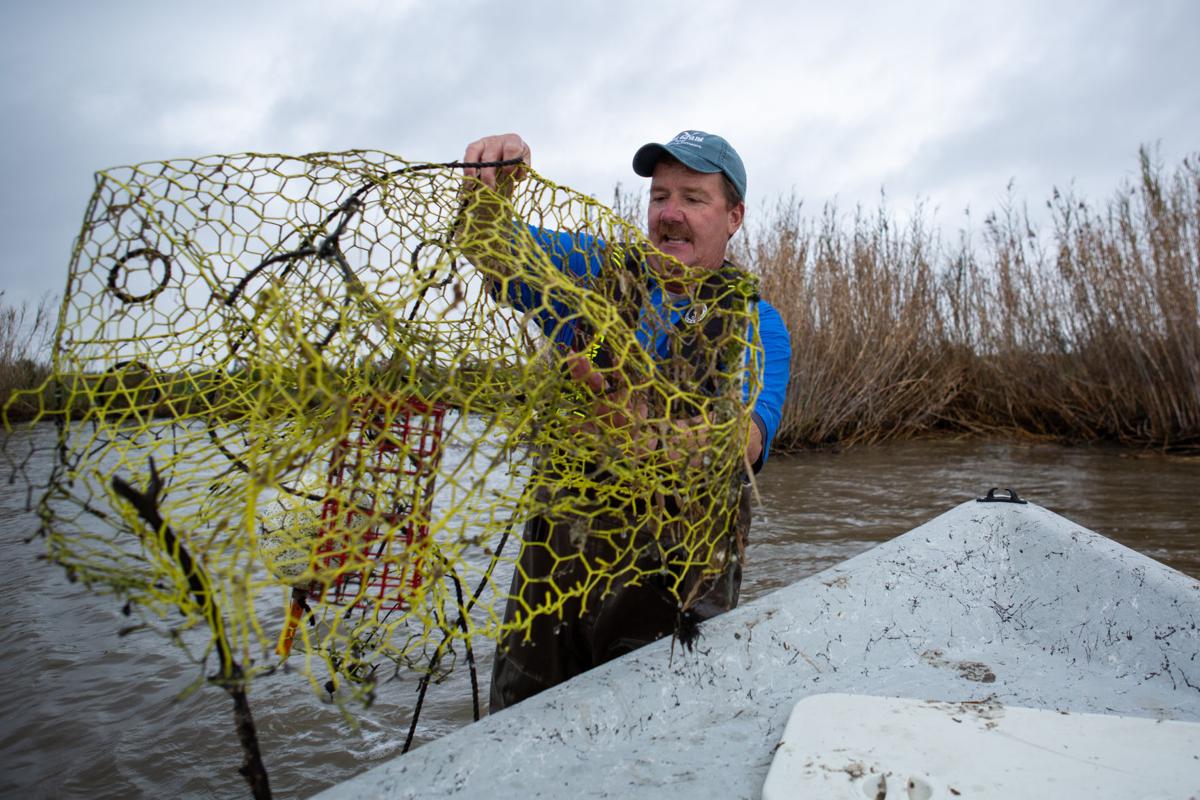 RJ Shelly, Calhoun County Extension agent, pulls up a derelict crab trap onto a boat during the annual crab trap removal in February 2020. Abandoned crab traps that still actively trap can be detrimental to the ecosystem. 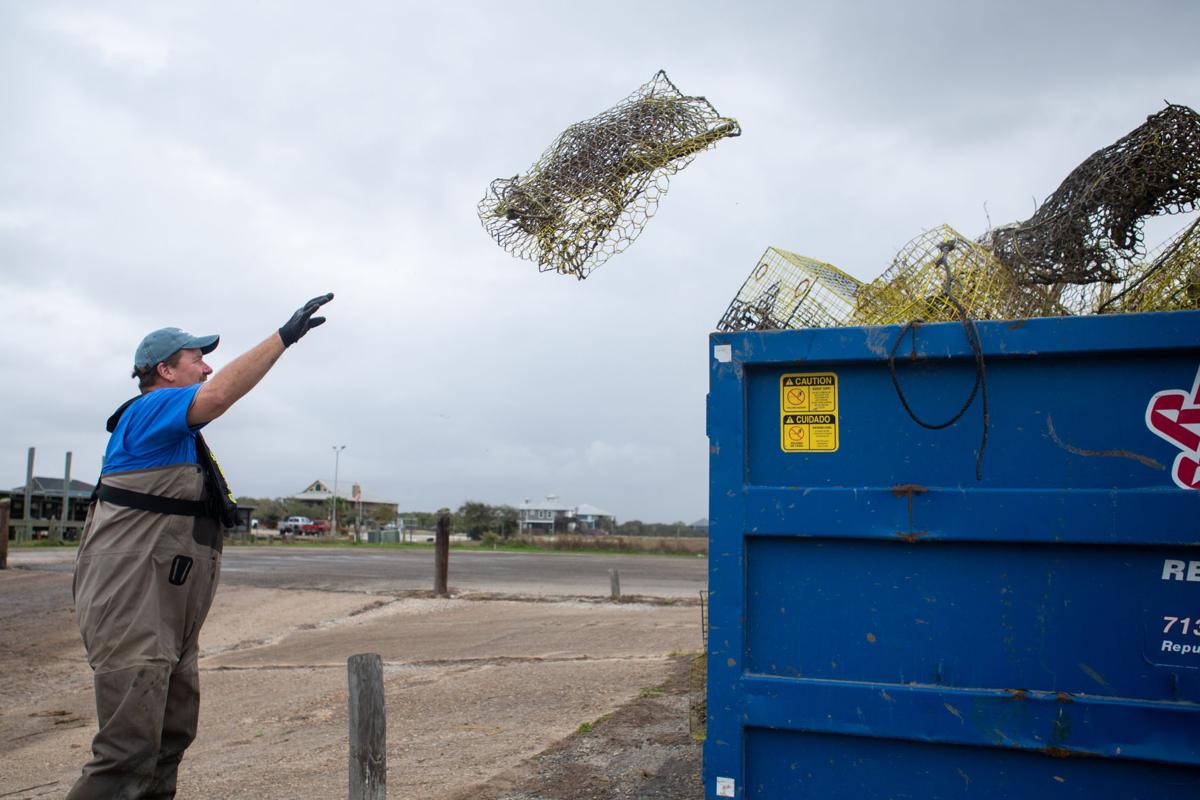 RJ Shelly throws a flattened crab trap into a designated dumpster for the abandoned traps found off the coast of Seadrift in February 2020.

RJ Shelly, Calhoun County Extension agent, pulls up a derelict crab trap onto a boat during the annual crab trap removal in February 2020. Abandoned crab traps that still actively trap can be detrimental to the ecosystem.

RJ Shelly throws a flattened crab trap into a designated dumpster for the abandoned traps found off the coast of Seadrift in February 2020.

The San Antonio Bay Partnership is seeking volunteers to help pick up abandoned crab traps along the Middle Texas Coast.

Since 2002, volunteers have annually picked up vacated crab traps during a 10-day period as part of the Texas Department of Parks and Wildlife Crab Trap Removal Program.

Abandoned crab traps have been identified as a significant source of mortality for a variety of organisms that get caught in them, according to TPWD. They also can damage shrimping nets, snag fishing lines, get caught in motors, create visual pollution and user conflicts.

More than 38,000 neglected traps have been removed from Texas coastal waters through TPWD’s program, according to the state agency. That includes more than 1,600 that were picked up by volunteers in local waters last year, according to a recap report from the San Antonio Bay Partnership.

TPWD will close crabbing with wire mesh crab traps in coastal waters Feb. 19-28 to allow for the cleanup. Any traps left in bays, including those tied to docks, will be assumed abandoned and considered litter under state law.

The San Antonio Bay Partnership organizes the local arm of the program and has expanded its focus area to include San Antonio, Aransas, Lavaca and Matagorda bays.

The partnership has identified 57 areas to retrieve crab traps from. An estimated 180 volunteers and 57 boats are needed to cover the areas over the 10-day period, said Allan Berger, chair of the San Antonio Bay Partnership.

The partnership is also looking for a few volunteers to recycle the traps Feb. 20 at the TPWD dock in Port O’Connor. Those volunteers will not need boats, Berger said.

Funding for this year’s cleanup is from a NOAA Marine Debris Removal Grant that was made possible by Coast Bend Bays and Estuaries Program. The grant requires collection of volunteer effort and crab trap data using a mobile application called Collector.

Volunteers will be asked to use the application to collect data on each trap pick up, which will be analyzed to identify impact of abandoned traps and root causes of trap dereliction.

For more information on how to participate in the crab trap cleanup, visit sabaypartnership.org/crab-trap-removal.

Volunteers take to bays to pick up abandoned crab traps

PORT O’CONNOR — The sun was shining when Allan Berger and his wife, Brigid Berger, scanned the shorelines of Espiritu Santo Bay for deserted c…

Do you play bingo?