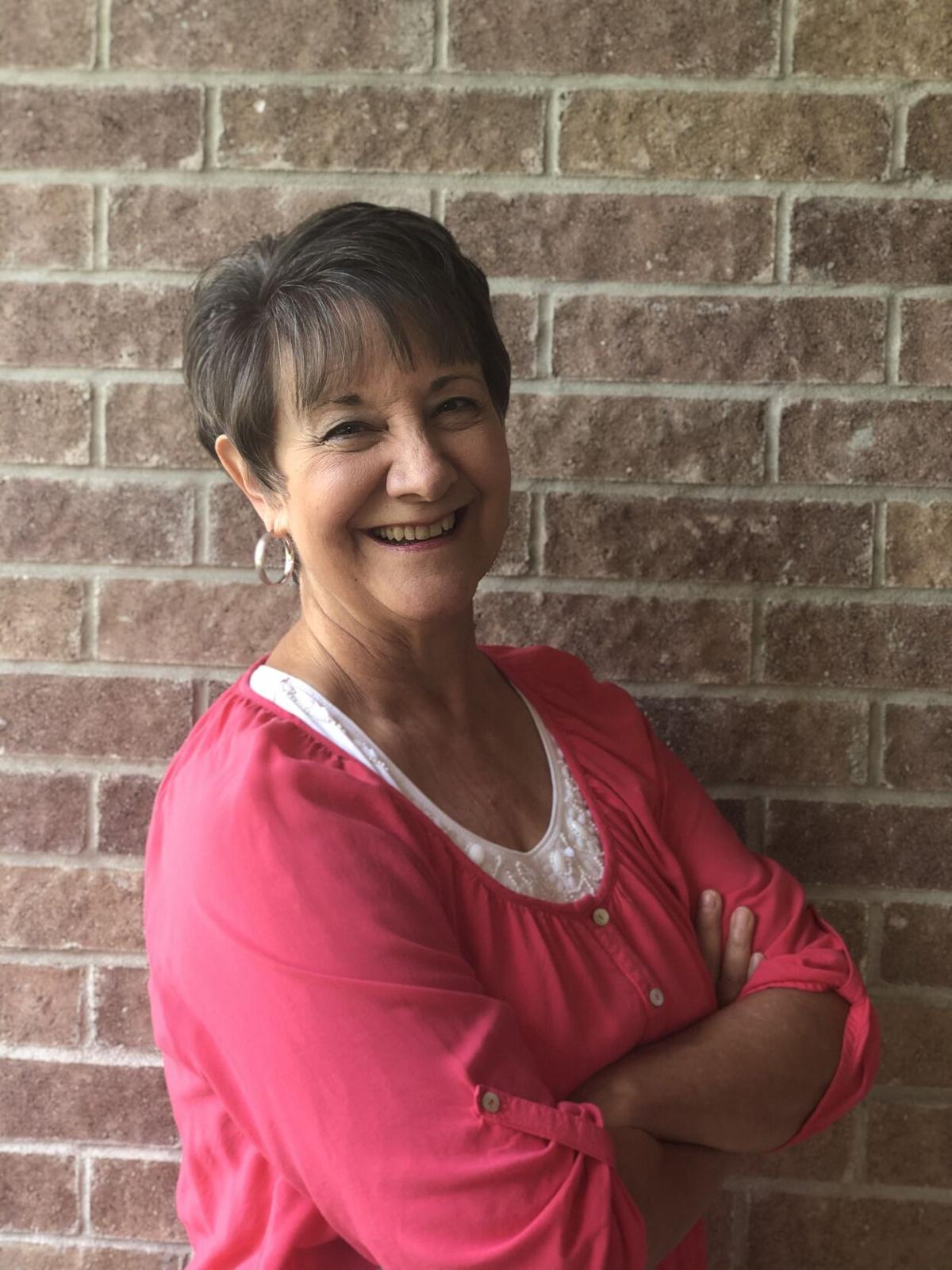 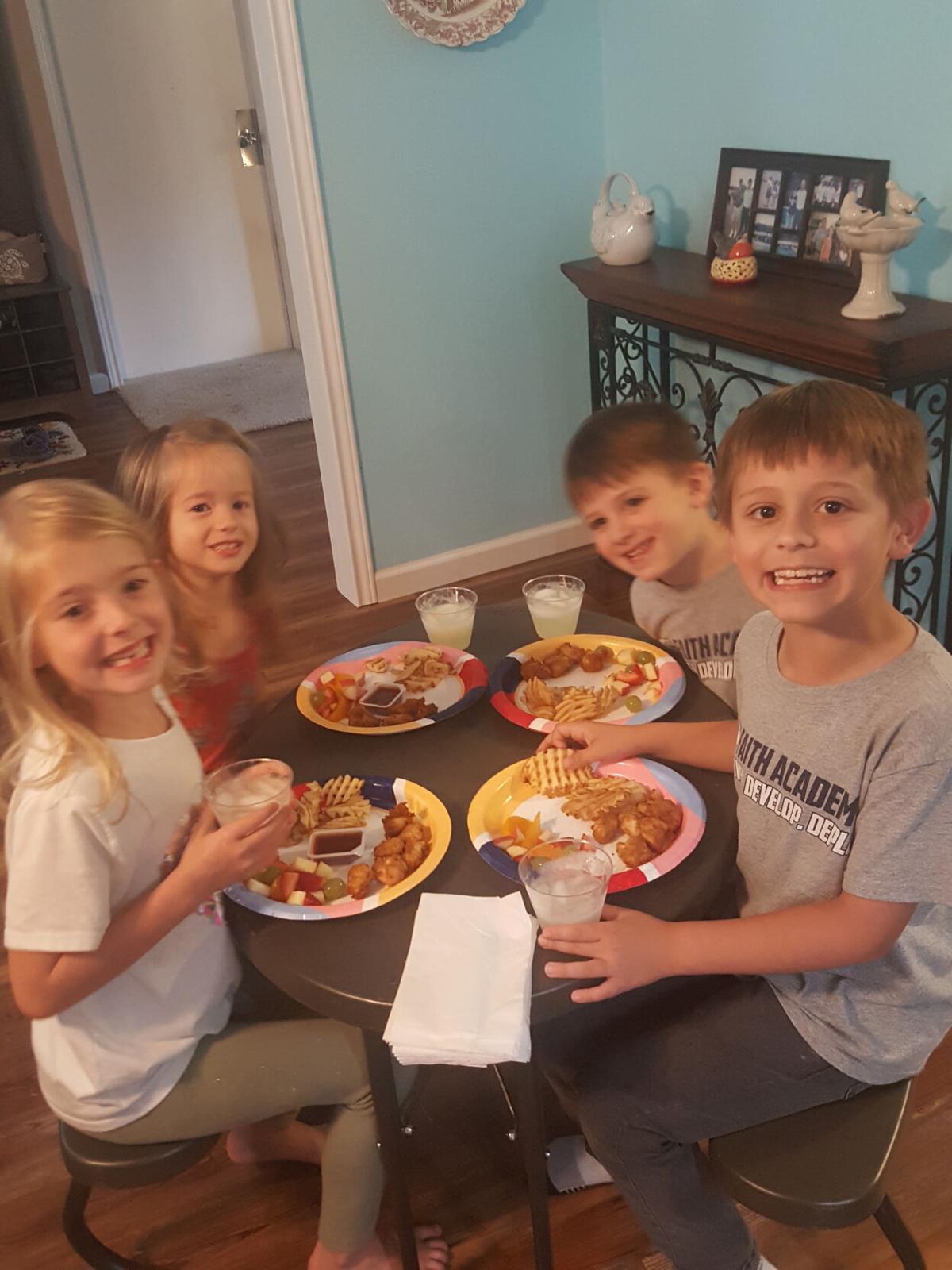 Our fair city of Victoria recently had a spat of rain and drizzly weather. Of course, that would be when I wanted to see my grandkids, so my daughter and I made a Gonzales run. An hour drive for each of us to pick up and return children. This time, I came home with our two oldest granddaughters — 7 and 5. The toddler stayed with her mom.

Outside wasn’t much fun, so I called my daughter-in-law and asked if my two grandsons had a free afternoon for “cousin-time.” She arrived with Chick-fil-A nuggets and fries and a bowl of mixed fruit. The kids were thrilled for each other’s company and gobbled down an early dinner. Then, they dashed off for the best part — playtime.

My daughter-in-law and I sat and visited while they ran through the house playing various versions of hide-and-seek. Thundering around the upstairs was the absolute best. Despite numerous warnings, they got progressively louder. Finally, when 5-year-old Ria ran by and let loose an earsplitting shriek, we’d had enough and put her in a mild form of time-out. So dreadful. She had to sit on the sofa instead of participating.

We needn’t have worried.

Eight-year-old David, the empathetic one, led the others. All three children quietly sat with Ria, the child in time-out. When I asked what they were doing, he explained they were keeping her company. No adult explanation about that not being the point made any headway — they stuck by her like cement. We eventually shooed them all away, sooner than later.

But they got nice and tired from running and yelling in the house — something ordinarily off-limits. They wore big smiles at the end and thoroughly enjoyed their time together.

When I was relating their antics to my son, he laughed and said, “David does that at home, too. If his brother is in time-out, he finds a way to be near him. He tells us, ‘He needs me.’ Even when we explain he isn’t helping, he stays by him anyway.”

“He needs me.” The words of my tenderhearted grandson struck a chord deep within me. It reminded me of the Neil Diamond song that was so popular way back when — “He Ain’t Heavy, He’s My Brother.”

God created us for fellowship. Hollywood portrays the rugged individualist as glamorous, but, in truth, without each other, our lives are lonely and barren. The bottom line is we need each other for support, guidance and comfort. Years ago, as a young woman, I attended the funeral of a much-beloved father and friend in our small community. I didn’t want to go because my appearance was atrocious — puffy eyes, red nose, still crying. But my children encouraged me, and I’m still glad I went. Come to find out, we all looked the same way. Sharing the pain was infinitely better than suffering alone. There was strength in our collective brokenness.

Does someone need you today? What if you came alongside and gave the gift of your presence? Bits of conversation. Amiable silences.

Gentle companionship is a lost art in our busy society. However, we can bond by choosing love. That was Jesus’ commandment. We’re to love one another, even as he has loved us. Even if we disagree. Even if we have nothing in common. And most especially when we think we’re right.

None of that matters when we decide to love each other. The Apostle Paul said it, too — “The greatest of these is love.”

Mary Pat Johns is a writer who lives in Victoria. She may be reached at marypatjohns@gmail.com.

Hello Mary Pat! I really enjoyed reading this. It was delightful and thought provoking.