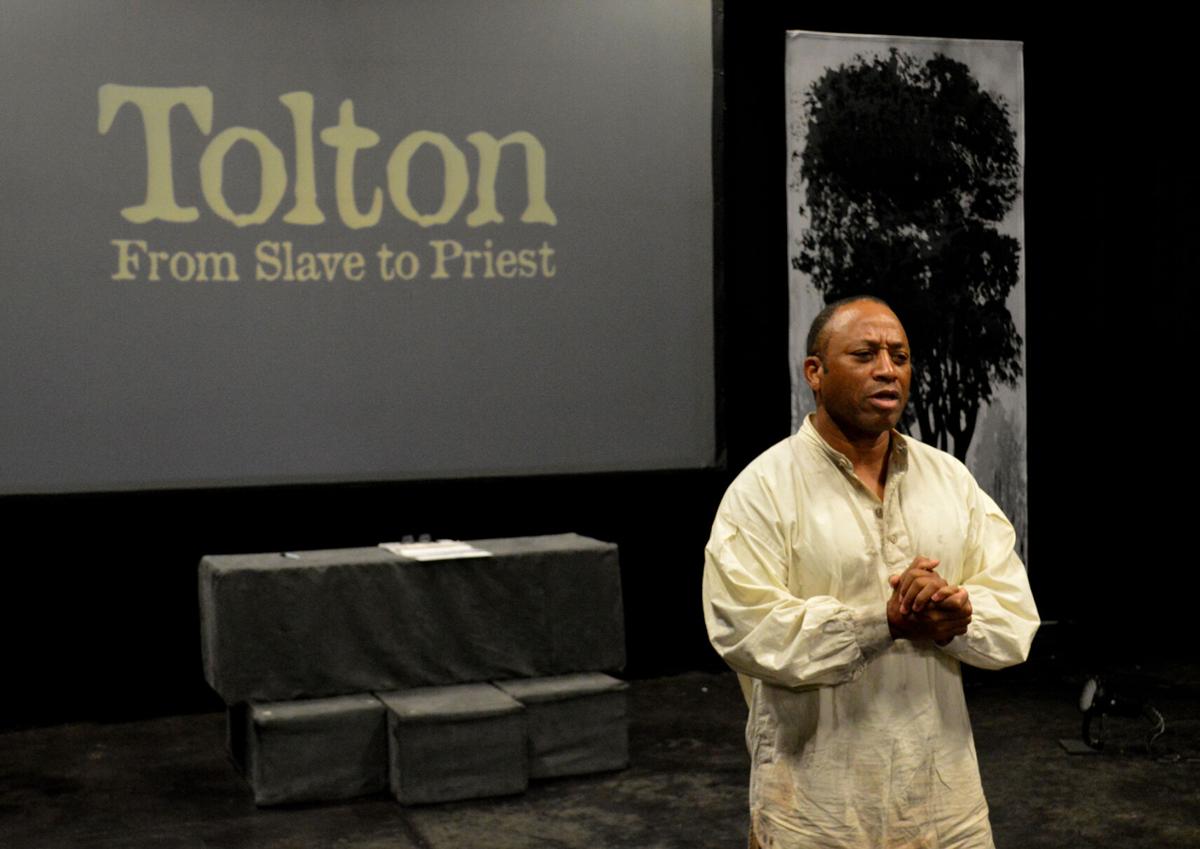 Jim Coleman, of Florida, plays the Rev. Augustus Tolton in “Tolton: From Slave to Priest.” 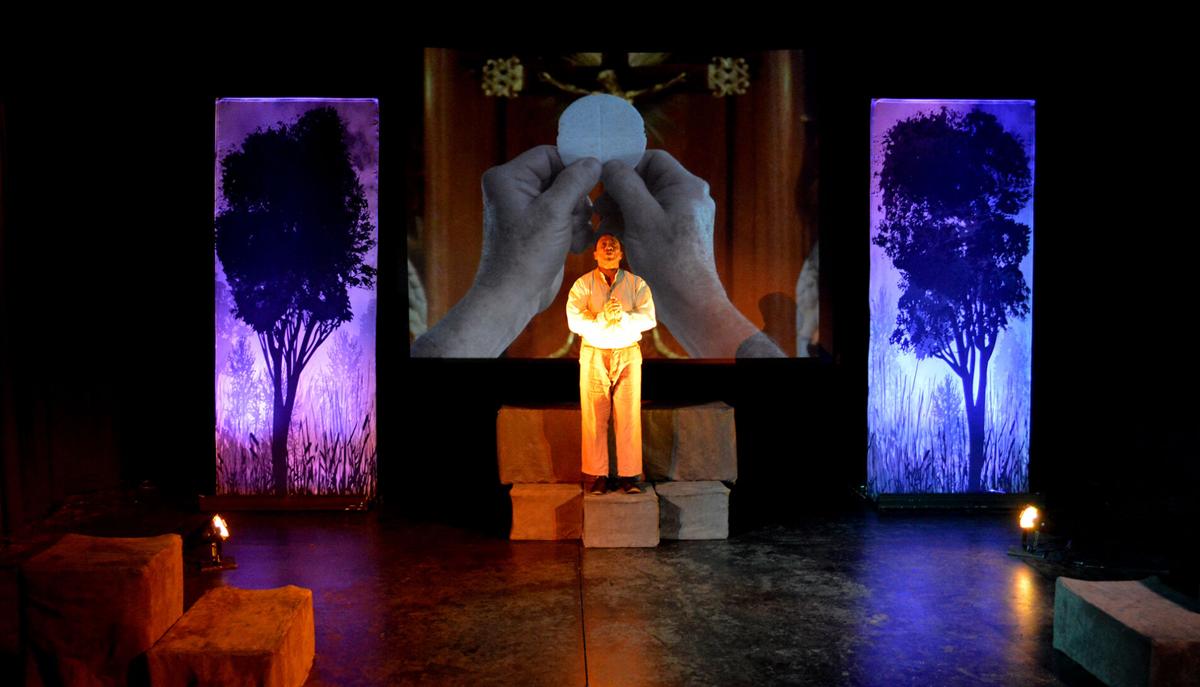 The Catholic Diocese of Victoria will present "Tolton: From Slave to Priest," a one-man theatrical drama produced by Saint Luke Productions located in Washington. 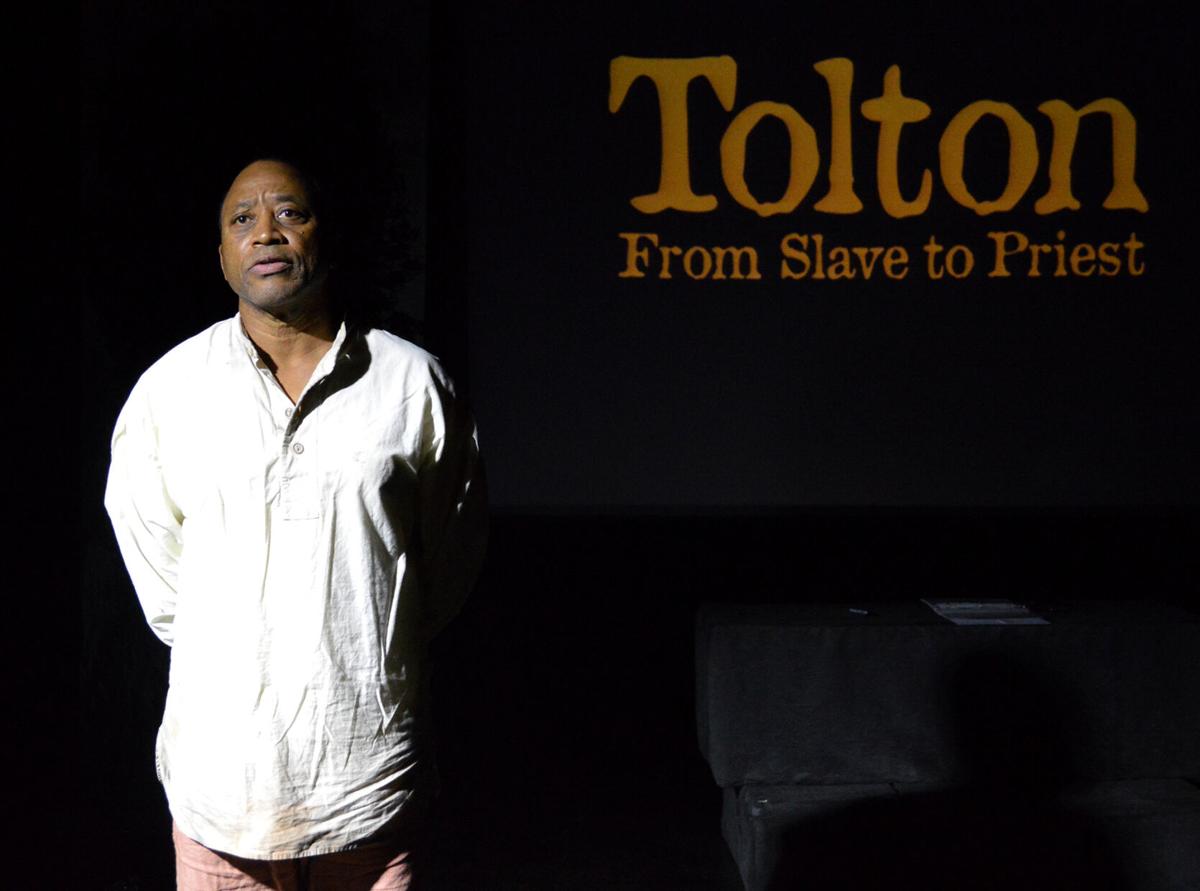 Jim Coleman, an actor from Florida, plays the Rev. Augustus Tolton in "Tolton: From Slave to Priest."

Jim Coleman, of Florida, plays the Rev. Augustus Tolton in “Tolton: From Slave to Priest.”

The Catholic Diocese of Victoria will present "Tolton: From Slave to Priest," a one-man theatrical drama produced by Saint Luke Productions located in Washington.

Jim Coleman, an actor from Florida, plays the Rev. Augustus Tolton in "Tolton: From Slave to Priest."

God called Augustus Tolton, who was born a slave in 1854 on a farm in Missouri, and Tolton answered the call.

Despite numerous obstacles, Tolton, with support from his mother and a kind priest, persevered in pursuing a life of faithful service, even though not a single seminary in America would accept him because of his race. Ultimately, after six years of study in Rome, he became the Rev. Augustus Tolton, the first African American priest in the United States.

The Catholic Diocese of Victoria will bring the inspirational story, “Tolton: From Slave to Priest,” to life in the Crossroads. Three one-man theatrical performances produced by Saint Luke Productions, a company located in Washington, will be provided for the public free of charge, though free-will offerings will be accepted. The first performance will be Sept. 25 at Our Lady of Victory Cathedral Center in Victoria; the second on Sept. 26 at Our Lady of the Gulf Catholic School gymnasium in Port Lavaca; and the third on Sept. 27 at the Leo J. Welder Center for the Performing Arts in Victoria. All of the performances, which are recommended for those ages 10 and older, will start at 7 p.m.

Tolton’s father escaped slavery and died while fighting for the Union Army during the Civil War. In 1862, his mother fled the Missouri farm with her three children to find freedom in Illinois. She sought out the Catholic church as her spiritual foundation, and the Rev. Peter McGirr, an Irish Catholic priest, noticed special qualities in the young Tolton, said Jim Coleman, the actor from Florida who plays Tolton in the drama.

McGirr took Tolton under his wing and allowed him to attend an all-white school where he was an excellent student capable of speaking multiple languages, Coleman said. McGirr, realizing Tolton’s calling and his need to be ordained, sent letters to seminaries across the country, but none would accept Tolton. Ultimately, McGirr sent a letter to Rome and raised the money to send Tolton there for appropriate training. In Rome, Tolton met students of every race from all parts of the world, and they were friends.

“His mother was such a strong influence in his life, and she pushed him to go forward and not let his lot in life hold him down, to not allow his situation, the minefield of racism or prejudice, hold him down,” Coleman said. “He was able to navigate it with the help of his mother and priests. It helps us understand that we can’t do it alone. It takes all of us.”

The performance paints a picture of perseverance and moving forward together, and certainly emphasizes the importance of pursuing one’s calling no matter what.

“It takes every race, all of us, each and every one of us together to make great things happen,” Coleman said. “You have to love your persecutors, love your enemies, and bless those who curse you. You have to do that to fulfill the calling from God.”

Coleman has been a full-time actor for 30 years. He has performed as Tolton over the course of about two years in 28 states. He said that supporting Saint Luke Productions, a four-decades-old enterprise that survives on donations and prayers, is worthwhile because of the unique stories told through high-quality performances.

“God has ordained St. Luke to go out and tell stories, and they need our support,” Coleman said. “We need to keep the stories of the saints coming — we need to know their stories.”

Leonardo Defilippis, producer and director of the play who founded Saint Luke Productions, experienced a reawakening of his faith in the late 70s. At the time, he was an actor participating in Shakespearean festivals across the country. He began searching for his calling, and his mentor, a monk in a Benedictine monastery, provided him with direction. The monk asked Defilippis to put together a play on the Gospel of Luke for a large family conference.

As his journey progressed, he began corresponding with Mother Teresa of Calcutta, now St. Teresa of Calcutta, who offered him encouragement. From St. Francis of Assisi and St. John of the Cross to St. Augustine and St. Therese of Lisieux, he began producing all kinds of performances that reached both the poor and the wealthy in venues ranging from hospitals to prisons.

“It’s not a normal thing in our day and age, and it’s fascinating and artistically challenging,” Defilippis said. “These stories are unbelievably powerful. These people were incredible in terms of humanity and their transcendent natures, of what they communicated.”

Defilippis chose to produce a play about Tolton after reading a book about him that piqued his interest. He befriended Bishop Joseph Perry, the postulator presenting the case for Tolton’s canonization, who provided him with historical documents that helped him write the show.

Tolton modeled Christ with his compassion, love and resilience under persecution, Defilippis said. While most people try to change the world with hate, anger and division, Tolton led the way with love, compassion and mercy.

Defilippis was impressed with Texas’s reaction to his Tolton play, which he hopes serves as a lightning rod for standing up and living the truth.

“Some have been lukewarm, but I have not found that in Texas,” he said. “I think the story will resonate there.”

Janet Jones, communications director for the Catholic Diocese of Victoria, said the Rev. Brendan Cahill, bishop for the diocese, wanted to bring the play to the area for its message of overcoming obstacles and persevering in faith. Also, attending the performance is an activity that families can enjoy together.

“It’s about enlightenment and edification, to show what great things he (Tolton) was able to accomplish,” Jones said. “Some in the church did open their arms to him and take his education seriously. It’s about the dignity and worth of every human being.”

What: "Tolton: From Slave to Priest," a Saint Luke Productions theatrical performance hosted by the Catholic Diocese of Victoria

More information: All performances will be open to the public and free, though free-will offerings will be accepted.

Do you donate to the United Way?