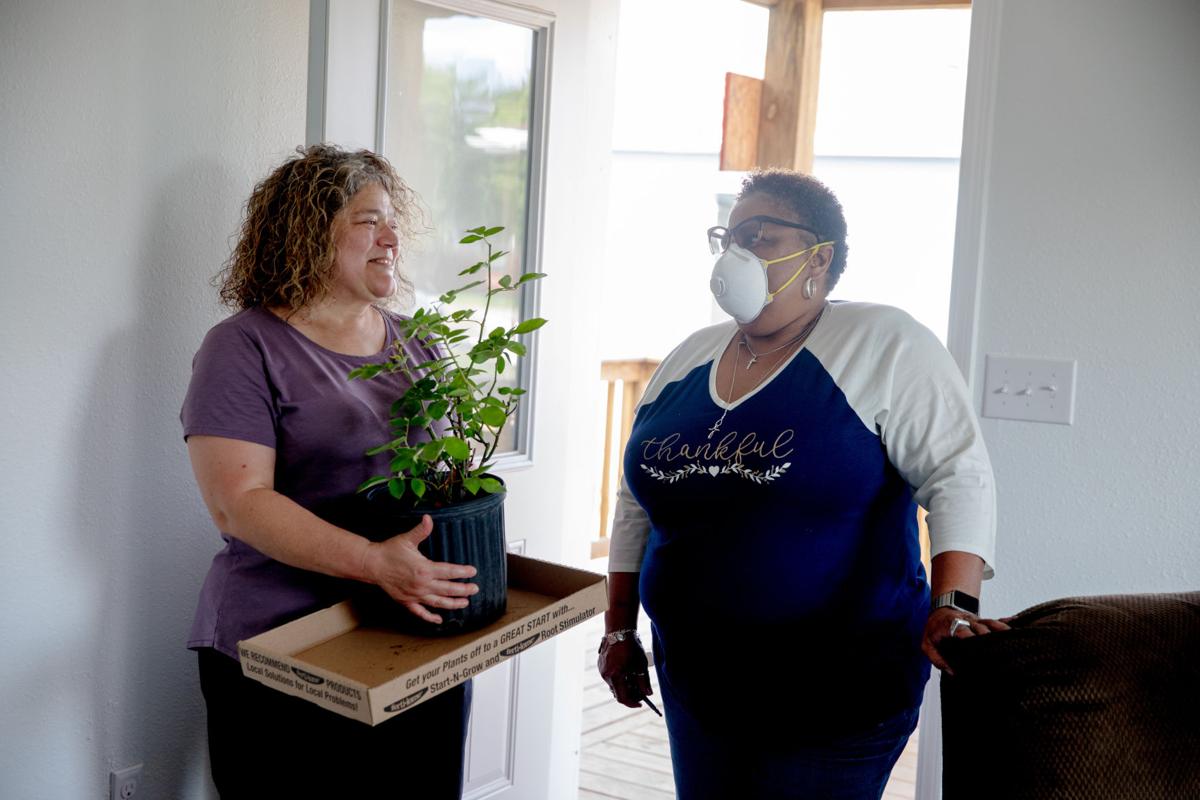 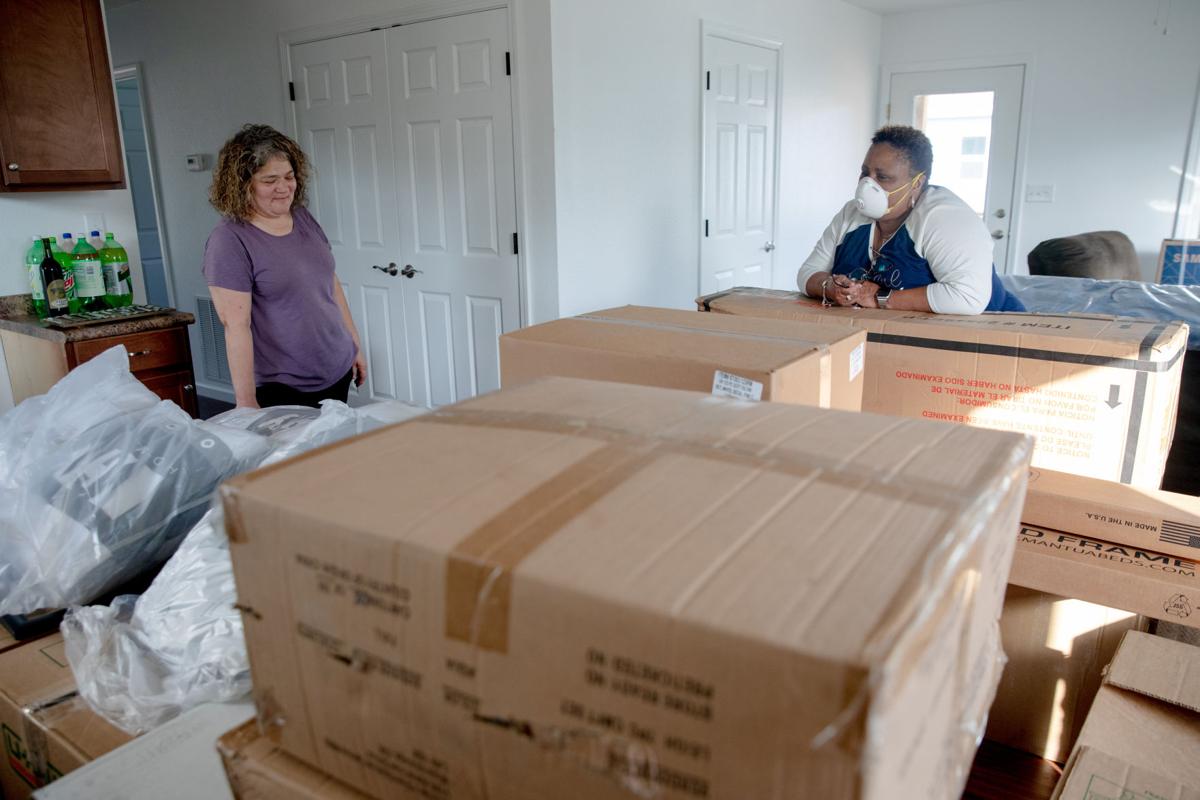 Linda Villarreal, left, talks to Roslyn Murphy, disaster case manager, at Villarreal’s new house in Hope Meadows. Villarreal’s family moved into their own house after staying in several homes for more than 1½ years.

Linda Villarreal, left, talks to Roslyn Murphy, disaster case manager, at Villarreal’s new house in Hope Meadows. Villarreal’s family moved into their own house after staying in several homes for more than 1½ years.

The office closed because the program deadline was met.

Linda Villarreal and her husband Jimmy Nunez were two of the many people who received case management and other services from Rio Texas. Their mobile home was completely destroyed during the hurricane, and the insurance money they received went toward paying off the mortgage for the property that remained uninhabitable.

Roslyn Murphy, case manager for Rio Texas, did not know at first how she would help the Villarreals with the resources that were available to them. She then applied for a home on their behalf in the Hope Meadows subdivision in Bloomington, and they were approved.

“I can’t say enough about their helping hand and their generosity,” Villarreal said. “If it weren’t for that organization, I don’t know where we would be.”

“A person comes in needing assistance, and we walk them through the process after we figure out what the need is,” Leaverton said. “We meet people in their worst time, and we get to see them on their best day. We see smiles and tears of happiness … the goal is to get them recovered, and any time we do that, it is the best moment.”

The disaster response coordinator in the conference saw a great deal of need after the hurricane and deployed emergency response teams to provide immediate and long-term support. The Disaster Response Office opened at First United Methodist Church in Victoria in December 2017.

“That’s where we started but that’s not where we finished,” said Vicki McQuistion, disaster recovery asset manager for the organization.

In 2018, the organization grew exponentially as a subcontractor on a federal grant through FEMA called Project Comeback Texas. The staff expanded to include 13 case managers, data entry and administrative employees, a construction cost analyst and more construction employees.

“We looked for people in need,” McQuistion said. “We were looking for folks who could not recover on their own. The vast majority of people we served did not have insurance or the right kind of insurance to repair their homes, and they didn’t get enough assistance from FEMA, which was an issue with hurricane survivors across the board.”

The organization worked especially to serve vulnerable populations including the elderly, disabled and single heads of households.

“We looked holistically to help them get more stable, including emotional support needs,” McQuistion said. “Once the case manager located where the gaps were, they helped connect them with resources to fix the gaps.”

For example, if someone needed a $10,000 roof and only had $1,000, the case manager would help find the remaining $9,000. The case manager would take such a need to the unmet needs table sponsored by the Victoria County Long-Term Recovery Group where funders would hear the case. Rio Texas was one of the funders at the table.

Rio Texas provided $6 million in financial assistance to clients and helped leverage more than $17 million in total resources. The organization served more than 1,100 families, and 400 of those received construction services.

“It always comes down to serving people,” McQuistion said. “We intentionally hired all the staff from the local community — people who were invested in the recovery so much more. We had an amazing staff in Victoria. They left it all on the field. They went above and beyond the call of duty to serve clients by gathering as many resources as they could and being advocates for clients when it counted.”

Those served by the numbers