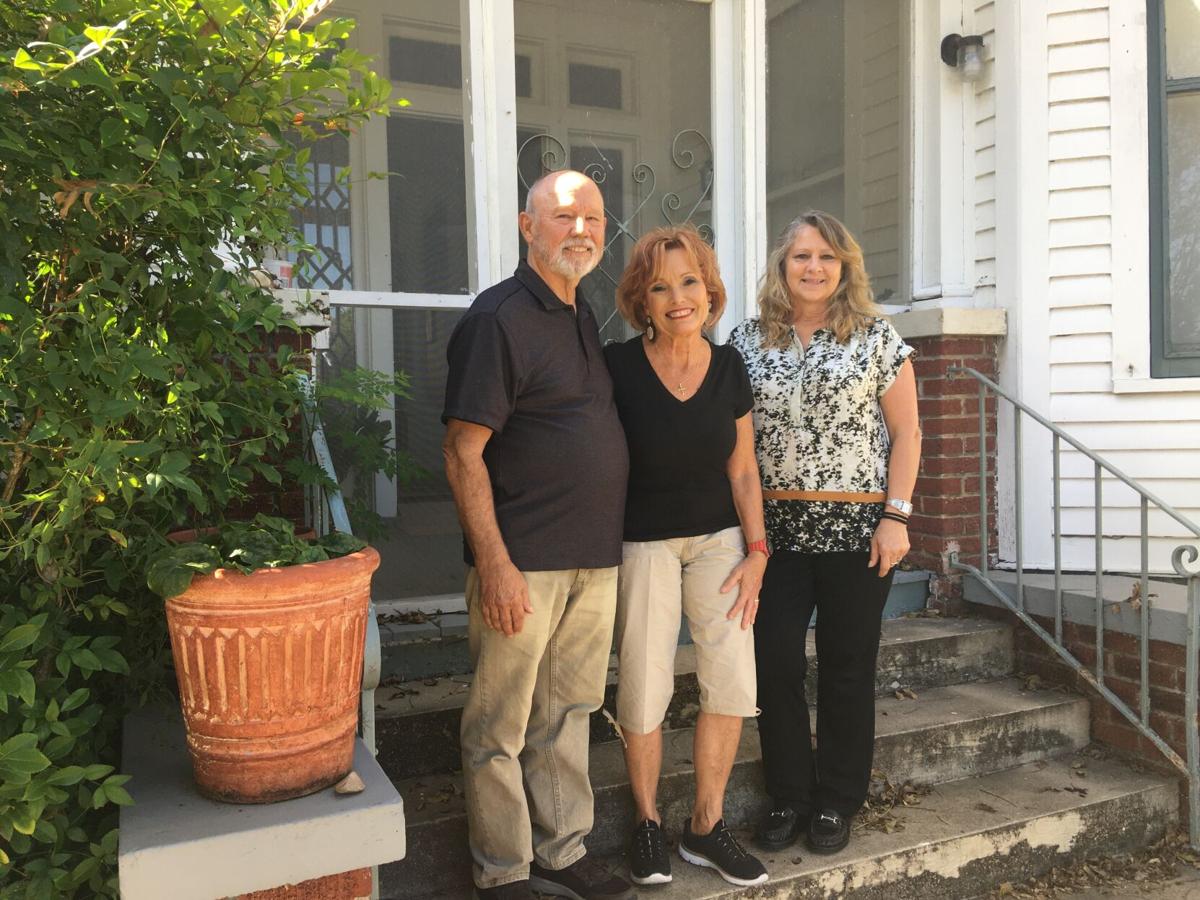 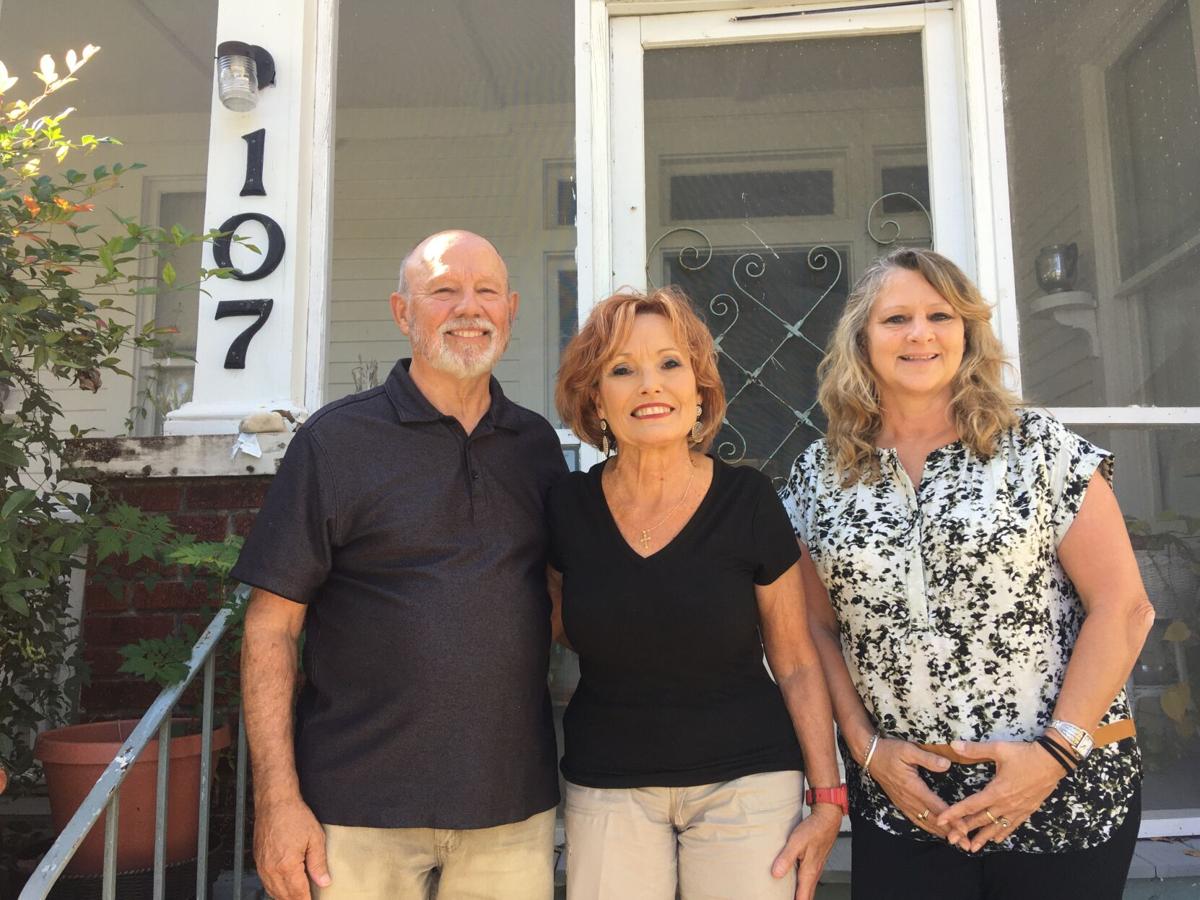 Barbara McCain-Williams, co-founder of the Gabriel Project, talked her husband, Fred Williams, into looking at property for the Bethlehem Maternity Home, and they walked away knowing it was the perfect place for the home to help pregnant women in unhealthy and unstable housing situations.

The Gabriel Project of the Crossroads, an ecumenical Christian nonprofit, supports pregnant women in crisis in an eight-county area including Victoria, Goliad, DeWitt, Lavaca, Calhoun, Wharton, Matagorda and Jackson counties. The organization provides emotional, spiritual, material and educational support for these women.

At the beginning of next year, those in need of housing will also have a place to stay.

“We are on our way to helping just as many women this year,” Williams said. “We’re doing the ministry for our Lord and Savior. It doesn’t matter what denomination they come from, everybody is God’s child and is welcome.”

When the mothers call a 24/7 hotline, a volunteer is assigned to them. About 15 of the nearly 100 volunteers for the Gabriel Project are angels, she said. Some mothers need emotional support while others need material items such as diapers or a baby bed.

The house once belonged to the Poor Clares where they operated a bakery to support themselves, and then passed to a pastor who wanted to sell the property to a Christian organization to continue that history. About $300,000 has allowed for the purchase of the property and the first year’s operating expenses.

From 25% to 30% of the women helped through the Gabriel Project are in need of a safe and healthy place to live. The Bethlehem Maternity Home will house up to nine expectant mothers ages 18 to 30. They can stay up to six months after giving birth, and that time can be extended based on special circumstances.

“That’s the purpose of us moving forward with this ministry, to open up a maternity home to serve that 30% of pregnant women who might be living in a car, who might be sleeping every night on a different friend’s sofa, or living with a relative who is not very supportive. This is to meet their needs.”

The home provides an alternative to abortion, McCain-Williams said.

“If they are comfortable, they can make a good choice,” McCain-Williams said. “This gives them time, a chance to figure out some things and not make a rash or impulsive decision. Some of the women tell us that their parents and even their pastors tell them to get abortions.”

“A lot of girls don’t have emotional support,” McCain-Williams said. “When they are desperate, are they going to make a good decision? It’s about the physical but also the psychological effects of abortion. We say ‘I’m here, I love you and I want to help you and your unborn child.’”

The Bethlehem Maternity Home will help the women find medical care, educational opportunities or employment, if needed. The home will offer training in life skills, money management and healthy relationships as well. Counseling will be provided for the women who need it, and the women will get help with finding resources such as Medicaid and other public assistance.

“We will offer career counseling, how to do a resume and how to interview for a job,” Williams said. “Maybe they need some education, we’ll give them counseling and refer them to the right place to get that education.”

The residents will be expected to help around the home with tasks such as meal planning and preparation, as well.

“It’s not a handout, it’s a hand up,” McCain-Williams said. “There will be guidelines about what is expected of them, and we are in the process of setting those up.”

Raising money to operate the home is ongoing, and Circle of Life donors commit to giving a certain amount each month.

Donors also have stepped up to sponsor the furnishing of bedrooms in the house. More furnishings and items such as towels, blankets and linens are still needed. People also can donate their time to work on getting the home ready and helping the mothers on an ongoing basis.

“People can share their talents,” said Lisa Howard, the maternity home director. “They can donate their time and services.”

Howard understands the situation of the expectant mothers and believes God called her to her role as director. She was a 16-year-old unwed expectant mother in a crisis situation 38 years ago. She said her options were abortion or adoption, and she did not believe in abortion. So she moved into a facility for unwed mothers in San Antonio and put her son up for adoption. She met him last year for the first time.

“If there had been a project like this 38 years ago, I could have kept my baby,” she said. “This is a beautiful ministry where we can teach them how to take care of their babies.”

Williams said the ministry is about protecting the most vulnerable population.

“Everybody always talks about the most vulnerable populations and how they need to be protected, but when they talk about that, they never say anything about the unborn child in the womb. How much more vulnerable can you be than that?” Williams said. “We believe that’s God’s child, and it’s a gift to all of us, and so we want to protect the life, and it is a life, just unborn. So by helping women in a crisis pregnancy, we not only help the women, we give them an option to taking the life of that child.”

Donations of any amount are appreciated.