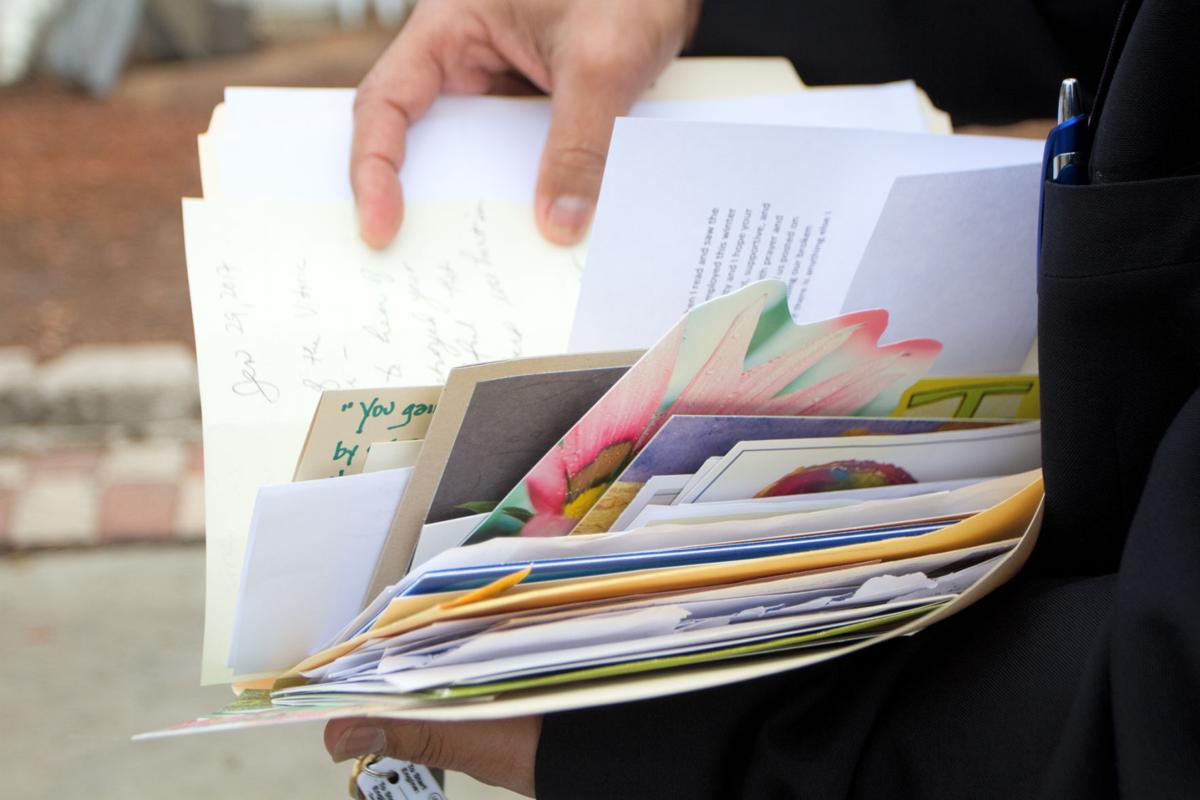 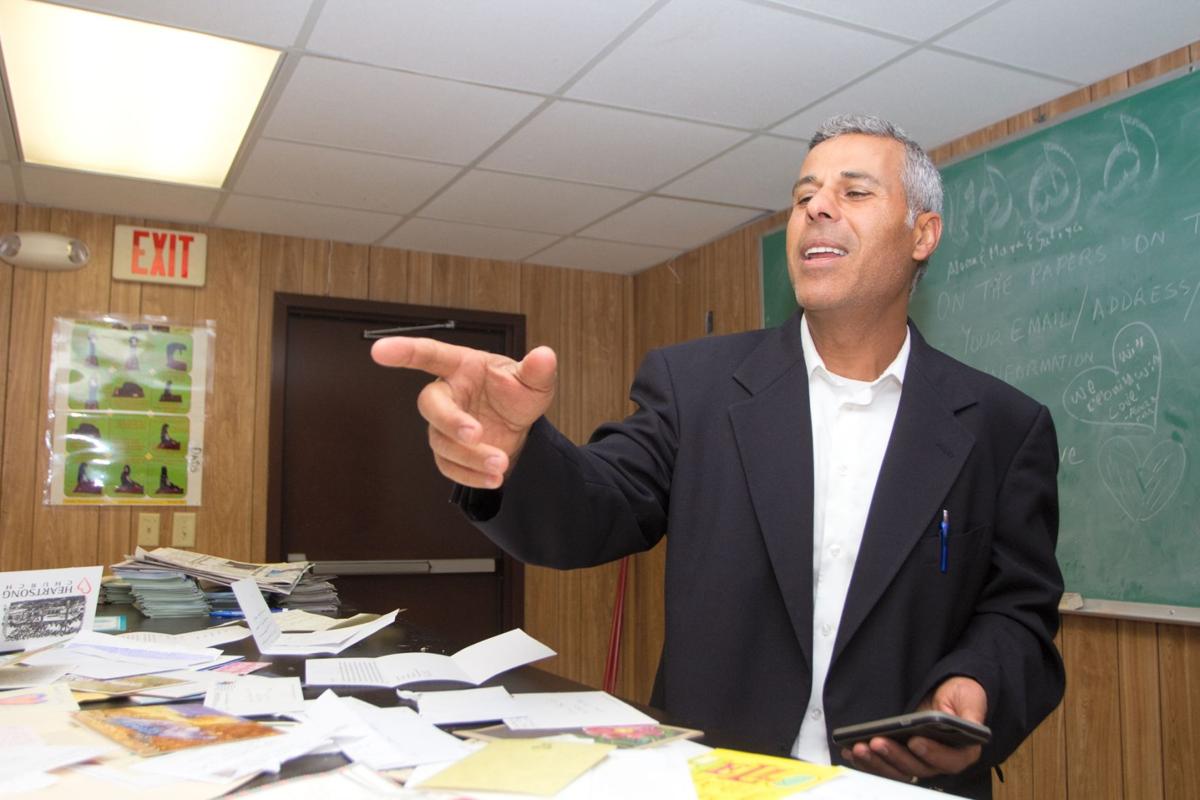 Abe Ajarmi talks about all of the letters the Victoria Islamic Center received from across the country. 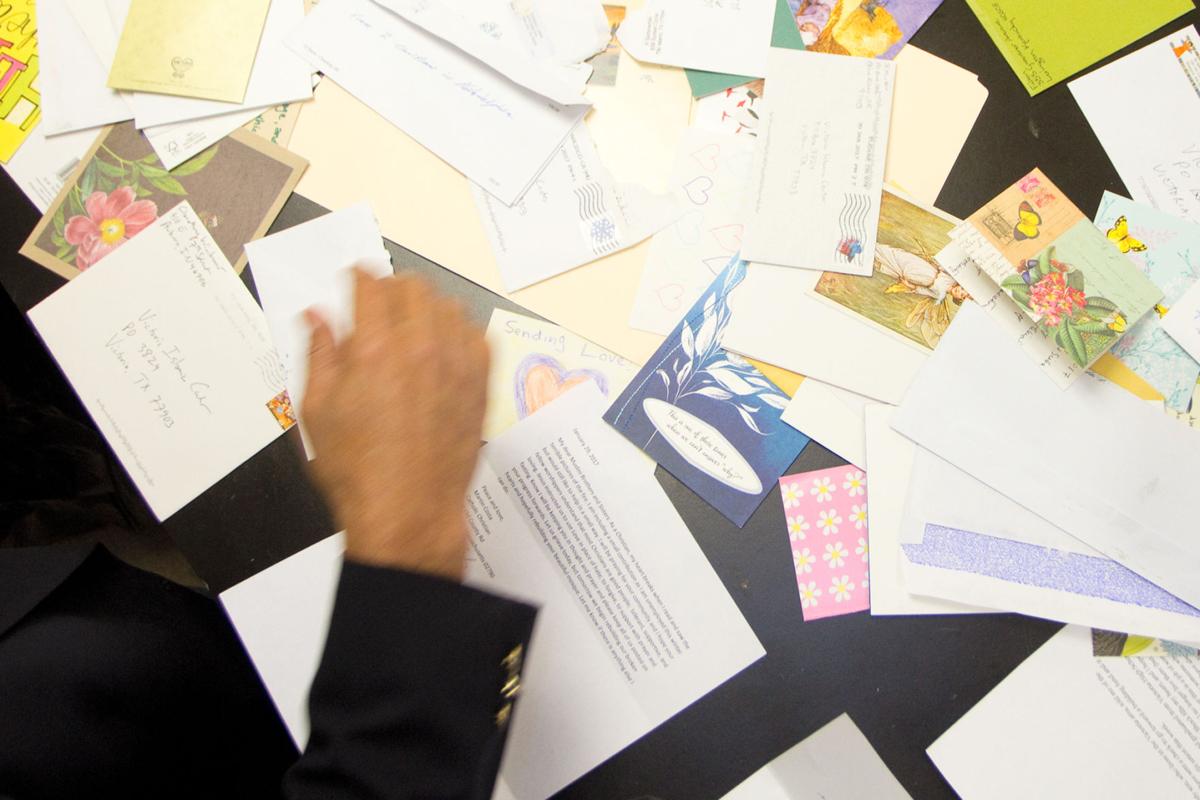 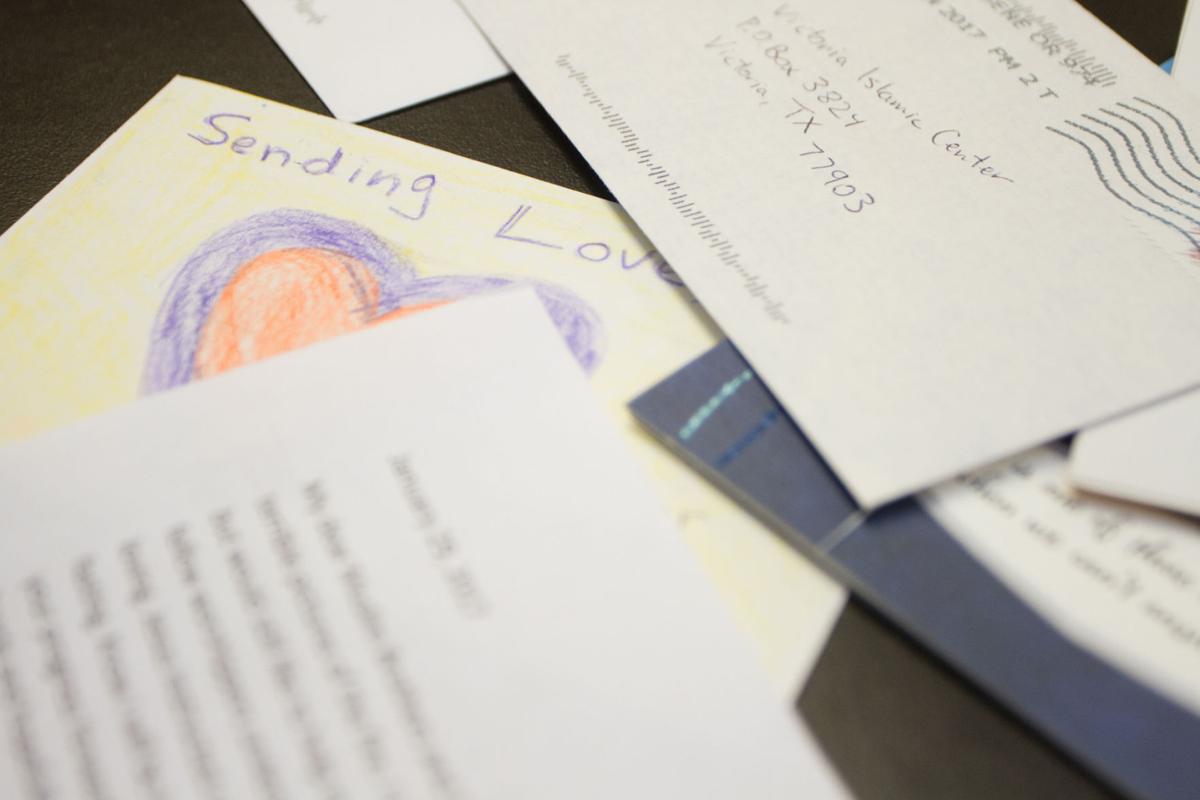 Victoria Islamic Center received letters from across the country.

Abe Ajarmi talks about all of the letters the Victoria Islamic Center received from across the country.

Victoria Islamic Center received letters from across the country.

A Catholic man in Massachusetts didn't have much to spare, but he mailed $5 anyway.

Another woman offered to help paint the walls whenever a new mosque is built in Victoria.

Strangers, people of different faiths and from different states have sent their love to the Victoria Islamic Center members.

Since their mosque burned Jan. 28, congregation members have received more letters than they can count and more than $27,000 in mailed donations from 13 states to their post office box alone.

Abe Ajrami, a board member, said he was amazed by the diversity of those who picked up a pen or decorated a card.

"I think the worst thing you can do is label somebody and treat them according to their label," Ajrami said. "If there is one group that's suffered from this, it would be the Muslim community. With all the violence going on, we get the label of terrorist."

Ajrami thought a lot of problems could be solved if people didn't make assumptions about other people based on their religion, gender, race or even their job.

Even his assumptions about how people would react after the mosque burned down were off, he said.

"We always knew that our community was wonderful. Did we know how wonderful they are? No," Ajrami said.

Osama Hassan, the imam, added, "We could not have imagined the outpouring of support. It has turned our tears into smiles."

On Friday, a backhoe cut through the remains of the golden-domed structure on Airline Road. The demolition should be finished by next week.

For the past 15 years, passers-by often stopped and marveled at the beautiful place of worship. It helped start a conversation about Islam, and Hassan welcomed them inside.

Since Monday, the congregation has been praying at 6:30 a.m. and at 7:45 p.m. every day in a brown building adjacent to the mosque.

It wasn't exactly set up for the purpose.

In fact, it was supposed to become a medical clinic.

Someone donated carpet for the members to kneel on, though. Electricity was restored to the building Thursday and water Friday.

Before that, members prayed by flashlight and washed their hands before prayer using water jugs outside.

Ajrami and Hassan said that although they are saddened the fire destroyed photos depicting the mosque's children growing throughout the years, they are making new memories.

"Every single one of these, our plan is to preserve them," Ajrami said of the letters. "Instead of having pictures of the fire and of the burned mosque, we're going to have these lovely wishes to remind us of the positive that came out of this."

Among the cards to be displayed in the new mosque is an anonymous card containing eight words.

It reads, "May we build a better world for tomorrow."

The Victoria Islamic Center members intend to do that - and they intend to write everyone back.

Donations to a gofundme.com page raised more than $1 million to help the Victoria Islamic Center rebuild their uninsured, destroyed mosque. The donations came from people in 90 countries. No more gofundme.com donations were being accepted as of Saturday night.