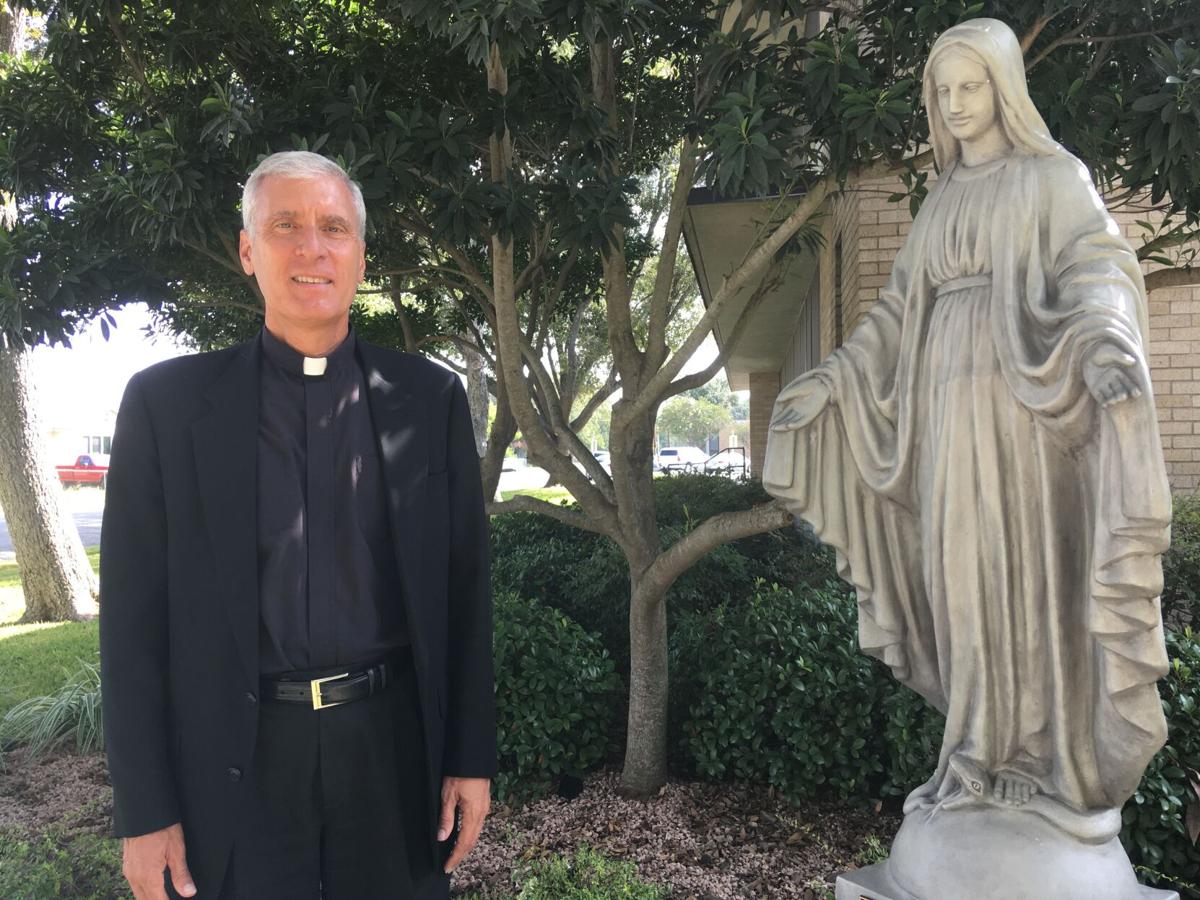 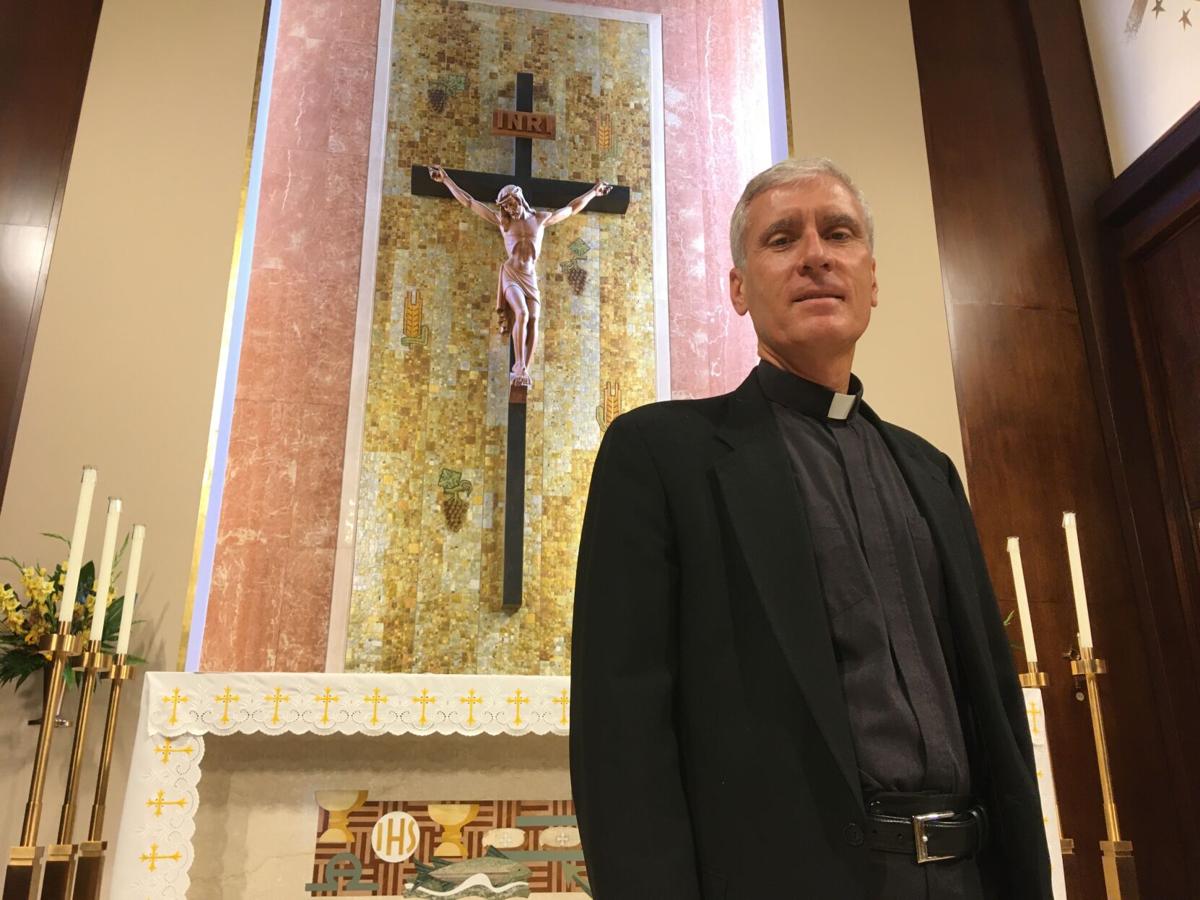 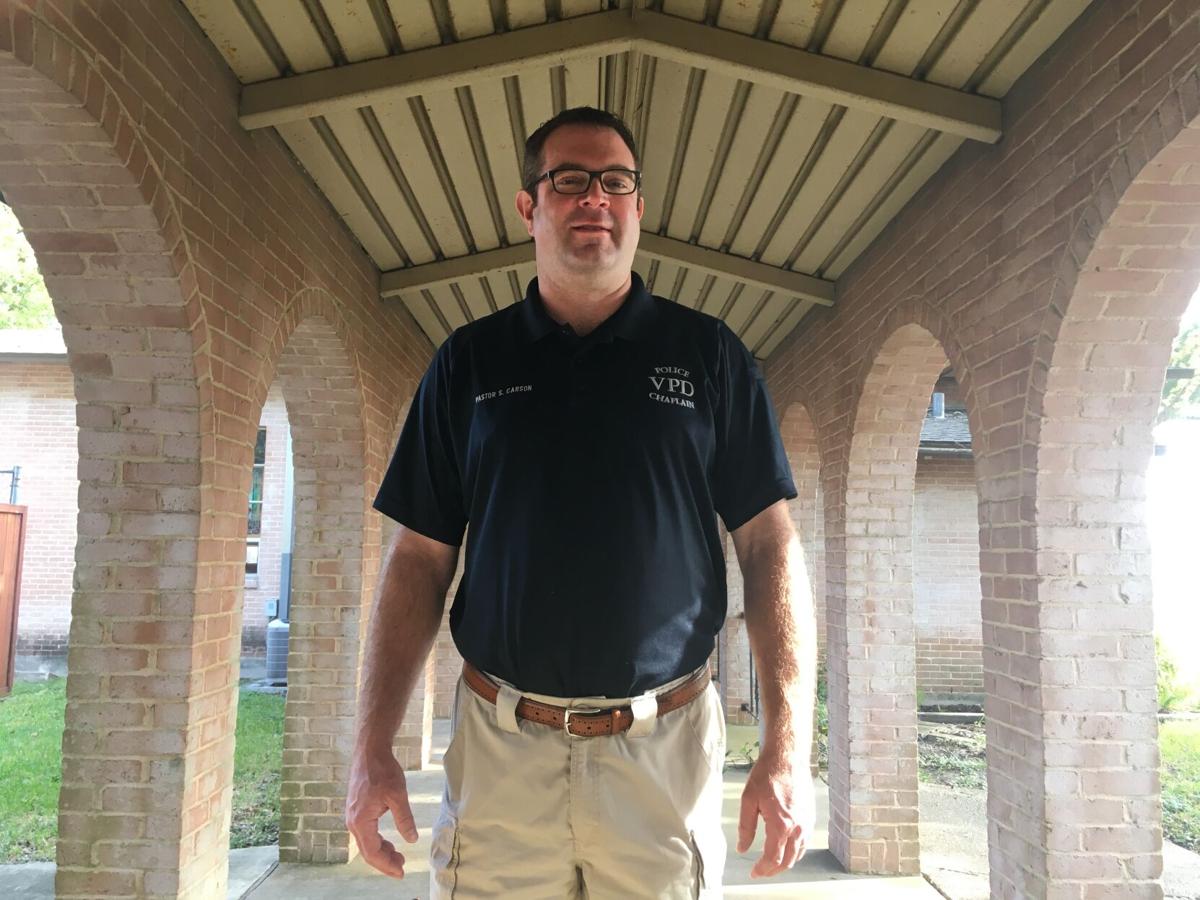 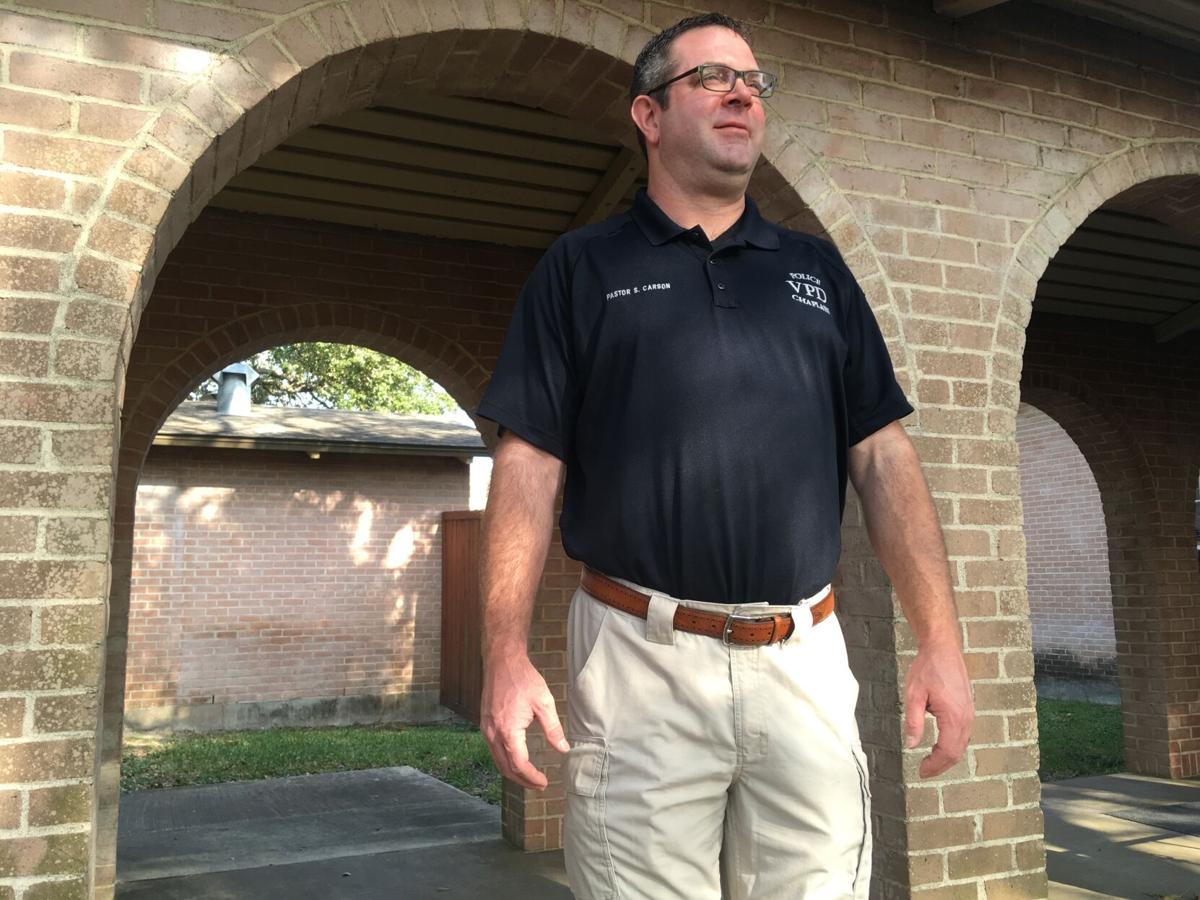 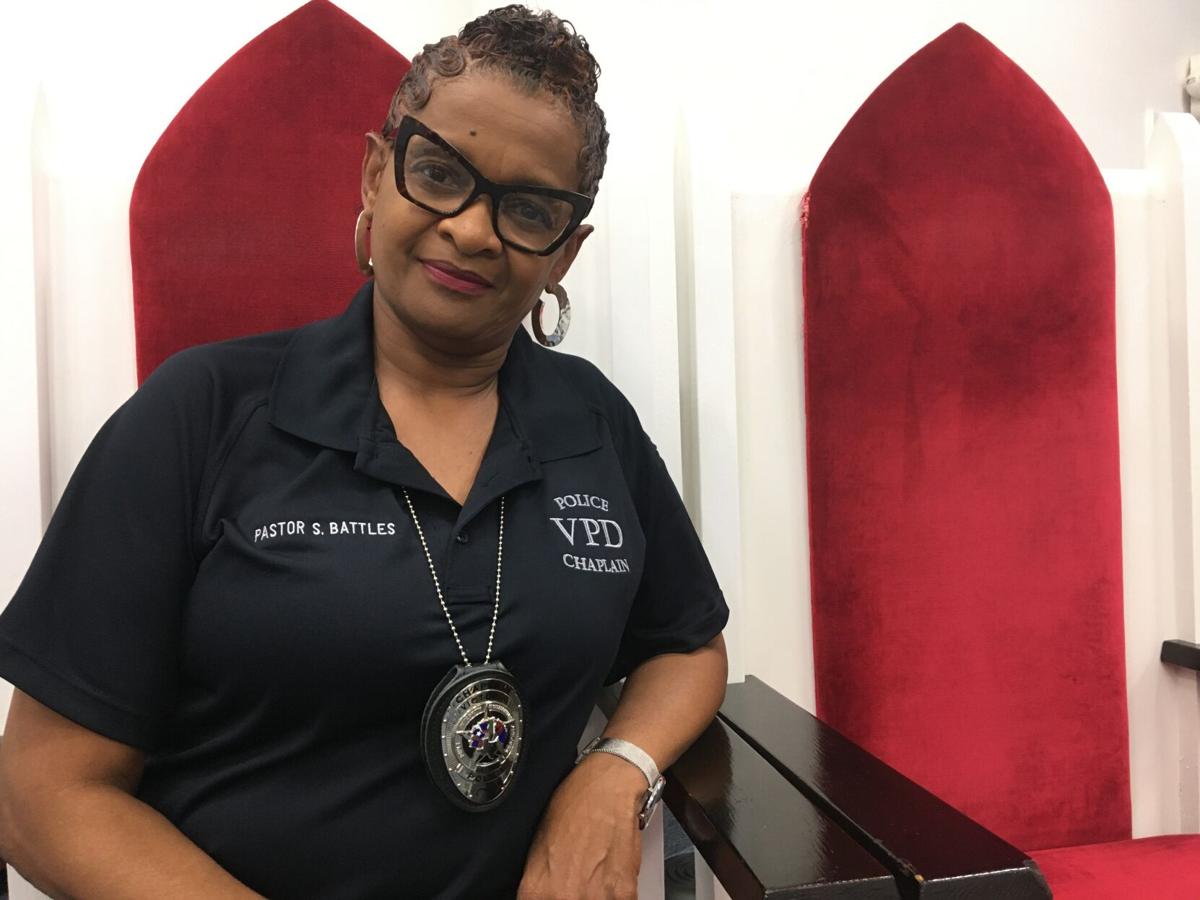 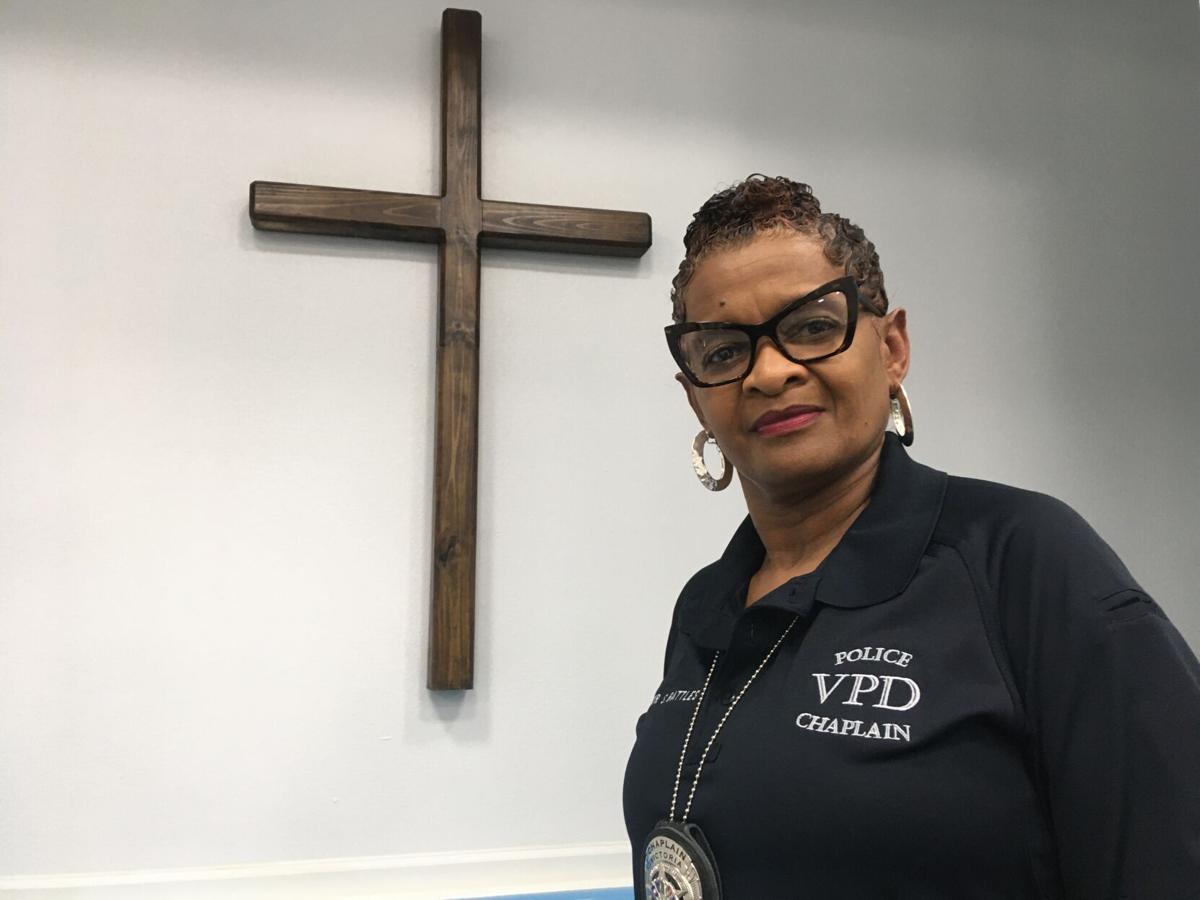 Ten chaplains who completed the Chaplain Academy about four years ago are still helping the Victoria Police Department even though the pace has slowed with the pandemic.

“The chaplains provide ministerial support services to police officers and their families, volunteers, employees and the citizens of Victoria,” said Victoria Police Officer Adam Banda. “It’s just one more outlet for police officers and employees for help — having someone to talk to. The overall goal is to have them come around the officers so they feel comfortable, essentially like a fellow employee.”

The Rev. Gary Janak, pastor for Our Lady of Victory Cathedral and one of the 10 chaplains, said the training program gave the chaplains a taste of everything anyone in training for the police department goes through.

“It’s a very good program and we all learned so much about what officers go through, the psychological aspects, the trauma, and it gave us a deeper respect and profound gratitude for police officers,” Janak said.

During training, the chaplains attended lectures and received hands-on training much like the Civilian Police Academy. They shot guns at the shooting range, they learned about hostage situations, they were introduced to the drug dogs, they went on ride-alongs with patrol officers, they visited the 911 call center and they witnessed someone being tased, among other training initiatives.

“We saw anything and everything. They opened up the doors to behind the scenes,” Janak said. “They wanted us to feel comfortable to serve as chaplains in situations of unknowns because we have to stand ready to assist and keep everyone calm.”

Although the pandemic has interrupted the routine, the chaplains usually hold monthly meetings. They also are encouraged to be present at shift changes to pray for the officers before they embark on their jobs. And they are available to the officers who just need to talk.

“We are available to them. We added pastoral care, if they just wanted to talk about a stressful time,” Janak said.

The chaplains are often called in for traumatic situations, such a death. For example, if someone has a heart attack, they can help comfort the family while the officer takes care of the required duties. They might be called during an active shooting or to the scene of a wreck.

“We bring stability to the situation,” Janak said. “We are hopefully some assistance to our great police officers.”

As a police chaplain, Janak said he is able to fulfill his calling not only in his parish but also in the broader community of Victoria.

“It’s an honor to be a part of helping them and helping the community,” Janak said. “It’s very rewarding for me.”

Janak also has enjoyed getting to know the other chaplains who represent different denominations, races and genders.

“It’s a true ecumenical community of faith that supports the community,” Janak said. “We have formed good bonds with each other. We help one another and lean on each other. That’s the icing on the cake, all the different backgrounds. It’s really taught me so much.”

Before the pandemic, Shirley Battles, pastor of House of Bread Church, who also is a police chaplain, took doughnuts to the police station and went on ride-alongs. She said, as a chaplain, she also is available to the officers who need to talk, and she helps comfort families in traumatic situations.

“They call us to go out and assist the families (that have experienced trauma). We pray with them, sit with them, assist them with making phone calls and do follow-up checks the next day,” Battles said. “We make ourselves available to the families.”

Battles said the police chaplains are important because they give officers an outlet.

“Many people don’t see or understand what police officers deal with on the other side of the situation,” Battles said. “It gets stressful, and we just need to listen. It makes a difference when you have someone to listen.”

Battles said she feels she is making a difference as a police chaplain by making herself available.

“That’s what Christianity is all about, making yourself available,” she said. “We need to continue to keep the city lifted up in prayer during this pandemic. This pandemic has taken a toll on the city and we really need to continue to intercede for police officers and those in leadership in the community. That’s one way we can assist our people, is through prayer for those in leadership – that God will give them what they need to make decisions they need to make for our community.”

Battles continued that the isolation and separation caused by the pandemic is unprecedented and difficult for so many people.

“But God is going to see us through … I keep my faith knowing that God will make a way for our Crossroads area and nation as well,” Battles said. “When the nation turns back to God as a whole, I believe we will see a revival like never before — change in lives of people like never before.”

Stephen Carson, rector for St. Francis Episcopal Church, said he makes himself available for the officers as well as their needs in the community. He has been called to pray at the beginning of city ceremonies, too. For example, he joined the police for the opening of National Night Out last year. He said the police chaplains also make themselves available for funerals and weddings.

“They want us to get to know the officers,” Carson said. “The community is very supportive of the officers from what I see.”

Carson said his role as a chaplain is an additional way for him to serve the community.

“We give them a sounding board when stressful things happen,” he said. “And then we are a conduit between police and the community. We bring issues to them and help disseminate information to our communities at large.”

Carson said the idea for the chaplains initially was solely for the benefit of police officers who are under immense pressure and stress; however, the reality is that they are used more for the public.

“When we get a call, there is typically a pastoral need in the community — a death,” he said.

Carson said the police training gave him a glimpse of what the public expects as a result of Hollywood, as opposed to the reality of what officers really can and cannot do.

“They expect a CSI guy to show up at a fender bender when it’s not justified,” Carson said. “TV has distorted the reality of what the officers do.”

“I highly recommend going through that (Civilian Police Academy) to see what officers actually do,” he said. “It gives you a glimpse of what they face all the time.”