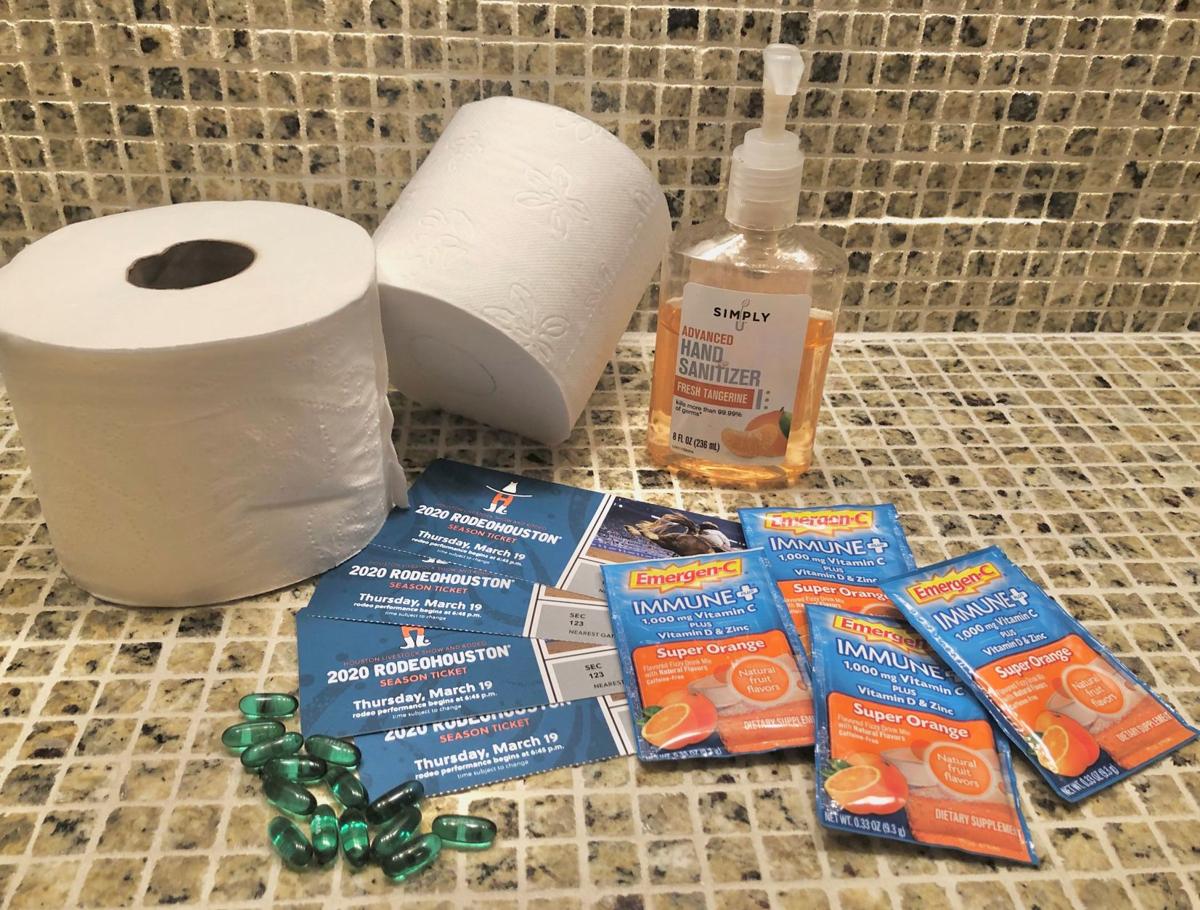 Victims of the coronavirus. 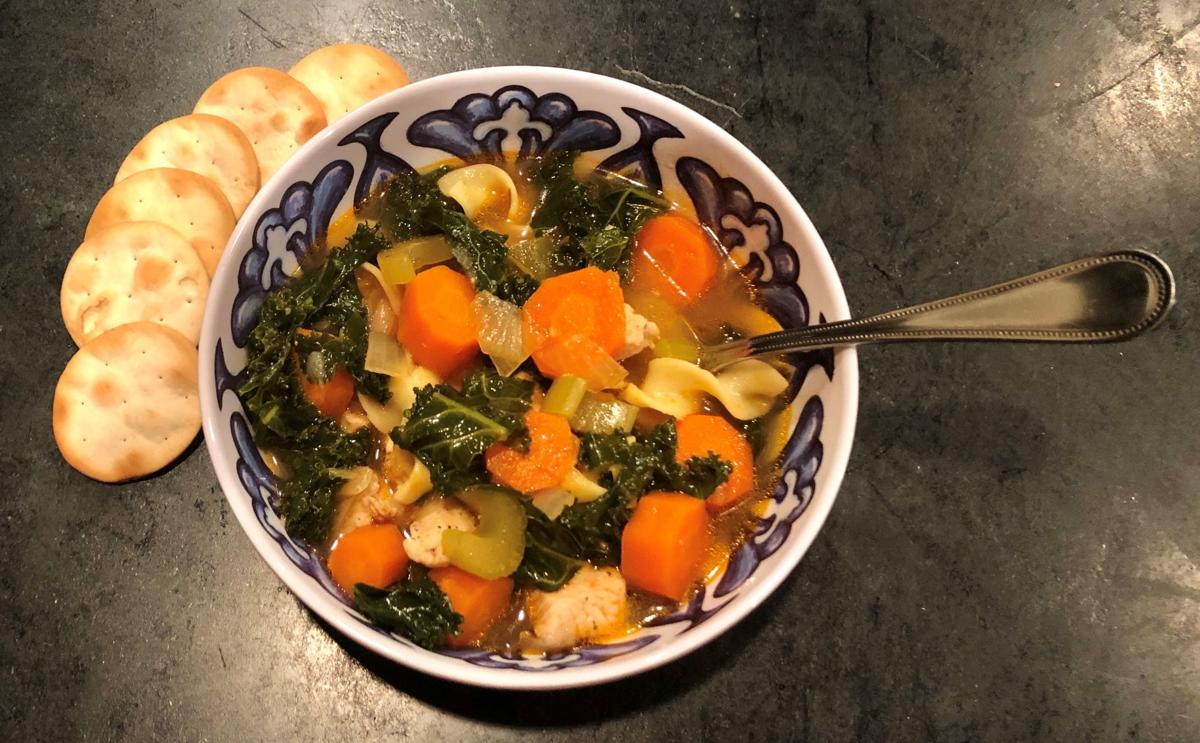 Victims of the coronavirus.

Famed television writer/producer Norman Lear once said, “Life is about having a good time.”

I am a generally happy, optimistic person who loves to have a good time. One of the greatest compliments of my life was being told, “Katherine, you are an enjoyer of life.” I truly and proudly am. I love living my life perpetually having something to look forward to. There is always a beautiful day, a trip, a show, a night out, brunch, a party or even a peaceful day in the kitchen on the horizon, and I love sharing my experiences with you.

I usually write a few weeks in advance in real time, so I don’t forget a single fantastic detail. This week, things are a little different, the coronavirus, which was truly on the periphery of my radar screen until last Wednesday, has taken center stage. I was on my way to the tire store in Victoria because the previous Saturday, (on my way home from a very fun ’90s hip-hop theme surprise birthday party for one of my favorite friends), I ran over some metal shrapnel in the road and had a flat tire. My new tire had finally arrived and as I drove 55 mph down U.S. 59 on a spare, when the news came over the radio that the Houston Livestock Show and Rodeo was canceled.

As a former stock show momma, I was first and foremost instantly heartbroken for the children, some of whom had been working on their project for a year, who would be let down. My second thought was about the four field-level Chris Stapleton tickets that were sitting on my desk in my office. My gal pals and I have been looking forward to this concert since the lineup was announced. We were already talking about where to eat and planning what we would wear. We were all anticipating a fabulous couple of days of dining, shopping, sipping in the wine garden and singing, and in an instant, it was all gone.

As the day wore on, my mother’s trip to Europe was canceled, my dear friends who were headed on an anniversary trip to Spain were grounded, the remainder of the NBA season was called off and my attention was wholly grabbed. It is probably my own fault that I was so woefully unaware of the danger, but I am completely up to speed now.

While I am certainly no medical expert, but one of the best things I have found was an informational post by the Ottawa Public Health Department, and I have used it as my preparation guide. I am usually pretty well stocked with staples so, even if they had had some I didn’t need hand soap, hand sanitizer cleaning products or toilet paper, but I didn’t consider making sure I had extra dog food on hand in case I am quarantined at home for two weeks.

I did decide to stock up on long life fresh vegetables such as carrots and potatoes, which are soup staples. Additionally, I added to my stash of Vick’s Vapor Rub, Advil, Tylenol, cold and flu medicine, Emergen-C and wine.

I also made a batch of this coronavirus busting soup and froze it, so if I get sick and don’t feel like cooking, I will be ready and well nourished.

I know that now is not the time for panic; it is the time for preparedness and the time to look forward to our lives getting back to normal sooner rather than later. I hope that all my wonderful readers stay well.

Chop the chicken breasts into bite sized pieces and season generously with salt and pepper. Melt 2 Tbsp. of butter in a stock pot until it is almost brown. Add the chicken chunks to the butter in the pot and cook until the outsides are white about 3 or 4 minutes. Transfer to a plate and let cool slightly.

Melt the remaining 2 Tbsp. of butter and add the carrots, celery, serrano pepper and onion to the skillet, and cook over medium heat until vegetables are slightly softened, about 5 minutes. Stir in garlic, tomato paste, thyme, and red pepper flakes and cook until fragrant, about one minute. Stir in 1 cup chicken broth to scrape up any browned bits on the bottom of the pot.

Stir in the remaining broth and bay leaves, then add the chicken and the accumulated juices from the plate. Bring to a full boil then reduce to a slow simmer. Cover and cook until the veggies are soft and the chicken is fully cooked.

About 10 minutes before you are ready to serve the soup add the noodles and greens, and simmer until the greens are wilted and the noodles are soft.

NOTE: This soup is a little spicy, which I like when am stuffy or have a cough and/or a sore throat. If you don't like spicy soup or are making it for children feel free to omit the red pepper flakes and/or the serrano pepper.