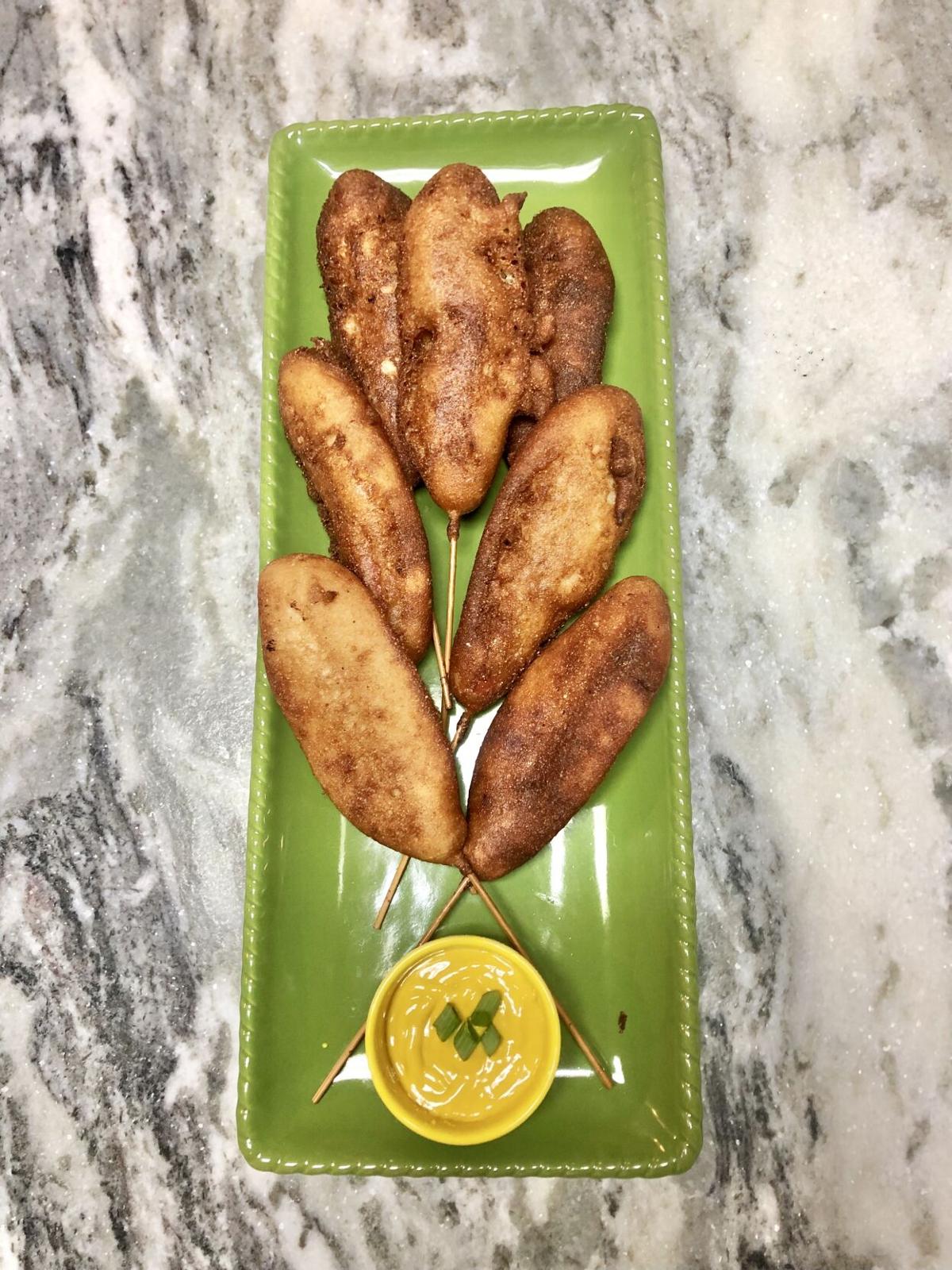 Katherine Compton enjoys making corny dogs like those at the State Fair of Texas in Dallas. 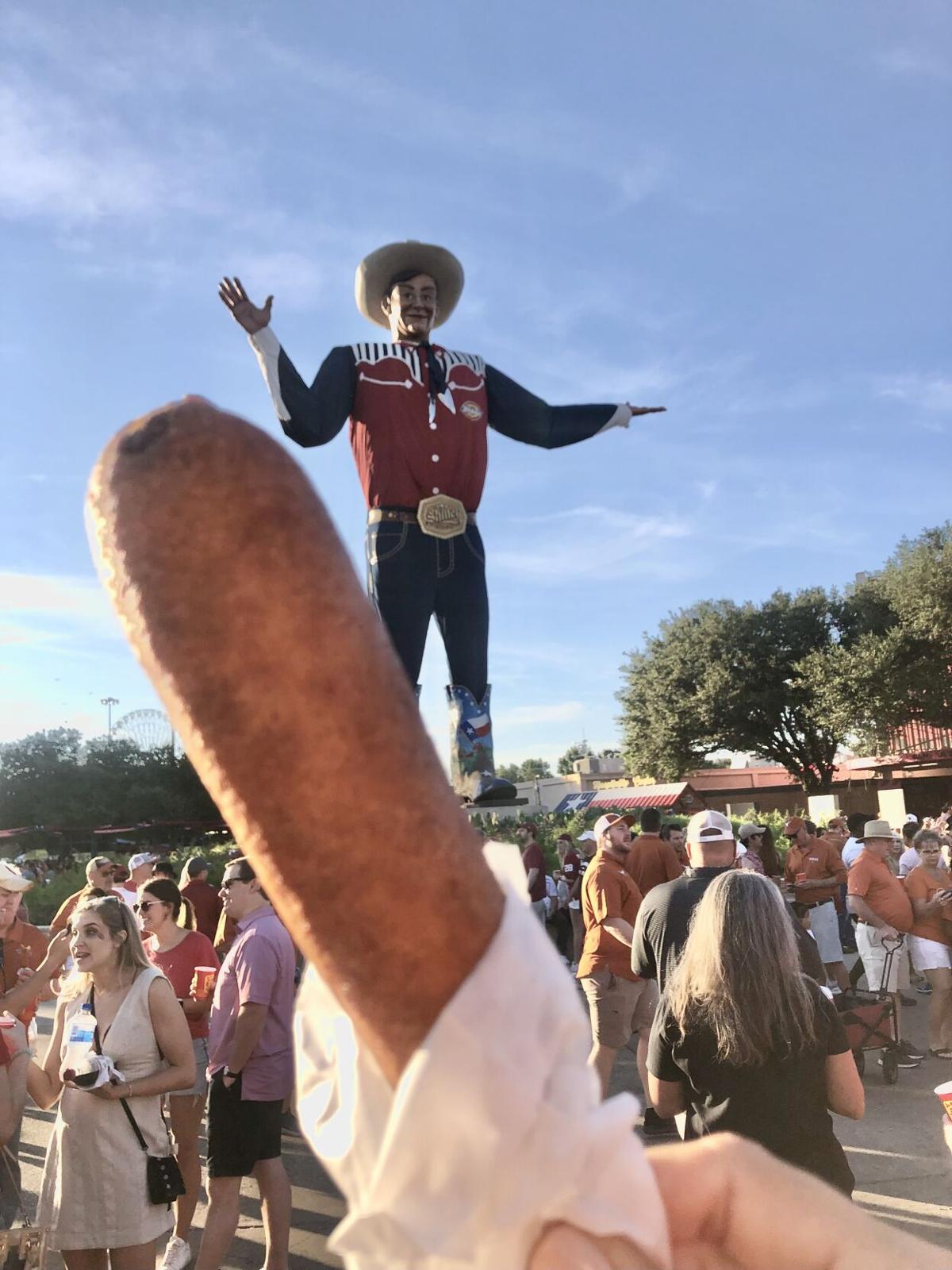 Corny dog and Big Tex at the State Fair of Texas in Dallas. 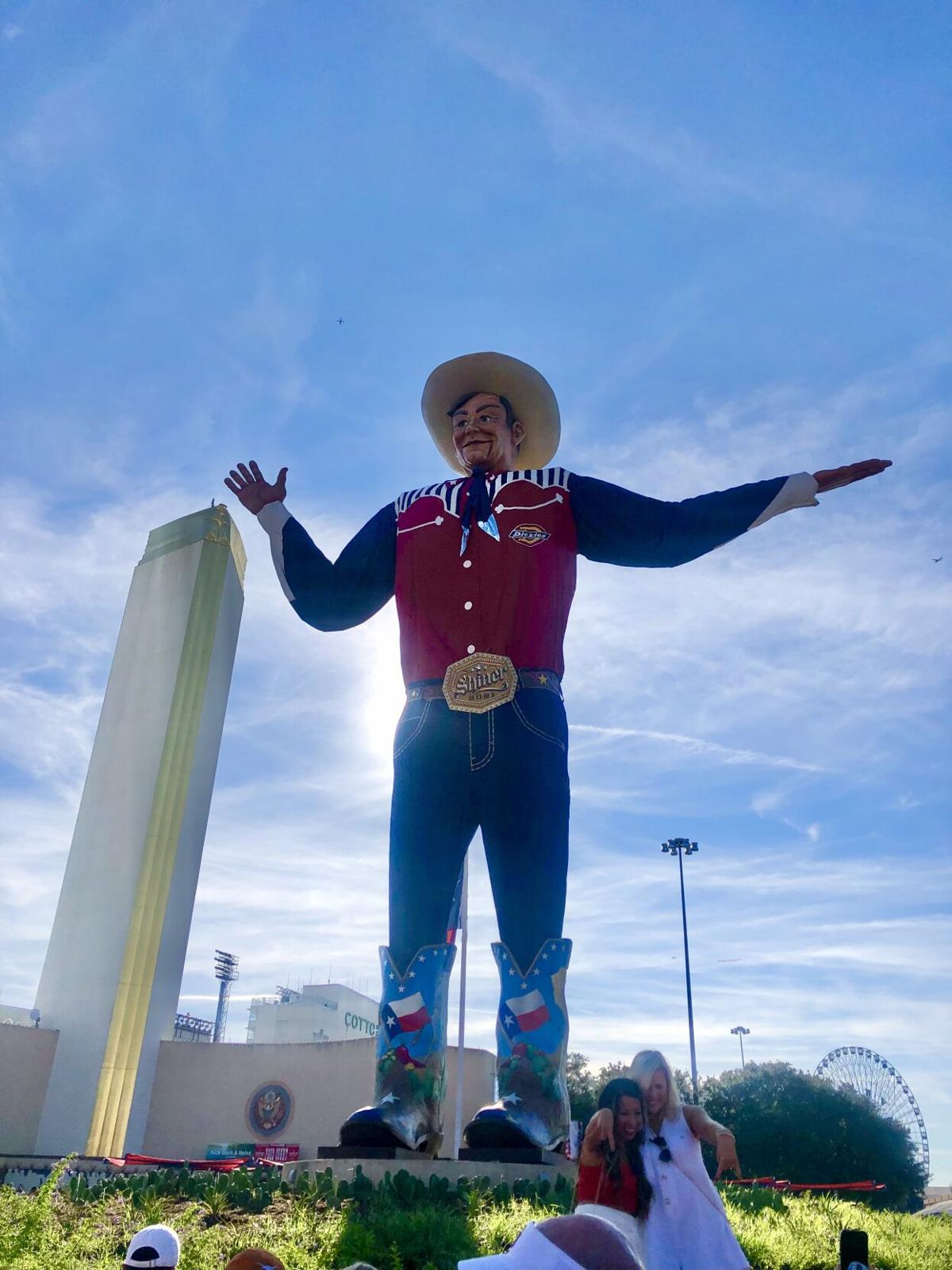 Big Tex at the State Fair of Texas in Dallas.

Katherine Compton enjoys making corny dogs like those at the State Fair of Texas in Dallas.

Corny dog and Big Tex at the State Fair of Texas in Dallas.

Big Tex at the State Fair of Texas in Dallas.

When asked what makes a true Dallasite, attorney and television personality Dawn Neufeld said, “Looking good in the middle of summer without sweating.” After this weekend, if that is the yardstick, I literally and figuratively don’t measure up.

I am just back from cheering UT on in the Red River Showdown in Dallas, which left me hot under the collar in more ways than one. If you are unfamiliar with the Red River Showdown, it is a celebration of the football rivalry between the University of Texas and the University of Oklahoma. The matchup has been played between the two schools since 1900, making the steeped-in-tradition rivalry older than the state of Oklahoma itself.

In all honesty, I am only a casual watcher of most sports, college football included, but going to a game is a different proposition entirely. The electric energy of the crowd, the excitement of the fresh-faced college kids as they take to the field in their various roles, the unique traditions and camaraderie of the fans all come together and give birth to an extraordinary experience.

This is the first time I have been to the Red River Showdown and, as luck would have it, this one, in particular, was one for the books. Did you ever ride on a seesaw growing up? It is a back-and-forth ride. There is the exhilaration of flying up, then the coming down and pushing with all your might to get back to the top only to have the other rider hop off unexpectedly leaving you to hit the ground, “Bam,” with a painful jolt.

That was pretty much how I felt the game went on Saturday.

It was an exciting, high-flying experience until it wasn’t, and when it wasn’t it was a spectacular, crushing “Bam.” Even though the team I was there to cheer on snatched defeat from the jaws of victory, my jaunt to Dallas was still an absolute blast. The showdown is held at the Cotton Bowl inside Fair Park, which also happens to be home to the State Fair of Texas.

This was my first time to attend the State Fair of Texas, and I just love a fair. All the sights and sounds of a fair are delivered in Dallas on an unprecedented scale. The millions of twinkling carnival lights, the sweet smell of cotton candy and the booming voice of Big Tex saying, “Howdy folks,” all came together and made me feel like a kid again.

The game kicked off at 11 a.m., so we arrived to the fairgrounds early, as in 8 a.m. early. If you know me, then you know that I am not a fan of early morning, but catching a glimpse of ESPN’s “College Game Day” being broadcasted and having my first Fletcher’s corny dog for breakfast helped ease me into a fabulous day of fun.

If you have never had a Fletcher’s corny dog, you need to. This Texas tradition is sheer perfection, even for breakfast.

Corny dogs joined the fried food smorgasbord at the State Fair in 1942 making them older than Big Tex himself. Skip Fletcher said of the iconic fair food, “Corny dogs are simple, but they ain’t easy!” I can attest to that fact.

When I got home late Sunday evening, I decided to try my hand at frying up a batch of homemade corny dogs.

They are almost as good as Fletcher’s but not quite.

Mix the cornmeal, flour, salt, pepper, sugar and baking powder in a large bowl. Whisk in the eggs, milk and honey until smooth.

Put the batter in a tall glass and set aside.

Preheat the vegetable oil in a heavy skillet over medium-high heat.

Skewer the hot dogs and pat them dry. Dip the skewered dogs into the batter coating them completely. Gently put them in the hot grease, turning and frying them until they are lightly browned on all sides, about 3 minutes. Drain on paper towels and serve hot with mustard and ketchup.

Have you ever been to a sip and shop event?