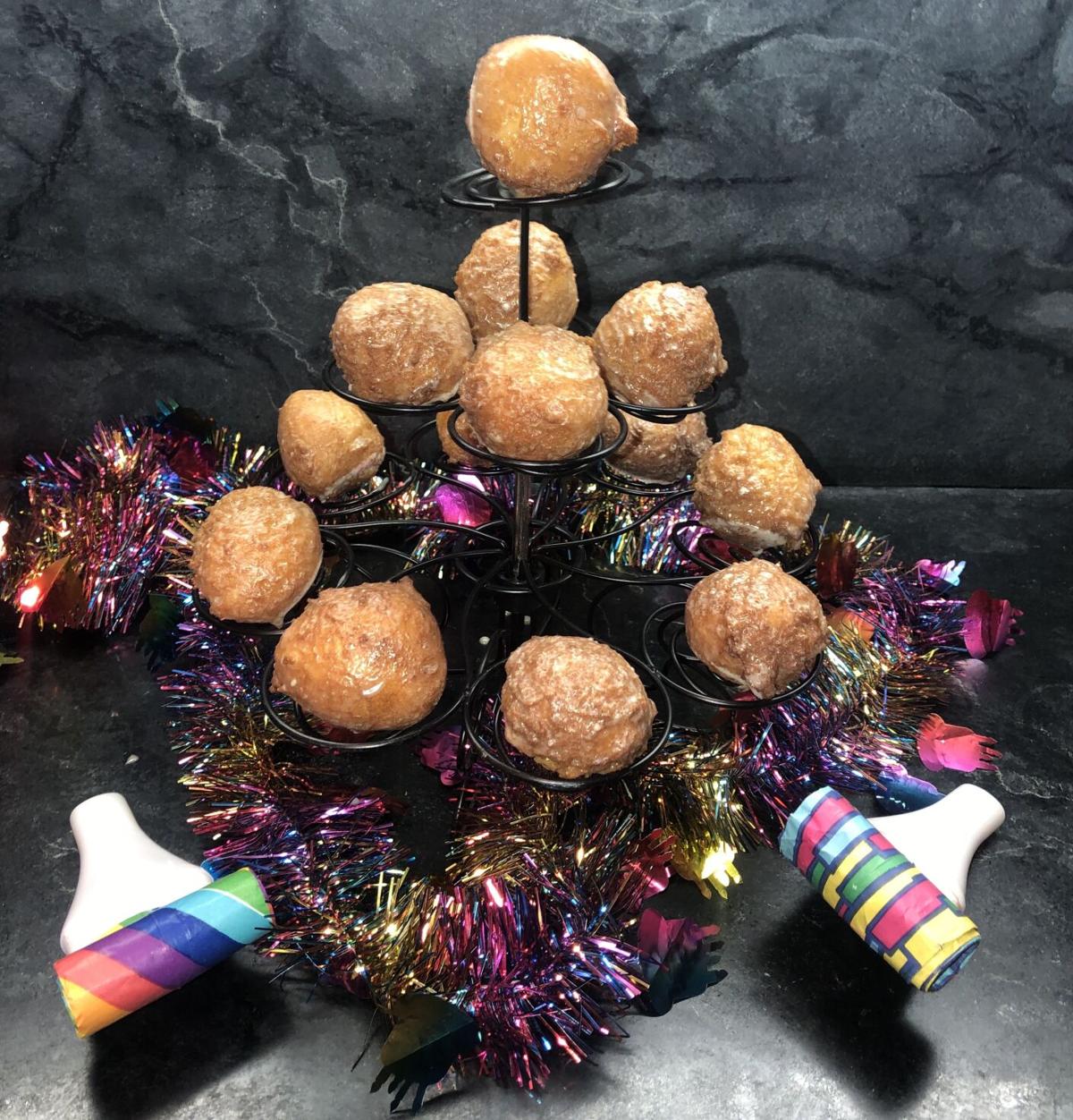 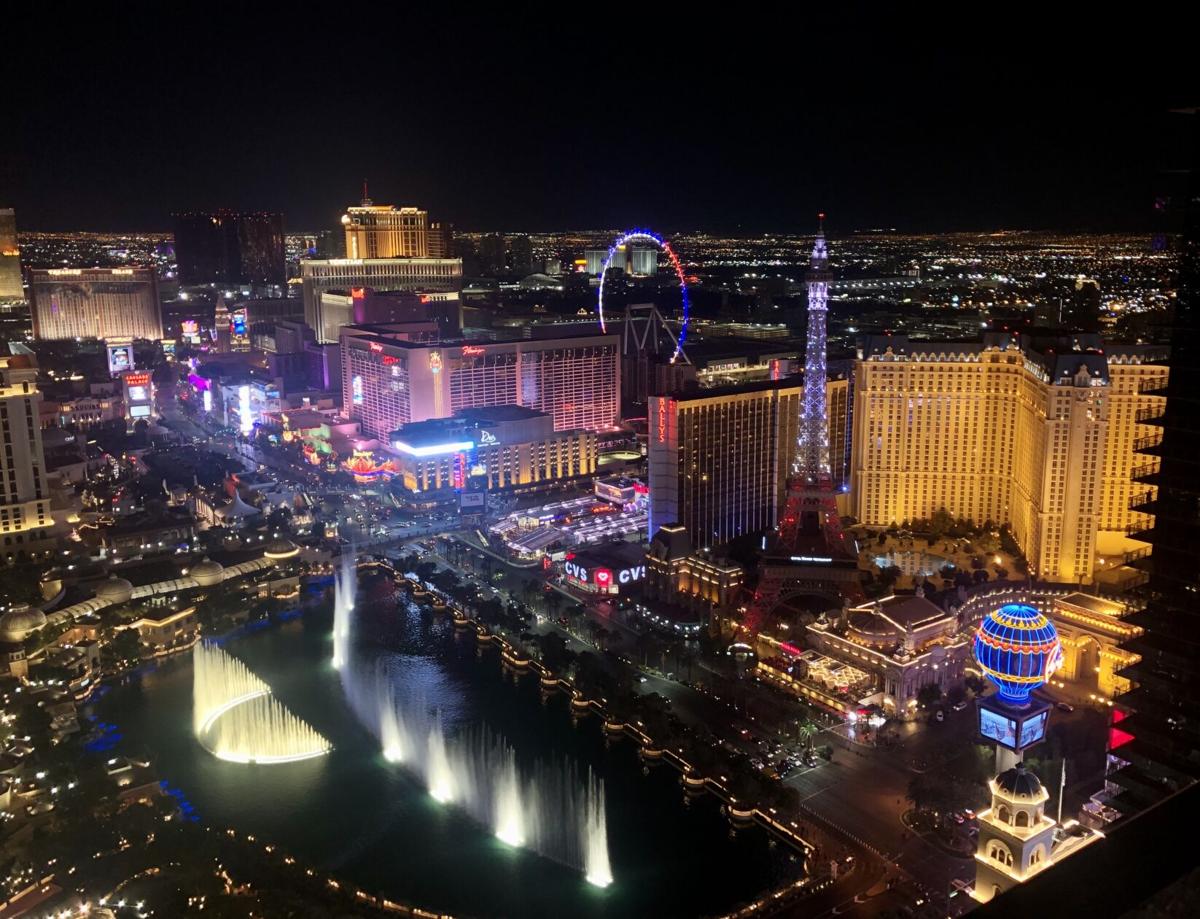 A view of Las Vegas from Katherine Compton’s room at the Cosmopolitan. 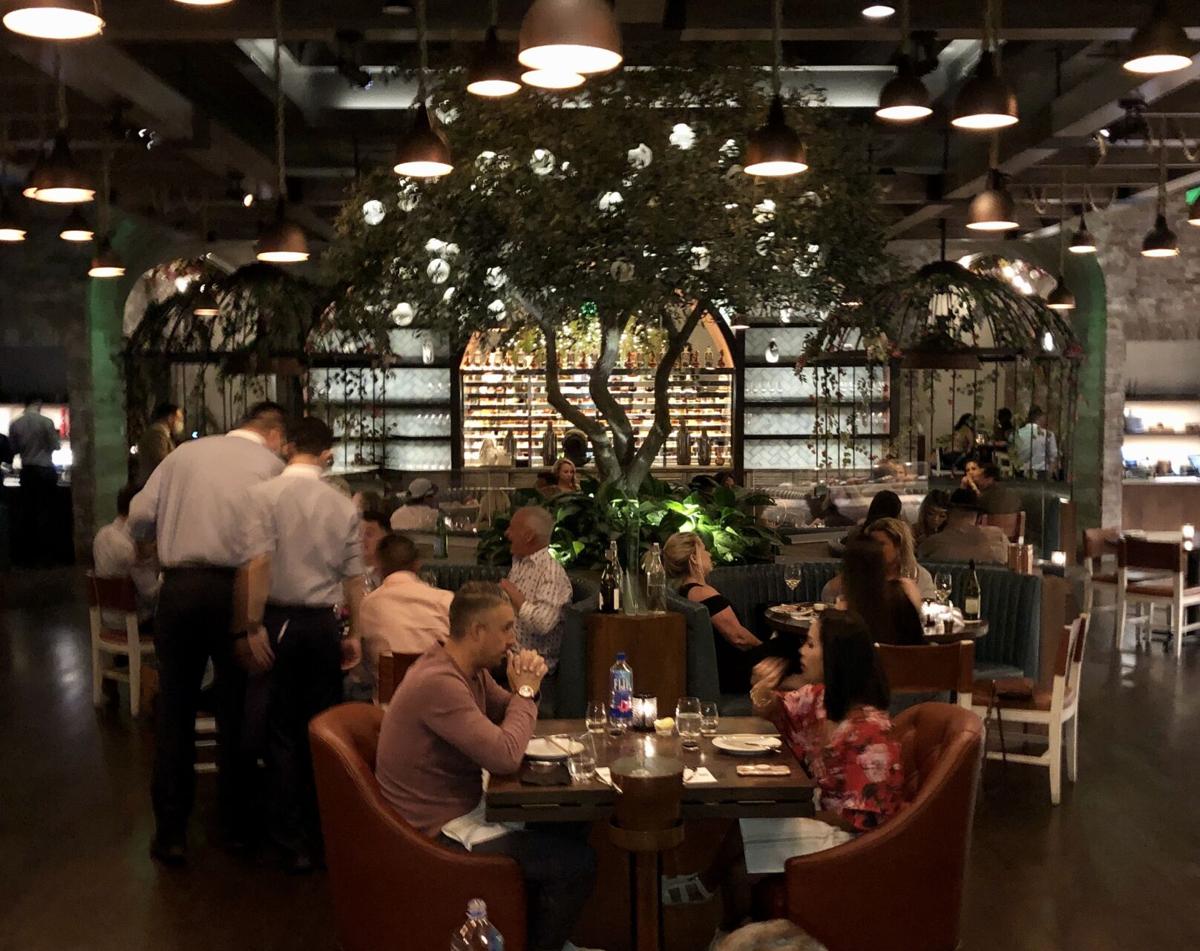 The interior of CATCH in Las Vegas. 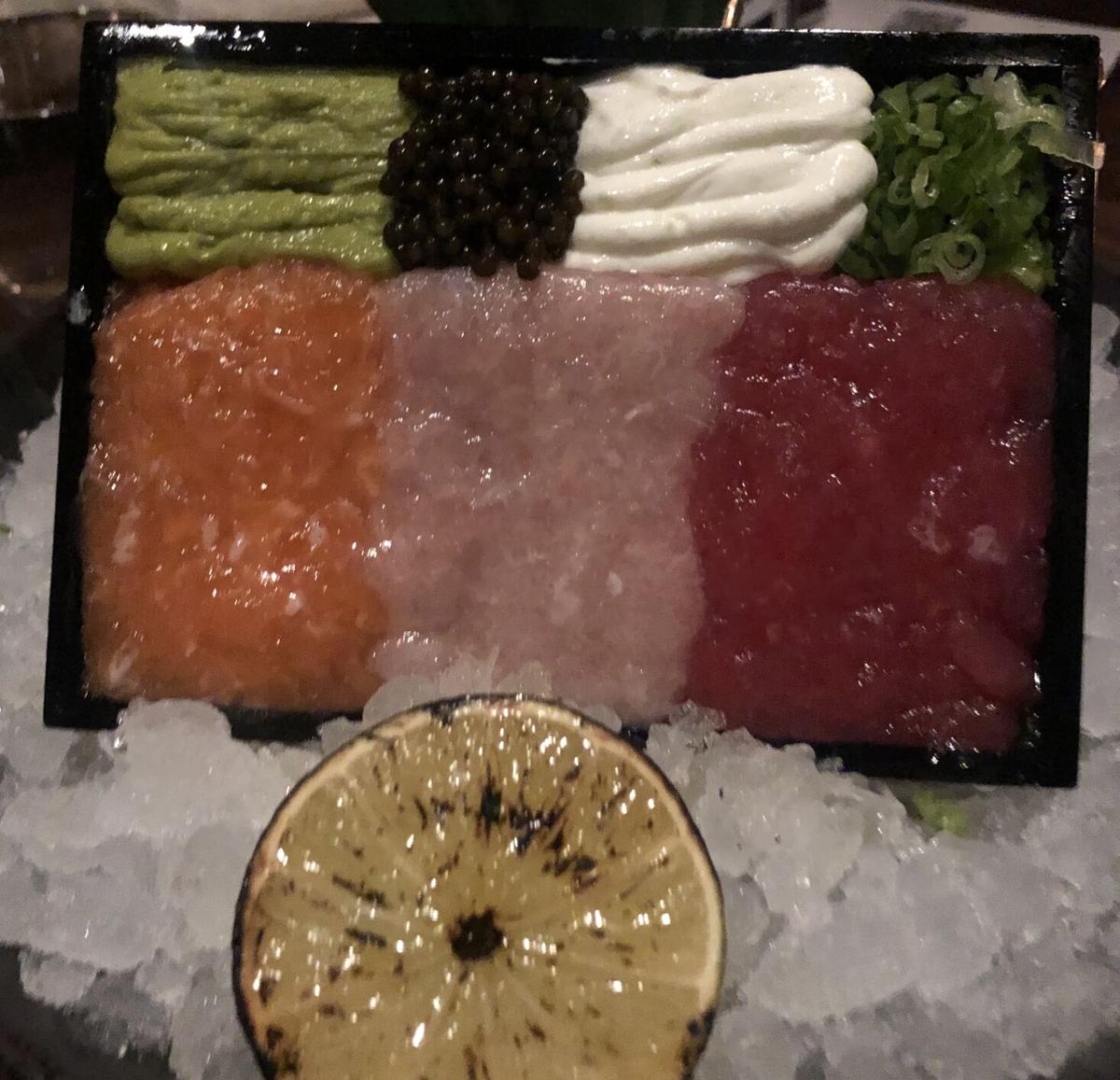 A view of Las Vegas from Katherine Compton’s room at the Cosmopolitan.

The interior of CATCH in Las Vegas.

Elvis Presley once said “Man, I really like Vegas,” and I couldn’t agree with the King more. Las Vegas combines my loves of dining and shopping and serves them up with a side of craps, blackjack, shows and spectacular pools culminating in the ultimate feast of fun.

I am just back from a long weekend girls’ trip to Sin City, and I am already looking forward to going back. Covid has changed a lot of things in the entertainment capital of the world but there is still plenty of fun to be had. There were no shows or concerts going on, and I did miss that, but the crowds were significantly smaller and I did not miss that. We stayed at my absolute favorite hotel on the strip, the Cosmopolitan.

The Cosmopolitan, which was named “The Best Hotel in the World” in 2013 by Gogobot and was added to Condé Nast Travelers Gold List of the “Top Hotels in the World” in 2015, is the perfect blend of luxury and style with a sexy, cutting edge vibe. My gal pals and I spent our days lounging at the spectacular Marquee day-club pool, located at the hotel, where the service and cabanas were out of this world and the D.J. kept the atmosphere everything but boring. When I read that the Marquee, which is not only a pool but also both a day and night club, was the top-grossing “club” in the United States in 2012, I was not at all surprised. The pool is gorgeous and is flanked by private cabanas with billowing curtains blowing in the breeze, both at the pool level and also several stories up, and pillow laden day beds, all filled with non-stop fun.

Each evening, after we had had all of the sun and fun we could stand, we dressed and headed out for some of the dining that Vegas is so famous for. In the Cosmo, we visited Rose. Rabbit. Lie., a swanky supper club-style restaurant with a cool mix of smooth jazz and modern entertainment, inspired craft cocktails and melt in your mouth food. Honestly, after the experience and atmosphere at Rose. Rabbit. Lie., I was unsure if anyplace else would measure up, and I was thrilled to be proven wrong by our next dinner at CATCH. CATCH, located in the neighboring Aria resort, is probably one of the most unique and beautiful restaurants I have ever eaten in anywhere in the world. The entrance leaves you with the feeling that you are falling down Alice’s rabbit hole. Announced with whimsical, lit marquee letters above an arched entryway that is dripping with flowers, moss and fairy lights, going into CATCH is like being transported into another world. Once you emerge from the rabbit hole, the gentile, honed opulence of the restaurant becomes truly apparent and it is breathtaking. The gorgeous golden glow in the dining area is second only to the sumptuous food and lavish cocktails. Famous for their sushi, seafood and steaks, CATCH was certainly not all hat and no cattle. The food was just as spectacular as the surroundings. The tartare trio was fresh and bursting with flavor and my snapper was crispy and perfect.

We were in Vegas for a belated celebration of my gal pal Melany’s 50th birthday, and we chose CATCH as her big night. So we rounded out the meal with a Donut Wonder Wheel, which is basically a miniature Ferris wheel filled with warm, freshly fried donut balls and probably one of the most fun desserts I’ve ever been served.

After dinner each night, we took to the tables for some gaming, enjoyed a little bubbly at CliQue and even found our way into the secret speakeasy hidden by The Barbershop. They say what happens in Vegas stays in Vegas, and I guess for some that may be true, but not for me. I came home with a smile that lasted for days, a little change in my pocket and some wonderful memories.

Once I was home, the memory of those melt in your mouth donuts haunted me, so I decided to try my hand at making my own.

I think they were as good as the ones I enjoyed in Vegas, but I guess I need to go back to CATCH, just to be sure.

Heat your oil on the stovetop (in a heavy pan) or in a deep fryer.

Mix the milk and egg together and set aside.

Mix the flours, baking powder salt and sugar together and then mix in the milk and egg, next add the melted butter, stirring just until a soft dough forms.

Form balls of approximately 1 tbsp of dough ( I used a cookie scoop) and fry in 350-degree oil until golden brown on all sides, about 2 minutes. Drain cooked donuts on a plate or cookie sheet lined with paper towels and cool slightly. While still warm remove from the paper towels, place in a large bowl and drizzle/toss with the glaze (directions below). Serve warm

To make the glaze slowly stir the milk and vanilla into the powdered sugar, blending until smooth.