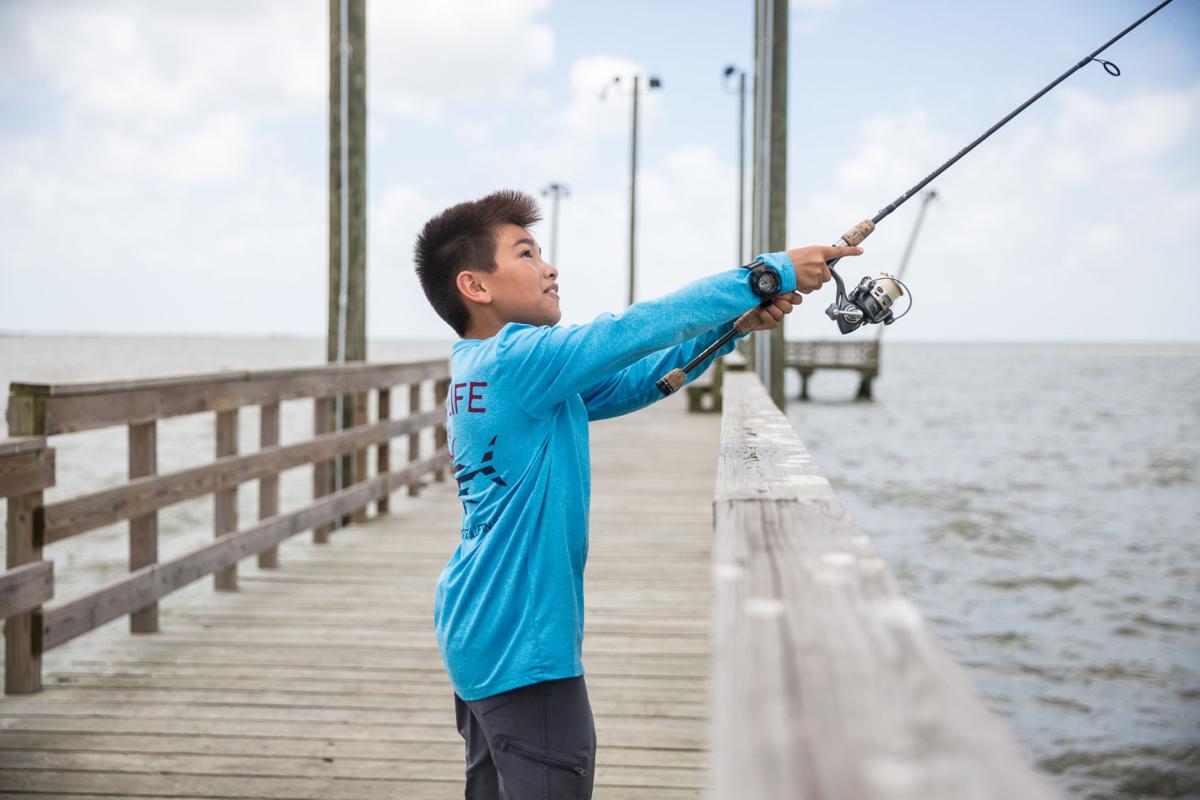 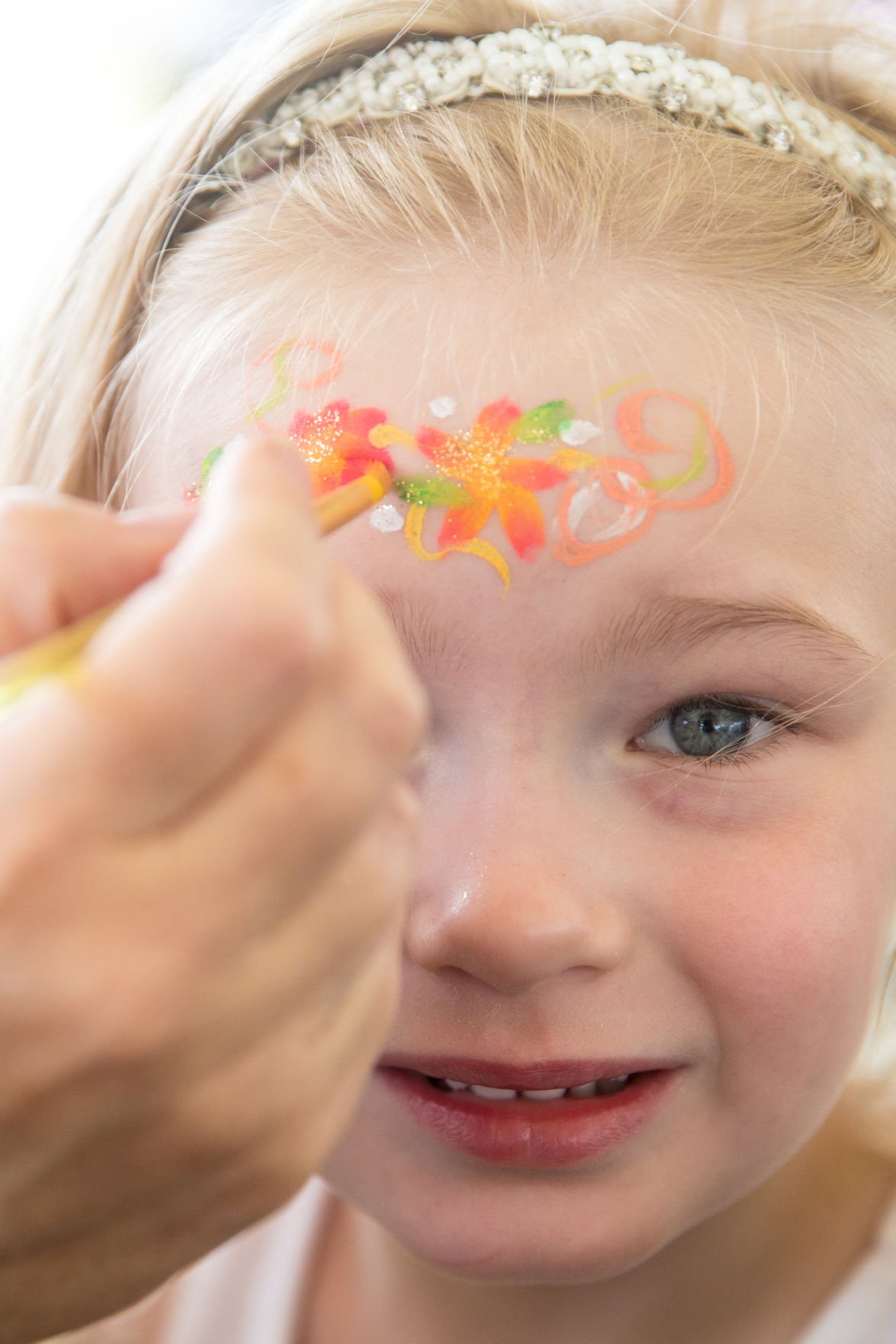 In 2018, Sydnie McNeil, 4, gets her face painted by Sheryl Wolske, 46, at Shrimpfest in Seadrift. 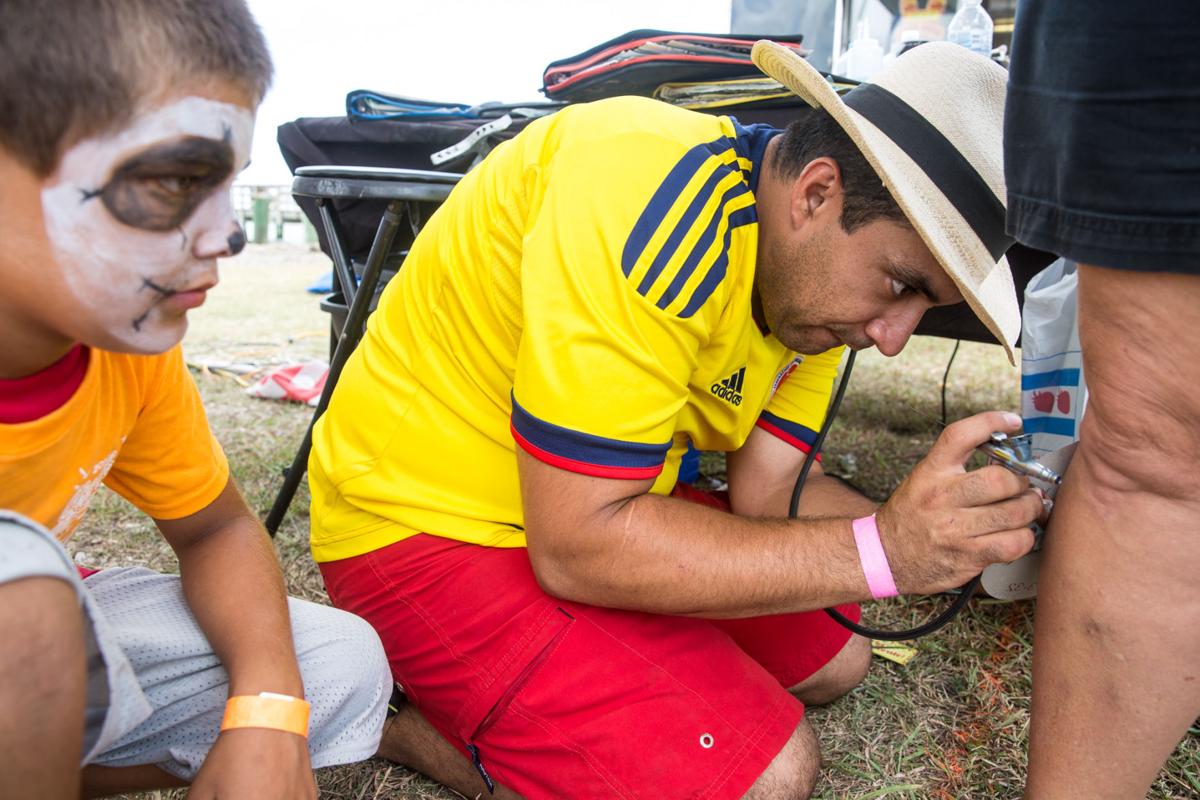 In 2018, Chacho Cardona, 32, center, paints a temporary tattoo for his customer at the Shrimpfest in Seadrift. 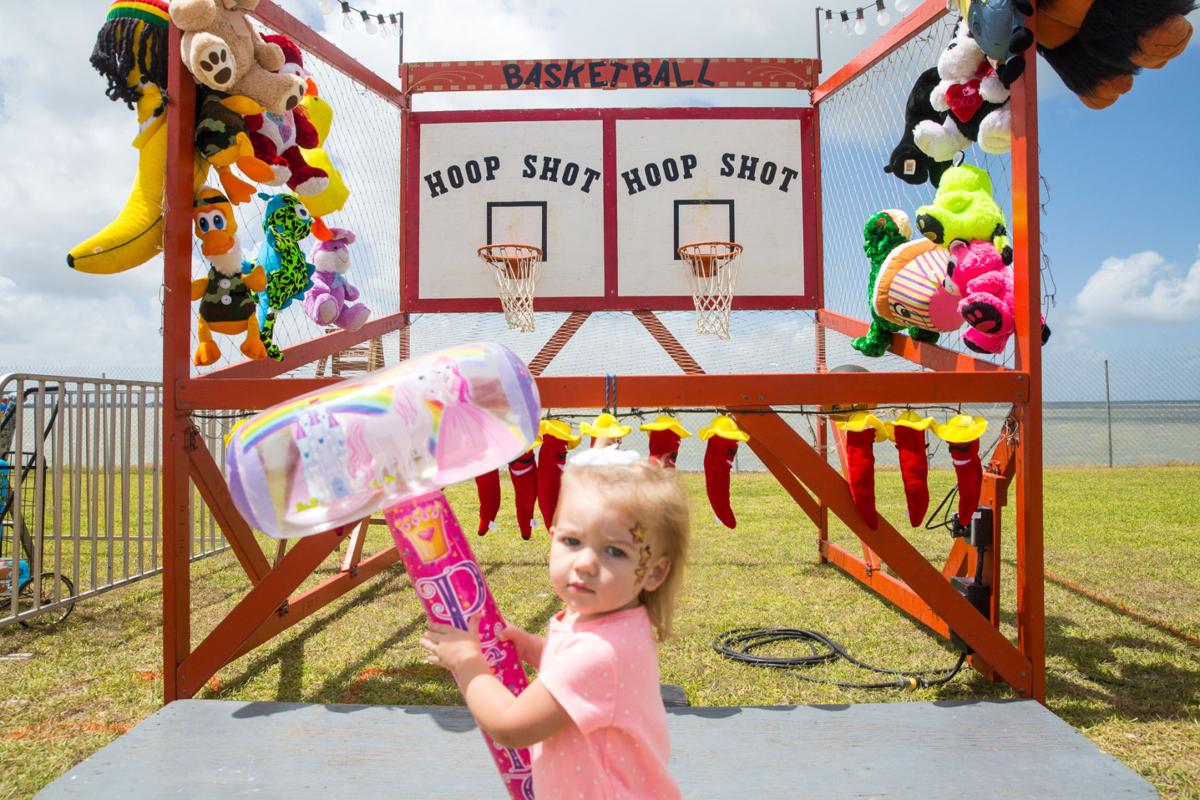 In 2018, Kenzie Mutchler, 1, walks in front of the “Hoop Shot” machine with her inflatable hammer at Shrimpfest in Seadrift.

In 2018, Sydnie McNeil, 4, gets her face painted by Sheryl Wolske, 46, at Shrimpfest in Seadrift.

In 2018, Chacho Cardona, 32, center, paints a temporary tattoo for his customer at the Shrimpfest in Seadrift.

In 2018, Kenzie Mutchler, 1, walks in front of the “Hoop Shot” machine with her inflatable hammer at Shrimpfest in Seadrift.

Shrimpfest in Seadrift signals the beginning of summer.

From 3,000 to 5,000 folks are expected to celebrate 40 years of the festival Friday and Saturday on Main Street in the small, coastal town.

The town’s approximately 1,350 residents will have a chance to come together for good food, live music and fun traditions, and they will welcome new and familiar faces.

“My entire life, I’ve gone to Shrimpfest. I left (Seadrift) for a little bit, but I would come home for it. It’s a reunion. People come in who don’t live here anymore to catch up with family and friends,” said Jennifer Boedeker, who is coordinating the Miss Shrimpfest and Bayrat pageants.

Girls from the ages of 14 to 18 compete for Miss Shrimpfest. They have to live in Calhoun County. The winner receives a $500 scholarship. So they are girls who are “looking to go to school and do big things,” she said. Girls ages 11 to 13 compete for Junior Miss Shrimpfest, and girls ages 4 to 6 compete for Little Miss Shrimpfest. The pageant is informal. The girls don summer wear and answer a series of questions. This year, the girls will name four interesting facts about themselves and the answer the main question, “What do you love most about Seadrift?”

For the Bayrat Pageant, men dress up as women and the audience chooses the prettiest one as the winner. This year, Bay Flats Lodge will donate $500 as a prize for the winner to get people excited about the pageant again.

“It’s part of our summer. It’s laid back. People come out and listen to live music and there’s enough food to feed an army,” Boedeker said. “There will be inflatables for kids, games, vendors selling their wares, lots of people and traditions.”

Traditions include the pageants, the cornhole, washer and horseshoe tournaments, and the shrimp-eating contest. Adult and kid fishing tournaments and 5K by the Bay also are planned. In 2019, the adult fishing tournament attracted about 25 boats, so they are hoping to grow that number this year.

“Horseshoes, washers and cornhole are huge things in Seadrift. They compete for bragging rights, and some of the teams have participated in this for the last 10 years,” said Lacey Vasquez, vice president of the Seadrift Chamber of Commerce. “It’s entertaining to watch the tournaments — it’s quite comical.”

“We’re geared toward family and we want to make sure it’s affordable for everyone,” Vasquez said. “It’s been a trying year for everyone.”

The Golf Cart Scavenger Hunt also is a popular activity, as is the frozen T-shirt contest (which used to be a wet T-shirt contest). The T-shirt is tied in a knot and frozen and the first person to untie the shirt and put it on wins.

“There’s something for everybody,” Vasquez said.

Vasquez said a wide range of live music will be offered including Tejano, old country-Western, Texas country and “everything in between.” Three of the bands are local, which she said is special.

Festival-goers can cool off with alcoholic beverages, soft drinks, tea and lemonade while they enjoy carnival food including barbecue, fried potato strings and corndogs, Vasquez said. Arts and crafts vendors will be selling their merchandise as well.

The money raised goes back into the community, said Tracey Johnson, Seadrift Chamber of Commerce president. Depending on the amount raised, the money might be used for scholarships at the high school level, donations to the athletic department of the Seadrift School, or collaboration in the renovation of the train depot.

The festival relies heavily on sponsorships to offset the costs of putting on the event, Vasquez continued.