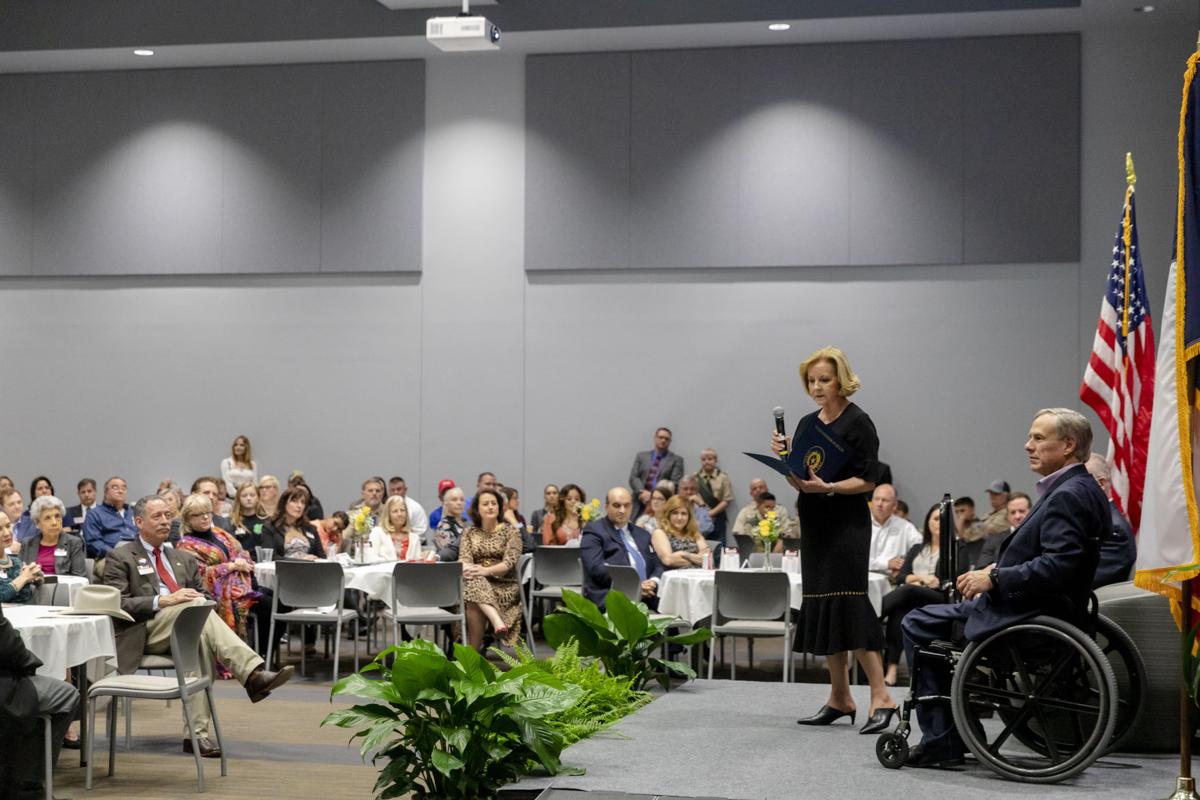 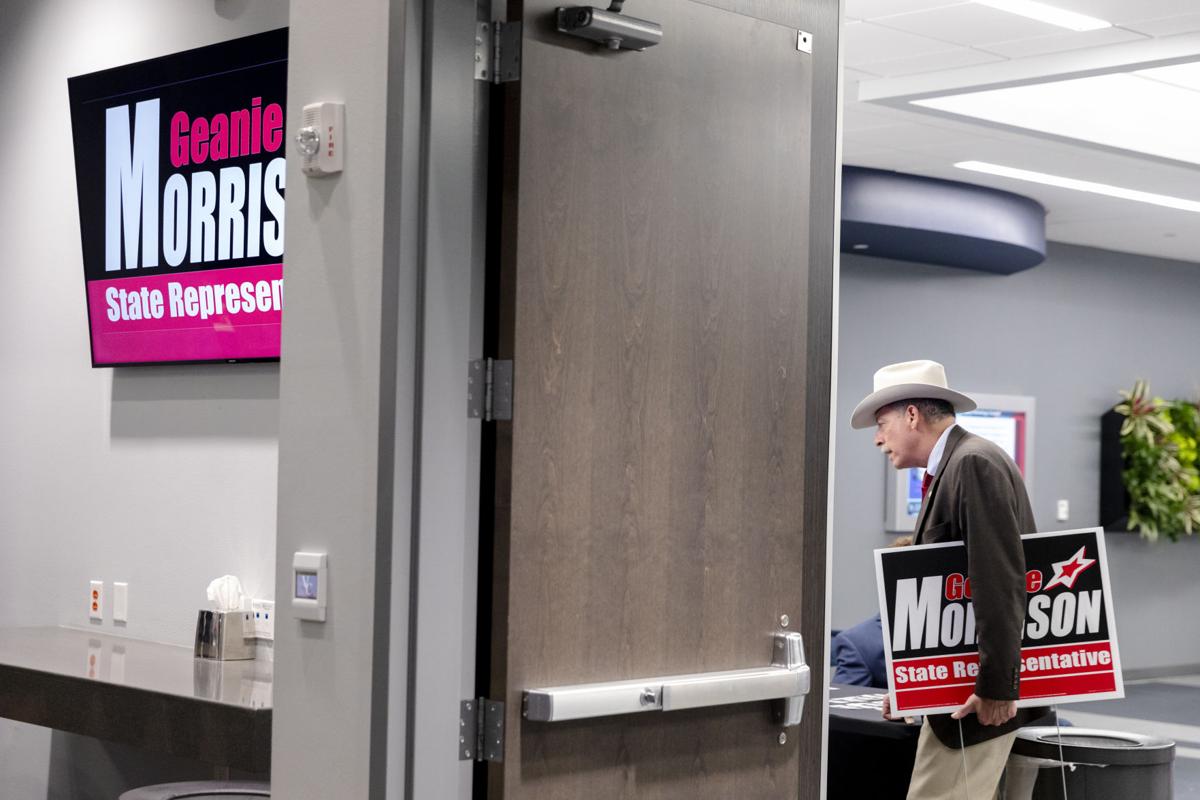 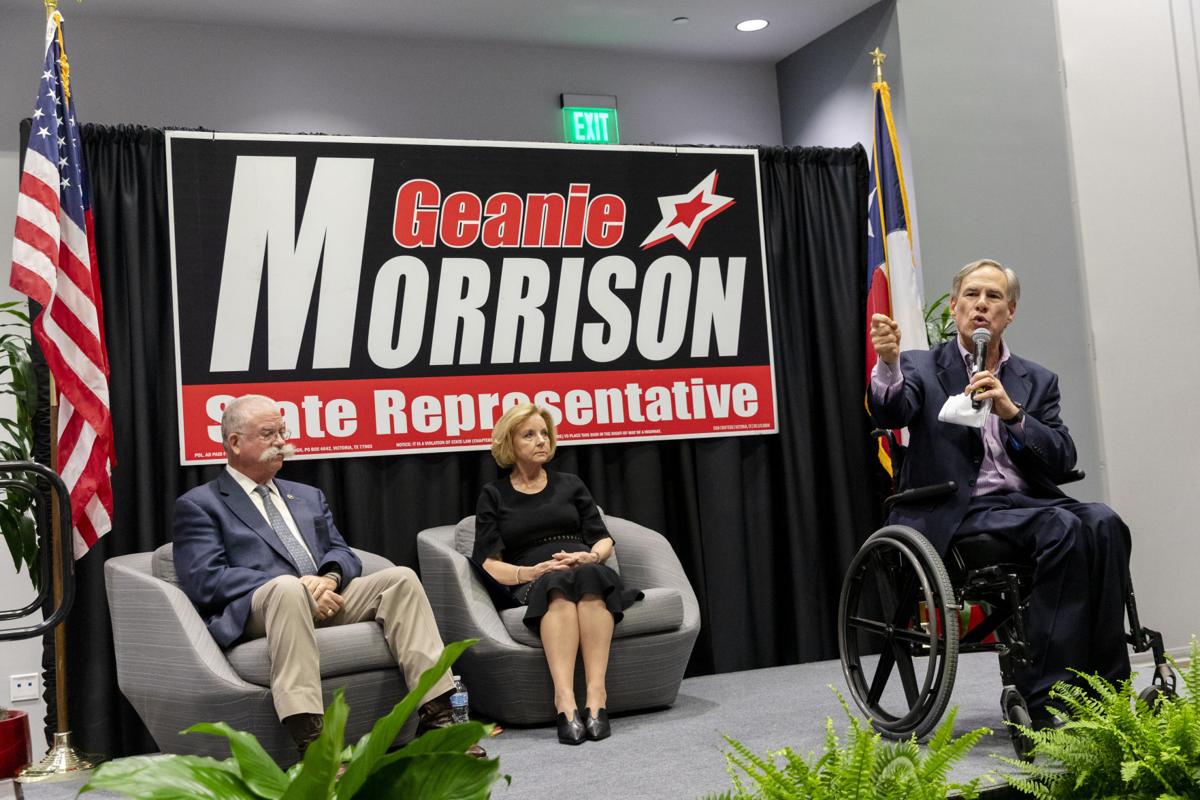 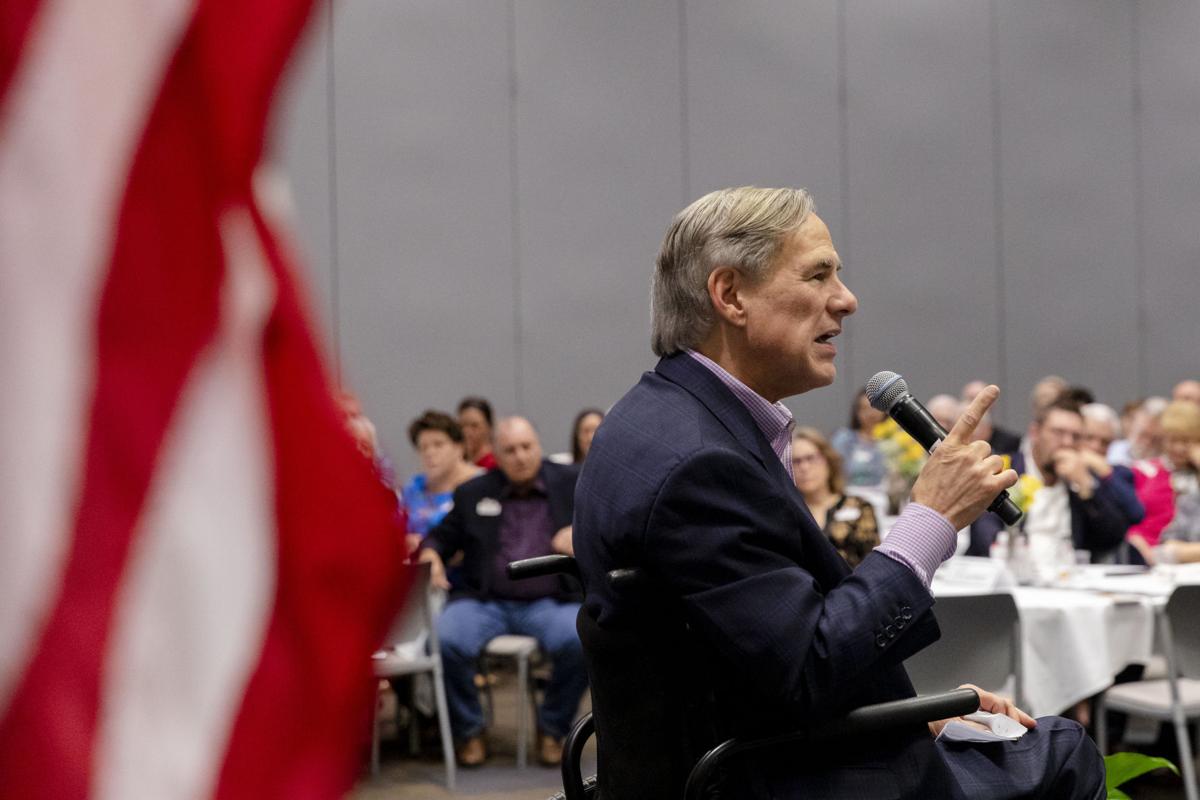 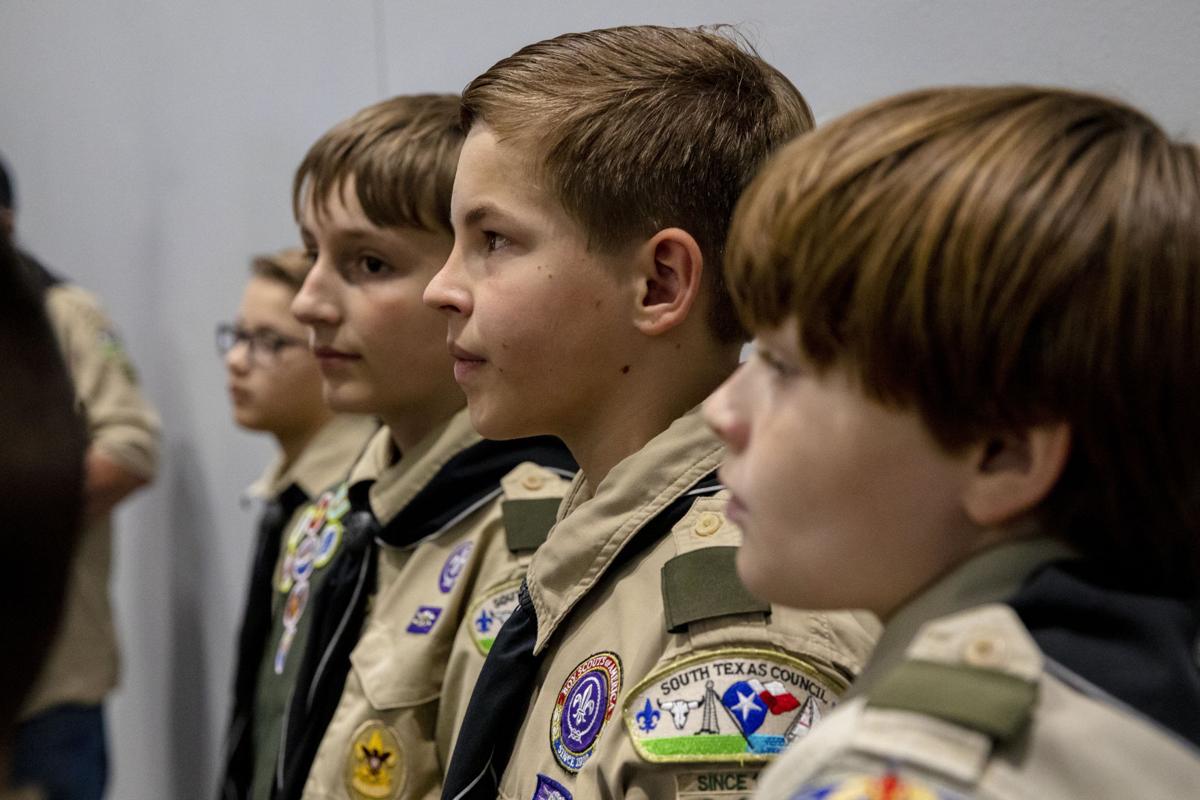 Marvin Cordes, 12, waits in line with other Boy Scout Troop 364 students before leading the Pledge of Allegiance. 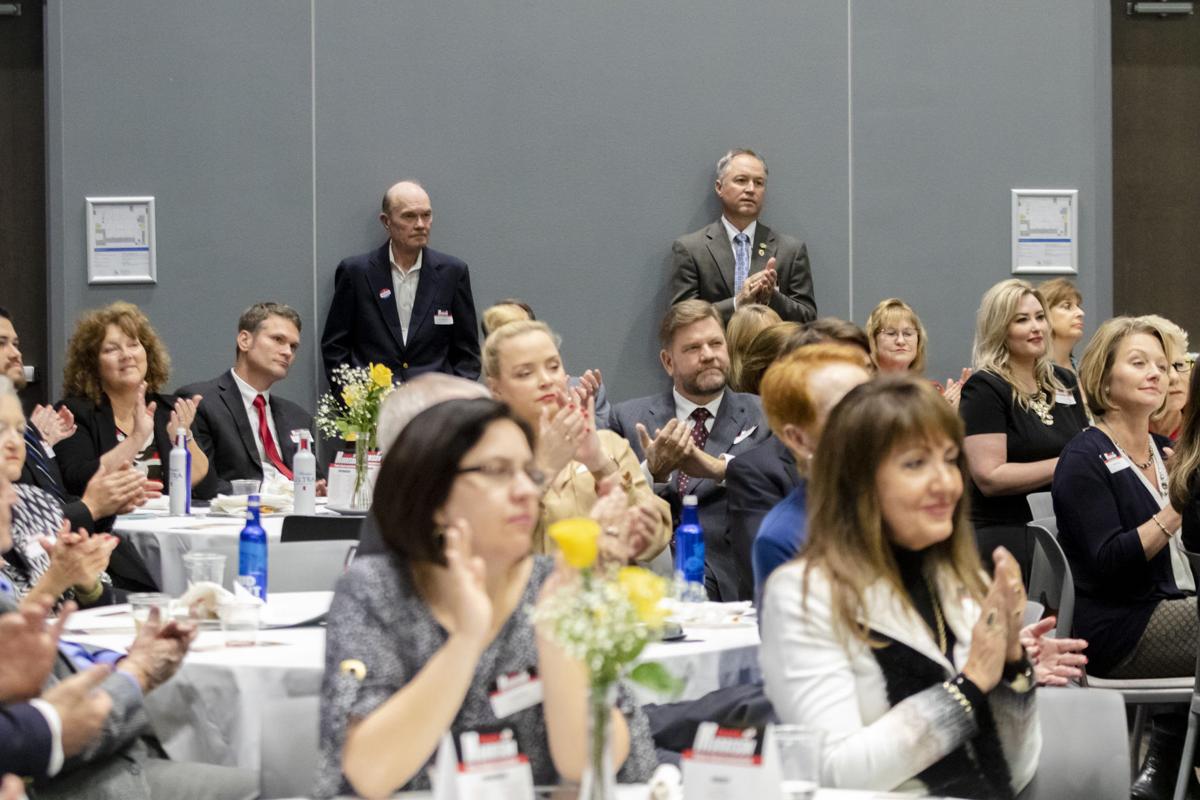 Supporters of State Rep. Geanie Morrison applaud as she speaks. 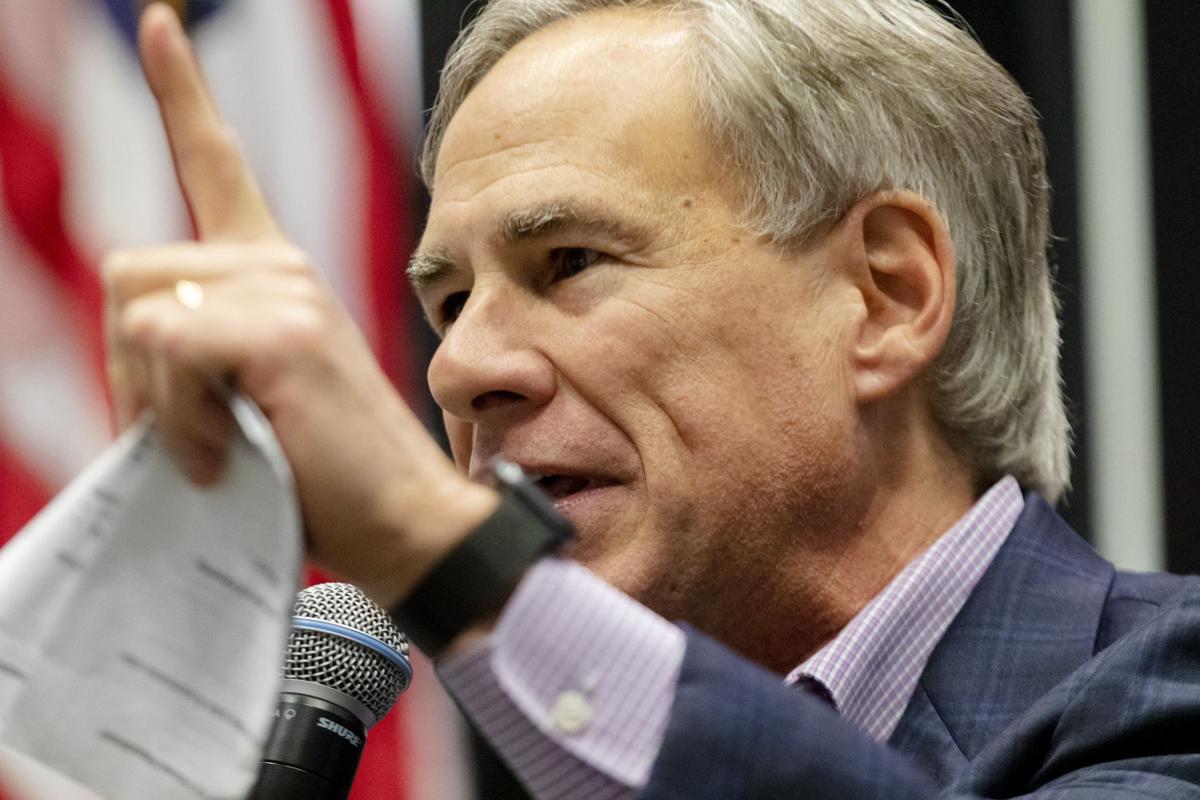 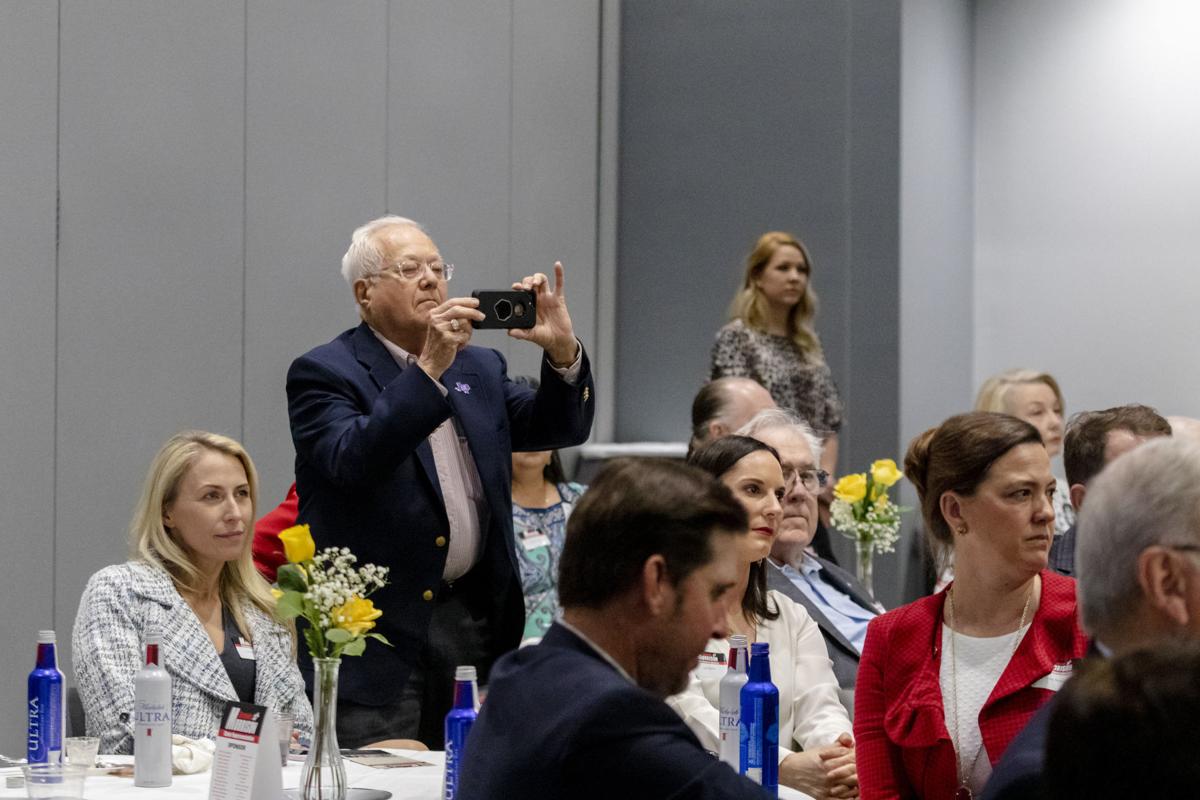 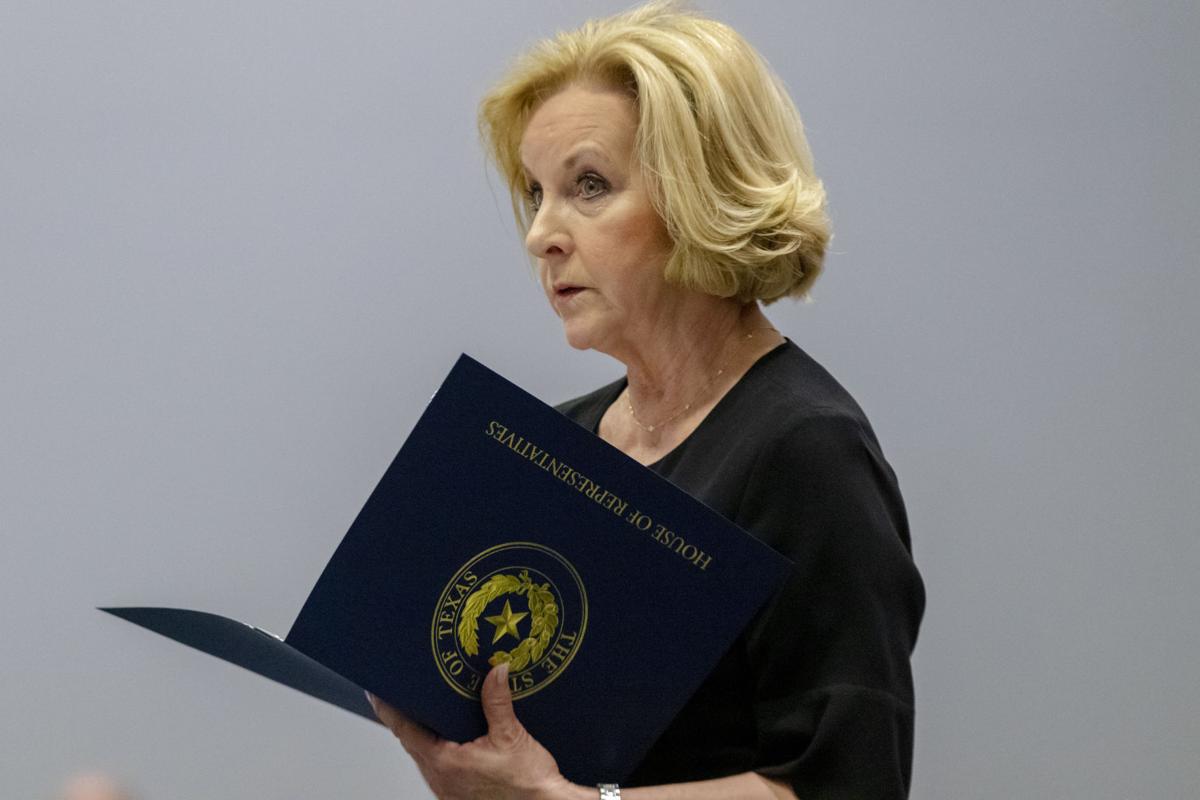 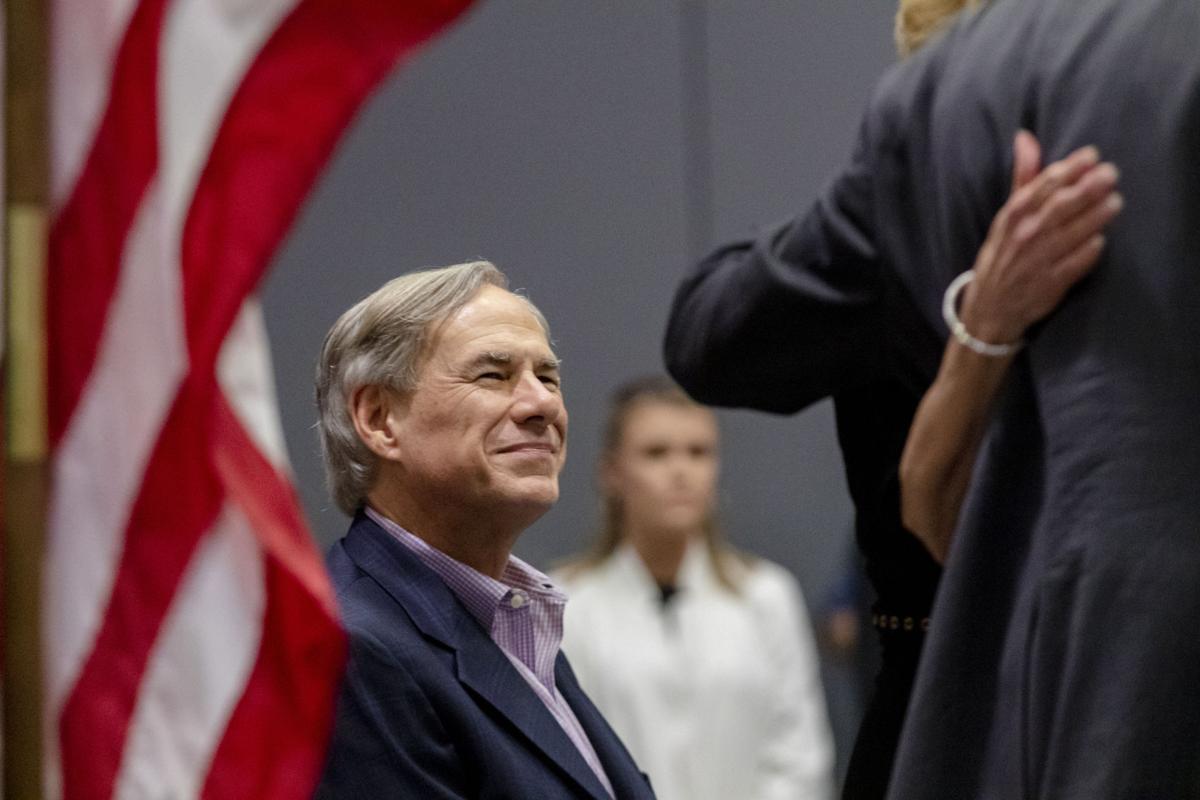 Marvin Cordes, 12, waits in line with other Boy Scout Troop 364 students before leading the Pledge of Allegiance.

Supporters of State Rep. Geanie Morrison applaud as she speaks.

“She goes to work for you all every single day to help out the Victoria community, to help out her entire district, but also to help the great state of Texas,” Abbott said at the event.

But while touting Morrison’s track record during her 11 terms in the House, one issue that’s been widespread in both the district and state wasn’t mentioned during the event: homelessness.

“We always talk about putting ourselves in situations where we can see from someone else’s perspective, but it’s so hard to make policies or make real change without really understanding the problem and really doing that,” said longtime homeless advocate Kim Pickens ahead of the event.

Homelessness has been a prevalent conversation in Austin as it has in Victoria during the past year. Victoria’s City Council passed an ordinance aimed at the homeless in September that prohibits camping in public rights of way near residences, as well as in the city’s designated historic districts, leaving mainly major city thoroughfares the only lawful places to camp. The ordinance passed despite a divided council and pleas from members of the community to address the problem of homelessness without restricting camping.

Pickens said earlier Tuesday that while combating homelessness takes effort from all members of a community, it does fall in part on local, state and federal leaders. She said it should be a greater topic of conversation among elected officials than it already is.

“‘Take a walk in their shoes’ is the motto that all of these leaders need to follow in regards to homelessness,” she said. “You have to really see what those barriers are. Once you do that, you can make informed decisions to address them.”

In June, Austin’s City Council lifted a ban on homeless camping, only to reinstate some of those restrictions again in October.

Abbott has been critical of Austin’s handling of homelessness. For example, in a tweet earlier this month, he wrote that “fixing homelessness” in Austin is easy, listing methods including putting public safety first, opening large shelters and focusing on long-term housing as ways to do so. But, he added, “Austin doesn’t have the leadership to do this.”

In a tweet earlier in January, which shared a story by the Austin American-Statesman about a stabbing in South Austin, Abbott wrote, “When all facts are revealed I bet you’ll learn that the killer was a homeless man with prior arrests.”

“If so Austin’s reckless homeless policy puts lives in danger to murders like this,” he wrote in the tweet. “Austin leaders must answer for their perilous policies.”

He wrote in another tweet that he was not attacking homelessness, but was criticizing “the lawlessness promoted by the city of Austin.”

Bringing Victoria’s homelessness situation to a national spotlight, producers with CBS Evening News visited Victoria in January to film for part of a series about homelessness in America. The series will showcase homelessness in cities across the county, with some of those cities being small towns.

At the state level, Pickens said she thinks the governor could push for Medicaid expansion to cover low-income and homeless residents. The expense of going to the emergency room because you don’t have a primary care provider is extreme, she said, and could be alleviated with expanded options for care.

“Even doing something as simple as expanding Medicaid would make a tremendous difference in the lives of Texans, homeless or otherwise,” she said.

Morrison and Abbott did not take questions from the public or the media during or after the event. Questions about addressing homelessness in the district were emailed to Morrison’s staff in advance of the event, though her chief of staff said the questions were not received.

During the event, Morrison touched on her achievements during her years in office, which included helping to pass bills and working to bring funding to the district after Hurricane Harvey; assisting to pass a property tax reform bill that brought “tremendous” property tax relief to Texans; and supporting Second Amendment rights.

“I am so honored to have been able to serve you, the constituents of District 30,” Morrison said.

Both Morrison and Abbott emphasized the importance of voting in the election. Tuesday marked the first day of early voting ahead of the primary election on March 3.

Walking to learn why homeless people are still on street

After multitasking by riding a bike and taking photos, Nathanial Marsh shed tears Saturday morning in the garage of Christ’s Kitchen.

Sorry we're slow to respond, but please permit us to explain the intention of the story. To be fair to both candidates in the Republican primary, we attempted to focus the story on an issue in the news recently: homelessness. We chose that issue because the governor and the city of Victoria have focused on it recently. We agree with the criticism that the story fell short of its mark. It ended up being an odd combination of typical campaign coverage and an issues story. Thank you for your feedback.

Simply a writer with her own agenda. Not interested in reporting about the event or the topics addressed and which matter to the public and to those in attendance. This is clear evidence of how a writer uses the benefit of 'holding the pen' or a celebrity 'controls the microphone'. It allows them to steer the public discourse with a selfish perspective rather than reporting the facts. Should this be an opinion piece and not a factual story on day's events? This is how bias leans in by the media. A perspective not in question nor relevant gets weighed in and reported on at the choosing of the editor and reporter.

Abbot is an idiot; his cabinet's motto is in essence "whatever we can do to cut off our nose to spite the face".

That being said, I plan to vote for Morrison, because she's done a good job doing HER job, and that's all she can do. She may not have tried to lead the horse to water, but what's the point if we all know he'd rather die of dehydration?

This article was confusing to me. I was at that event last night and I didn't realize that there were undercurrents going on unbeknownst to those in attendance. For sure there are problems with homelessness but if you are going down that road why didn't you address hunger, human trafficking, animal abuse, and a dozen other important issue that need attention? It was such a pivot that it made me wonder if I was at the same event. Strange article at best. Hijacking at worst.