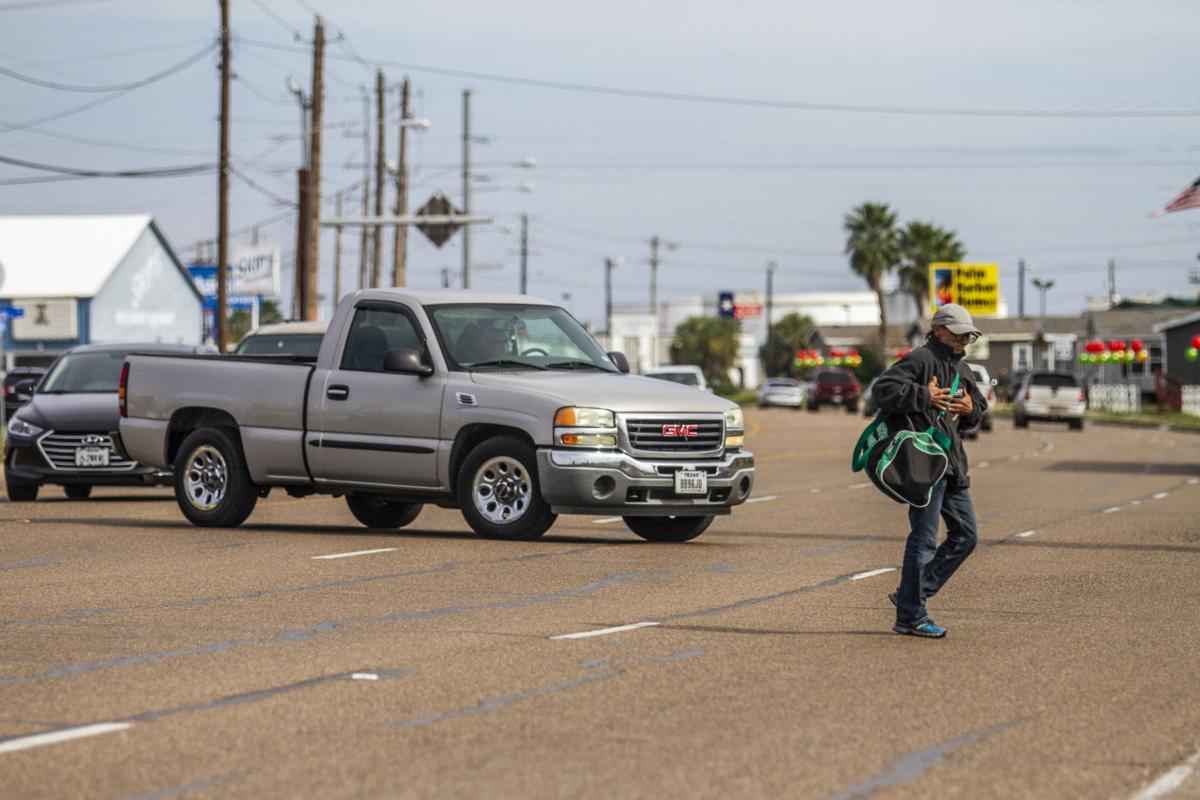 A pedestrian crosses East Rio Grande Street between the Jack in the Box and H-E-B in this Advocate file photo. At least 13 pedestrians have been struck by vehicles at or near this site in recent years. 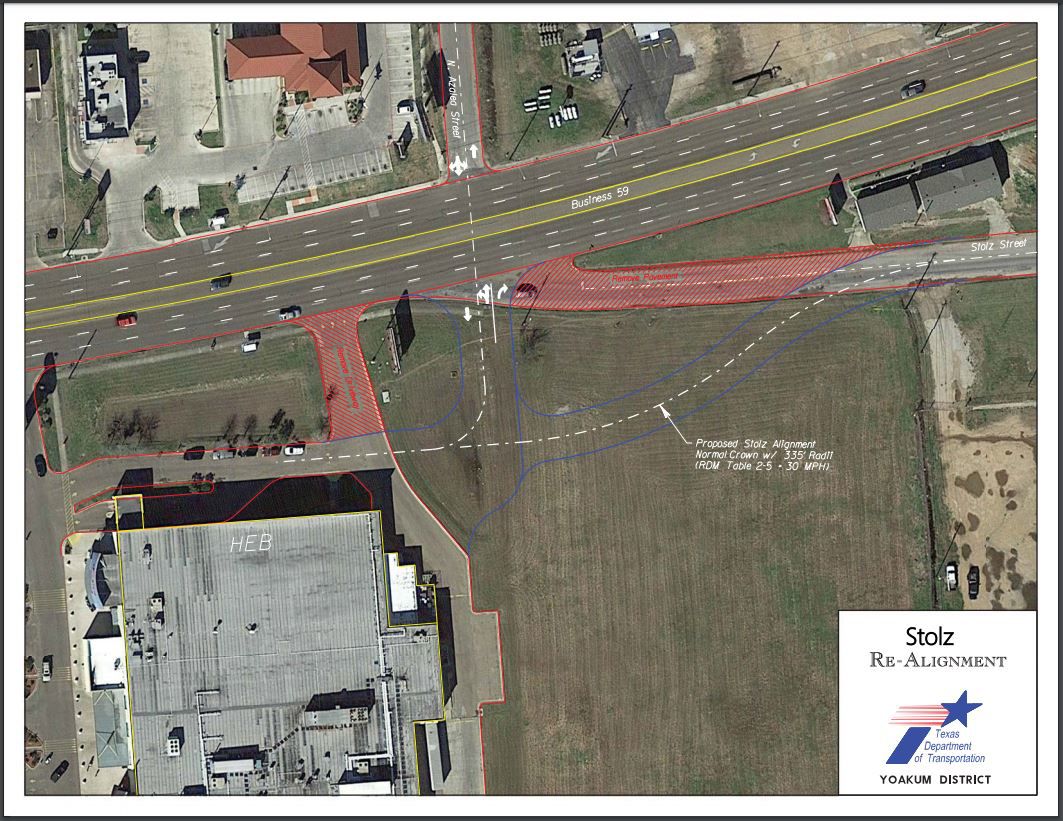 Victoria City Council on Tuesday voted against a pedestrian safety plan on Houston Highway that was endorsed by city engineers, the Texas Department of Transportation and H-E-B officials.

Instead, the council opted to move forward with a plan that will likely cost the city hundreds of thousands of dollars more and could take years longer to complete.

After a lengthy discussion by council members about the area, which is at East Rio Grande Street near H-E-B, the council voted on a project that will signalize Azalea Street, realign Stolz Street and relocate H-E-B’s driveway in an effort to address pedestrian safety.

The council chose the project that proposes to realign Stolz Street rather than terminate the street into a cul-de-sac, which was the option recommended by city staff members, TxDOT and H-E-B, said Donald Reese, the city’s public works director.

Reese said he would now have to discuss the project again with H-E-B officials because the council did not choose the business’s preferred plan. The realignment option extends Stolz Street through land owned by H-E-B.

If the council had chosen the cul-de-sac option, the city’s total would have been an estimated $300,000.

Loffgren, who previously was a manager at H-E-B, said the people walking across the road are not the only problem; car crashes are a concern, too. He said he supported TxDOT’s recommendation to add a cul-de-sac.

De La Garza also objected to the realignment plan because of the city’s additional cost and because he felt the council should trust the city’s traffic safety team.

He said there have been many more accidents and deaths in the area than those that have been reported, which he said he knows because he worked during them. De La Garza served more than 30 years as a Victoria firefighter and paramedic.

“Life safety – that’s what we’re here for, that’s why this option came up; it’s to save people’s lives,” he said.

De La Garza said many of the people walking there are disadvantaged and often don’t have their own vehicles, so the council “needs to be responsible for that intersection.”

Bauknight, on the other hand, said he couldn’t support the recommended cul-de-sac option because “it’s a short-sighted option.” He said he didn’t think it takes into account everything on Stolz Street. He said the realignment option, however, “addresses everybody’s needs,” including pedestrians and businesses in the area.

Bauknight proposed the amendment to have the council review the realignment option instead of the cul-de-sac option. Council members De La Garza, Loffgren and Young voted against the amendment.

Reese told the council Oct. 1 that the city began looking into addressing the area about five years ago but didn’t pursue a project because of concerns about restricting access to businesses. He said about two years ago, the city added lighting to the area to help increase safety for pedestrians, and the council revisited the matter again in late 2018, deciding to consider a project in 2019.

But when the council revisited it Oct. 1, council members delayed making a decision about the project to allow time for the staff to answer additional questions. Reese reviewed two additional project proposals at Tuesday’s meeting, but the council thought the cul-de-sac and realignment options best addressed pedestrian safety. He said the city stood by its recommendation of the cul-de-sac option.

In other business, Victoria City Council:

Gabriel Martinez’s father was hit by a car as he crossed East Rio Grande Street on a Wednesday evening in 2016.

IMO, this is a good example of getting it right on the first attempt. Thumbs-up to City Council. Stolz St. isn't as heavily traveled as some streets, but it contains active businesses and provides a handy shunt to Ben Jordan from Rio Grande. Closing off one end just to do the project cheaper would indeed be shortsighted.

That said, from looking at the photo showing the proposed layout of Stolz and the new HEB driveway it appears it would be safer and cheaper to leave the HEB driveway where it currently is and reposition the end of Stolz St. slightly to the east of it's present location. The new crosswalk from Lilac St. could terminate between the two instead in the middle of the driveway/street combination.

Well of course! Do not listen to TxDOT or your traffic safety team or your city engineers....those sitting on the council know what is best for you and how to spend more money than necessary.