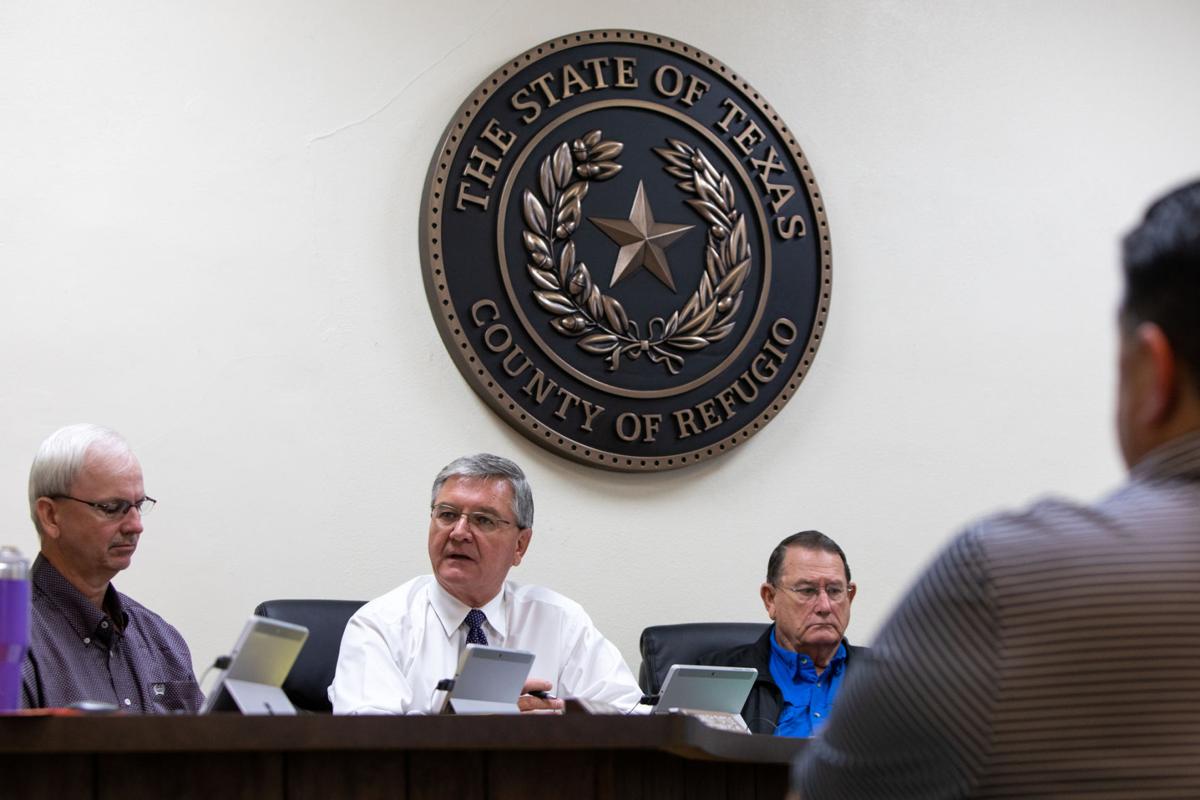 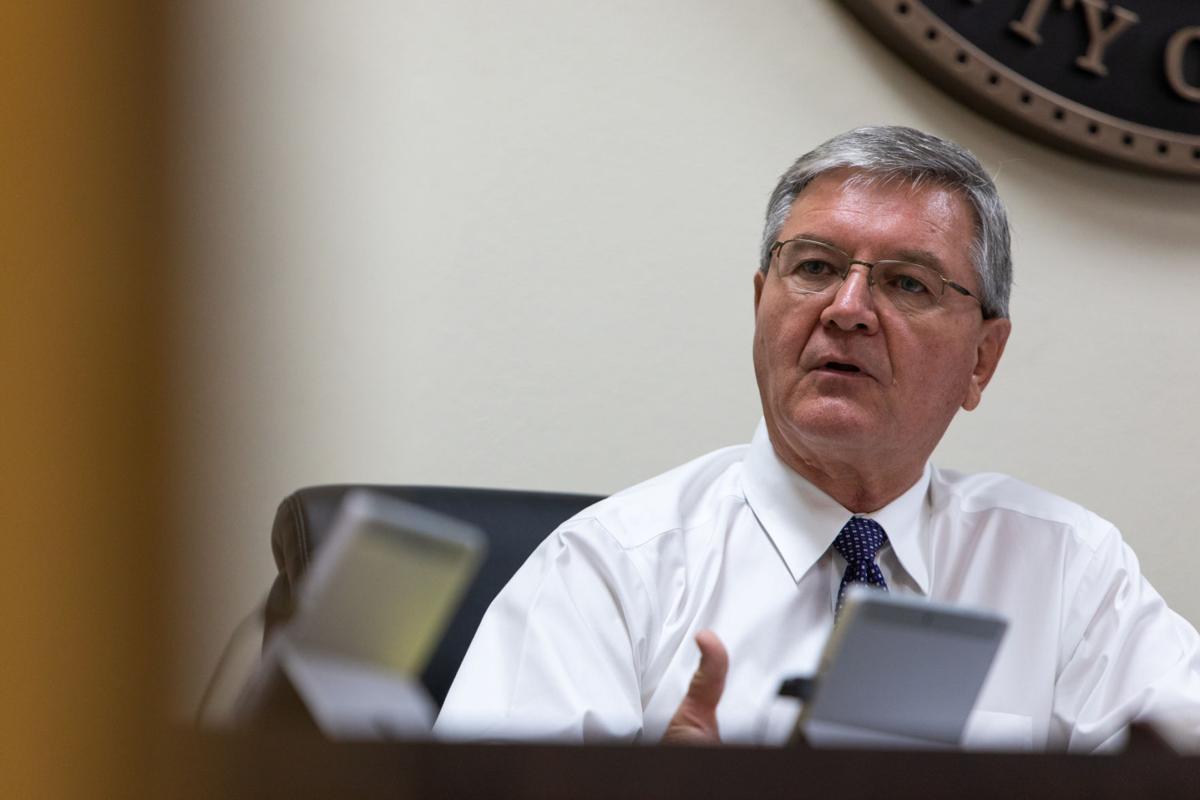 REFUGIO – Refugio County is suing the Texas Association of Counties for $1 million for failing to properly handle its claim from losses caused by Hurricane Harvey.

After Harvey struck the region, Refugio County immediately contacted the Texas Association of Counties and filed a claim on its insurance policy, but, the lawsuit states, the association “improperly denied and/or underpaid Refugio County’s claim.”

Refugio County, like Victoria County, hired the Virtus Group to do remediation and repairs at the recommendation of the Texas Association of Counties. The little-known Kansas-based company, now called Commercial Restoration Company, has become the center of a controversy about whether Victoria County spent Harvey recovery money in the taxpayers’ interests. 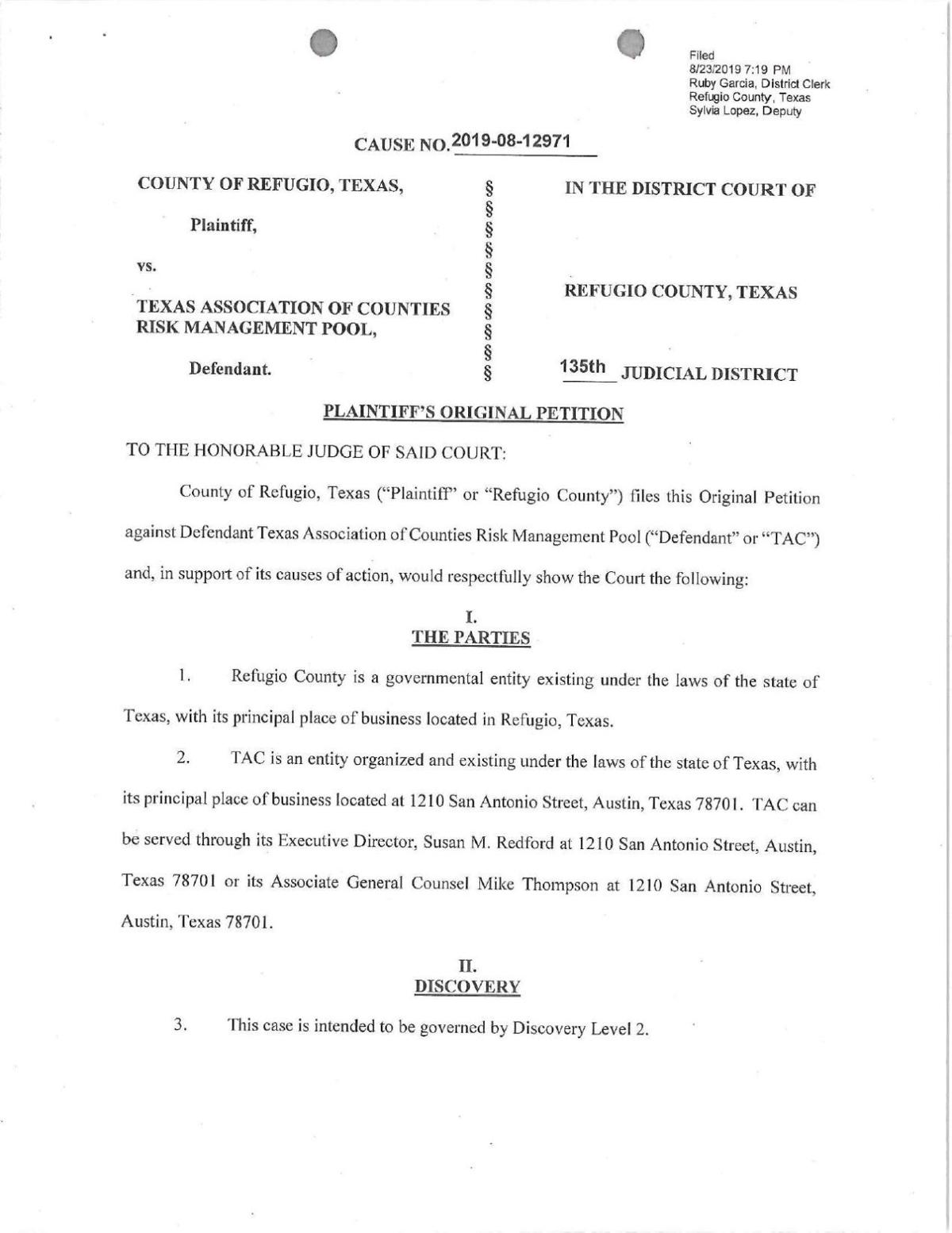 Representatives from the Virtus Group did not return requests for comment Tuesday.

Cary Roberts, the Texas Association of Counties’ media relations officer, said Tuesday he was not familiar with the lawsuit, filed in Refugio District Court, and “generally cannot comment on pending litigation.”

The lawsuit claims the association “breached its contract” with Refugio County by “failing to pay for and by undervaluing otherwise covered damages.” Refugio County Judge Robert Blaschke could not be reached for comment Tuesday.

Victoria County Commissioner Gary Burns on Tuesday expressed his concern about the lawsuit and questioned what it means for Victoria County. Burns has been the sole Victoria commissioner continuously raising concerns about how the county handled the Harvey recovery process, including recently saying the court should consider requesting a Texas Rangers investigation.

“What I want to know is, why are they (Refugio County) ahead of us with this?” he asked.

Burns reiterated his concerns about why Victoria County has yet to provide the public more frequent progress reports about its own review of the work. Commissioner Kevin Janak has been working with a small team to fact-check information and review work done on county buildings after the hurricane but has yet to publicly share any report and has given no timetable for when a report will be complete.

“I can’t understand why these studies haven’t been released and we aren’t moving forward while Refugio is,” Burns said. “We have a bigger situation than Refugio does, and we don’t want to be dragging our feet.”

Victoria County Judge Ben Zeller said in a written statement that he could only comment about Victoria County’s experience with the Texas Association of Counties. He said, “They were fair and responsive in paying for the damage to our many buildings and even gave us an extension to recoup some additional money. I wouldn’t want to go through another disaster like Hurricane Harvey without the Texas Association of Counties in our corner.”

Victoria Regional Airport Commission Chairman Trey Ruschhaupt has been among the airport commissioners questioning the county’s management of post-Harvey repairs. He said he couldn’t comment about the lawsuit because he still has “very little knowledge of what our situation even is.”

“Because we are still waiting for information, I’ll be really interested to see how their suit goes and how it compares to us, and I’m sure other people will be, too,” he said. “Hopefully we’ll have information soon.”

Airport Commissioner Dennis Patillo said he still has the same questions that he’s raised in the past “but now, maybe even more so” because of the lawsuit. He applauded Refugio County’s actions.

“I congratulate Refugio for taking this step if they feel they were mistreated,” he said. “It is the public’s money we are handling, and matters need to be taken seriously.”