Victoria City Council appears ready to approve an ordinance aimed at the homeless that would, if approved, make it an offense for anyone to camp in primarily residential areas or designated historic districts.

The issue first arose at a meeting in mid-July when Councilman Andrew Young described a woman with a mental condition camping in the affluent Old Victoria neighborhood despite efforts to help her and encourage her to move elsewhere.

At Tuesday’s meeting, the council is scheduled to hear the second and third readings of the ordinance.

The topic has sparked support and criticism from both residents and city officials. At the Aug. 6 council meeting, more than 10 members of the public spoke about the ordinance, almost all of them in opposition, saying the ordinance isn’t the best way to address homelessness. 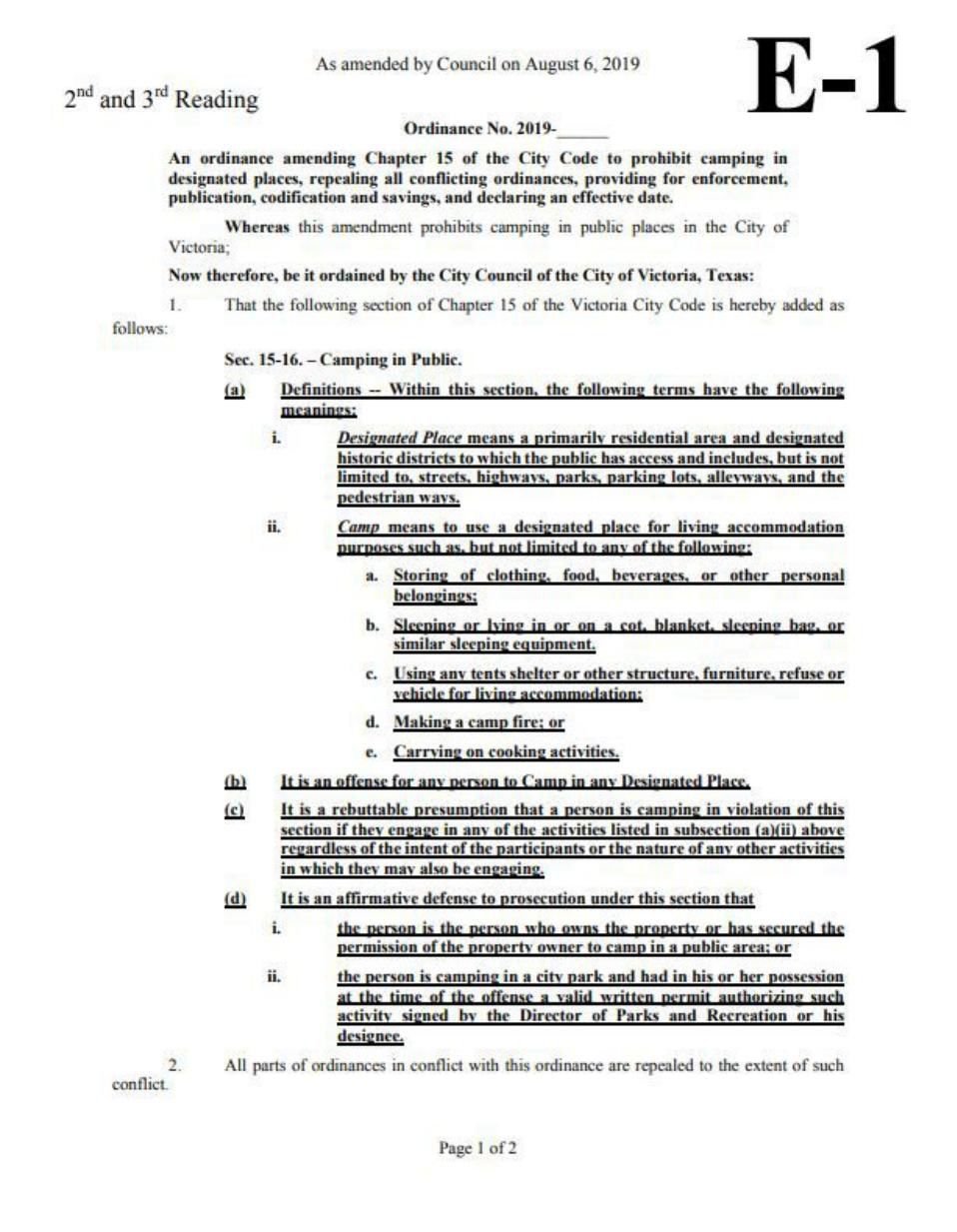 At that meeting, the council amended the original proposed ordinance – which would have prohibited camping in all public places in the city – to address only primarily residential areas and designated historic districts.

City officials are creating a map that defines where camping would not be allowed. Asked for the map Friday, City Manager Jesús Garza said it would not be public until Tuesday’s meeting.

A first reading of the amended ordinance passed 4-1 on Aug. 6, with Mayor Rawley McCoy voting against it. He said he thought the city should spend more time hearing from different groups that work with the homeless to understand the issue.

McCoy pointed out that the ordinance could force police to take the homeless to jail and, in most instances, return them to the streets within 24 hours.

“I really have an issue with supporting an ordinance that’s going to create a revolving door, and not truly solve the problem,” he said.

“This isn’t an ordinance to solve homelessness; that’s not what this ordinance is,” Bauknight said. “There’s much work to be done on that. But this protects the citizens in our community and gives the police a tool to get these people to move along to a different area.”

“To move them where?” McCoy asked.

If both the second and third readings are approved by the Council on Tuesday, the ordinance will become effective after 10 days.

A terribly sad and troubling situation played out during the past several months in the Old Victoria neighborhood.