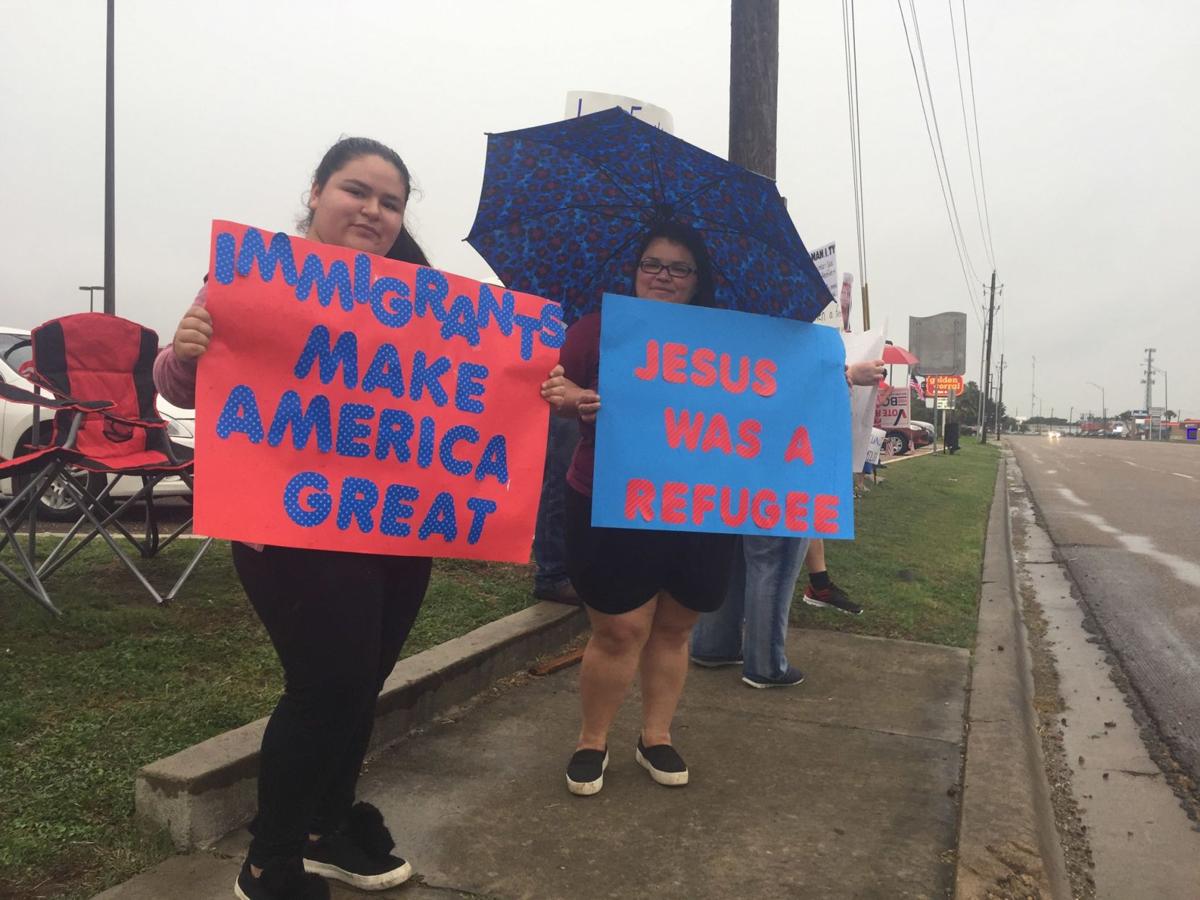 Victoria residents Madyson Helton and Robyn Helton protest against the separation of migrant families on July 4 near 5108 N. Navarro St. 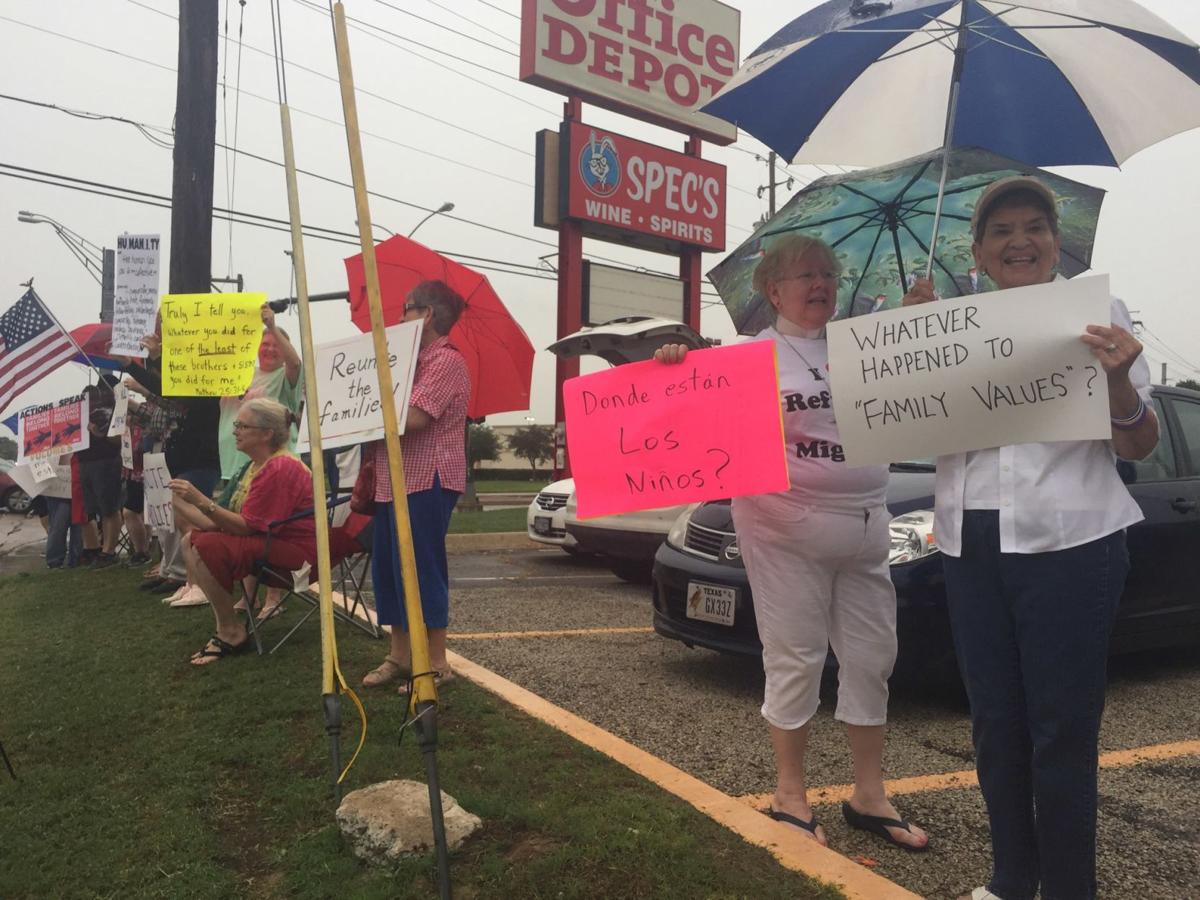 Victoria residents Tina Kidder and Rev. Cheryl Kester-Schmidt hold signs protesting the separation of migrant parents and children. Both women spent the evening of July 4 at a rally near 5108 N. Navarro St.

Armed with umbrellas and ponchos, about three dozen people spent the evening of Independence Day waving signs along N. Navarro Street in protest of the Trump administration’s short-lived policy of splitting up families who entered the country illegally.

As rain soaked their signs and clothes, Victoria residents at the rally said they wanted to raise awareness for immigration reform and demand that children taken from their parents be immediately reunited. People of all ages – ranging from one small child to seniors – gathered at the protest, which was organized by members of the Unitarian Universalist Church of Victoria.

“This is not the American way — to take babies away from their mommies and daddies,” said Victoria resident Mary Helen Pena, who said she attended the rally because breaking up families goes against her Christian values.

The Victoria rally is among hundreds of protests across the nation that occurred in the weeks since the Trump administration announced a new “zero-tolerance” policy that would criminally prosecute every adult who illegally crossed the border. That led to the separation of about 2,500 migrant children from their parents, of whom about 500 have since been reunited, the Texas Tribune reported.

After facing uproar from both Democrats and Republicans, President Donald Trump signed an executive order that said families should not be separated – which could mean the administration plans to detain migrant families together.

Then last week, a federal judge in California ordered that children taken from their families be returned within 30 days, or 14 days if under age 5.

Some Victoria residents at the July 4 protest said their biggest concern was ensuring that children are immediately reunited with their families – including Rev. Cheryl Kester-Schmidt of Christ the Victor Lutheran Church, who held a sign that read, “Dondé están los ninos?”

“Where are the little girls? Where are the toddlers?” said Schmidt. “How are we going to get (families) back together?”

Other Victoria residents said they rallied in support of immigration reform.

Victoria-native Jonathan Berry called on the nation’s leader to examine why some people weren’t using legal immigration routes in the first place – a process that can be tedious, expensive and extremely lengthy, he said.

“How do we solve it?” Berry asked. “By immigration reform.”