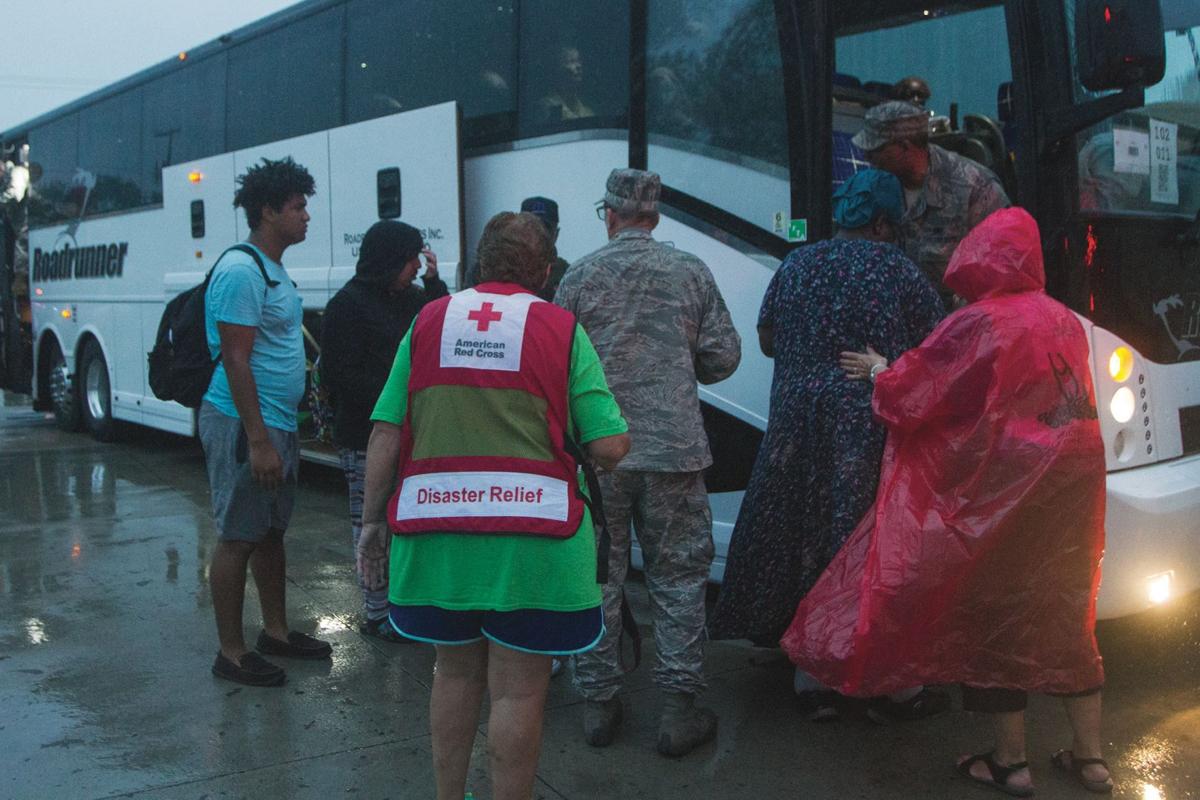 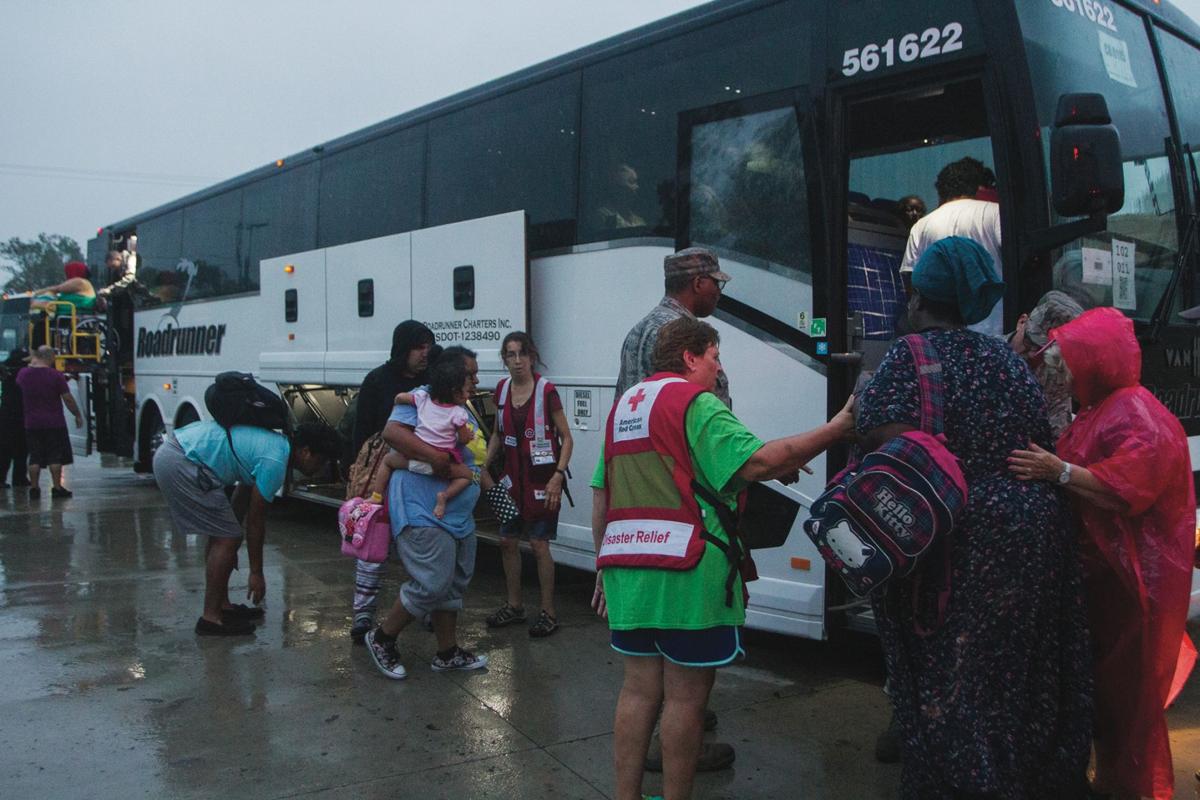 An American Red Cross reorganization two years ago led to its lackluster response to Hurricane Harvey in the Crossroads.

The CEO for the region, Debra Murphy-Luera, offered a mea culpa recently to DeWitt County after the county's emergency management coordinator, Cyndi Smith, lashed out via email.

Emails between Red Cross, Smith and other emergency management coordinators in the area were obtained by Propublica, a nonprofit news organization that investigated Red Cross' response to superstorm Sandy in 2012, via an open records request.

Propublica shared the emails with the Victoria Advocate.

When asked whether Red Cross was stretched too thin, DeWitt County Judge Daryl Fowler said, "I'm not going to put words in Ms. Murphy-Luera's mouth, but I think she came close to admitting that - that there was a lack of volunteers locally and that they probably needed to do a better job in the recruitment of volunteers."

In January 2015, the Red Cross chapter that serves the Crossroads merged with another based in Corpus Christi, more than doubling the territory it serves. The Victoria chapter previously served eight Crossroads counties.

Officials said then that combining the 19 counties would enable Red Cross to assist those affected by disaster while reducing overhead costs.

Omar Rachid, a board member during that time, remembered Red Cross was a more visible and integral part of the community when Linda May was at the helm in Victoria from 2005 to 2014.

It hosted an annual fundraiser where attendees would dress up like characters from the TV show M*A*S*H, listen to live music, eat and bid on items in the auction.

Current Red Cross volunteer Bill Pozzi said that number has dwindled to 15, many of whom dealt with damage to their homes after the hurricane.

Red Cross officials in Corpus Christi did not respond to Advocate requests for an interview.

In DeWitt County, Fowler ordered residents who lived in the flood plain of the Guadalupe River to evacuate to the Cuero Intermediate School on Aug. 24.

"I can't remember if they (the Red Cross) were actually there at this particular meeting or not, but they became noticeably absent somewhere along the way, and the superintendent began to raise concerns about not having the school ready for use," Fowler said.

He said the district scrambled to assess whether the school was safe, clean and powered.

Another major hurdle was providing supplies and manpower.

Fowler said after he learned Red Cross had left supplies meant for Cuero at the Victoria Regional Airport, "our people put themselves at risk to go down there" the night of Aug. 25 to get them.

They drove an 18-wheeler back as "winds on the coast were hurricane-strength and approaching 40 mph in Cuero, which is the cut-off wind speed for state resources," he said.

Red Cross eventually sent two volunteers, Fowler said, and "that was certainly inadequate to handle the number of people" at the shelter, which at its peak held 300 people.

In a statement to Propublica, Red Cross said all parties in DeWitt County were at fault.

The nonprofit said it had planned for the shelter in Cuero to open Aug. 26, not Aug. 24, and getting supplies to shelters in the days after Harvey made landfall was difficult because of historic flooding.

"As context to the singular focus on the shelter at the Cuero Intermediate School, this shelter is but one of nine shelters opened by the Coastal Bend chapter within the Texas Gulf Coast Region over a 36-hour period, during tropical storm force wind and driving rain," the lengthy statement read.

Emails between Red Cross and emergency management coordinators show there were problems at other shelters, too.

Sept. 8, a Homeland Security official wrote in an email, "I was just informed that a volunteer (school board member in Bloomington) from the ARC locally is trying to get Bloomington ISD to sign a letter acknowledging that the ARC has returned the shelter to previous condition. The school is refusing because the shelter has not been cleaned, there is feces and blood and cots everywhere. Something to the effect that they want to have ARC look good."

The Red Cross did not open a temporary office in Port Lavaca as it did after Hurricane Claudette in 2003, LaDonna Thigpen said.

Goliad's emergency management coordinator, Christy Bear, knew to call Red Cross employee Debbie Ellsworth, who was in Houston, so Bear asked the Red Cross in San Antonio and other charities for help, and some came through.

"I can't blame Red Cross for not having something for my people. I can't blame anybody but myself," Bear said.

Although he usually inspects shelters, he was at the Victoria Emergency Operations Center during the hurricane. There, he recommended Mark Longoria, a pastor at Faith Family Church, take on some disaster relief responsibilities that he didn't think fell to Red Cross.

"I mean, that guy has more irons in the fire than you can shake a stick at," Pozzi said.

With Hurricane Harvey behind them, officials are reluctant to criticize Red Cross.

Fowler, for example, hoped the tension lessened after the Sept. 25 meeting with Red Cross' Debra Murphy-Luera.

Fowler understood why the superintendent was stressed.

The district also opened two other shelters, one for its own employees and one for first responders.

"The school system is overburdened with debt service, and being that they are still considered a wealthy district because of the presence of the Eagleford Shale, they've been subject to the recapture of funds, keeping their budget in havoc," Fowler said.

Fowler said the shelter agreement must be renewed in April.

"With that out there looming, it makes no sense to infuriate or antagonize the school superintendent or the school board and have them withdraw," he said.

"When we had our last meeting to scale down the level of our emergency operations center - and sorry, I get so choked up when I think about it - he said, 'Nobody lost their life in DeWitt County, and that's the overriding blessing, and along the way we found the grace to continue to communicate and do what was required of us to get over our differences.'"

But, Rachid said, for some, the disaster is far from over.

"The response locally has been haphazard," he said of the Red Cross.

Rachid said some residents either haven't heard about the $400 Red Cross is offering or they don't understand why they have been denied.

Hollie Greenwald falls somewhere in between.

Her application with Red Cross has been pending since Sept. 25 after she sent copies of her driver's license and lease agreement to prove her application's legitimacy.

Greenwald, 34, and her wife have been living in a motel in Karnes City, more than an hour away from their Victoria fourplex that is now in shambles.

Although they don't know when they can move back in, the FEMA assistance that allows them to live at the motel ends Oct. 10.

As they wait for Red Cross' $400, their savings are dwindling as they drive to and from Victoria to work and to visit their 15-year-old daughter and sickly mother and mother-in-law. If Greenwald's bank account bottoms out, she worries she won't be able to see them or get the training she needs in order to accept a job at Caterpillar.

She has been an emergency medical technician for years, while her wife is in school to get a job in the same field.

Greenwald can't help but question whether Red Cross is really helping those in need.

American Red Cross volunteers will be available in Victoria, Rockport, Gregory and Port Aransas through Tuesday to help residents register for its financial assistance program.

Through the program, the Red Cross is providing emergency assistance in the amount of $400 to qualified households in Texas directly impacted by Hurricane Harvey. Registration for this program ends Tuesday.

Volunteers will be available at the following locations:

Go to redcross.org and fill out the form. Those affected by Hurricane Harvey must register before Oct. 10. If your application is denied or you are not sure what to do next, call 1-800-RedCross.

The American Red Cross was founded in 1881.

It is not a federal entity, but it has a federal charter that requires it to carry out the following responsibilities:

• To fulfill the provisions of the Geneva Conventions, to which the United States is a signatory, assigned to national societies for the protection of victims of conflict

• To provide family communications and other forms of support to the U.S. military

• To maintain a system of domestic and international disaster relief, including mandated responsibilities under the National Response Framework coordinated by the Federal Emergency Management Agency.

Debra Murphy-Luera pulls up to a parking spot at a Stripes convenience store and gets comfortable in her car.