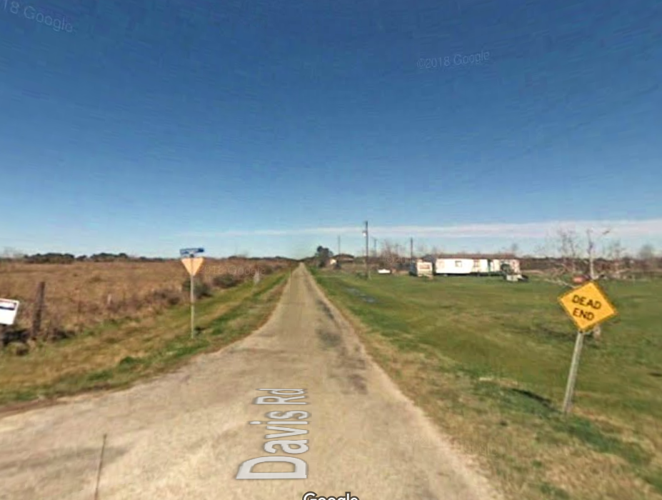 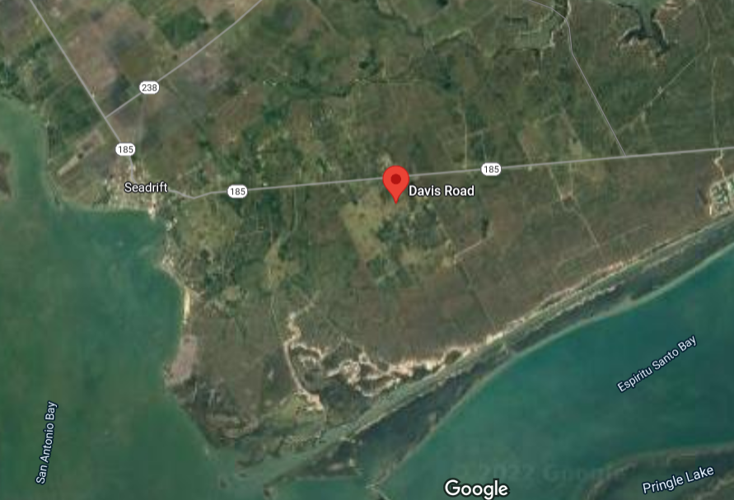 Davis Road is about 5 miles east of the city of Seadrift in Calhoun County.

One person was killed and another was injured after a house fire was reported Friday morning outside Seadrift.

A man made it out of the burning home on Davis Road and was sent to a Victoria hospital with internal and external injuries resulting from smoke and the fire, said Calhoun County Sheriff’s Office Chief Deputy Johnny Krause on Friday afternoon.

A woman did not survive, he said, adding a dog also was found dead lying near her inside the home.

The house was destroyed by the fire.

“It’s a total loss,” Krause said. “It got so hot, it warped the metal frame of the home.”

The man and woman appeared to have been sleeping at the time of the fire, he said. After the man escaped the burning home, he began banging on neighbors’ doors for help.

Davis Road is a rural roadway about 5 miles east of the city of Seadrift.

Many details about the fire, including the names and ages of the people killed and injured, were unavailable Friday. Krause said he was unsure whether next of kin of the deceased had been notified.

The fire remained under investigation Friday, and an autopsy will likely be requested, Krause said, adding it was too soon to tell whether foul play was involved in the blaze.

“Most people who expire in house fires do so because of smoke inhalation and heat before the fire gets to them,” he said. “Autopsy results should show the condition of her inner lungs at the time of death.”

A combination of fire and weather claimed a home Friday morning at 3501 Cedar St.