After several months of discussion, the Calhoun Port Authority adopted bylaws on Wednesday for the first time in its history.

Before the approval of bylaws, the board had nevertheless passed resolutions regarding how long the chairman serves, board members’ compensation and the circumstances in which the public can address the board.

It has been governed by the special district local laws code since the port’s creation by the Texas Legislature in 1953.

At Wednesday’s meeting, Luis De la Garza was the only board member to vote against adopting the bylaws, a decision he said he made solely out of principle because he wanted to eliminate the monthly retirement compensation that board members can choose to receive from the port.

The Calhoun Port Authority gives members the option of having $125 deposited into a retirement or deferred compensation plan.

None of the other 24 Gulf Coast ports surveyed in 2018 by the Victoria Advocate have monthly retirement benefits. 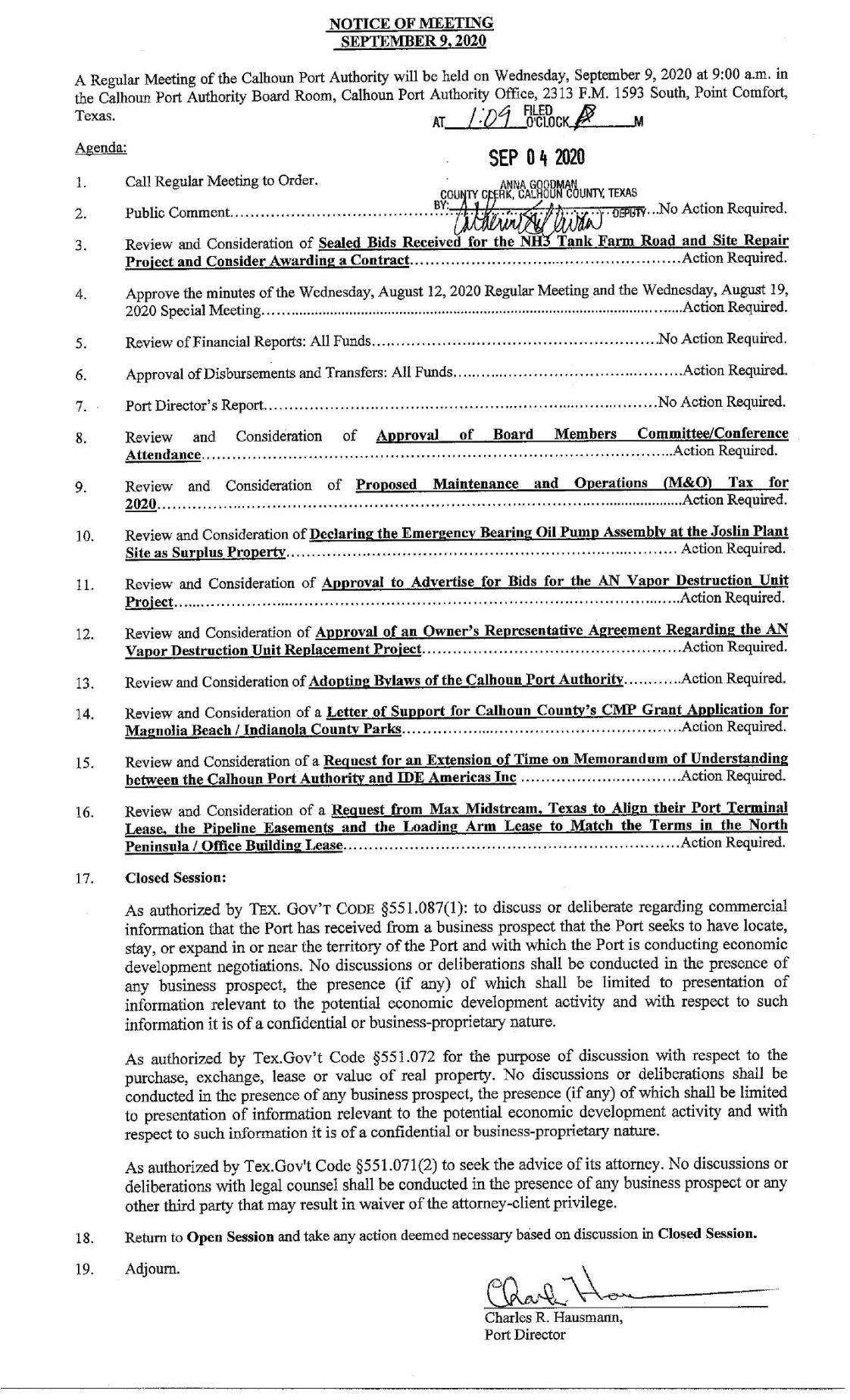 De la Garza has advocated doing away with the retirement since he was elected to the board May 2019.

On Wednesday, board members were given two options on how to proceed with the retirement plans in the bylaws.

The first would have kept the retirement plan in place, as well as the option for board members to opt out of the plan, as De La Garza and Jasper “Jay” Cuellar have done.

The second option would have eliminated the plan on Oct. 1.

Board members ultimately decided to approve the bylaws with the retirement plan intact.

While De la Garza said he was not happy with the choice, he said he is happy about getting bylaws established.

“One of the platforms that I ran on was to get bylaws in place,” he said. “It is something I feel like the taxpayers deserve — for us to have these guidelines and standards.”

De la Garza and Cuellar volunteered to largely take on the task of writing the bylaws, which board members discussed at several different meetings. De la Garza said the bylaws that the Port of Corpus Christi and Port of Houston have in place served as inspiration.

Cuellar said he wouldn’t characterize the bylaws as perfect but said they are a good start.

“As we’ve gone through and made revisions and worked through everybody’s pain points, we’ve got something we can stand behind,” he said. “In the future, we can make improvements to this and make them better. I see this as a living document. We need to go back to it and review it often and make sure it is still relevant on a regular basis.”