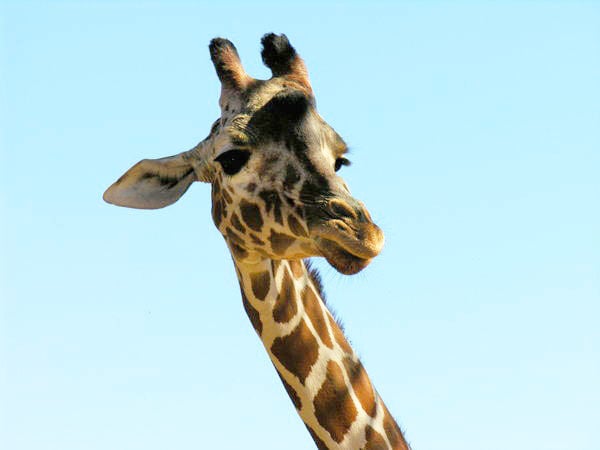 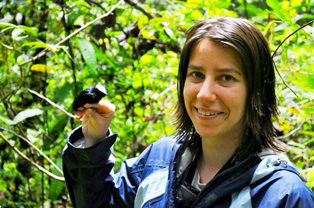 The column this week will be a little different – an invitation for readers, especially the hunters and fishers out there, to share your thoughts on a question I have been thinking about since college. It’s a topic that keeps popping up in the media again and again, most noticeably with Cecil the Lion but repeatedly since then as well. So here it is, the question in two parts:

1. Can hunting (or fishing) play a part in wildlife conservation?

The reason I started thinking about this again was because this past weekend, I read a news article about an American woman, Tess Talley, who traveled to Africa to shoot a giraffe in a trophy hunt. The photo of this woman, standing next to this downed mountain of an animal with her rifle in hand, went viral and received immense amounts of backlash. Initially, some of the uproar was because the giraffe in question had a darker hide than normal and was being called a rare black giraffe. I didn’t research it too heavily, but it seems like the hunted animal’s coat color was largely because of age (with older individuals becoming darker). But that, I think, is beside the point. Once the photo went viral, the hunter would’ve received backlash regardless of the animal’s coat color. It was enough that it was a giraffe, and she killed it.

A few facts: While it’s not legal to hunt giraffes everywhere, this particular hunt was perfectly legal.

Talley and the hunting company she worked with in Africa both say the trophy fee (about $2,000-$3,000) stayed in the local community.

The overall giraffe population in Africa has declined as much as 40 percent since the ’80s and is predicted to keep declining in the future.

In college, I took a course called Ethics of Conservation, which was easily one of my favorite courses. It covered everything from how we think of wildlife and natural areas, to bioprospecting to ecotourism. And, yes, there was a big section on trophy hunting in the middle, too. As with all other topics, my professor was very good at selecting readings and examples that highlighted both sides – those in favor of hunting for conservation and those against. As a result, I have a well-rounded view (I think). I see both arguments.

Responsible hunters are very careful to follow bag limits, quotas and other restrictions that limit them to manageable take. Tess Talley was, all evidence suggests, very careful to select a company in an area of Africa where it was legal to shoot giraffes. She even took an individual that was not, or so she claims, contributing to the breeding population (although I don’t know if there’s solid proof of that). If done correctly, a large part of the trophy money does stay in local communities and provides jobs and a source of income for residents, either as part of the hunting company or working in the mini-lodges and tourist shops that support guest hunters. Theoretically, in an ideal world, this would mean that locals would be less likely to feel inclined to develop wildlife areas or poach game unsustainably. Why go out and shoot all the giraffes yourself for your own subsistence when you can make more money and secure a better livelihood, hosting hunters who shoot maybe one or two at a time? Whether or not the money does contribute to local communities is another question, cases of corruption being common, but that’s the best-case scenario.

Hunters also say they enjoy spending time in nature, they respect the animals they take, and they have a personal and deep connection with the wild areas that still exist. They also often involve their children in the activity – embedding a love for the outdoors in them at a young age. I have a friend who entered the world of conservation biology only because of his childhood hunting experiences, or so he says.

On the other hand, to the nonhunter, it all seems a little contradictory. If you love something, say giraffes, why do you then kill it? Why not just donate the $2,000 dollars directly to one of the many organizations that work to preserve giraffes or giraffe habitat? This question cuts a little more sharply when it’s a known fact that giraffes are indeed declining across the African continent. They aren’t our mallards or wood ducks: they are big, charismatic mammals that are dropping in number and will continue to drop in number in the future. For a lot of the angry people commenting on the photos of the dead giraffe, it is impossible to make the connection between wildlife conservation and the dead animal center frame. They read Tess Talley’s comments about how magnificent a creature the giraffe is and don’t believe her. Again, how can you call something magnificent and mean it, and then put a bullet through it? How can you claim to want to save or conserve something, and then reduce it to meat?

I’m not a hunter myself, and I don’t come from a hunting family. I caught a sunfish once when I was a kid and that’s about the extent of my fishing. We even put it back. But like I said, I can see both sides of the conservation/hunting debate and have no problems with hunting myself. More than that, I am very interested in the questions that situations like this bring up.

If you have an opinion, a perspective, an insight into the world of hunting and conservation, I’d love to hear it. Shoot me a line at eshelly@gcbo.org with your thoughts.

Emma Shelly is the Education and Outreach Manager of the Gulf Coast Bird Observatory. The GCBO is a nonprofit organization dedicated to saving the birds and their habitats along the entire Gulf Coast and beyond into their Central and South America wintering grounds.

Each year, birders lament the hot months toward the end of summer as birds are not as plentiful and the temps soar. But as always, in nature, …

Did you go to the outdoor concert hosted by Victoria College?