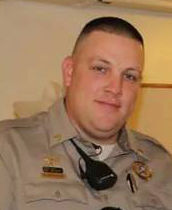 Community members in Matagorda County are either rallying for or against two law enforcement officers fired for comments made on a heated social media post.

A discussion on Facebook about a white Ferguson, Mo., officer not being indicted for shooting a black teenager turned ugly when a Matagorda County Sheriff's deputy called a black woman poster "ignorant."

Former deputy Sgt. Robert Heckler said the woman, Tylyrial Smith-Harris, of Bay City, and two others made comments that he was racist because he supported the ruling.

"Your level of ignorance and lack of common sense is deafening," he responded, telling the women to find a brick wall to bang their heads against. "You three ... are a disgrace to society, your race, your jobs, your country."

A Bay City police officer also chimed in, posting a meme that Smith-Harris took as a threat, said Jason Abernathy, a spokesman for Smith-Harris.

Bay City employee guidelines prohibit harassment of any kind. The city will take appropriate action swiftly to address any violations, according to the policy.

Mia Hargrove, a former Bay City resident leading the effort to reinstate the officers, said Guajardo was initially cleared of any wrongdoing after an internal investigation but was later fired for insubordination.

Officials with the Bay City Police Department declined to communicate with the Advocate about the incident.

An open records request for information about the incident was submitted Monday.

Heckler also was cleared of allegations that he posted comments that were found to be threatening or racially motivated but was fired for violating policies and core objectives, according to a statement released by the sheriff's office.

A spokesman for the Matagorda County Sheriff's Office said any information about the incident would have to go through an open records request.

Supporters of the officers, however, are crying foul, saying the punishment doesn't fit the crime.

"He should not have posted that - let's get that straight right now - and he feels the same," said Patti Lyles Ward, Heckler's mother-in-law.

Ward and Hargrove have taken to social media to garner support for both officers.

A public Facebook page hosts 160 members in support of both officers; an online petition is being circulated that demands the reinstatement of the officers, and a gofundme.com account was created to help the officers financially.

"This whole thing was blown out of proportion," she said.

Michelle Winterroth, of Laredo, who grew up with Guajardo, said she's a great officer.

"Firing a good officer only gives these criminals the upper hand and brings down the morale for other great officers who are only trying to do their jobs," Winterroth said.

Smith-Harris and other supporters who fought for the firing of both officers declined to comment, but through a spokesman, they said termination was the only form of justice acceptable in the incident.

Heckler worked for the sheriff's office about 18 months, and Guajardo was employed with the police department for five years.

"From the community level, it feels like mob tactics are being used, and people need to be concerned about that side of it. The mentality of 'do what we tell you to do, and no one will get hurt' just reeks of mobster days and extortion tactics, and in my opinion, this is what happened to both Robert and Maria," said Mary Heckler, of Bay City, a relative of the former deputy.

"A group of people went to the chief and the sheriff, and threatened protest ... Is that not considered extortion?"

After the initial decision to reinstate the officers, Smith-Harris and other protesters met with the sheriff and the police department officials in closed-door meetings. The meeting, Ward said, came before a scheduled protest was set to take place on the county's courthouse steps. Quanell X, a self-described leader of the Black Panther Nation, was set to lead the rally.

Shortly after, both officers were fired.

• Forms of nonverbal harassment include distribution, display or discussion or any written or graphic material that ridicules, denigrates, insults, belittles or shows hostility or aversion toward an individual or group because or national origin, race, color, religion, age, gender, sexual orientation, pregnancy, body disability or appearances, gender identity, martial or other protected status.