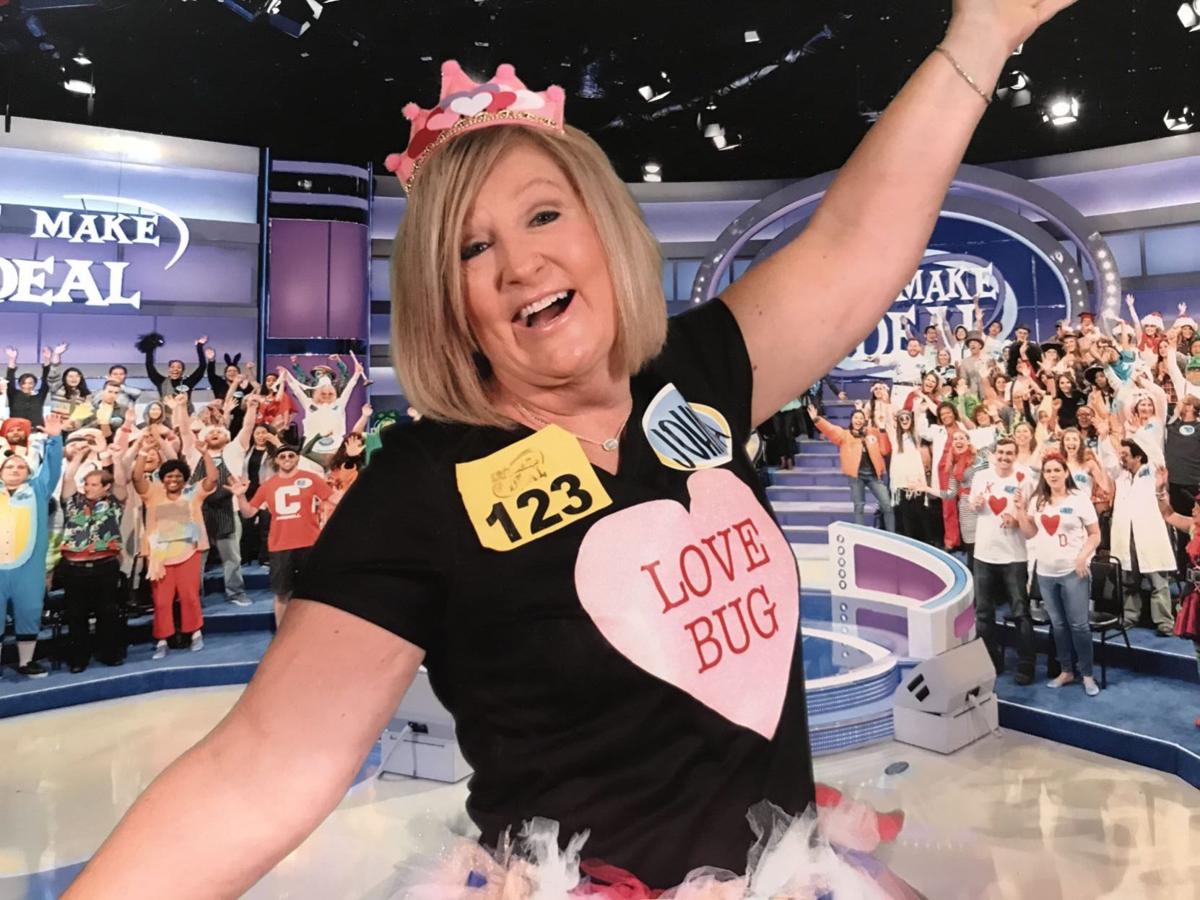 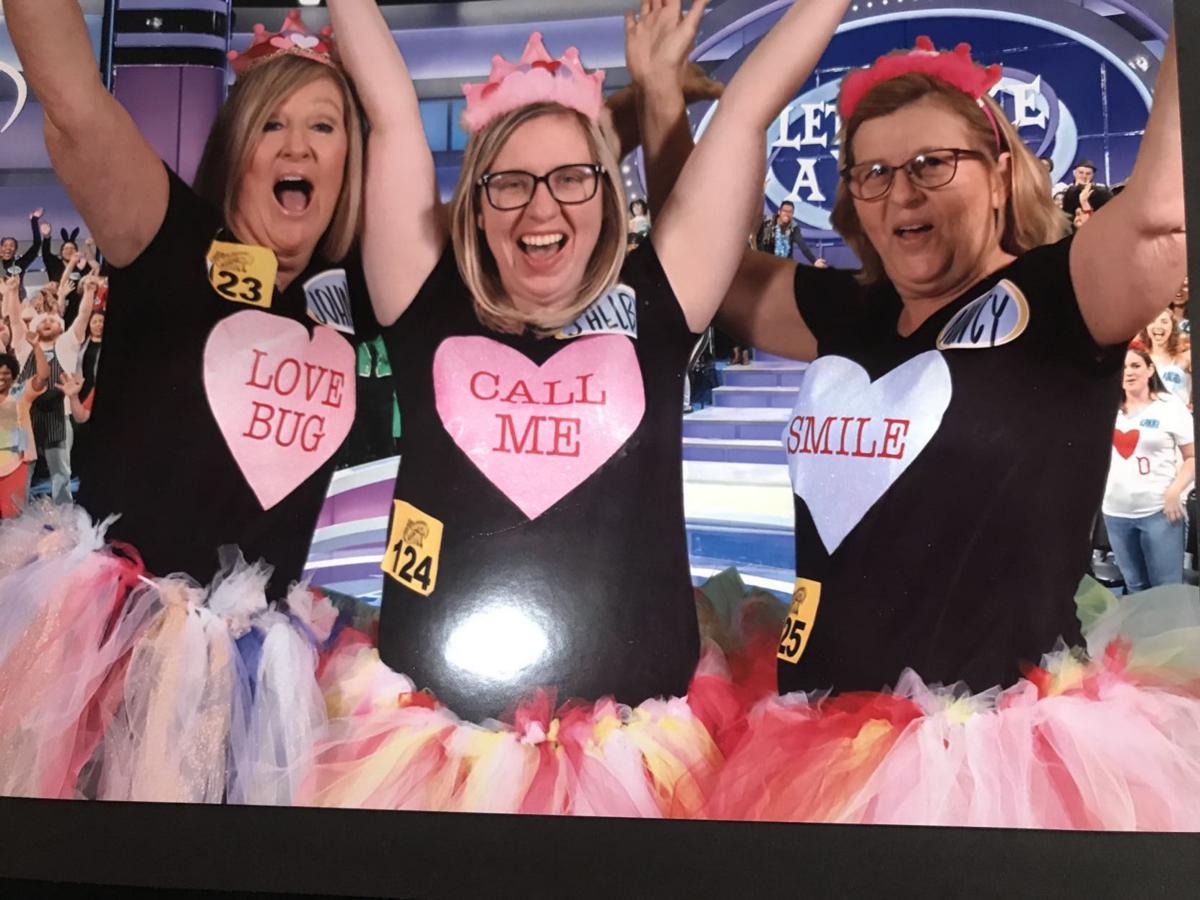 When Johnna Neskora, 55, heard Wayne Brady, the host of “Let’s Make a Deal” call “Love Bug,” she was overcome with excitement.

As a child growing up in Moulton, Neskora watched game shows such as “The Price Is Right” and “Let’s Make a Deal”, and her dream was always to one day be a contestant on one of them.

Her dream came true last summer on a vacation to Los Angeles to attend a Paul McCartney concert. She was selected to be a contestant on an episode of “Let’s Make a Deal” that will air at 2 p.m. Tuesday on CBS.

Neskora stood in line for several hours with her sister, Nancy Randolph, and her niece, Shelby Randolph, to be a member of the show’s audience. She silk-screened pink or white sweetheart candies that read “Love Bug,” “Call Me” and “Smile” in red letters on each of their black T-shirts. She pieced together multi-colored tulle tutus and made colorful crowns to add more whimsy to their ensembles.

“It’s an all-day affair,” Neskora said about the process to be an audience member.

About 200 people gathered with Neskora and the Randolphs for an opportunity to be in the audience as well as a chance to be selected as a contestant. They were interviewed and photographed as they waited.

“They asked questions like: Where do you live? What do you do in your spare time? What is your favorite part of the show?” Neskora said.

Neskora and the Randolphs then were bused with numerous others to the CBS studio for the show.

“When they were not airing and they were getting ready to do the next game, they told us to get up and dance and be happy,” she said.

Neskora, who lives between Yoakum and Victoria, did not think she would be selected and planned to wear her cat costume to a second taping while she was in Los Angeles.

She did not know she had been selected to be a contestant until she heard her sweetheart candy name called, and then she was so surprised that she became discombobulated and anxious.

“You’re supposed to stand on the star beside him (Brady), and I couldn’t find the star,” Neskora said. “I was going to say I was from Moulton, but then I thought I said I was from Victoria. My sister told me later that I just said Texas.”

In honor of Valentine’s Day, Neskora’s game was formatted like the old television series, “The Dating Game.” Brady sang clues about one prize while announcer Jonathan Mangum divulged clues about another. Neskora thought one prize sounded like a dune buggy and the other a bedroom set.

Did she win? Or did she get zonked? Those curious about the outcome will have to tune in to find out.

“I told my sister afterward ... I won’t bother her to go to any more game shows,” Neskora said.

She did not get to wear her cat costume. Contestants have to wait three years before they can be contestants again.

Neskora checked off one of the items on her bucket list, and she and her family have planned a watch party.

When Neskora recently bought a new car, “Let’s Make a Deal” was playing at the dealership.

“I told the girl sitting there that I was on the show,” Neskora said. “She probably thought I was crazy – she wasn’t on that game show.”

WHAT: "Let's Make a Deal," with local contestant Johnna Neskora