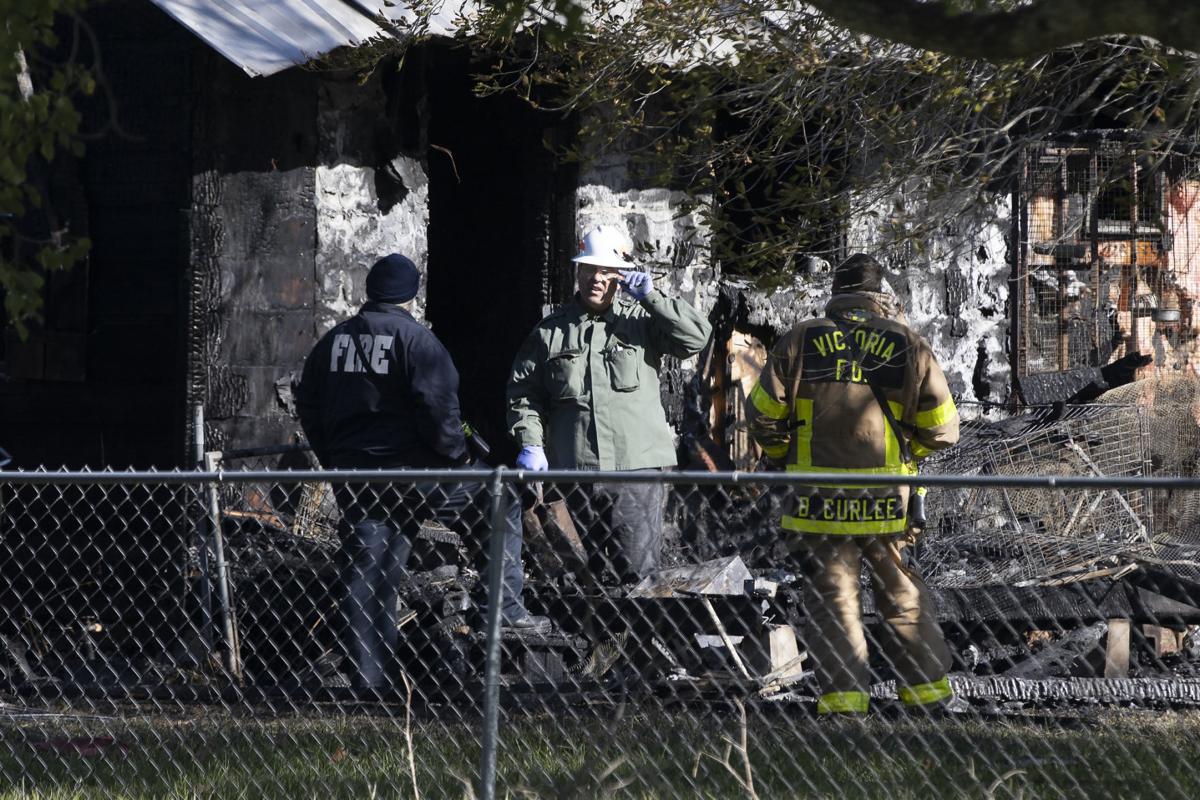 Investigators process the scene of an early morning fire that killed a 70-year-old Victoria woman. Officials suspect a heat lamp as a cause. 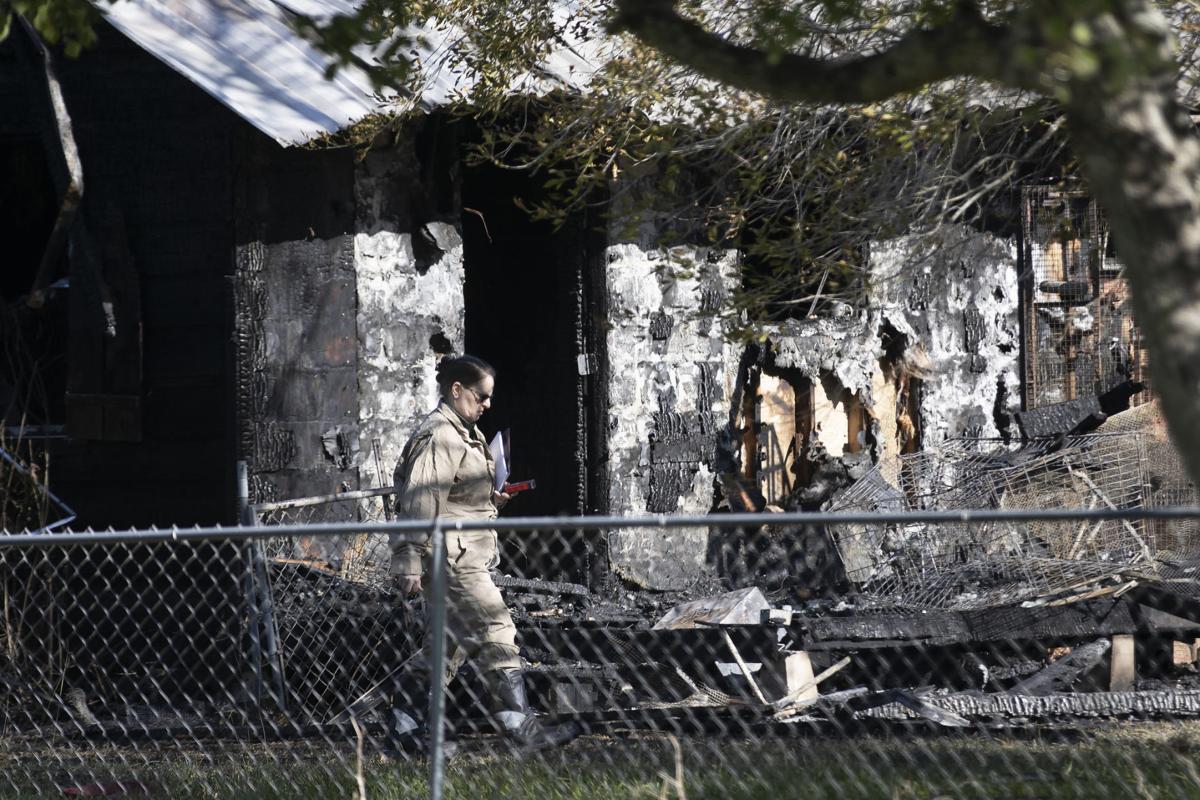 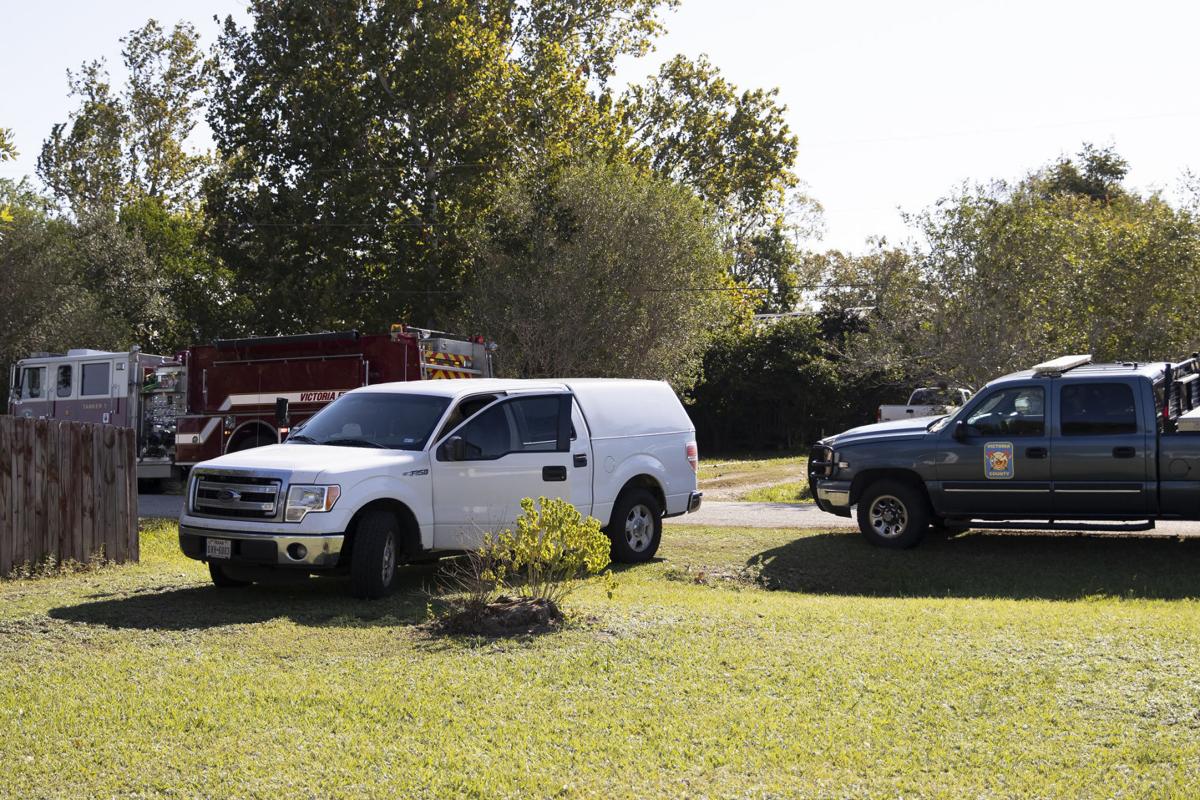 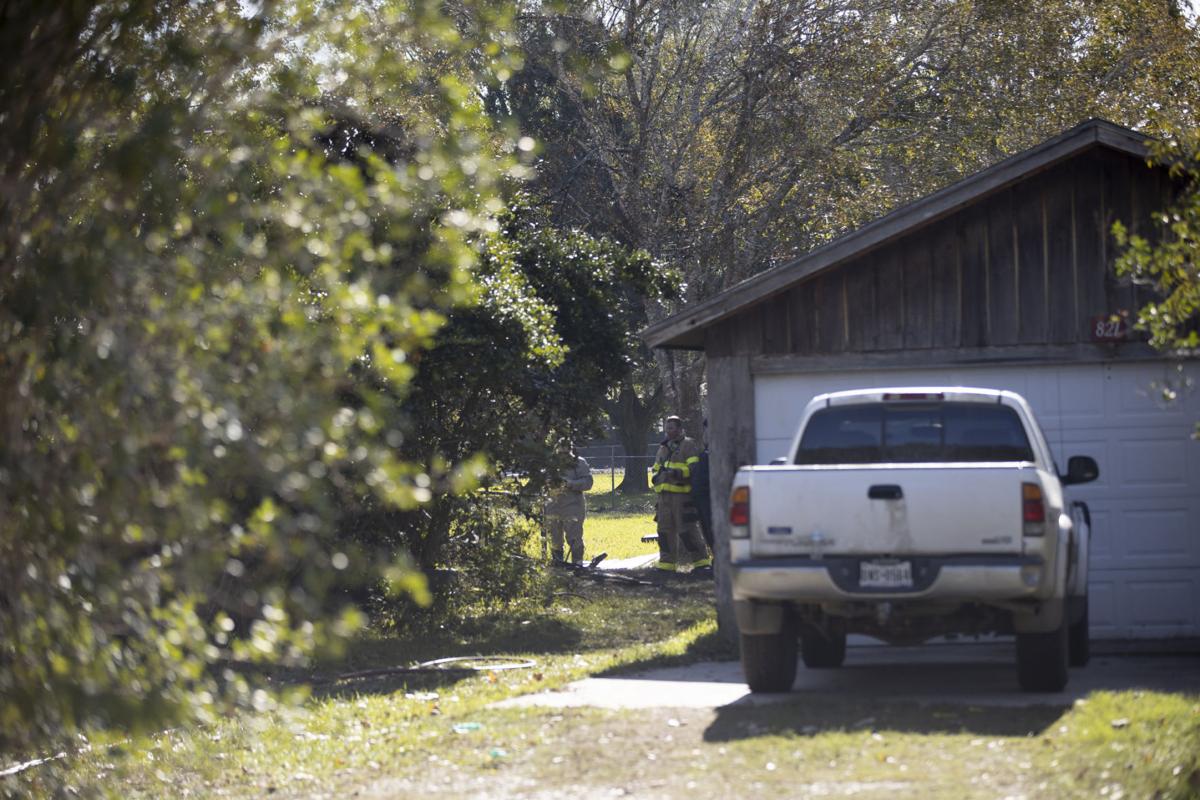 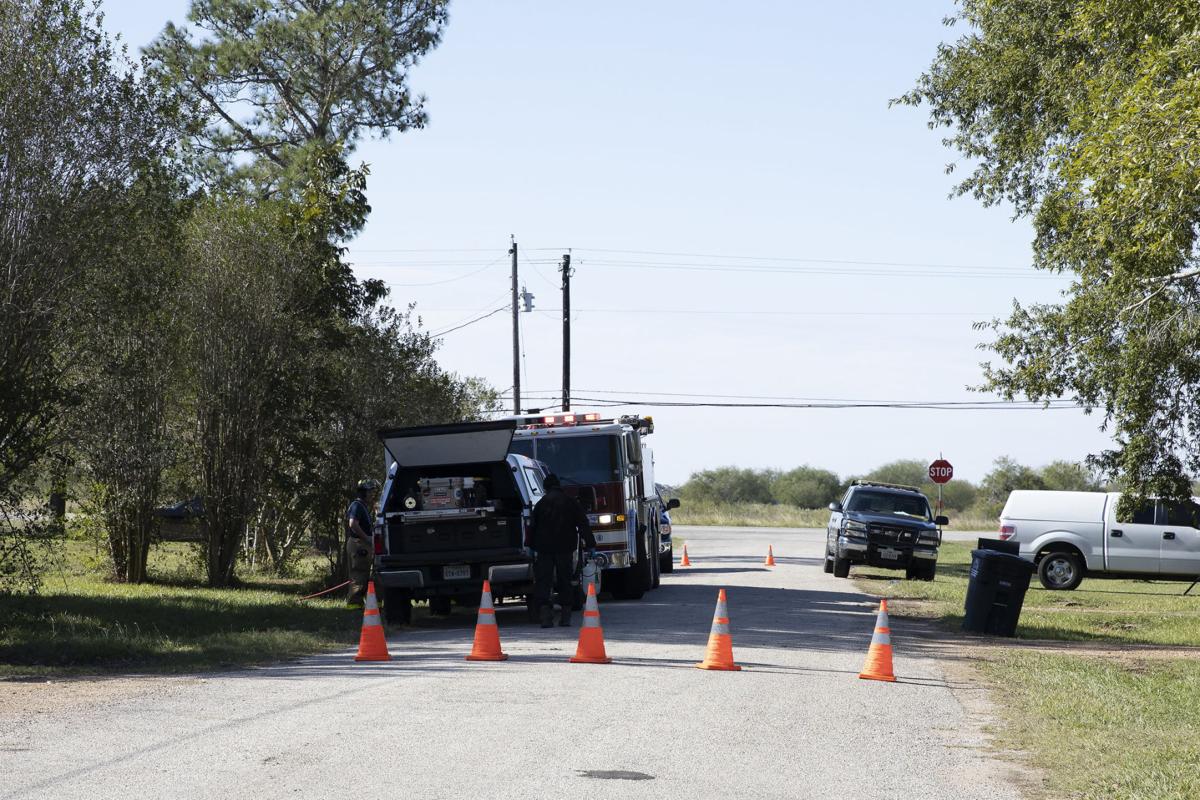 Investigators process the scene of an early morning fire that killed a 70-year-old Victoria woman. Officials suspect a heat lamp as a cause.

A Victoria County woman died on an unusually cold Thursday morning in a house fire that was likely started by a heat lamp left on to warm a pet bird.

Theresa Hernandez, 70, was unable to escape the burning house where she lived with its owner Dr. Sandra Cochran, who is known for caring animals in need.

Hernandez was a longtime friend, housemate and employee of Cochran’s.

At 2:55 a.m., firefighters were dispatched to Cochran and Hernandez’s home at 821 Crestview Drive after receiving a 911 call from there, said Victoria County Fire Marshal Richard Castillo.

They arrived to find the home engulfed in flames to the extent that safe entry was impossible, he said.

They also found Cochran outside and uninjured.

Although Victoria County fire investigators are yet to conclude their work, they suspect it was caused by a heating lamp left on in the home’s screened-in patio, Castillo said.

That lamp was left on to warm a macaw, he said.

The Texas Rangers and State Fire Marshal’s Office investigators are assisting Victoria County fire officials in their investigation. They have no reason to suspect foul play, Castillo said.

Justice of the Peace Stuart Posey has requested an autopsy through the Travis County Medical Examiner’s Office.

After smoke alarms sounded in the home, Cochran exited the home’s rear door to assess the fire in the patio area.

Hernandez, who used a walker, remained inside.

Meanwhile, flames in the patio spread rapidly to the interior, preventing Cochran from returning through the rear door.

Strong winds that morning likely caused the flames to spread rapidly through the house, Castillo said.

In fact, a gale warning was issued for Wednesday night by the National Weather Service.

When Cochran circled back to the front, she found the door locked and Hernandez trapped inside.

“It spread too fast,” Castillo said.

At the time of the fire, wind gusts were measured at 29 mph, and temperatures had dipped to 45 degrees.

Pat Tally, board member for Trap-Neuter-Return, said she met Hernandez through her work with the Victoria feline advocacy group.

They did that work and provided other aid to animals often without compensation.

Tally described Hernandez, who worked at Acres of Animals for about 30 years, as a kind of guardian who was protective of friends.

“She could be very abrupt,” Tally said. “She didn’t suffer fools.”

But when it came to animals, Hernandez had compassion, said fellow Acres employee Tabitha Autry.

Hernandez, a Crossroads native, owned a ranch in Nordheim, where she cared for cattle and a pet cat.

Autry also recalled an instance at the kennel in which Hernandez bottle-fed a calf despite her limited mobility.

“We don’t make a lot of money. If you work in this field, you have to have a love for animals,” Autry said.

A neighbor of Hernandez and Cochran recalled a time when the women had helped him care for an aging stray cat.

Although he offered to pay them for their help, they refused.

With the sudden arrival of cold weather in the Crossroads, residents should be wary when it comes to using space heaters and heating lamps, Castillo said.

“People right now during the cold weather are using heat lamps. They get knocked down and create fires,” he said.

Those with pets should consider bringing them inside rather than leaving them with heaters, he said.

In November 2018, a Victoria barndominium caught fire after a dog knocked over a heater, igniting a couch.

The day before that 2018 blaze, another fire at a Victoria home was started by a heater left to warm a dog.

During the fall and winter, heating, holiday decorations, winter storms and candles contribute to an increased risk for fire, according to the National Fire Protection Association.

Because of that risk, Victoria County Fire Investigator Michael Carbajal advised residents to check their smoke detectors and ensure they are functioning properly.

Perhaps most importantly, Castillo advised that residents should evacuate as soon as fire is detected.

Fire can spread surprisingly quickly in the right conditions, and getting caught off guard can prove deadly in a matter of minutes, he said.

Almost half of the families in the United States use space heaters, fireplaces, or coal or wood stoves to stay warm. These supplemental heating sources can be dangerous if not used properly. The Red Cross offers the following safety tips:

1. Never use a cooking range or oven to heat your home.

2. Keep all potential sources of fuel like paper, clothing, bedding, curtains or rugs at least three feet away from space heaters, stoves, or fireplaces.

4. Turn off space heaters and make sure any embers in the fireplace are extinguished before going to bed or leaving home.

5. Place space heater on a level, hard and nonflammable surface (such as ceramic tile floor), not on rugs or carpets or near bedding or drapes.

6. Keep children and pets away from space heaters.

7. When buying a space heater, look for models that shut off automatically if the heater falls over as another safety measure.

8. Keep fire in your fireplace by using a glass or metal fire screen large enough to catch sparks and rolling logs.

9. Have wood and coal stoves, fireplaces, chimneys, and furnaces professionally inspected and cleaned once a year.

10. Other safety steps - Check electrical appliances before you leave home. Do not leave food cooking on the stove. Blow out candles before going to bed. Do not overload electrical outlets.

Thanks, Jon. Both Sandy Cochran and Theresa Ramirez have devoted years to caring for pets in the Crossroads, This was an incredible tragedy and their hundreds of friends and pet owners are praying for both of them.