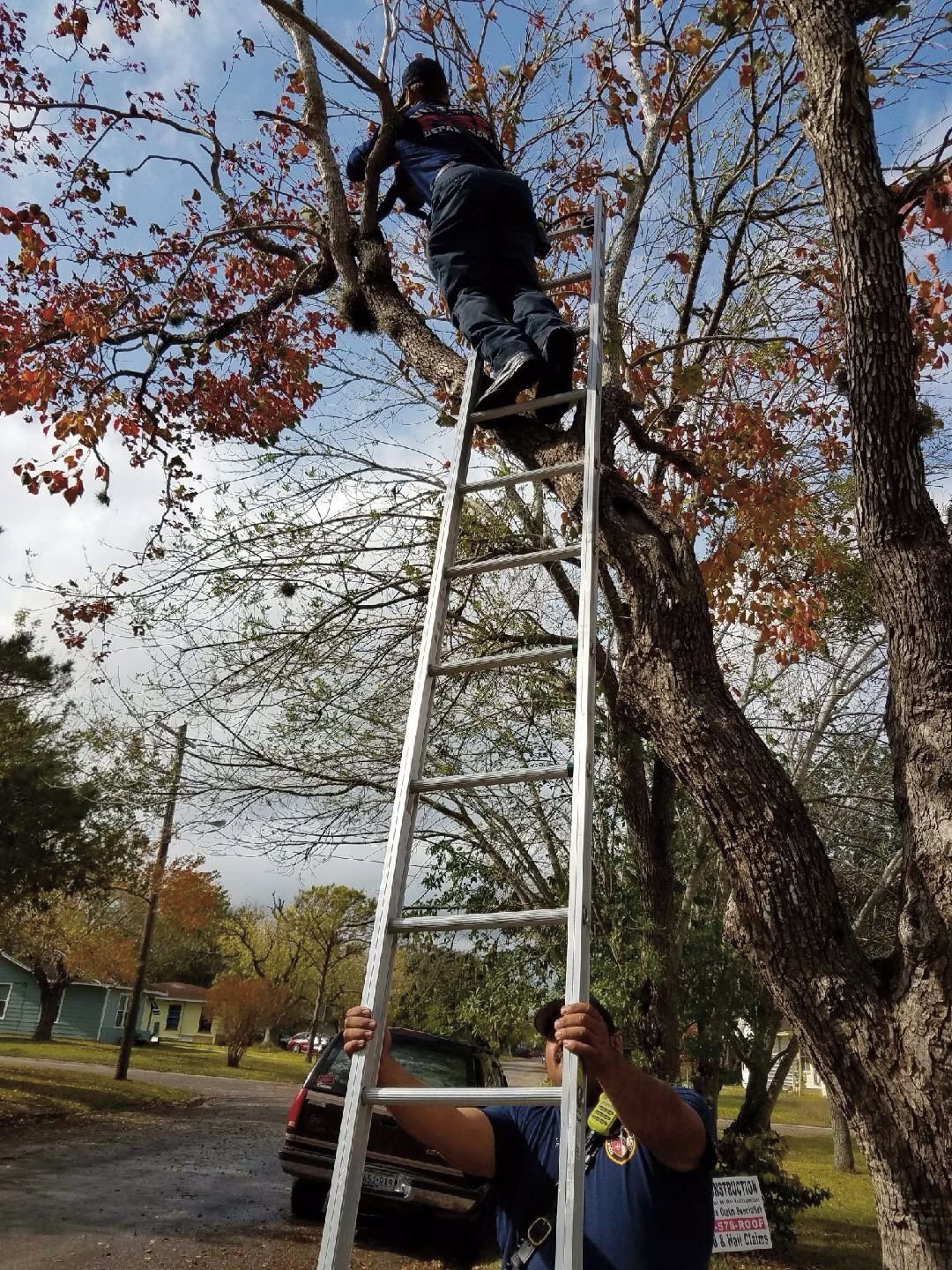 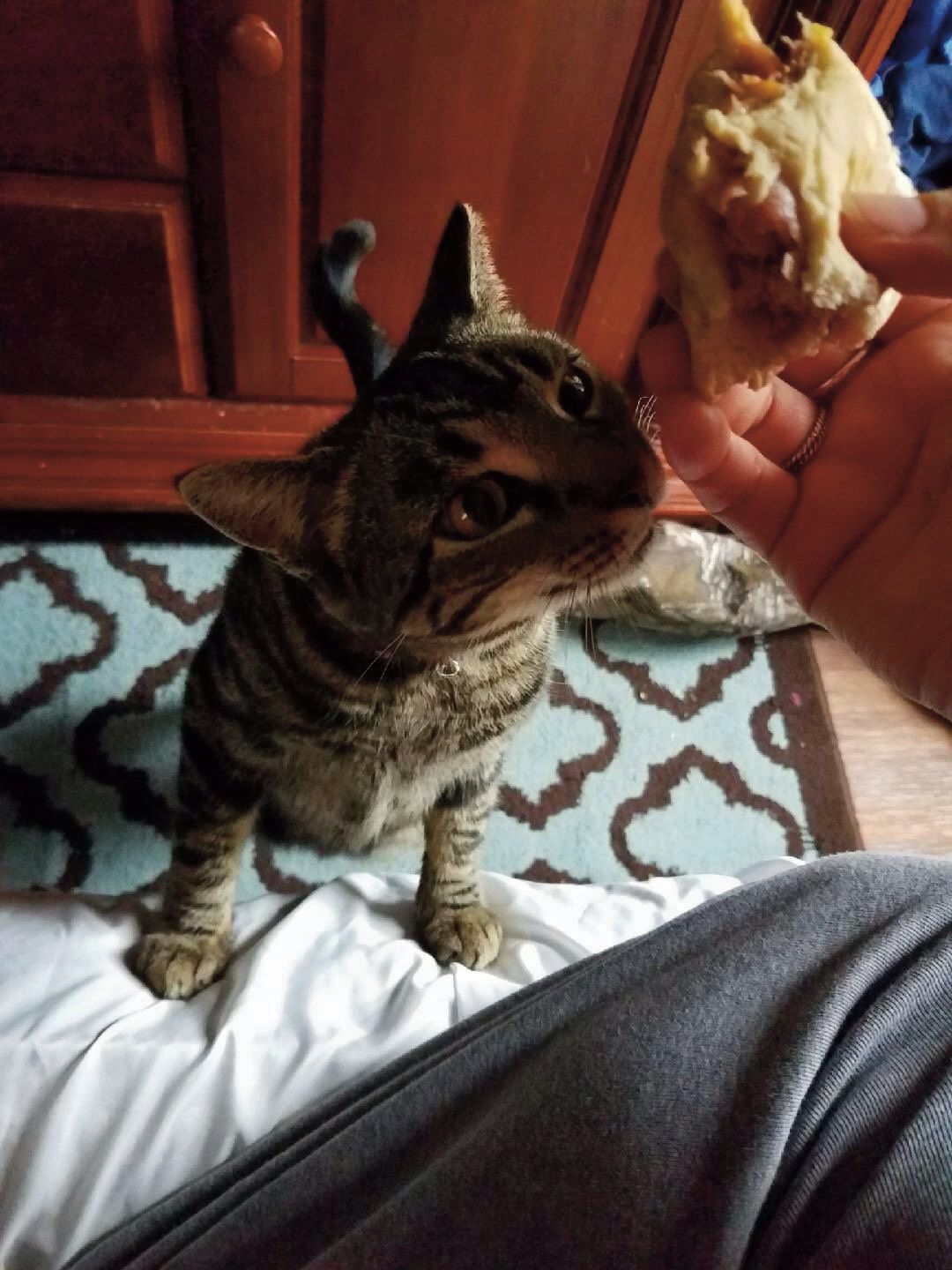 Lyla the cat owes one of her nine lives to the Victoria Fire Department.

About 6:30 a.m. Tuesday when Abigail Montalvo's daughter opened the front door to head to her bus stop, Lyla darted outside and climbed up a tree.

Montalvo tried to encourage Lyla to come down the tree, but the cat refused.

Worried, Montalvo went back inside and decided she would wait for the feline to come down. Five hours later, when she woke up from a nap, Lyla was still stuck in the tree.

"I've really bonded with her," said Montalvo, 27. "I woke up, and I couldn't stop thinking about her and stuff. I had to go get her."

Lyla had only claimed the house as her home on Taylor Avenue for about a week. Montalvo found Lyla on a Facebook group for shelter pets, and fell in love with her as soon as she brought her home. Lyla is also in the early stages of pregnancy, and Montalvo is excited for the kittens to come.

Montalvo brought out a stool, put it by the tree and started to climb. While climbing, she accidentally kicked over the stool and no longer had a way down.

"I was stuck, and I kept going up. I figured I'd get the dang cat and figure out how to get down later," she said. "The cat kept going up also. The little thing just sat there. It was like she was laughing at me."

Montalvo kept climbing until she couldn't anymore - her shoes started to slip.

"It got to the point where it was too risky for me to keep going up," she said. "I stopped, I looked down and I froze."

Perched between 10 and 12 feet up, Montalvo looked down and decided to call 911 for help. About 15 minutes later, the Victoria Fire Department arrived to rescue her and Lyla.

"It was scary. Looking down, everything just started spinning," she said. "I went on Facebook while I was up there waiting. I kept looking down and kept getting nauseous."

Firefighters provided a ladder for Montalvo to come down, and then a firefighter went up to retrieve Lyla.

"I'm so thankful for the fire department that came by," she said. "I don't know what I would have done."