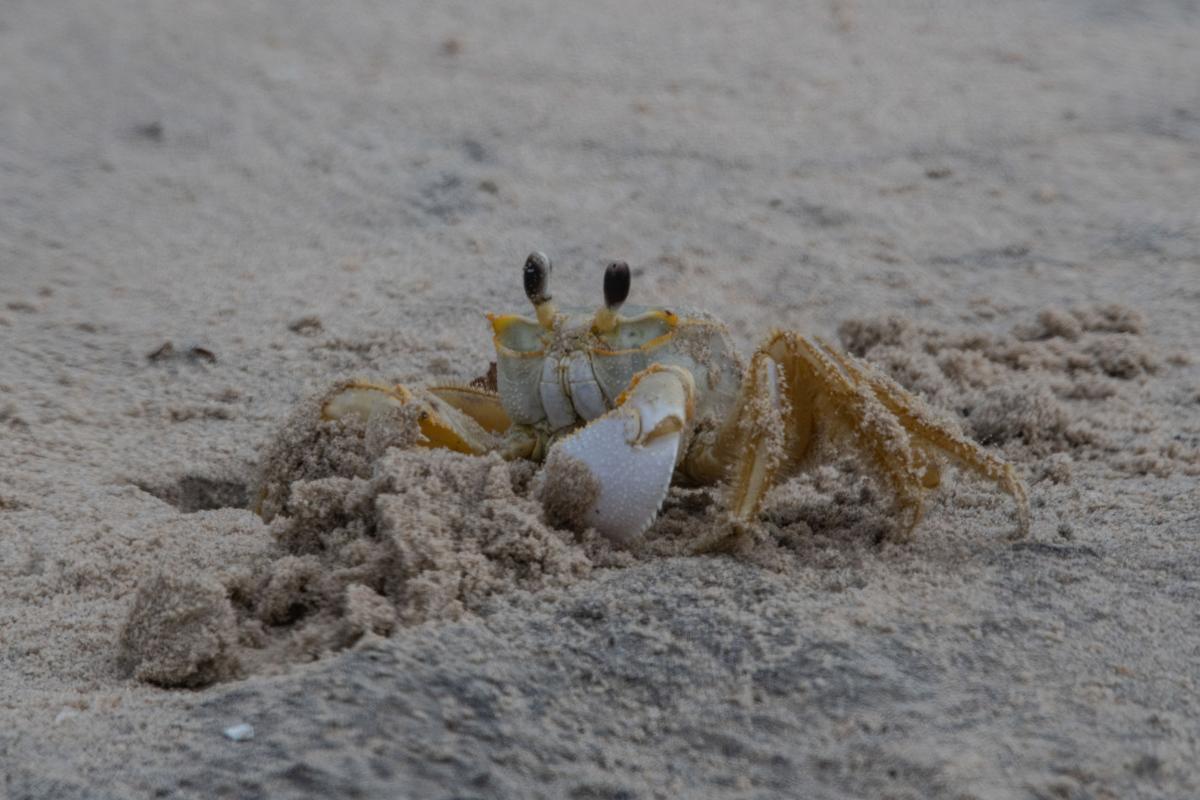 A ghost crab is observed peeking out of its burrow on Matagorda Beach. 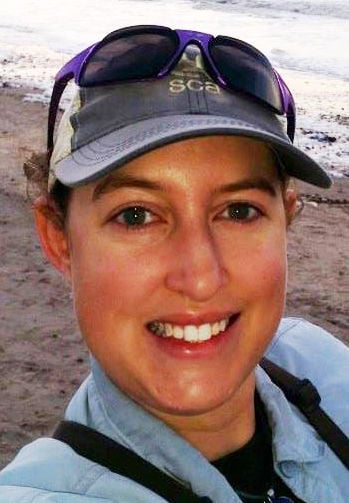 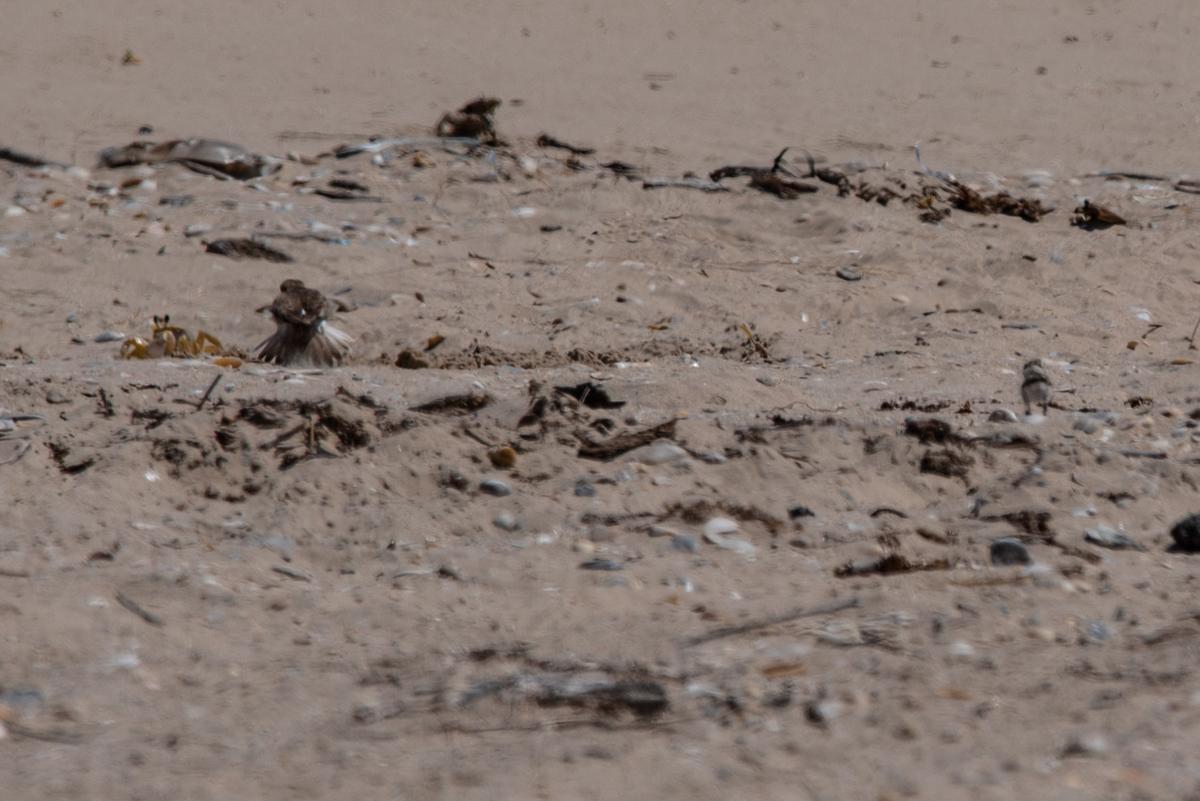 This female Wilson’s plover is defending her newly hatched chick from a ghost crab.

A ghost crab is observed peeking out of its burrow on Matagorda Beach.

This female Wilson’s plover is defending her newly hatched chick from a ghost crab.

If you have ever been to the beach, you may have a caught a glimpse of something scurrying swiftly across the sand and into a hole. What you might have seen is called a ghost crab. Ghost crabs are very common along the beaches of the Texas Coast.

The ghost crab is a fairly large crab that lives along the dunes and intertidal zones of the beach. They are sometimes called sand crabs because their bodies blend incredibly well with the sand. They have large eyestalks, two asymmetrical claws, and four pairs of legs. Ghost crabs are semi terrestrial. They spend most of their life on land, but still need water to survive, so they live fairly close to the shore.

Ghost crabs create homes called burrows. The burrows help keep them cool during the hottest parts of the day. They are nocturnal, meaning that they are mostly active at night. This is one of the reasons why they make excellent predators. Their prey usually can’t see them coming. Their four pairs of legs allow them to move quickly and smoothly across the sand. They also have one big claw that can easily snatch large prey. They can eat almost anything, including clams, decaying material, other crabs, and in some cases each other.

They can also feed on sea turtle eggs and hatchlings as well as plover eggs and chicks. We at Gulf Coast Bird Observatory study and protect Wilson’s Plovers, so it’s frustrating when the chicks or eggs get taken by predators. Ghost Crabs are predator number one when it comes to the Wilson’s plovers nesting on Matagorda Beach.

Unfortunately, at Matagorda Beach, Wilson’s plovers tend to nest in the same habitat as ghost crabs. Wilson’s plovers are extremely protective of their nests and often are able to fend predators off. However, ghost crabs are like ninjas and come out at the dead of night and tend to strike just when a nest is close to hatching.

If a ghost crab harasses a plover too much, it could also cause the plover to abandon their nest completely.

There have been multiple observations of ghost crab predation at Matagorda Beach. One day there could be a perfectly good nest and next day it completely disappears. If the eggs are gone, there is a burrow right where the nest should be, and there are multiple scratch-like markings in the sand that lead directly to the burrow, we know the nest has been predated by a ghost crab.

At Matagorda Beach during one of Observatory’s beach nesting bird surveys, we actually witnessed a mother Wilson’s plover defending her newly hatched chick against a ghost crab that just happened to pop out of its burrow. Luckily for us, the plover chick survived. Plover chicks take up to 30 days to become fully fledged and are very vulnerable until then. They rely fully on their parents to protect them from predators.

Even though ghost crabs are notorious predators, they are just trying to survive like anything else living on the beach. They actually play an important role by feeding on decaying material like dead fish. They too are vulnerable to people and vehicles, so please give them their space as well. On behalf of Gulf Coast Bird Observatory thanks for reading.

Taylor Bennett graduated from Old Dominion University with a Bachelor of Science degree in Biology concentrating in Marine Biology, and performs shorebird surveys along the upper Texas Coast. The GCBO is a non-profit organization dedicated to saving the birds and their habitats along the entire Gulf Coast, and beyond into their Central and South America wintering grounds.