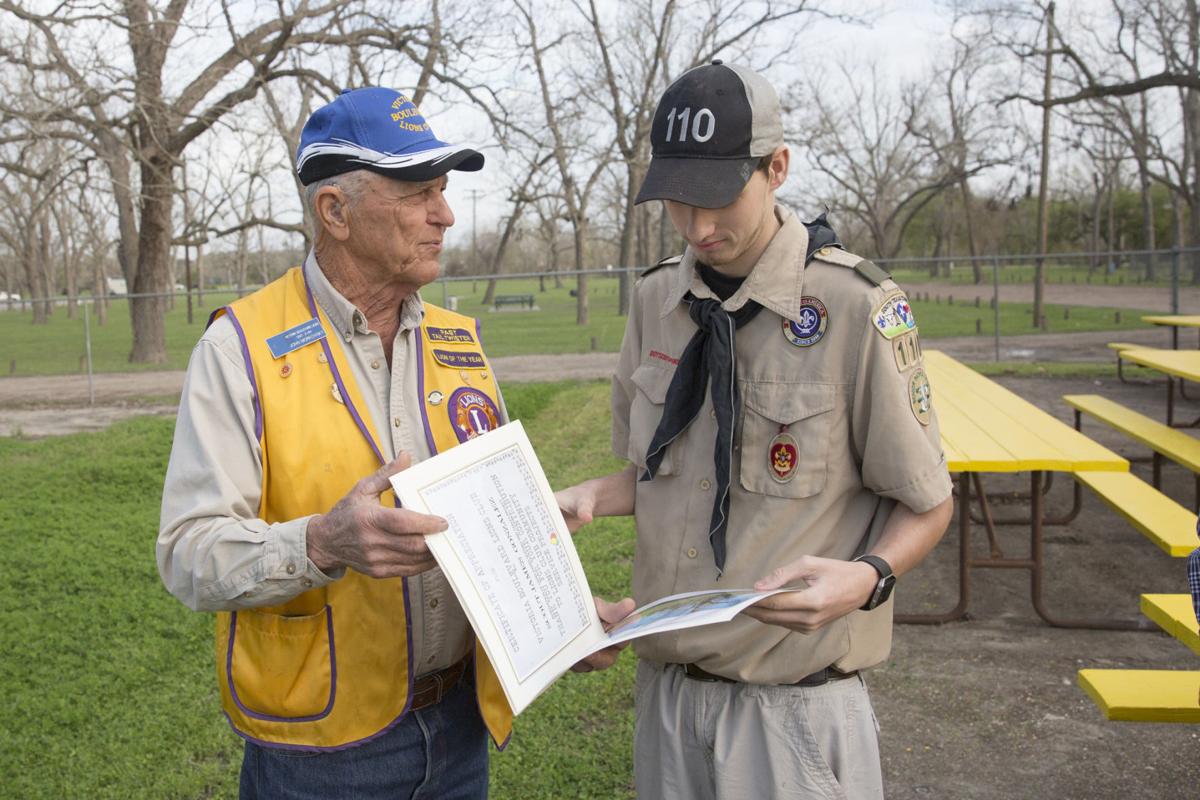 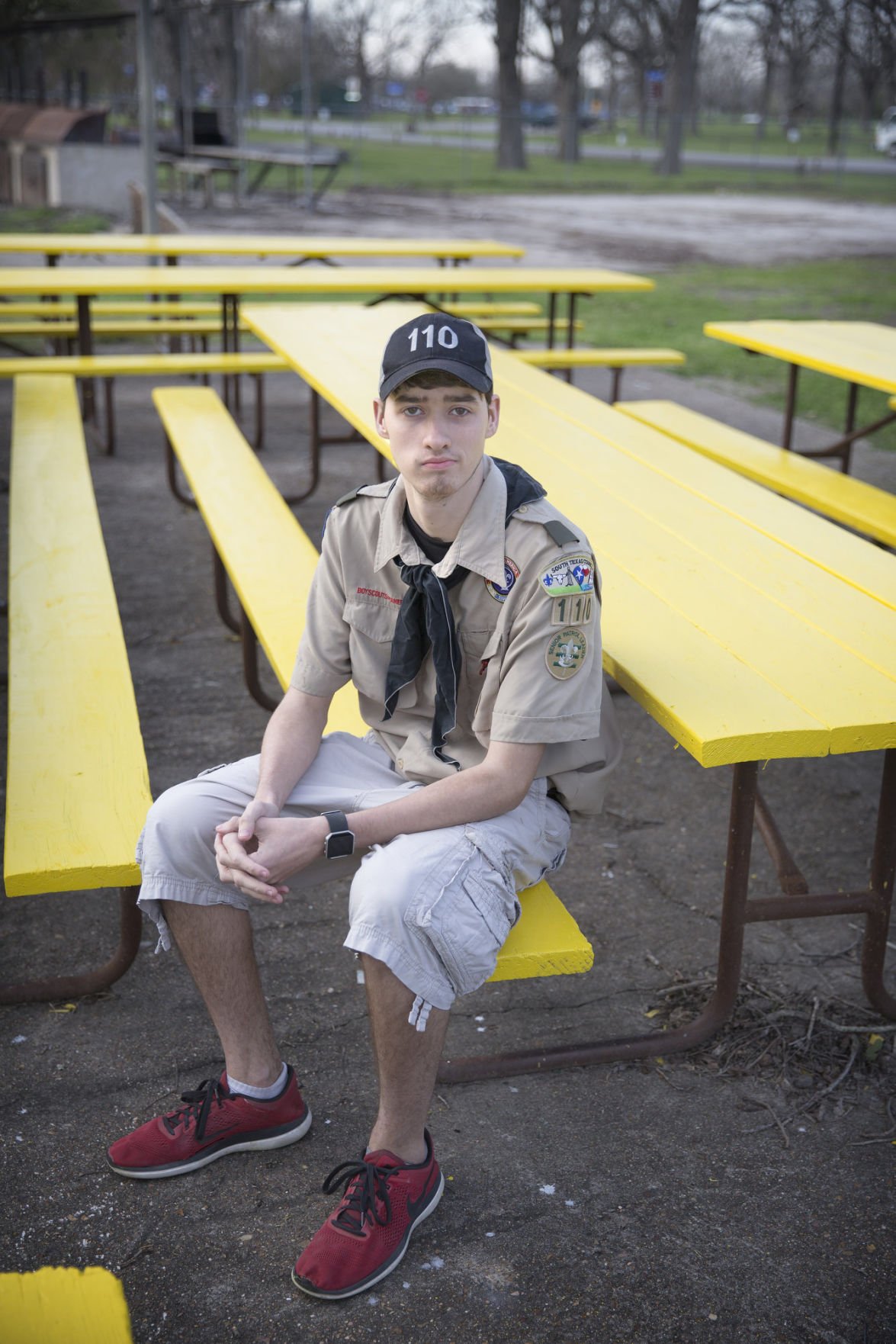 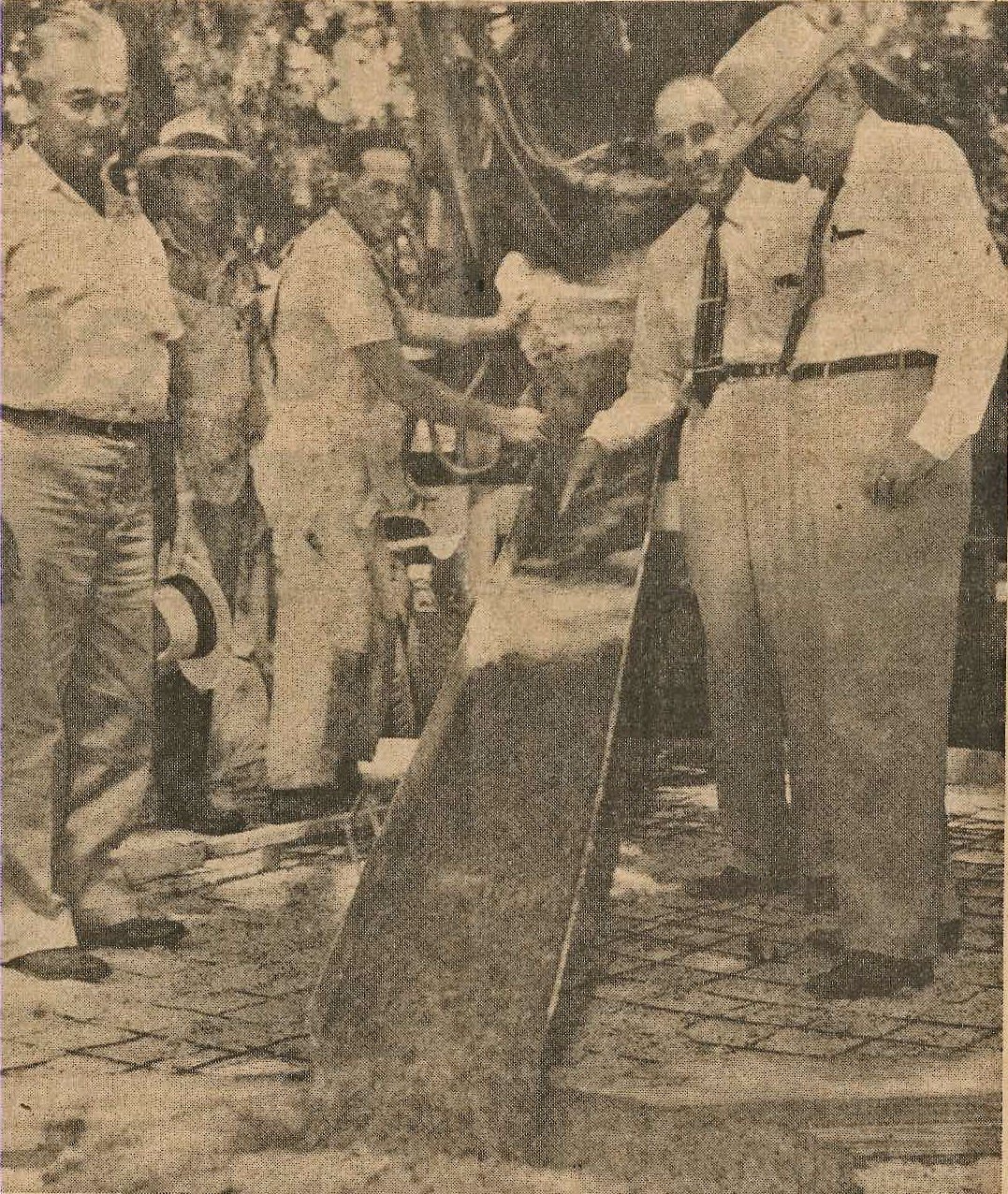 The foundation for the Victoria Boulevard Lions Club pavilion was laid in 1952. Mayor H.W. Griffith, right, watches as concrete is poured. Second from right is W.R. McCright, chairman of the City Park Commission; left is Dave Matthews, chairman of the Lions Park Committee, who is credited by the club with the idea for the project.

The foundation for the Victoria Boulevard Lions Club pavilion was laid in 1952. Mayor H.W. Griffith, right, watches as concrete is poured. Second from right is W.R. McCright, chairman of the City Park Commission; left is Dave Matthews, chairman of the Lions Park Committee, who is credited by the club with the idea for the project.

The Boulevard Lions Club is getting a little help from friends after Hurricane Harvey caused major damage to its pavilion in Riverside Park.

The hurricane caused a pecan tree to fall through and destroy the pavilion structure, which was rented as event space to the community.

This area of the park near the Texas Zoo has been a principal community service project for the Victoria Boulevard Lions Club since the 1950s, said club secretary Alfred VanderStucken.

The 17-year-old West High School junior said he and a handful of Scouts from Troop 110 put nearly 95 hours into the project Feb. 10-25.

They power-washed the mud off 10 tables and the concrete surface, then repaired, primed and painted the tables in the signature Lions Club yellow.

“The weather was hurting us, so that’s why it took longer than I thought,” James said.

He first learned of the need as part of the Venturing Crew 182 Leo Club, of which he is a member. James was honored by the Boulevard Lions Club on Thursday for his work.

James said he met residents in the park who were thankful for the improvements and who helped him see just how much of a difference his project is making for those who rent the pavilion.

Shortly after the Aug. 25 storm, the club got an estimate of $54,000 to restore and clean up the space, Morkovsky said.

They managed to get more than $18,000 of work covered by Crossroads companies who volunteered to help clear debris. Jackson Electric Cooperative was able to use a bucket truck and small work crew to cut the tree, while Gene’s Machine Shop brought in a big truck to haul away all the wood and debris.

Other local Lions Clubs have also helped. Last week, the Victoria Lions Club gave Morkovsky’s club a $5,000 check toward rebuilding, which was a lot more money than his group had.

“We’re really grateful that so many people have come forward to put it back in position to help people,” he said. “Most of the people that rent it are not people of means. This (space) gives people a place to have a party that’s bigger than their house and yard.”

Although the Boulevard Lions Club Pavilion is usually booked 90 percent of weekends during its March to November season, Morkovsky said they make just enough money from rentals to keep it in operation.

The club has 27 members, with most above the age of 65. They hope to attract new members to help with community service projects like this one.

According to Advocate archives, the first concrete slab was poured at what was at the time known as City Park in the summer of 1952 with then-mayor H.W. Griffith present.

Morkovsky plans to talk to the city about how best to rebuild the pavilion in the park and estimates they are about $30,000 shy of funds needed to rebuild.

“The park was in very good shape before the hurricane, and we intend to get it back to that,” he said.

Laura Garcia reports on health and nonprofits for the Victoria Advocate. She may be reached at lgarcia@vicad.com or 361-580-6585.

No timeline set for Riverside Park to reopen