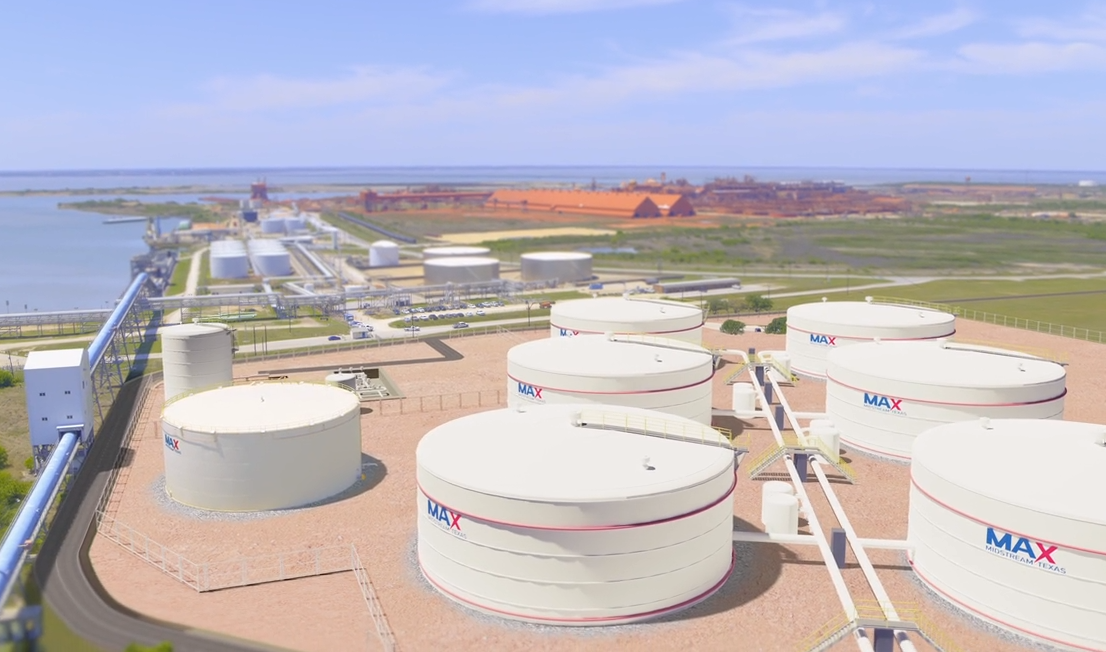 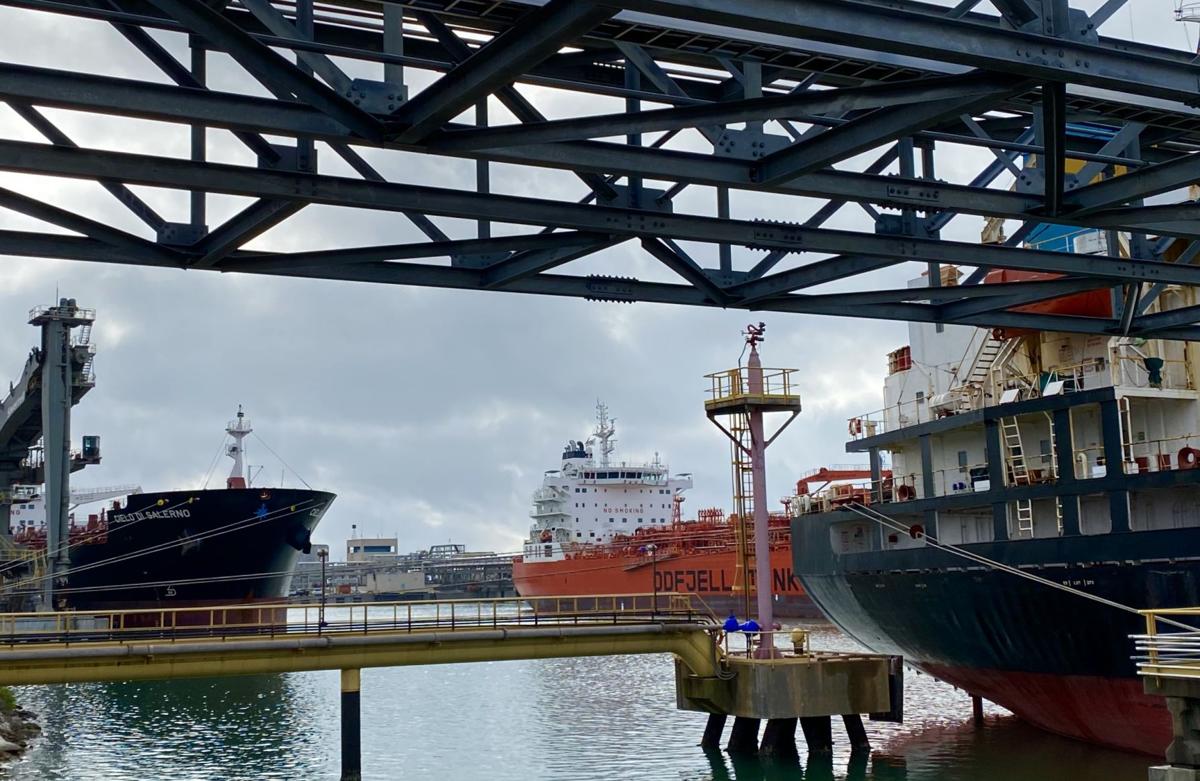 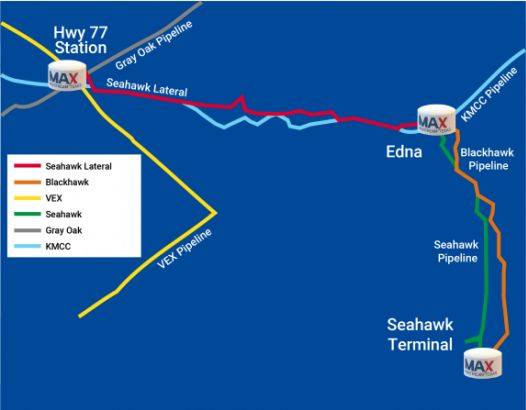 Max Midstream Texas plans to create new pipelines that will directly connect the port to both the Eagle Ford Shale and Permian Basin, eventually enabling up to 20 million barrels to flow to a revitalized terminal at the port each month. 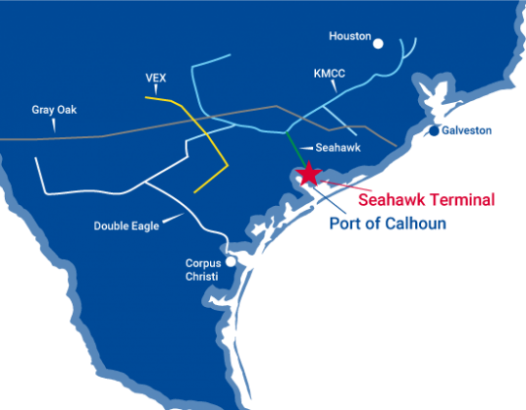 Max Midstream Texas acquired the Seahawk pipeline and terminal at the port from Oaktree Capital.

Max Midstream Texas is investing $1 billion into a project that will put the Port of Calhoun on the map for crude oil exportation.

The Texas-based energy company plans to create new pipelines that will directly connect the port to both the Eagle Ford Shale and Permian Basin, eventually enabling up to 20 million barrels to flow to a revitalized terminal at the port each month.

“This will transform our port into a major oil exporting center, and it will transform our area with new jobs and new growth,” said Calhoun Port Director Charles Hausmann, who announced the project at the Victoria Partnership meeting Tuesday.

“This is a great day not only for the Texas oil industry, but for the state as a whole, as more than 1,000 jobs will be created,” Max Midstream President Todd Edwards said in a news release.

An economic impact study performed by consultants found that the project will create about 475 new jobs and 600 construction-related jobs throughout the state during the next 10 years, according to Max Midstream. Hausmann said the exact number of local jobs that will be created is not yet clear.

Being able to transport oil at a reasonable price from its source to ports, either in Corpus Christi or Houston, is key to the export of Texas oil.

In a statement, Max Midstream noted that the Houston and Corpus Christi ports are typically at or near capacity and congested. The company said it sees the Calhoun Port project as a “game-changer” because it will open the port up as a third option for oil exports.

“By developing the Seahawk Terminal at the Port, we will be able to offer a deep-water terminal with little congestion and the ability for producers to get their product to the port at a very reasonable price,” Edwards said.

Max Midstream acquired the Seahawk pipeline and terminal at the port from Oaktree Capital and said it has interconnect agreements with Kinder Morgan Crude and Condensate, the Gray Oak and Victoria Express pipelines.

Within the next three months, dredging will start on three docking facilities at the port that will allow Max Midstream to bring in larger vessels that can carry more product, Hausmann said.

Max Midstream is also upgrading the Seahawk export terminal facilities at the port and terminal in Edna.

“By the time the project is fully complete in 2023, we will have 9 million barrels of storage at Edna and 6 million barrels at the port, with multiple pipelines to export crude through the port,” he said.

The Calhoun Port Authority has been floating a plan to deepen and widen the Matagorda Ship Channel for several years.

On Tuesday, Hausmann said the Port had entered into a public-private partnership with Max Midstream, which has agreed to invest $360 million in port infrastructure improvements, including $225 million to finance the Matagorda Ship Channel Improvement Project.

Authorization for the project is included in the draft versions of the U.S. House of Representatives and Senate water infrastructure bills. Hausmann said he hopes to see Congress approve the project by the end of the year.

“We’ll have an authorized channel and what that allows us to do is then take private money and put it into the channel, and we do not have to rely on the federal government for funding any of the project,” he said. “That will help us move forward to where we can get our channel widened and deepened by 2023.”

The project would deepen the waterway by 9 feet as well as widen the bay channel by 100 feet and the offshore channel by 300 feet, allowing larger vessels, such as Aframax or Suezmax ships, to come into the port.

“They are going to turn this port into a major port with this input and help,” Hausmann said. “All this is going to do is attract business to the port from now on.”

POINT COMFORT — The Calhoun Port Authority is “pushing hard” for the U.S. Army Corps of Engineers to release a jetties deficiency report they …