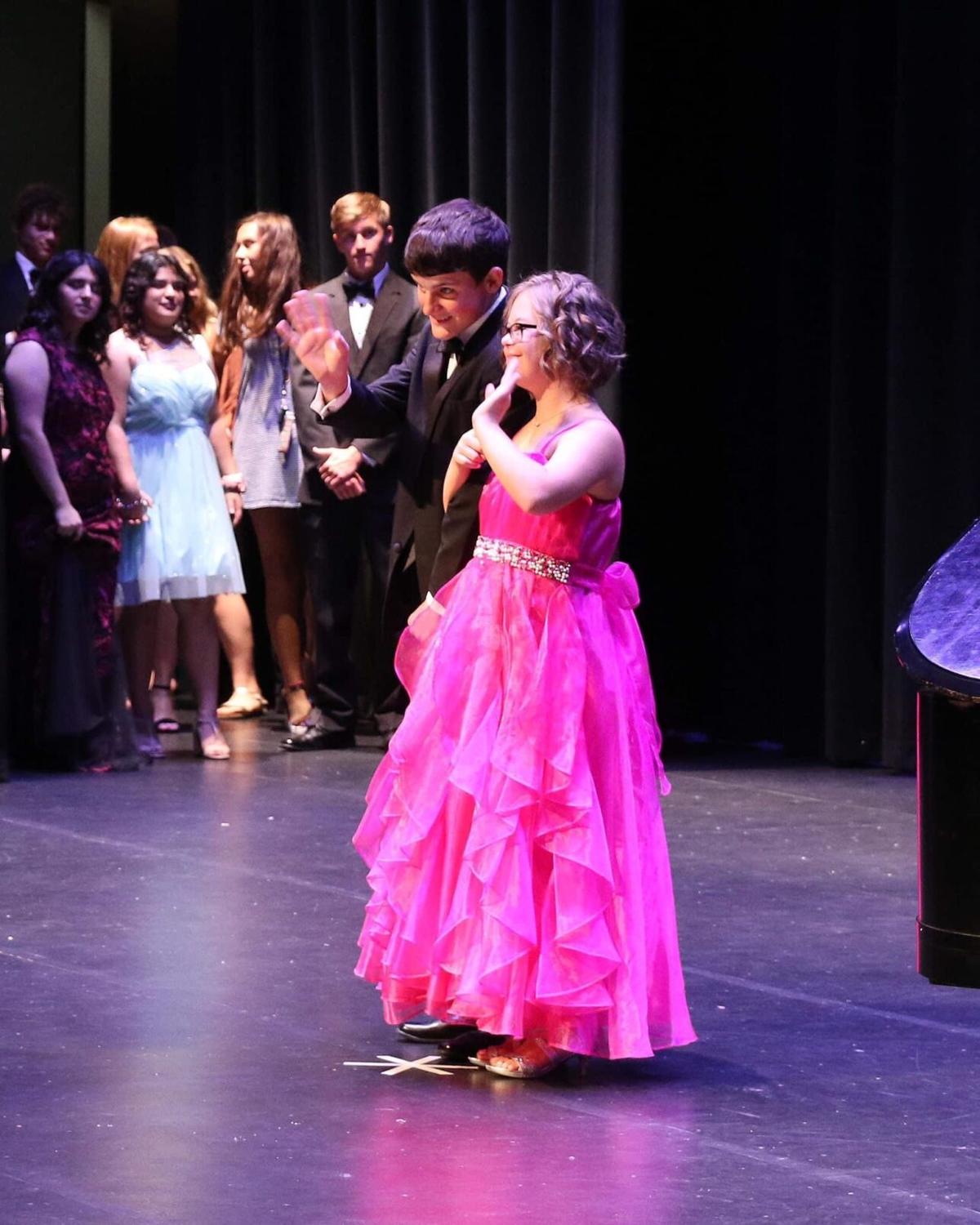 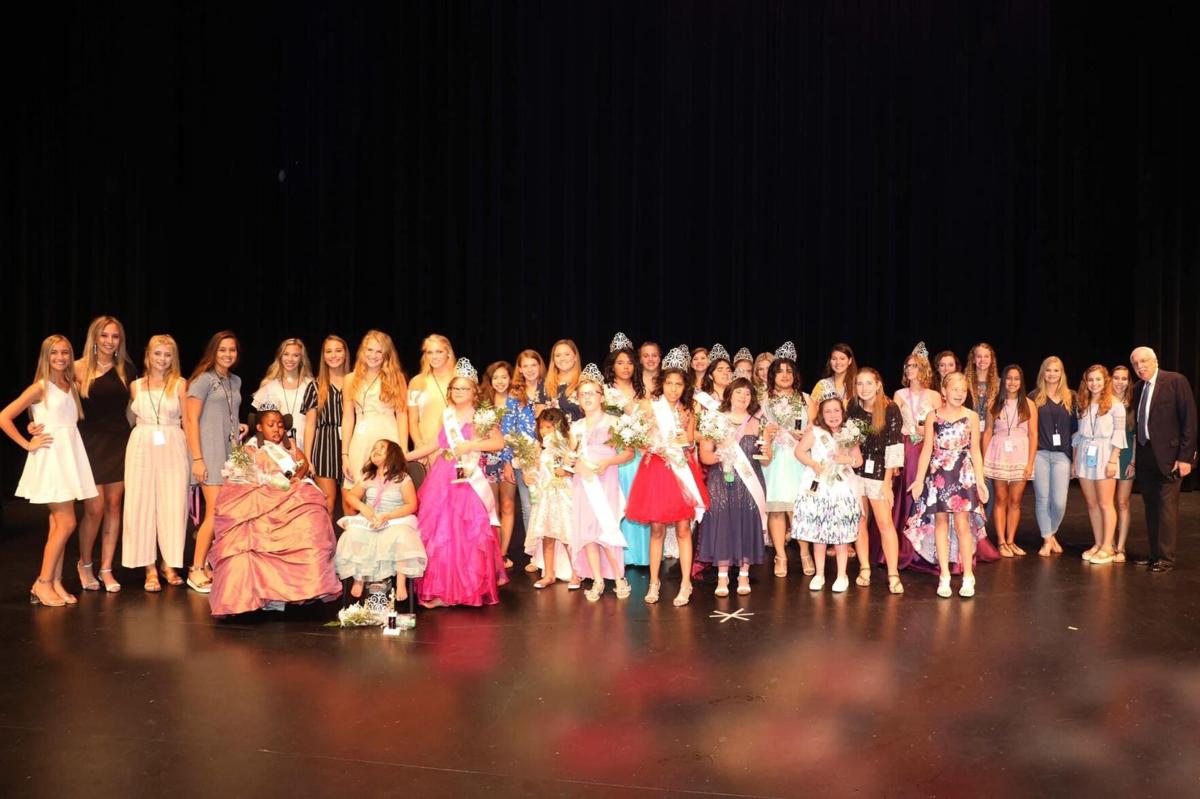 Contestants and volunteers of the Miss Sparkle Special Needs Pageant gather for the 2019 pageant. 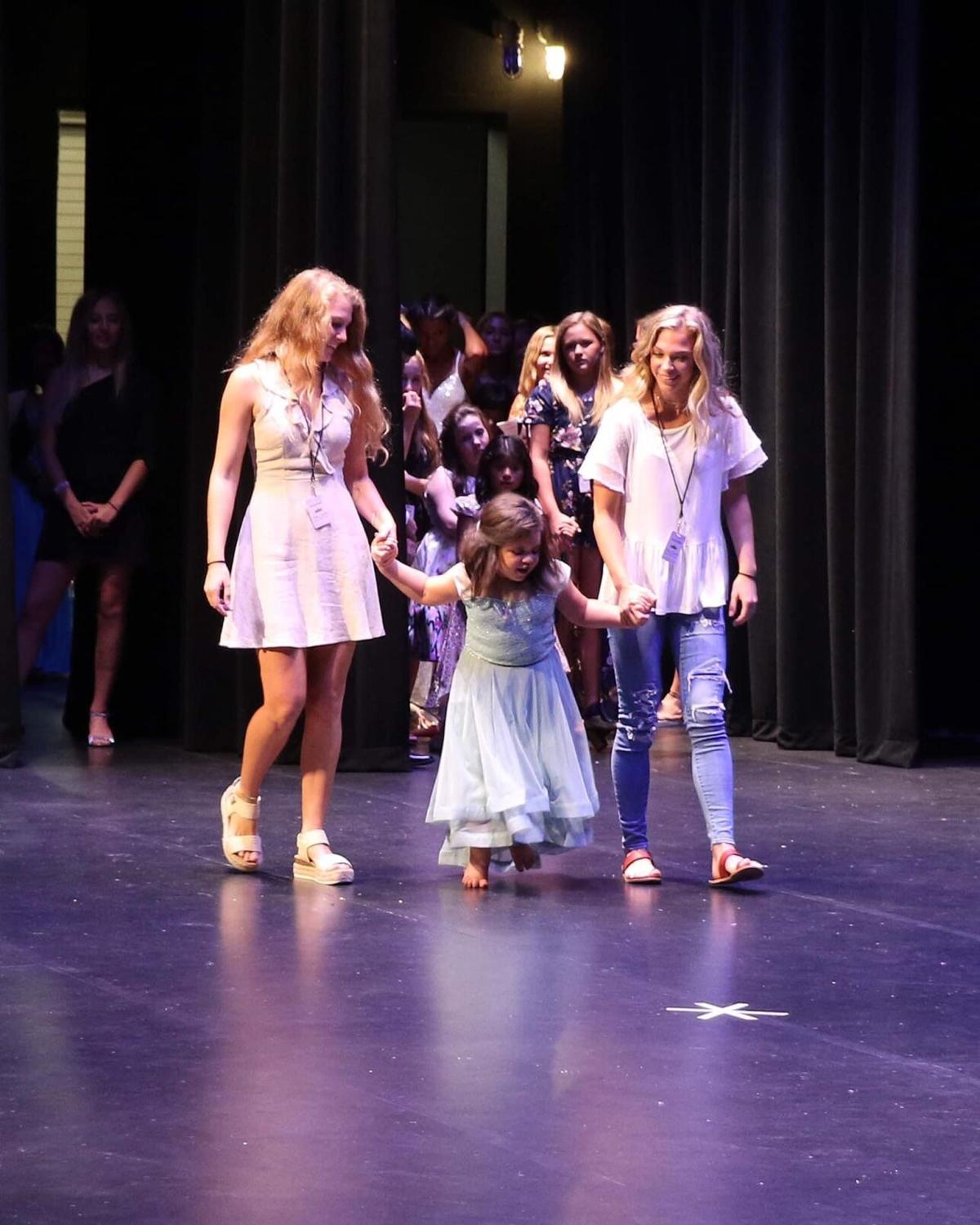 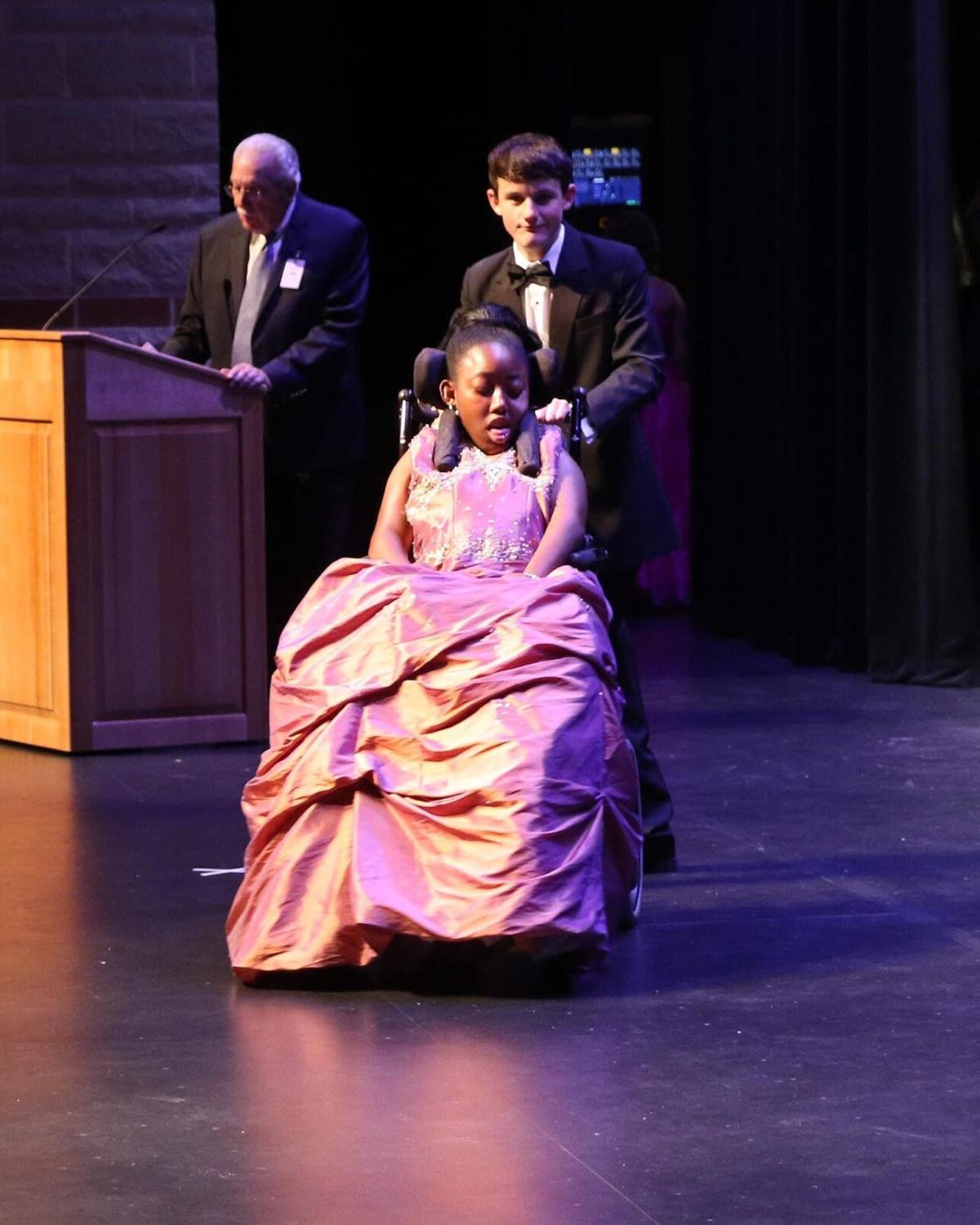 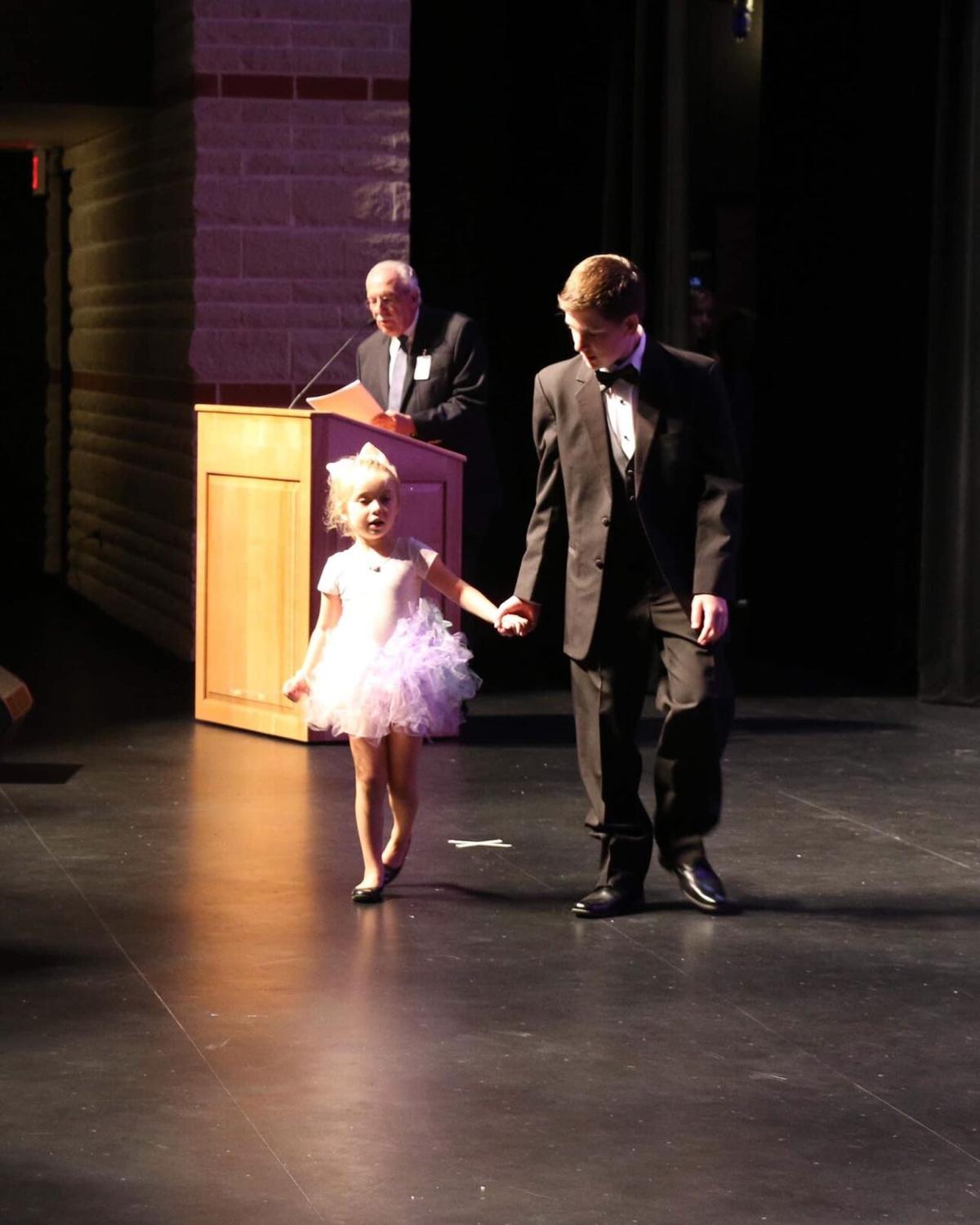 Contestants and volunteers of the Miss Sparkle Special Needs Pageant gather for the 2019 pageant.

The Miss Sparkle Special Needs Pageant hosted by Sparkle Club, Inc. will be 4 p.m. Aug. 15 at the Performing Arts Center in Cuero.

Contestants and volunteers will arrive at 11:30 a.m., at which time contestants will do their hair and makeup and start walk-throughs onstage and interviews. The interviews help judges get to know the girls and allow the girls to have a full pageant experience and develop life skills, said Delynn Pesek, 20, of Shiner, who founded Sparkle Club.

“During the pageant, our judges are given score sheets to provide positive feedback such as ‘great smile’ or ‘beautiful dress’ so the girls can read them after the competition,” Pesek said. “Every contestant is a winner and receives a title.”

The pageant will start with optional talent and active/fun wear competitions. The only mandatory competition is the formalwear category that follows.

During the talent competition, the girls display a variety of talents including singing, dancing and drawing. They wear outfits that make them feel good about themselves during the active/fun wear portion of the pageant. In the past, the girls have dressed up as cheerleaders, gardeners and sports fans, among numerous others.

Pesek started the nonprofit Sparkle Club several years ago when she was in the eighth grade. The organization has three branches — cheer team, the Miss Sparkle pageant and help for special needs children at a school in Haiti.

The nonprofit started with the cheer team and added the pageant a couple of years later. The pageant initially was hosted in Shiner but moved to Cuero where they have access to a “big, beautiful facility.”

“I guess it really all started because my brother was very involved in the Special Olympics, so I saw a lot of that growing up,” Pesek said. “I saw online a special needs pageant that was farther away from here ... I felt bad that we didn’t have anything like that around here. I mentioned it to the cheerleader moms, and they loved the idea.”

Pesek said the pageant is a confidence booster for the girls who participate.

“They make lifelong friendships from the day of being together,” Pesek said. “It shows them they can do anything that someone without a disability is able to do.”

The girls participating are not the only ones who benefit, she added.

“Volunteers who have worked in past years come back because it’s such an awesome event,” she said. “They see that the girls are not different — they do not look at them or think about them differently. All who help put it on get good out of it. It’s a very positive day.”

As Pesek prepares to start pharmacy school at the University of Texas at Austin in August, her younger sister Dallyn Pesek, 14, is stepping up to help with the pageant.

“The goal is for her to take over the nonprofit because we don’t want the organization to die,” Pesek said. “She will keep it up until we find someone else who wants to do it.”

Between 20 to 25 contestants are expected to compete, but applications still are being accepted. The deadline to enter is Aug. 6. The registration form is available on the Miss Sparkle Special Needs Pageant Facebook page. Those wanting more information can contact Pesek at 361-208-3874 or Dallyn Pesek at 361-208-5028.

“I love seeing the girls’ faces light up,” Pesek said. “It’s inspiring to give them this opportunity that they would normally not get.”