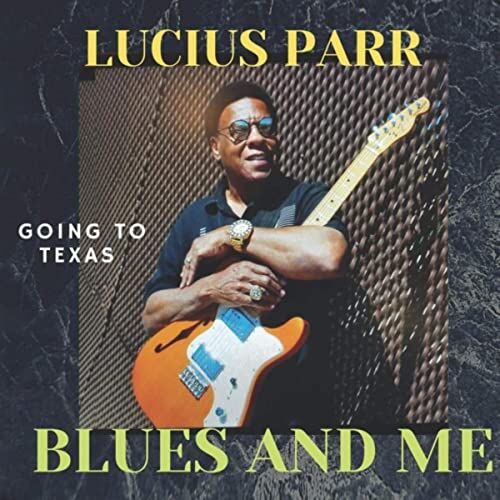 Although musician Lucius Parr, 73, now lives in Phoenix, he grew up in Yoakum picking cotton and working for Tex Tan while in high school.

As one of the oldest children in his family, he helped care for his six siblings.

Parr has released a blues album, “Blues and Me,” and he has been featured in magazines, including “Living Blues” and “Blues Blast.” He made the album alone — solely providing the vocals and instrumentation — in isolation in his home studio during the pandemic.

His songs are being played in Indiana, Pennsylvania, Arizona and Germany. His album can be purchased in numerous places including Apple Music, Amazon and Spotify.

“Like many of the Lone Star State guitar slingers who’ve preceded him, Parr’s guitar licks are crisp, clean and come with a sting — something that becomes immediately apparent from the opening notes of ‘Hot Outside,’ a slow-blues pleaser in which he refuses an invite to return from his lady after she’s already kicked him out,” according to Blues Blast magazine.

The magazine review by Marty Gunther continues, “’Blues and Me’ is as comfortable as an old pair of shoes if, like me, you have a strong love for Southern soul or soul blues.”

Parr comes by his musicianship naturally with many family members who play instruments.

Parr started playing the trombone at the age of 10. By the time he was a sophomore in high school, he was playing with the Texas All State Band in Houston. He played with a small group of musicians led by band directors Robert E. Lee and later Miles Carter in Yoakum, and he even played for the junior/senior prom one year. He earned musical scholarships to Paul Quinn College, Texas Southern University and Prairie View A&M, and he decided to attend Paul Quinn in Waco.

Parr worked for AT&T for 25 years and later the Mayo Clinic before starting a restaurant that he owned for three years. He then worked for home builders, Del Webb, Pulte and Shea Homes, until his retirement in 2009.

Parr was drafted during his time with AT&T, and served in the military for two years. One of those years was spent fighting in the hills of Vietnam, and music quite possibly saved his life. While on R&R, he heard a band playing, and he approached a man standing nearby to find out about joining. He played the bass guitar, bass and trombone at the time. He auditioned for the 101st Airborne Division Band and returned to fight in the hills for a few weeks before learning that the band had a spot for him. He then traveled with the band playing for wounded soldiers and troops.

“It was a God thing. My father is a believer, and I’m a believer,” Parr said. “My father would say, ‘I don’t know where you are or what you’re doing but God’s going to take care of you,’ and he took care of me.”

Parr came from a broken family, so while Parr grew up in Yoakum, his father spent most of his life in Victoria. His father turned 100 years old on Christmas Day last year. Now, his father lives in San Antonio with one of Parr’s sisters, so Parr visits Texas a couple of times each year.

“I came from a poor family, but we made it,” Parr said. “I’m blessed to be in pretty decent shape — to be almost 74 and mistaken for being in my 50s.”

Parr has a band called Street Life Band in Arizona that plays old-school R&B by Marvin Gay, the Temptations and Stevie Wonder, among others, and newer selections by the likes of Bruno Mars and Chris Stapleton.

He has performed onstage with Charlie Daniels, Albert Collins, Kid Rock, Chris Stapleton and Travis Tritt, among numerous others. He also has opened shows for BB King and Etta James.

“You can play blues all your life,” Parr said. “My fan base for blues is people anywhere from their 40s and up.”