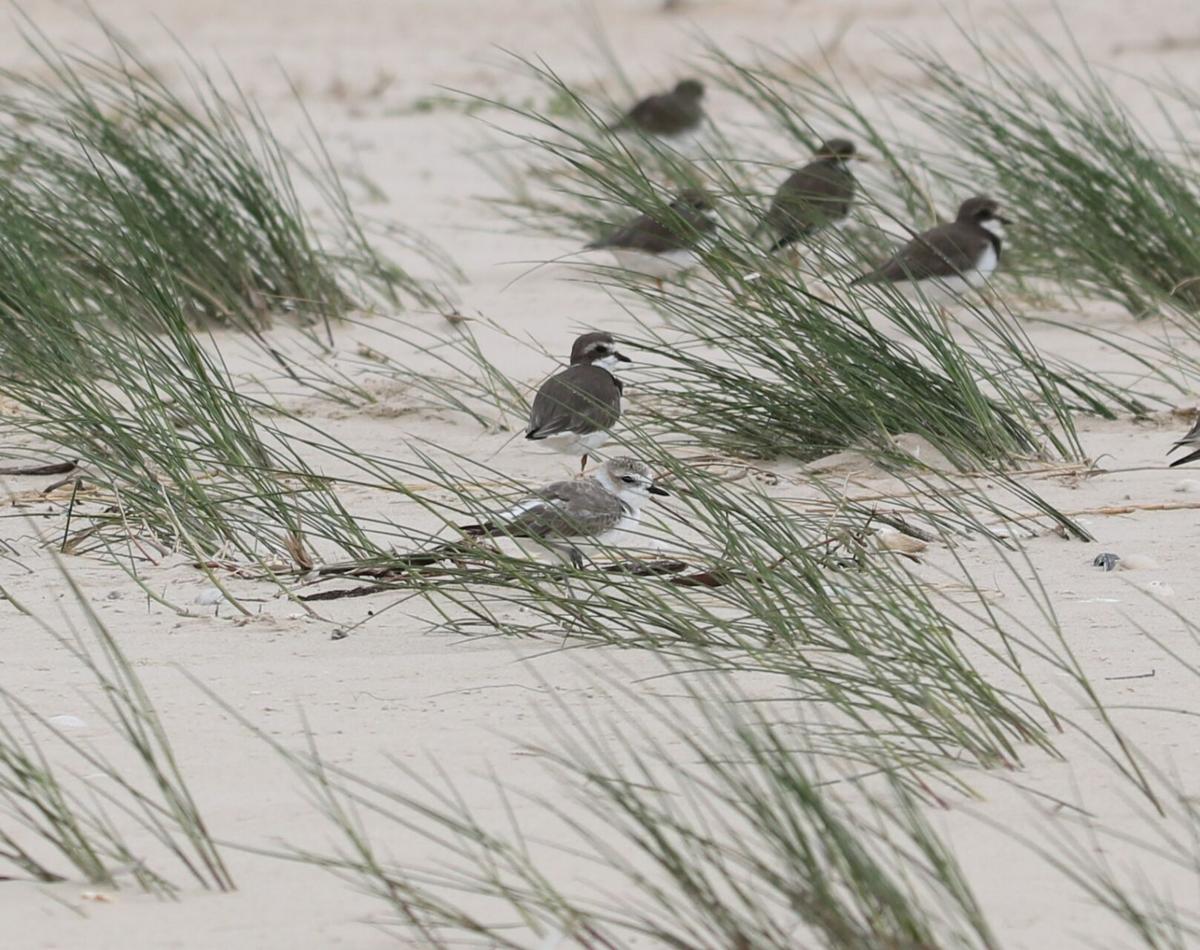 A snowy plover roosts amongst a flock of semipalmated plovers at Colorado River Mouth Flats along Matagorda Beach. 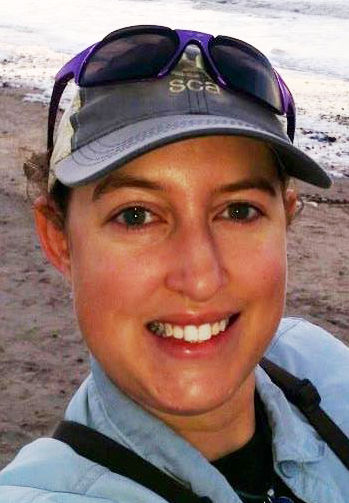 Since the beginning of August, the Gulf Coast Bird Observatory has been monitoring nonbreeding shorebirds. GCBO’s intern Sarah Belles and I survey along Matagorda Beach, Bryan Beach, Quintana Beach, Surfside and Follet’s Island. We monitor for threatened and endangered species, and species of high concern. Our main target species are the piping plover, red knot, black skimmer, American oystercatcher, and snowy plover. Snow is uncommon here, but we can always look forward to seeing snowy plovers.

Snowy plovers are small shorebirds that feed and roost along sandy beaches. Snowy plovers can be found year-round in Texas, but we only see them in the fall and winter at our survey sites. We have yet to have any nesting pairs and we mainly have Wilson’s plover nest during the breeding season.

Snowy plovers have both breeding and wintering plumage, but we mainly only see them in their winter plumage. They are pale gray-brown with white underparts, which makes them blend in perfectly with their sandy beach habitat. Snowy plovers and piping plovers look similar in their winter plumage, so they are somewhat difficult to distinguish in the field, but there are a few key differences between the two.

Snowy plovers mainly feed on insects such as beetles and flies. They feed on the shore or in mudflats and are often observed feeding in wrack or debris that is washed up on the shore. Their thin bills act as tweezers making it incredibly easy to snatch up bugs. They also feed on marine worms, small clams, mole crabs, and amphipods or sand fleas. Unlike sanderlings, which feed in flocks, snowy plovers tend to be solitary feeders, though they are often seen feeding alongside sanderlings and piping plovers. Their different bill sizes allow them to feed on different things, so there is plenty of food for everyone.

Snowy plovers and piping plovers blend in with the sand in order to hide from predators. But this also makes them incredibly vulnerable to people, vehicles and dogs. Snowy plovers often roost in groups with other shorebirds in open sandy areas, but one of their favorite spots to roost is within tire ruts. Please look before you drive or walk along the beach and keep your dogs on a leash.

On behalf of Gulf Coast Bird Observatory, thank you for reading and we hope you had a safe and happy holiday.

Taylor Bennett graduated from Old Dominion University with a Bachelor of Science degree in Biology concentrating in Marine Biology, and performs shorebird surveys along the upper Texas Coast. The GCBO is a nonprofit organization dedicated to saving the birds and their habitats along the entire Gulf Coast, and beyond into their Central and South America wintering grounds.