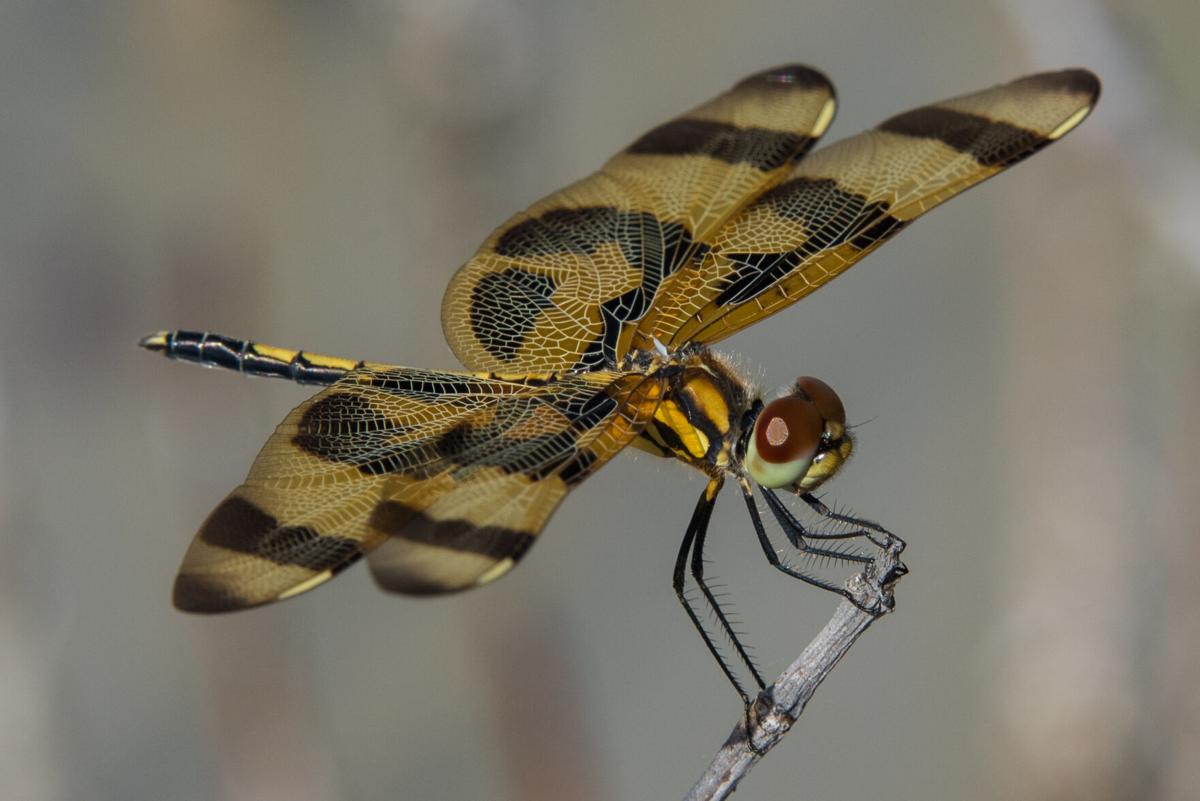 A Halloween pennant dragonfly rests on a twig; note the important characteristics that make dragonflies such effective hunters: large compound eyes, and their two sets of flexible wings. 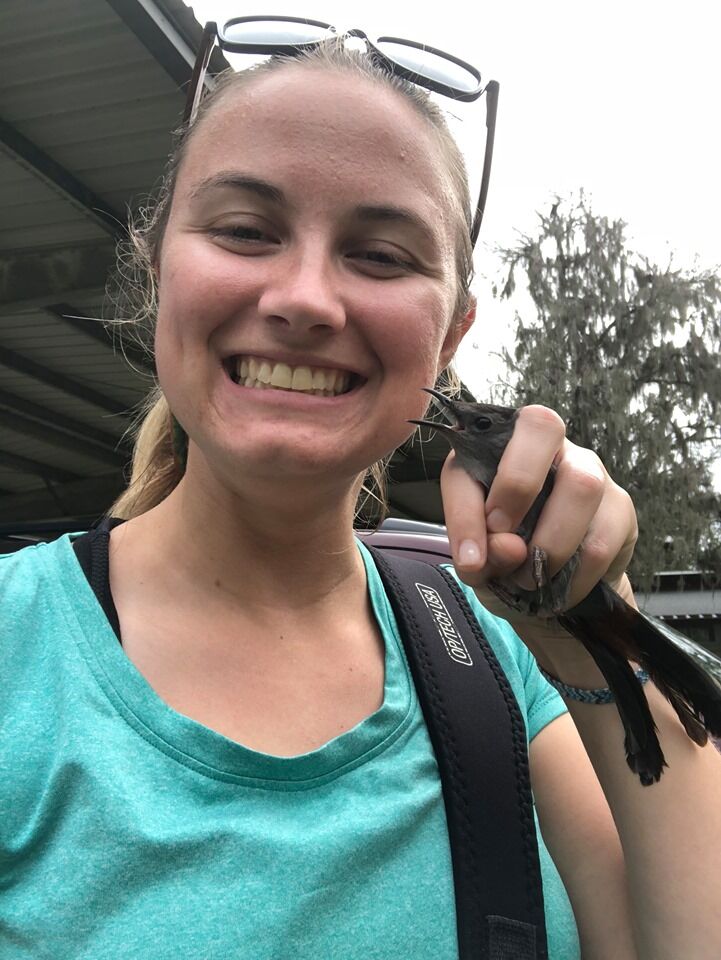 A Halloween pennant dragonfly rests on a twig; note the important characteristics that make dragonflies such effective hunters: large compound eyes, and their two sets of flexible wings.

This summer, the most effective predators in the world are coming to your neighborhood. In fact, they likely have already arrived.

Of course, I’m talking about the 2- to 5-inch long dragonflies that emerge every summer to feast on the abundant insect life. Acrobatic, colorful and speedy, dragonflies are a common sight in the summer.

Dragonflies can gobble up hundreds of insects per day, including mosquitoes, flies and other biting insects, making them valuable neighbors for us humans.

There are more than 3,000 species of dragonflies, and about 450 of those species can be found in North America. Dragonflies are known for their long, slender bodies, their double set of transparent wings and their large, multifaceted eyes.

Together, these traits make dragonflies one of the most effective predators on earth. In one study, dragonflies were observed to have up to a 95% success rate in capturing prey. For comparison, lions have about a 25% success rate.

So just how do dragonflies attain these impressive capture rates? Dragonflies are fast flyers, reaching speeds of up to 30 miles an hour.

In addition to speed, the two sets of wings can beat out of sync with each other, allowing for a huge variety of flight styles, including hovering and flying backward, as well as sharp turns and abrupt stops.

Dragonfly eyes are what’s known as compound, meaning they are made up of thousands of small photoreceptor units. You can think of this as many, many small lenses that can see images in many directions, whereas humans have one large lens, which can see in one direction at a time.

While a dragonfly’s overall image quality is low, their field of vision is huge and is uniquely tuned to spotting and tracking motion.

With all these traits, it’s no wonder dragonflies are good hunters. But there’s one more important piece to the puzzle — the brain function and processing power needed to intercept a tiny, flying insect midair, while also in flight. When hunting, a dragonfly will keep a visual lock on the prey item, meaning they will keep the location of the prey on their eye constantly. If they keep the prey’s location constant in their visual field as they fly toward it, they will intercept and catch the prey.

Dragonflies have specialized brain functions that correct the wing positioning and flight path when the prey item leaves the dedicated area of the visual field, allowing the dragonfly to correct its course and intercept the prey.

Dragonflies have existed on the Earth for more than 325 million years, so it’s no wonder they’ve evolved highly specialized methods for hunting.

So next time you see a dragonfly, think about all of the adaptations that make it one of the most effective hunters in the world, and be glad you aren’t its prey.

Morgan Barnes is a biology intern at the Gulf Coast Bird Observatory, a non-profit organization dedicated to saving the birds and their habitats along the entire Gulf Coast and beyond into their Central and South America wintering grounds.

This is very interesting, 4 wings. The Bible talks about these Angels that have 6 wings. They are called the Seraphim

Have you been out more to restaurants since Gov. Abbott allowed a greater capacity?