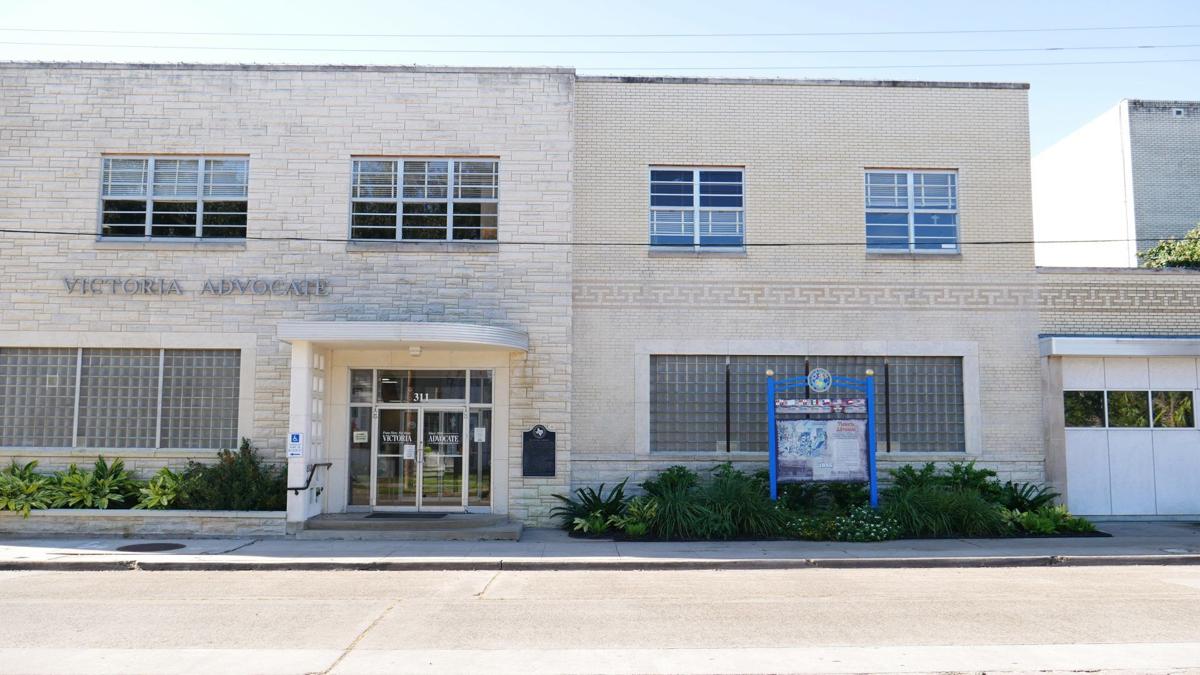 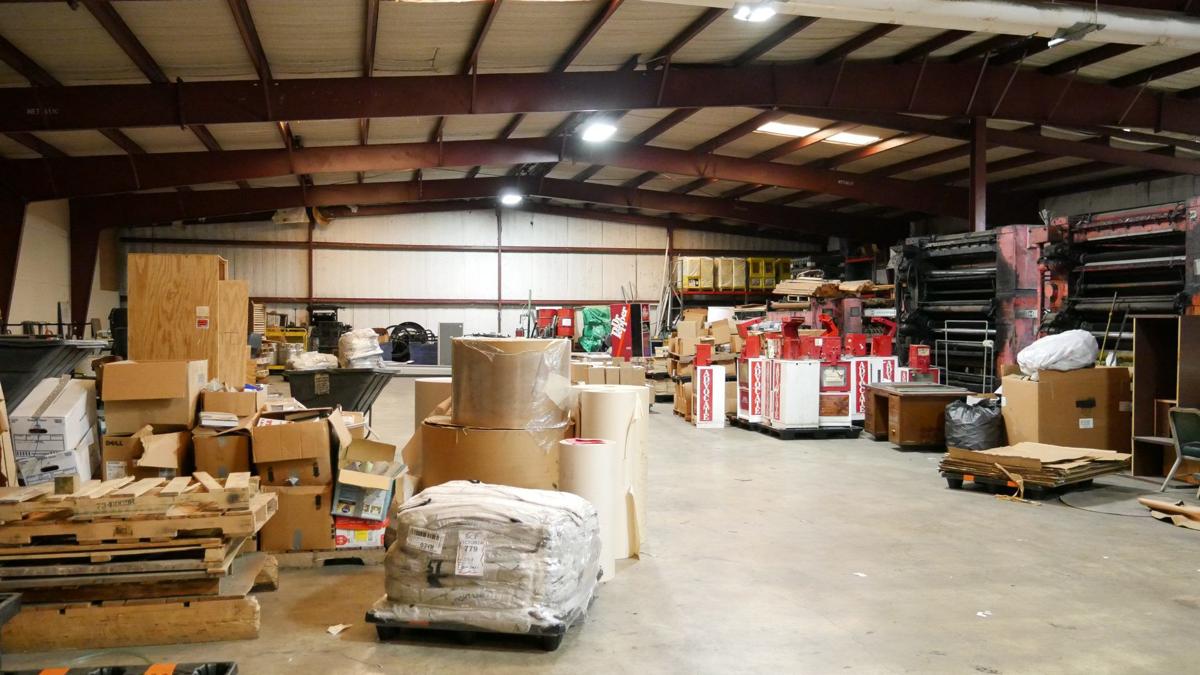 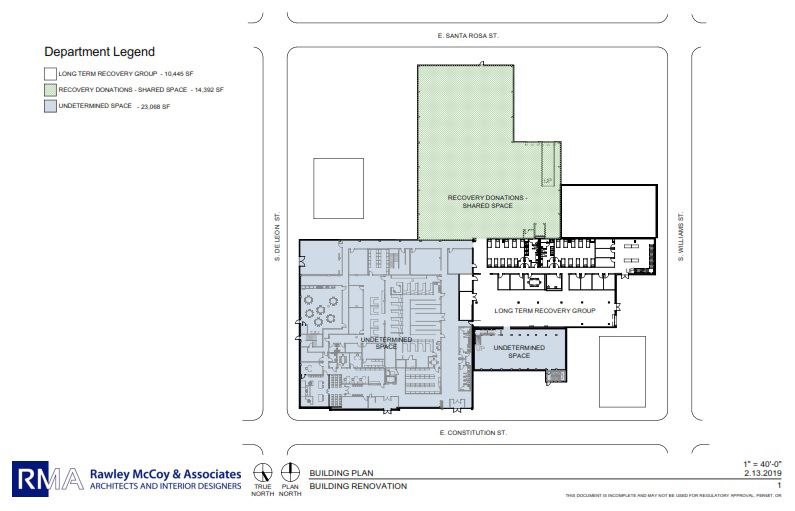 Rebuild Texas Fund plans to award Victoria County with a $1.1 million grant to purchase a building and warehouse that will serve as the Victoria County Regional Disaster Response and Recovery Center. The county will pay $100,000 and fund the maintenance of the facility.

Rebuild Texas Fund is committing $1.1 million to build a Victoria County Regional Disaster Response and Recovery Center designed to better prepare the Crossroads for its next disaster.

The project would likely be the first of its kind in the country, officials said. The center would be located in the Victoria Advocate’s current office building at 311 E. Constitution St.

Program Officer Cristina Cornejo said the grant of $1,099,000 would support the purchase of the Advocate building and upgrade of the 69,200-square-foot commercial space so it could become a permanent home for the Victoria County Long-Term Recovery Group and provide support to surrounding counties.

Rebuild Texas Fund is a joint initiative of the Michael and Susan Dell Foundation and the OneStar Foundation that already has donated $4.1 million to the Crossroads since Hurricane Harvey.

Victoria County commissioners are expected to vote Tuesday morning at their meeting to authorize Judge Ben Zeller to proceed with the purchase. The county would contribute $100,000 to the purchase cost and commit to future maintenance of the building.

“This partnership will be key in our ability to prepare for and recover from the next disaster that may come our way, and Victoria County is excited to play a part in it,” Zeller said in a phone interview Friday.

“During Hurricane Harvey, we all saw people working together in the community. We’re now blessed a year and a half later to see another big example of collaboration and teamwork,” he said. “Our community and really this entire area of the state will be better off because of it.”

The Roberts-McHaney family, which owns the daily newspaper, lowered the cost of the building by more than $400,000 for the proposed deal, according to the proposal.

The Victoria Advocate is looking for new office space that will better suit its current needs, Editor and Publisher Chris Cobler said. The newspaper, which is the second-oldest daily in Texas, has moved offices several times during its 173-year history.

According to the proposal, the building would serve as a local command center for local, state and federal workers, provide a safe haven for first responders and allow the Golden Crescent Community Organizations Active in Disaster space to provide critical disaster planning. The front portion of the building could be used for future county needs, officials said.

The Victoria County Long-Term Recovery Group would use the 14,264-square-foot warehouse space for short-term and long-term disaster recovery supplies such as tarps, clean-up kits and construction supplies.

The group has been renting warehouse space in Victoria for $3,800 a month to store the building materials used to help hurricane survivors.

Mark Longoria, president of the Victoria County Long-Term Recovery Group, said the partnership would help the agency stretch every dollar donated even further because it wouldn’t be paying rent on a warehouse.

The community pastor first got involved with relief and recovery efforts hours after the storm hit the Crossroads on Aug. 25, 2017. He remembers it was chaos trying to form a network of agencies and volunteers in the middle of a disaster.

“This has been an amazing journey and a struggle at the same time,” he said. But the regional center would allow the long-term recovery group to respond quickly and operate more efficiently during those critical hours.

“This is another way that we can show our community that we all care,” Longoria said. “We take pride in our community, and we also want to show our love for the people that have gone through so much.”

Commissioner Danny Garcia, who represents Precinct 1 of the county, recalled the chaos immediately after Harvey. Disaster response agencies came to the city, but weren’t sure where to set up, he said.

Disaster relief organizations are often looking for a place that can offer its workers temporary living quarters, he said. It was only by chance, he said, that he came across the Mennonite Disaster Service just as the group of volunteers were preparing to leave the area.

Garcia, who had been inundated with calls for help from constituents, directed them to the Bloomington and Placedo communities. Almost 18 months after Harvey, the organization is still repairing and rebuilding homes in the area.

Garcia said the Advocate building will allow officials to act a lot faster after a disaster and won’t ask people needing help to run all over town.

“The lesson learned here is that we weren’t as prepared as we could have been,” Garcia said. “After Harvey, we were at the zero-yard line, but this here is a touchdown.”

Applications for Harvey recovery program up 700 percent since mid-January

BLOOMINGTON – The parking lot was full at the First Baptist Church on Saturday morning, where the Texas General Land Office was taking applica…