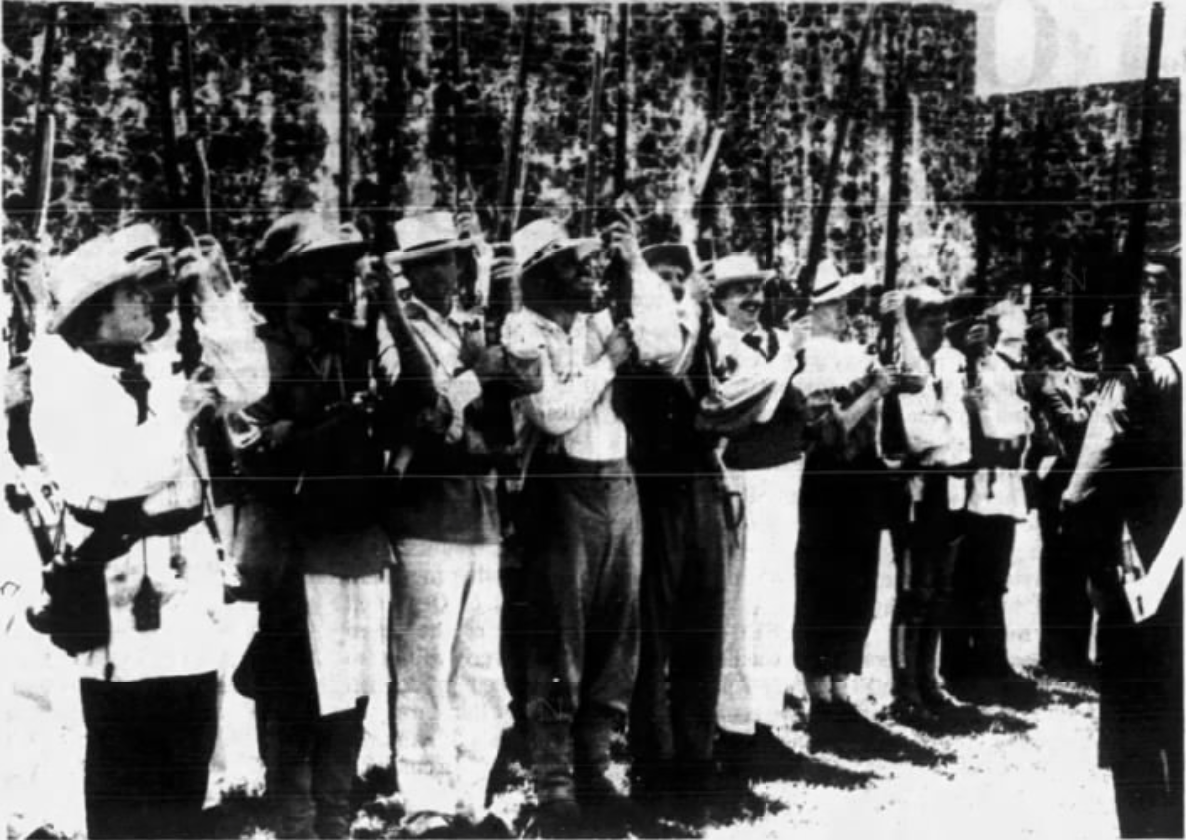 A group of reenactors gather for a photo at one of the first living history events of its kind at the Presidio La Bahía in Goliad, 1985. 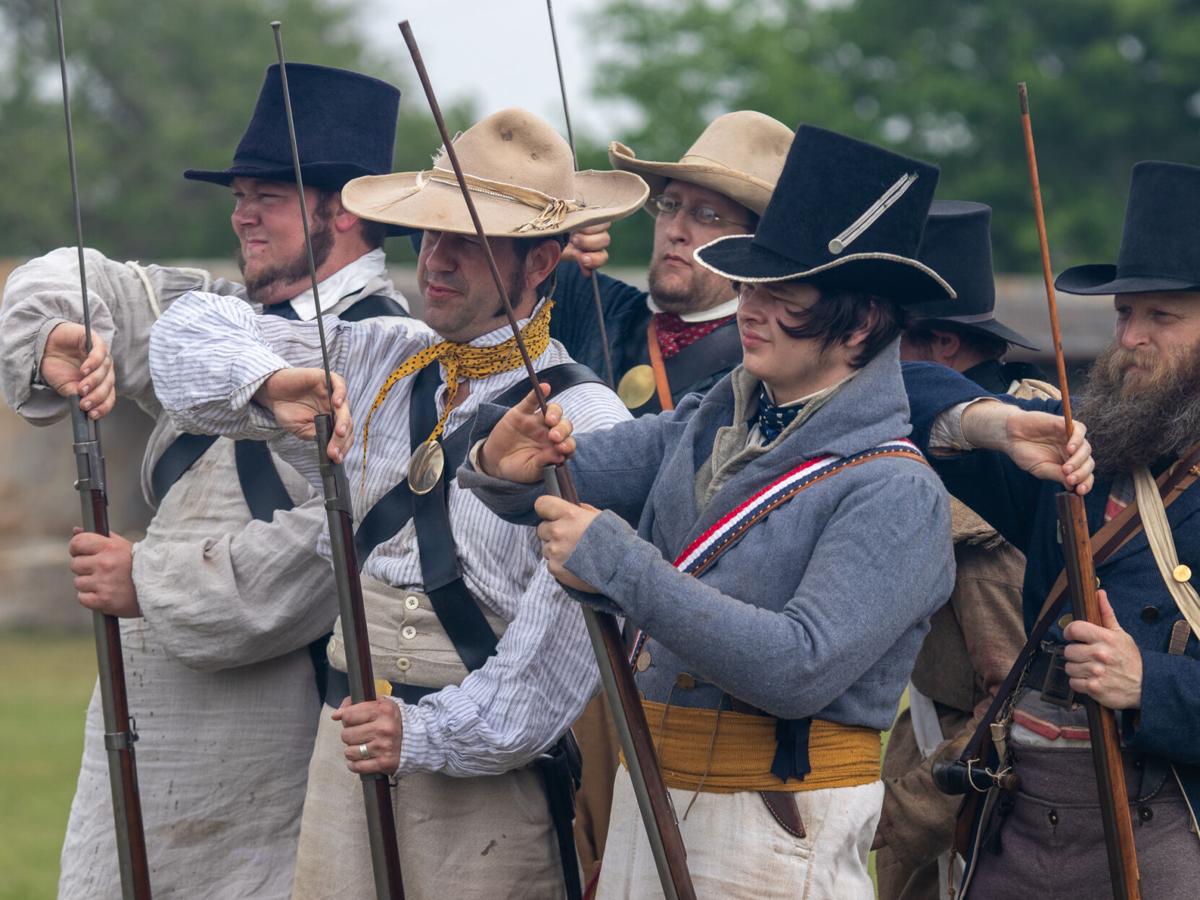 A group of reenactors reload their muskets as part of an annual demonstration at the Presidio La Bahía in Goliad County.

One of the darkest days of Texas's fight for independence against Mexico was March 27, 1836. The Goliad Massacre was a grim showcase of brutality, and it still weighs heavy in people's memory of the Texas Revolutionary War.

After a convincing Mexican victory at the Battle of Coleto Creek just a week before, more than 400 of his men were captured and held at the Presidio La Bahía, a fort previously constructed by the Spanish Army, in Goliad.

Within the walls of the Presidio, which took on the name Fort Defiance by the Texians, Fannin and his men received many letters with varying messages of hope or hardship.

"You can tell in many letters sent back and forth that it was a lot to take in," said Scott McMahon, the director of the Presidio. "Some of the men had just come back from the previous summer. I imagine that moral was a challenge among them."

"The entirety of this time was very hard for the Texians and their allies," said Wade Dillon, a museum coordinator at Freeport Historical Museum. "I think many of them likely knew they would die."

At the direct request of the general and president of Mexico Antonio Lopez de Santa Anna, the men were executed on Palm Sunday, March 27, 1836. Despite the appeals for clemency by General José de Urrea, the massacre was reluctantly carried out by Lt. Colonel José Nicolás de la Portilla. Correspondence between the two army officials showed that Urrea was hesitant to kill the men, McMahon said.

Fannin, knowing he was going to die, made three requests of the Mexican army officials: one, to return his watch to his wife; two, to be shot in the chest rather than the face; and three, a Christian burial. None of these requests were met, Dillon said.

While a dark day in the state's history, McMahon said it is important to keep the history alive as director of the Presidio, he has helped organize and participated in one of the largest living history events in the county on the hallowed grounds. Excluding last year because of the pandemic, the event has been held every year for 35 years.

"It was originally to celebrate the 150th anniversary of Texas Independence and it stuck around," he said. "Reenacting is a great way to put the history out there for people who otherwise wouldn't have heard it."

"The Alamo is in the middle of the huge metropolis that is San Antonio. I think you lose some of the experience because of that," he said. "Goliad is quite enough that, if you really take in the surroundings, it is just like you were there in the 1800s. There really isn't anything like it."