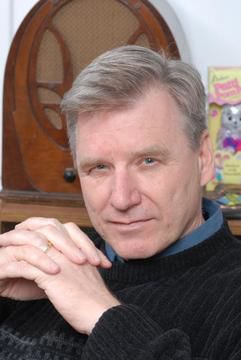 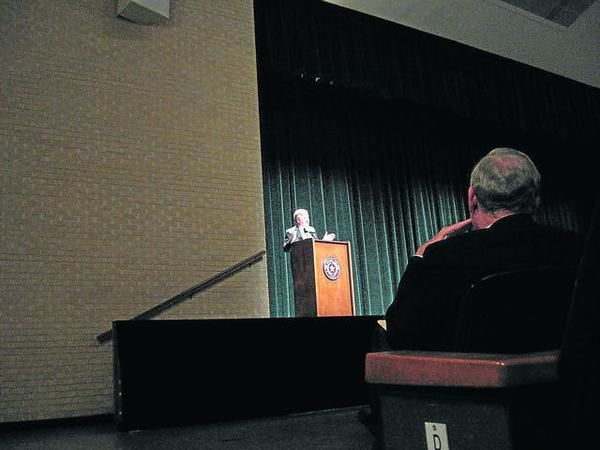 "Mental illness can happen to anyone," said New York Times best-selling author Pete Earley offstage, as people filed into the Victoria College auditorium Tuesday night for his lecture on the criminalization of the mentally ill.

A nearly full auditorium of Victoria College Lyceum Series attendees sat captivated by Earley's story of his son's bipolar disorder, his experience as a father and as a former investigative reporter, who explored the mentally ill in and outside of the penal system, where the mentally ill more than often ended up in prison and not in a facility to help them.

Roxanne Leon sat outside the auditorium prior to the lecture with Earley's book, "Crazy," which he touched on during the lecture.

"I have already taken 'mental health,'" said Leon, a licensed vocational nurse who is studying to become a registered nurse.

She bought Earley's publication at the bookstore, but hadn't begun to read or dissect it, she said.

The 33-year-old Port Lavaca woman said she is most interested in learning about the diagnosis of mental disorders, like schizophrenia and bipolar disorder.

"The heart gets sick, and so does the brain," said Earley of mental illness during the first minutes of his lecture.

Don Polzin, the executive director of Gulf Bend Center, introduced Earley, who is one of his good friends.

"It's a societal issue we cannot afford to ignore," Polzin said.

The meeting helped him gain a grasp of what the community is like in Victoria, he said.

"I've been really impressed in Victoria," he said. "(Victoria) has a real community spirit, and that is the real key to a lot of this, is cooperation."

Dr. Wayne Goff, a retired psychiatrist, came to Victoria in 1987 in during what he called the "golden age of psychiatry."

Goff refers to a floor once dedicated to mental illness that once existed at DeTar, he said.

The reason for the decrease in quality of mental illness health care is all about money, he added.

Regardless, he complimented the psychiatrists who currently practice in Victoria and Gulf Bend for their efforts in a still changing mental health environment.

Those efforts are what's needed to continue to be brought forth, Earley said.

One of the best things about David Frankson’s new apartment is the drip coffee maker that sits by his sink.

J.R. Ortega is the copy desk chief for the Victoria Advocate. He also writes about gaming news. Follow him on Twitter, @gmrs_thmb.